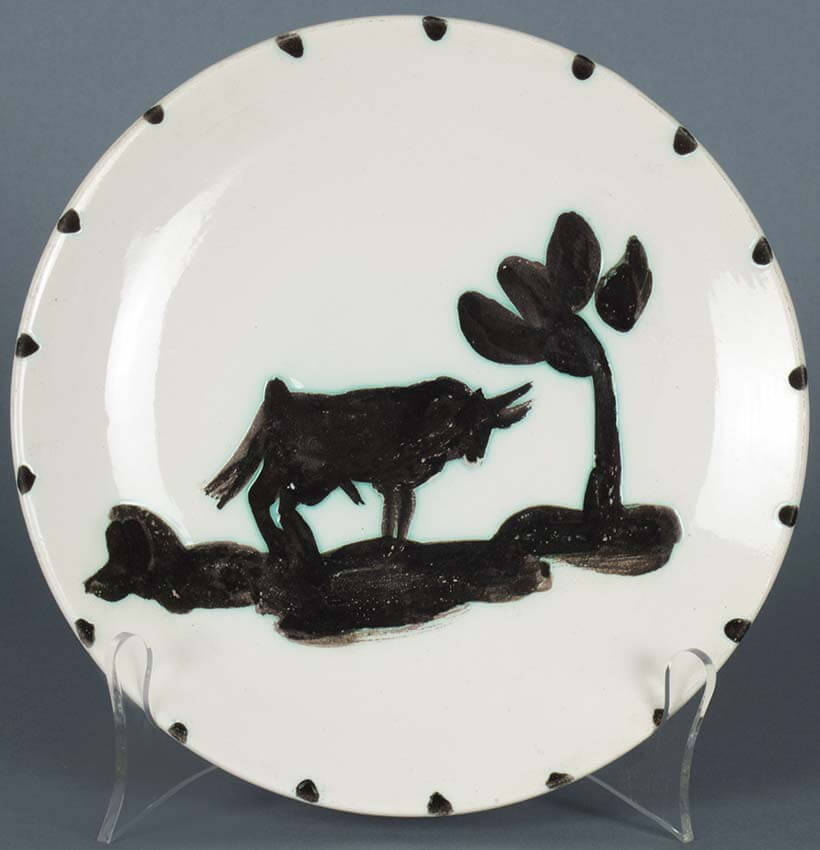 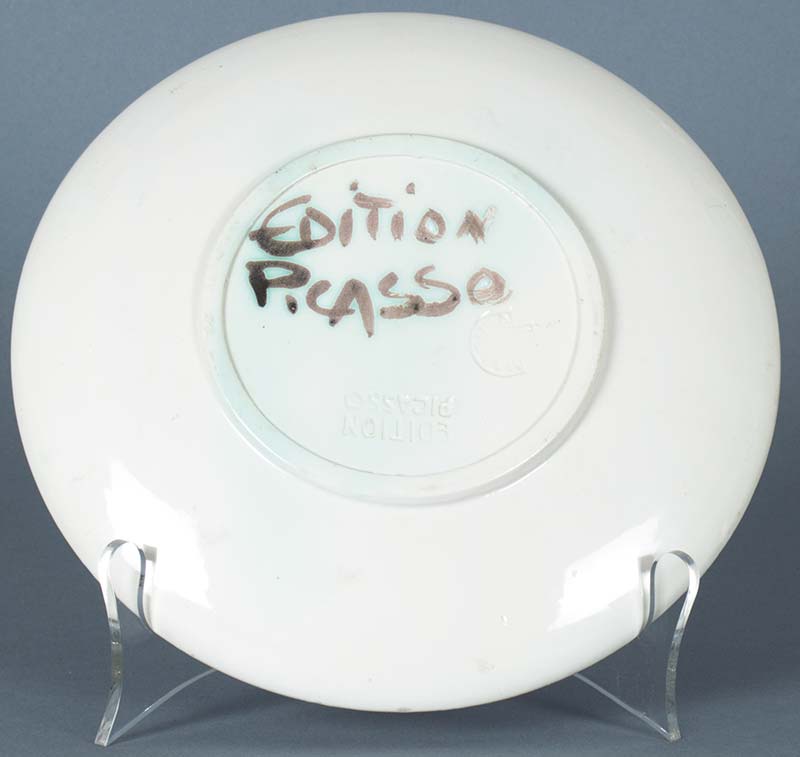 Displayed in a robust fashion, the musculature and mass of the bull is represented by the rounded forms of the back and legs. The addition of green tones around the painted forms and dots around the rim adds a sense of vitality and energy to the work. "In the work of Picasso, the bull is like one of those Spanish rivers, turbulent and agitated, which lose themselves among the brambles, rocks, and reeds, only to reappear later at some other place further on, in plain sight. There are times when it appears that the bull is adumbrated even in the "figures" of the painter, figures as profound as they are debatable and enigmatic" (Marrero, 83).

DOCUMENTED AND ILLUSTRATED IN:
1. Ramié, A. (1988) Picasso Catalogue of the edited ceramic works 1947-1971. Listed and illustrated as catalogue raisonné no. 159.
2. A Certificate of Authenticity will accompany this work.