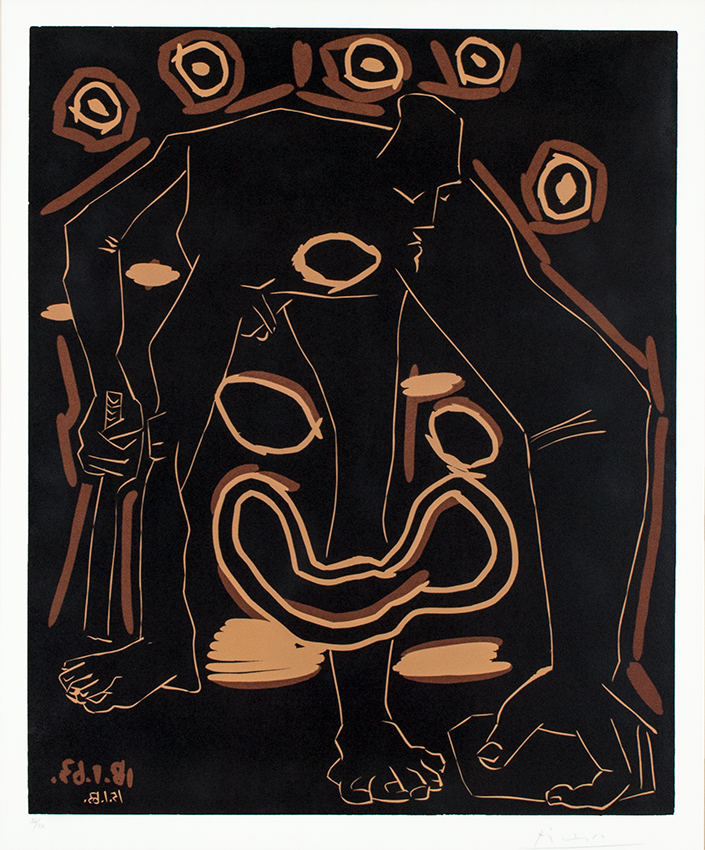 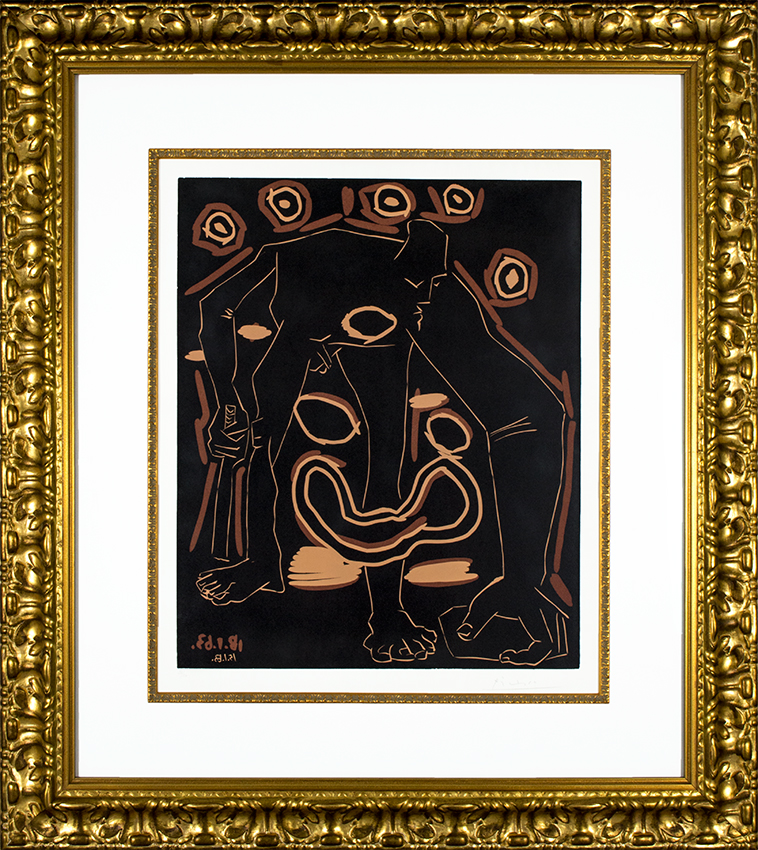 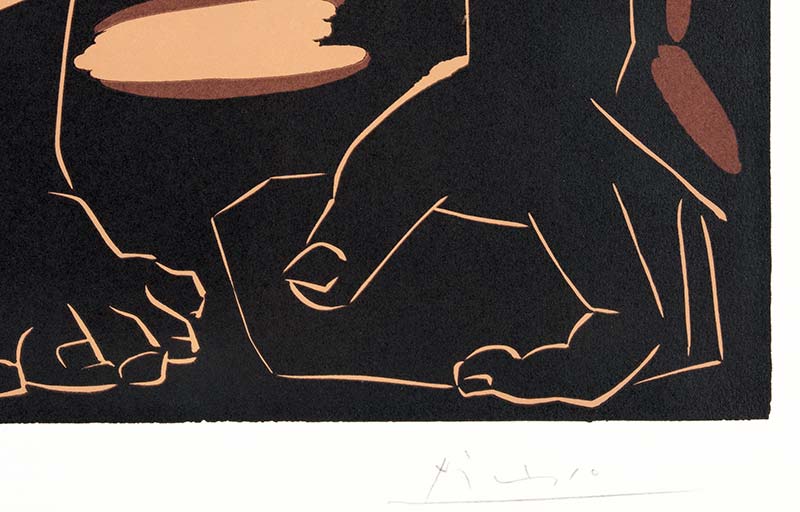 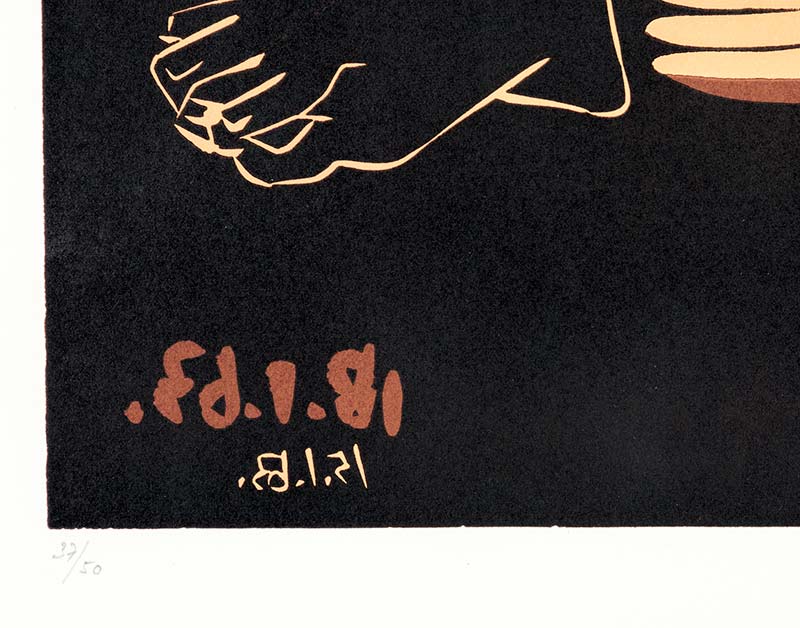 This fascinating rendition of the male figure in astounding form serves as the complement to Picasso’s alternate linocut from the same series, Standing Female Nude.  Picasso's Man with a Stick, however, has been presented in immaculate and Herculean stature with his resounding body mass leaning towards us in captivating gesture.  He is transfixed with an object in the foreground as Picasso has cleverly altered the size and shape of his forearm to appear larger than the rest of his body.  The hero is thus centered in the background, but clearly encouraging a dialogue and relationship with his audience that is just beyond the limits of the frame.  It is a piece that provokes movement and momentum; a grand work that exemplifies Picasso’s venture into the print medium.

Catalogue Raisonné & COA:
Pablo Picasso Homme au baton (Man with a Stick), 1963 is fully documented and referenced in the below catalogue raisonnés and texts (copies will be enclosed as added documentation with the invoices that will accompany the final sale of the work):