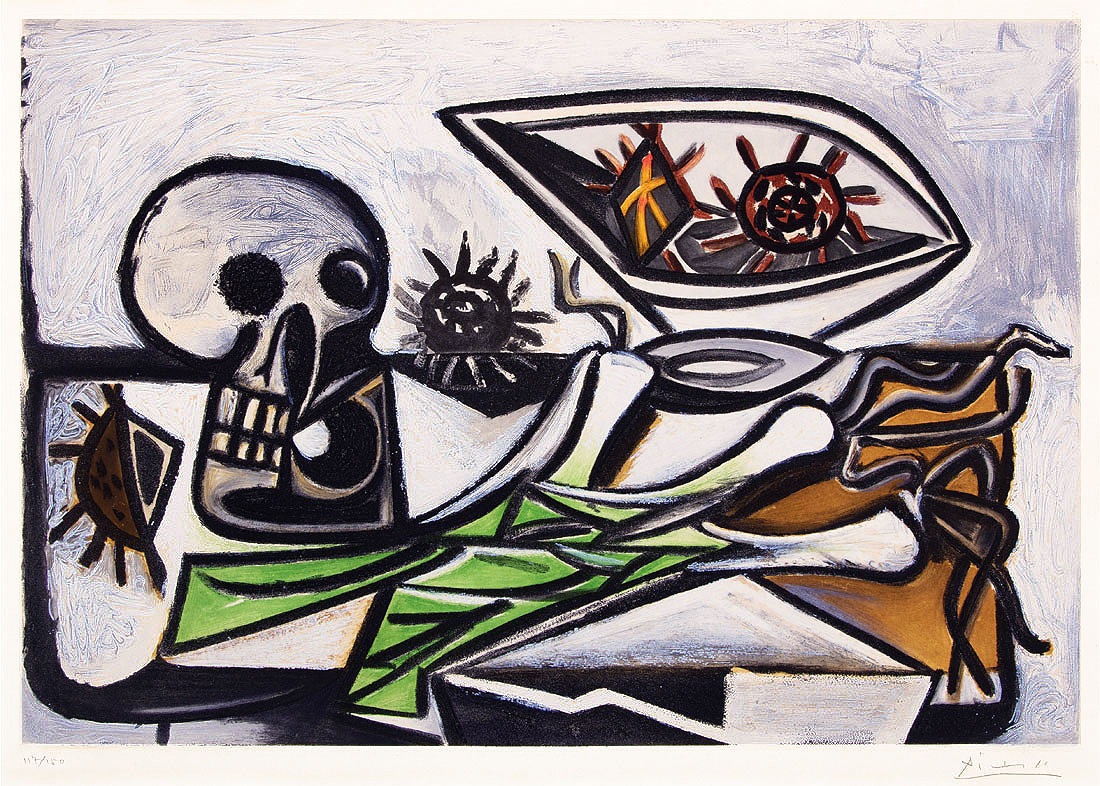 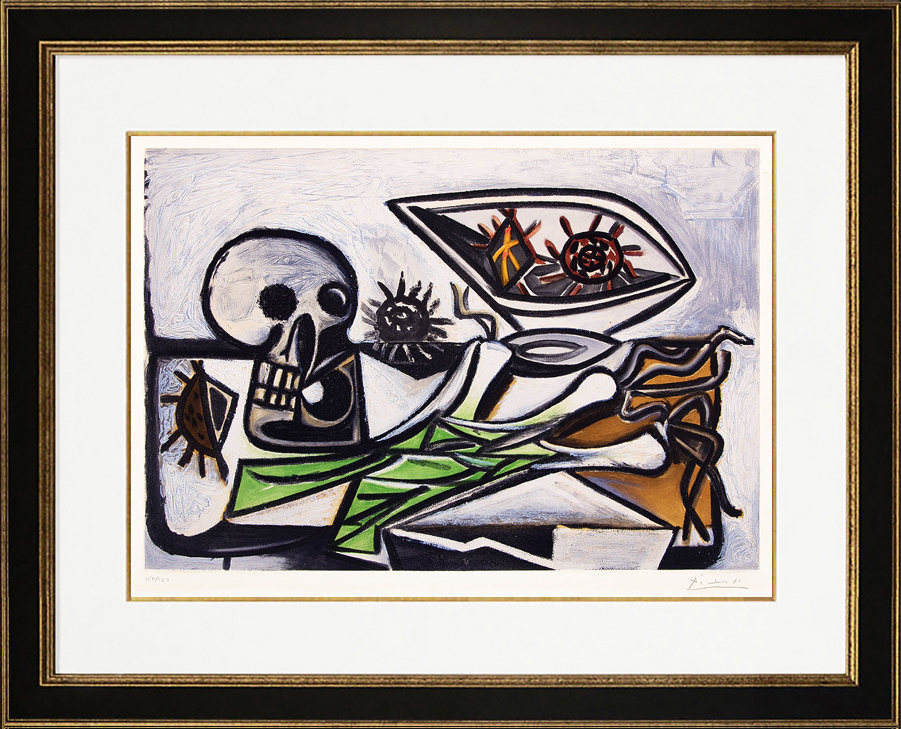 Pablo Picasso's Nature morte au crane (Still Life with Skull), 1960 is a beautifully vibrant color aquatint done after the artist's 1947 painting. The composition is Picasso's cubist take on a traditional still life, with a large human skull and green onions spread out with other objects on a table. This print is an incredible example of Picasso's talent in abstracting everyday objects into new and unrecognizable shapes. The still life has been a staple in traditional painting since the Renaissance, when it first became popular, and many artists tackle the subject during their career. Here, Picasso takes on the still life and creates his own version of the genre, one that is full of odd angles, flattened perspective, and vague forms. He used thick black lines to create the outlining of the objects as well as hint at shadowing to create a slight sense of depth. The flattening of perspective and the use of geometric abstraction are both hallmarks of Picasso's distinctive cubist style and this combined with the pleasantly mellow color palette work together to form a captivating work of art.

Catalogue Raisonné & COA:
Pablo Picasso Nature morte au crane (Still Life with Skull), 1960 is fully documented and referenced in the below catalogue raisonnès and texts (copies will be enclosed as added documentation with the invoices that will accompany the sale of the work).