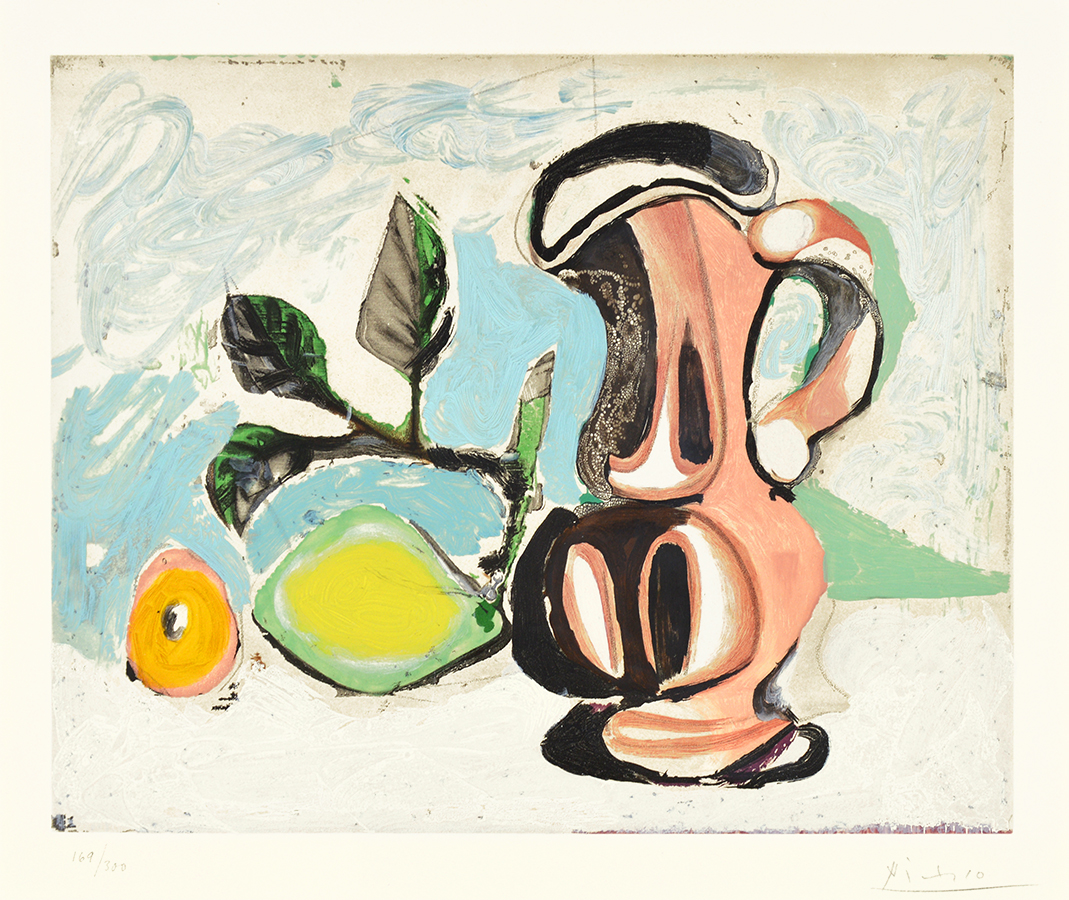 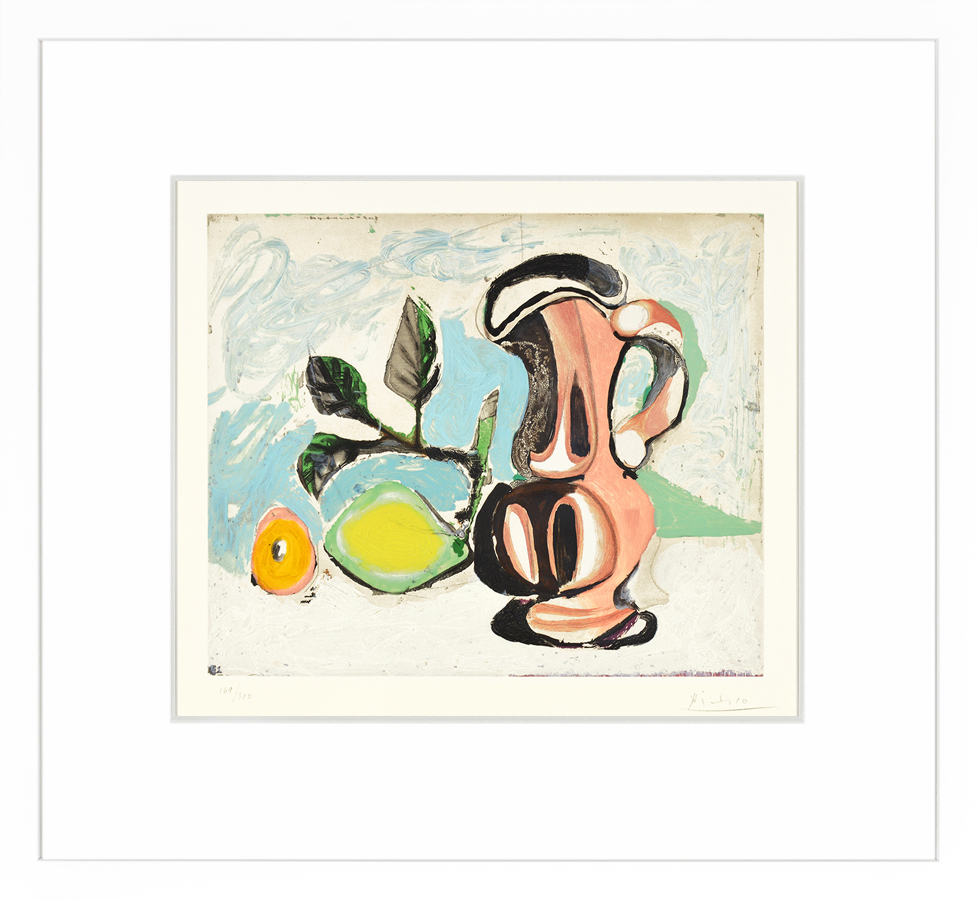 Picasso Nature morte au citron et un pichet rouge (Still Life with Lemon and Red  Pitcher), c.1955 is a colorful still life scene set against a pale blue background. Picasso captures these ordinary, everyday objects of his surroundings with vibrancy, contrast, and character. The picturesque setting is a seamless fusion of naturalism and cubism; the subject matter, a small, ripe orange, a lemon with leafy stem intact, and a water pitcher, is immediately recognizable, yet enhanced by heightened colors and a stylized execution. The sumptuously drawn red pitcher is featured in the right of the composition; curvilinear lines define the water vessel, and abstract forms of pink, white, red, and black imply shadow and highlights. To the left, the two citrus fruits add more color and interest to the charming display of domesticity. Picasso still life artworks are never as straightforward as they may first seem. Behind the simple appearance is often a metaphor to his personal life or current political climate. Likely an ode to Marie-Thérèse Walter, the pleasing palette and sensuous lines allude to his muse’s femininity and their seemingly idyllic relationship with her as a devoted mother to his daughter Maya.

Created c.1955, this color aquatint on BFK Rives wove paper is hand-signed by Pablo Picasso (Malaga, 1881 - Mougins, 1973) in pencil in the lower right margin Numbered from the edition of 300 in the lower left, this work was Printed and published by Atelier Crommelynck, Paris; this work contains the Atelier Crommelynck blindstamp. This work is created after the original oil on canvas by entitled Nature morte au pichet that Picasso painted on January 16, 1937.

Catalogue Raisonné & COA:
Pablo Picasso Still Life with Lemon and Red Pitcher (Nature morte au citron et un pichet rouge) c.1955 is fully documented and referenced in the below catalogue raisonnés and texts (copies will be enclosed as added documentation with the invoices that will accompany the sale of the work).
1. Alan Wofsy Fine Arts. Picasso's Paintings, Watercolors, Drawings & Sculpture: A Comprehensive Illustrated Catalogue, 1885-1973, Spanish Civil War, 1937-1939. San Francisco: Alan Wofsy Fine Arts, 1997. The original oil on canvas that this aquatint is based on is listed and illustrated as catalogue no. 37:009.
2. A Certificate of Authenticity will accompany this artwork.