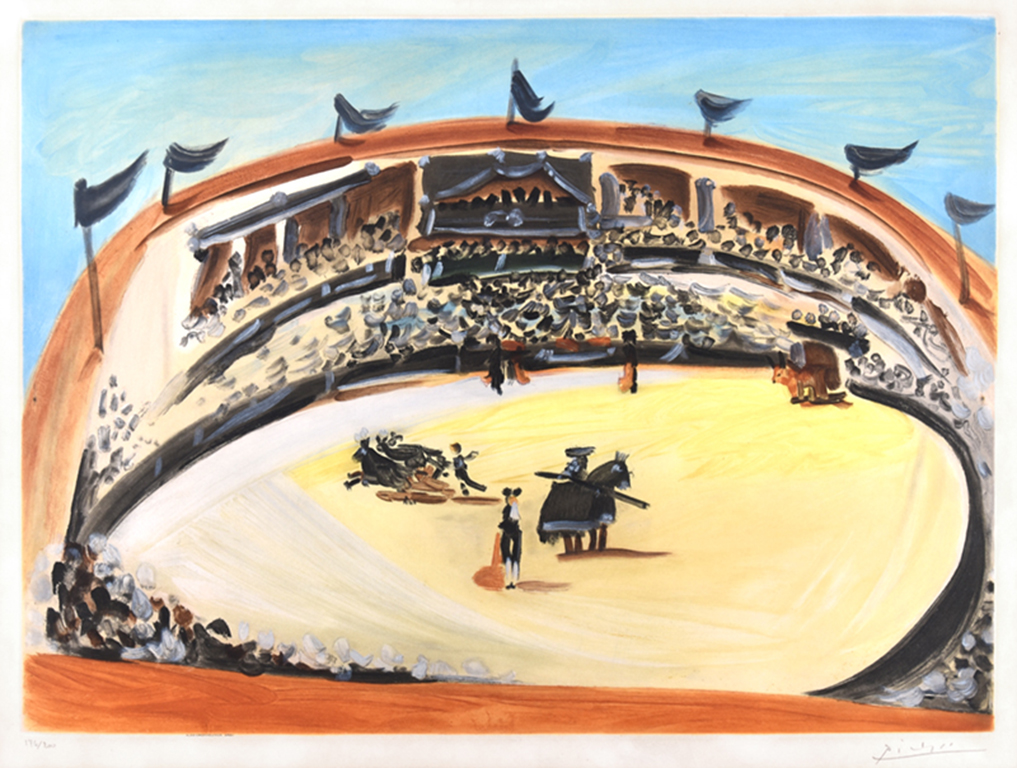 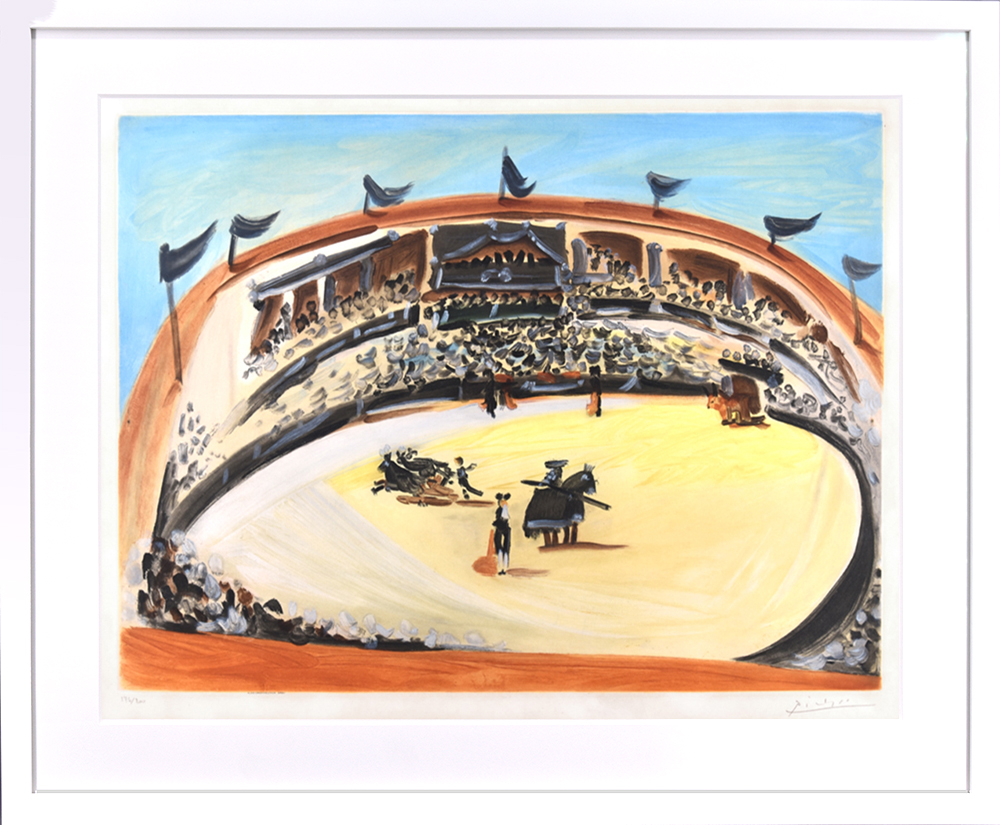 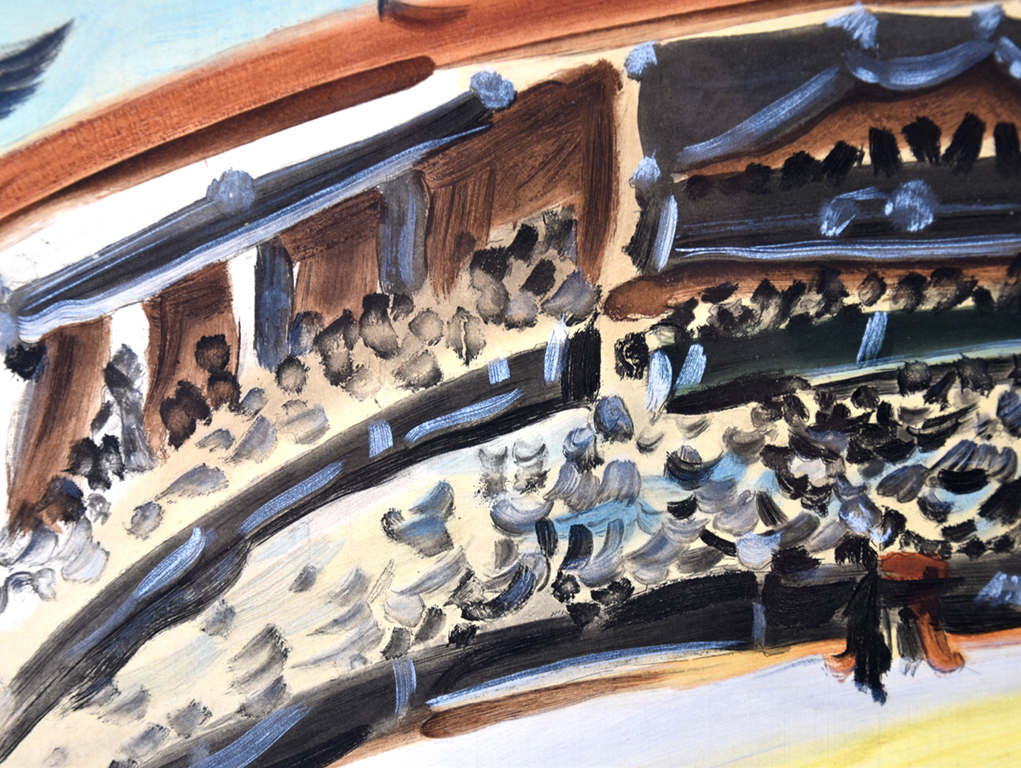 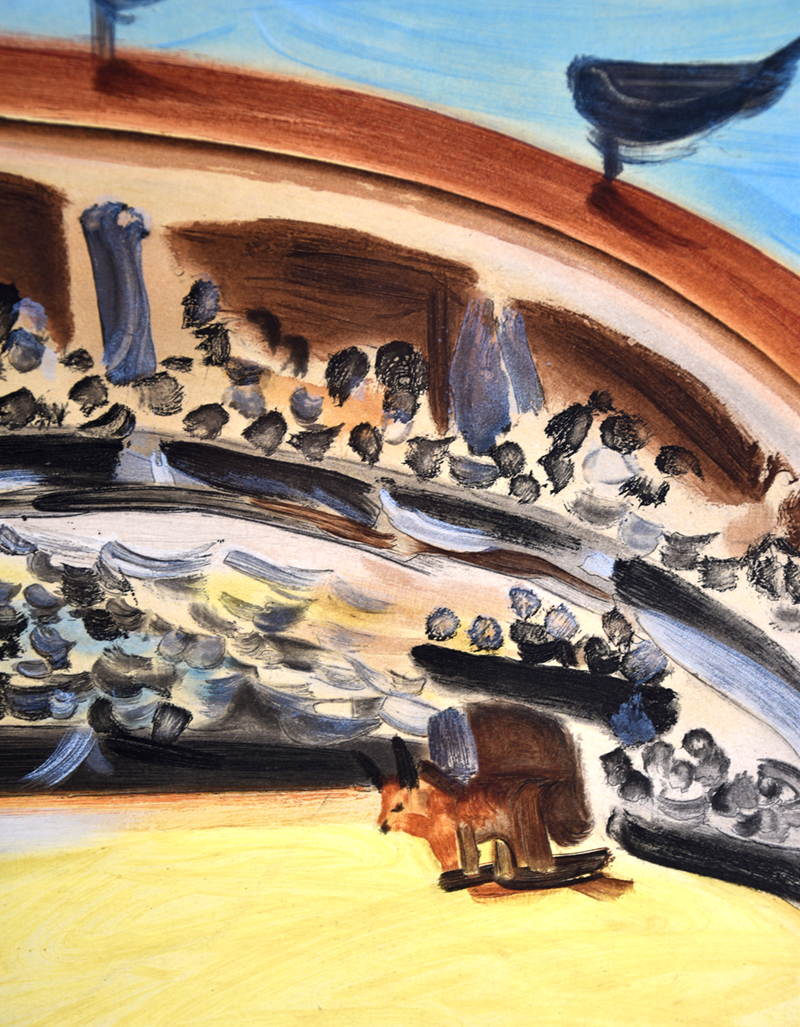 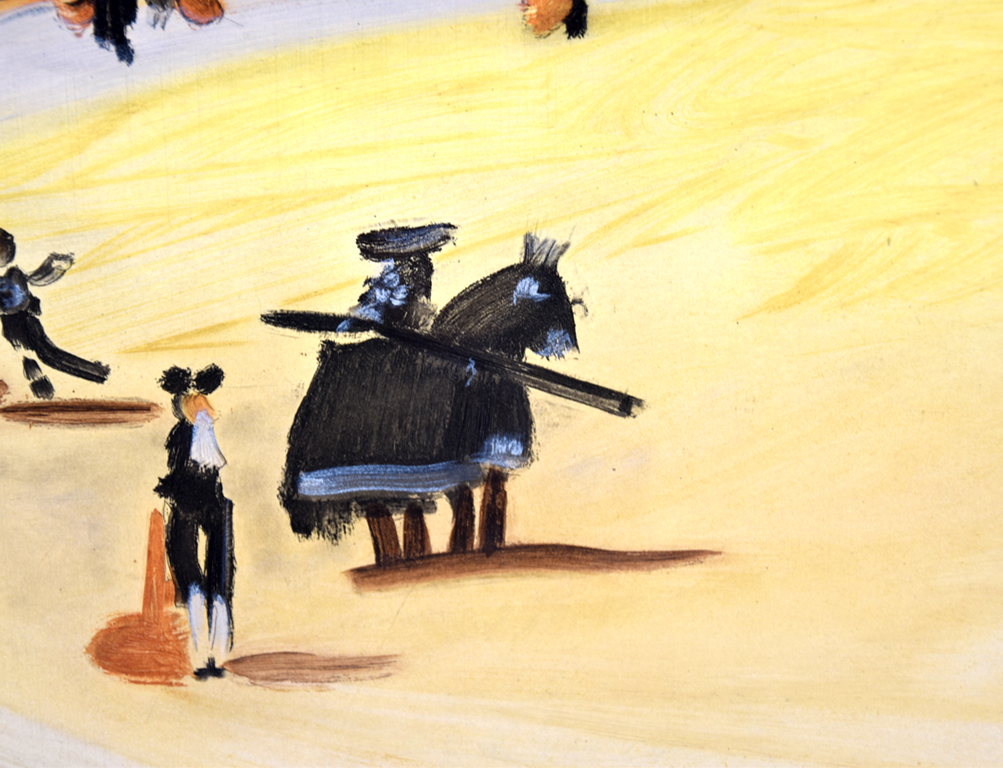 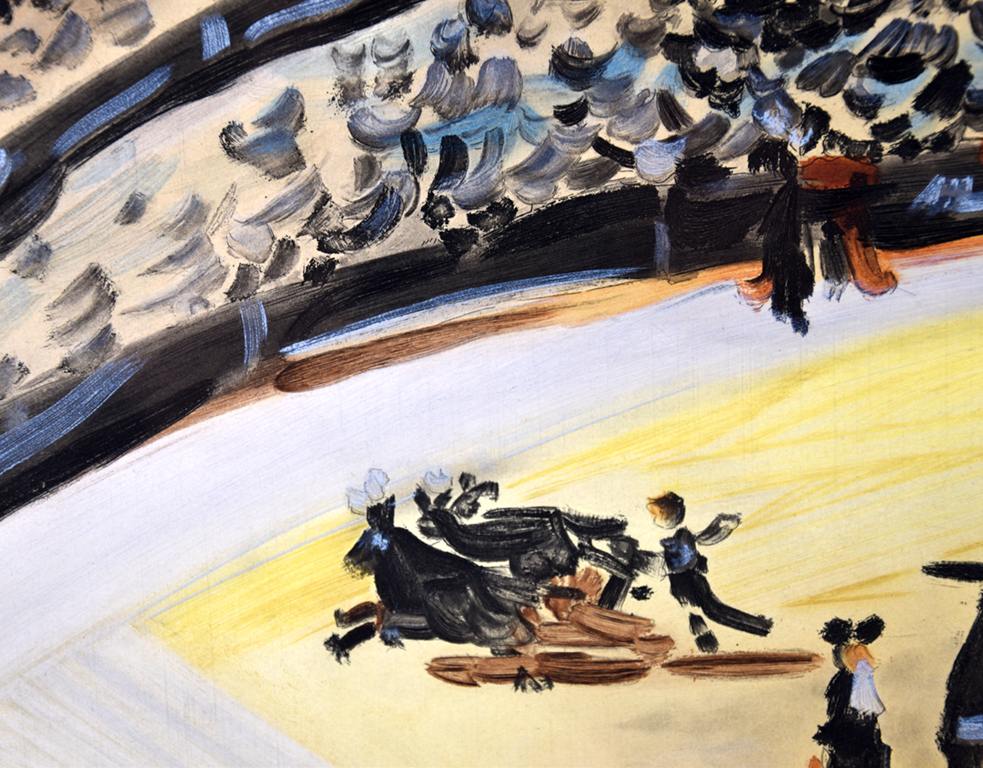 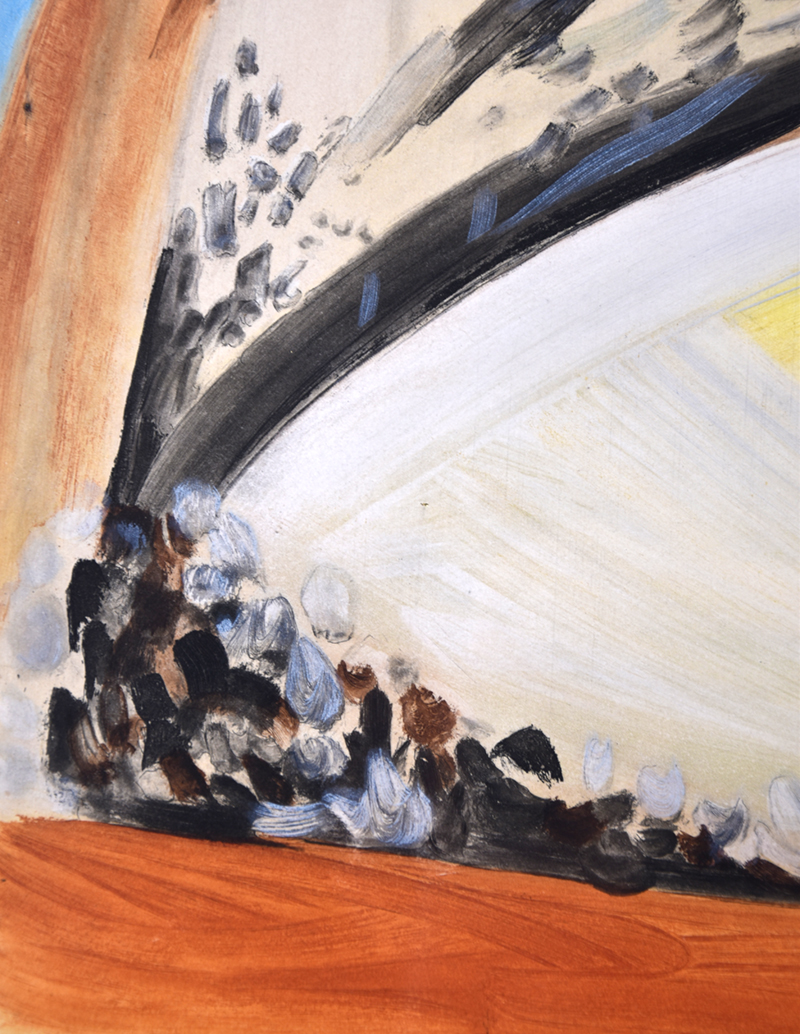 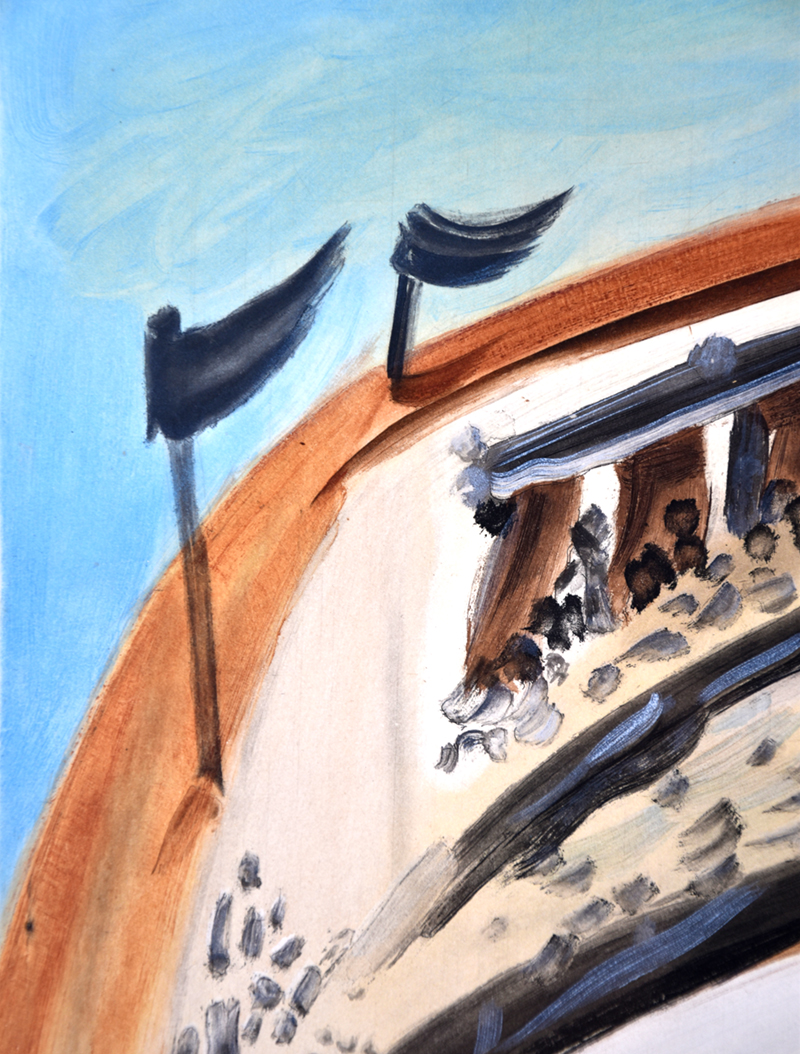 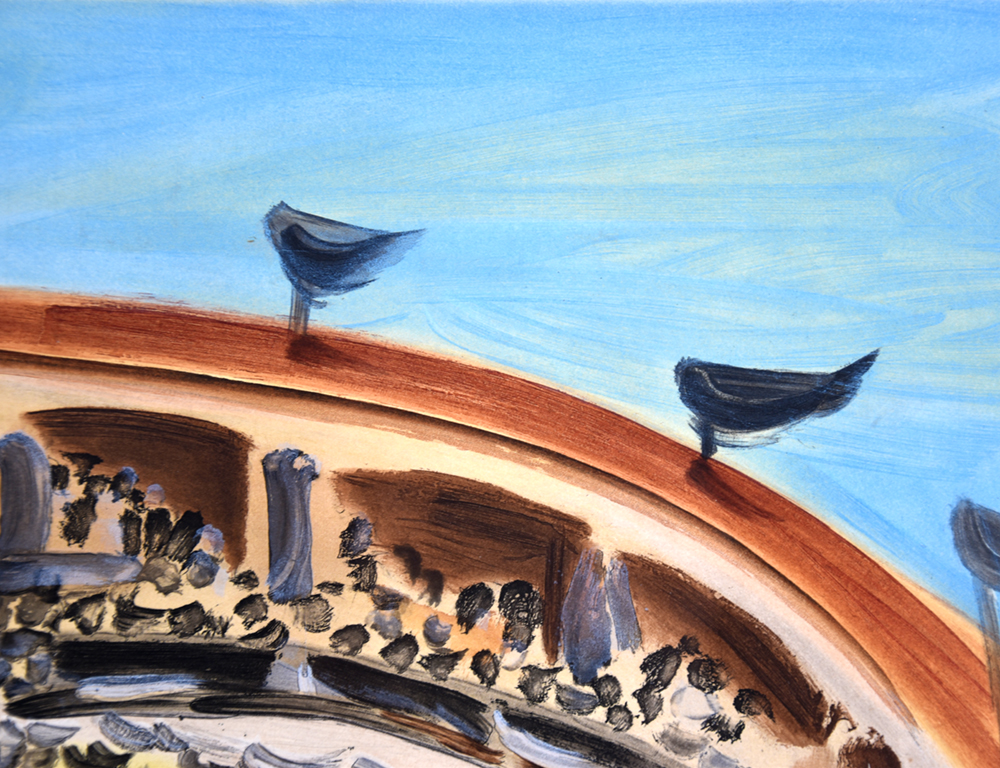 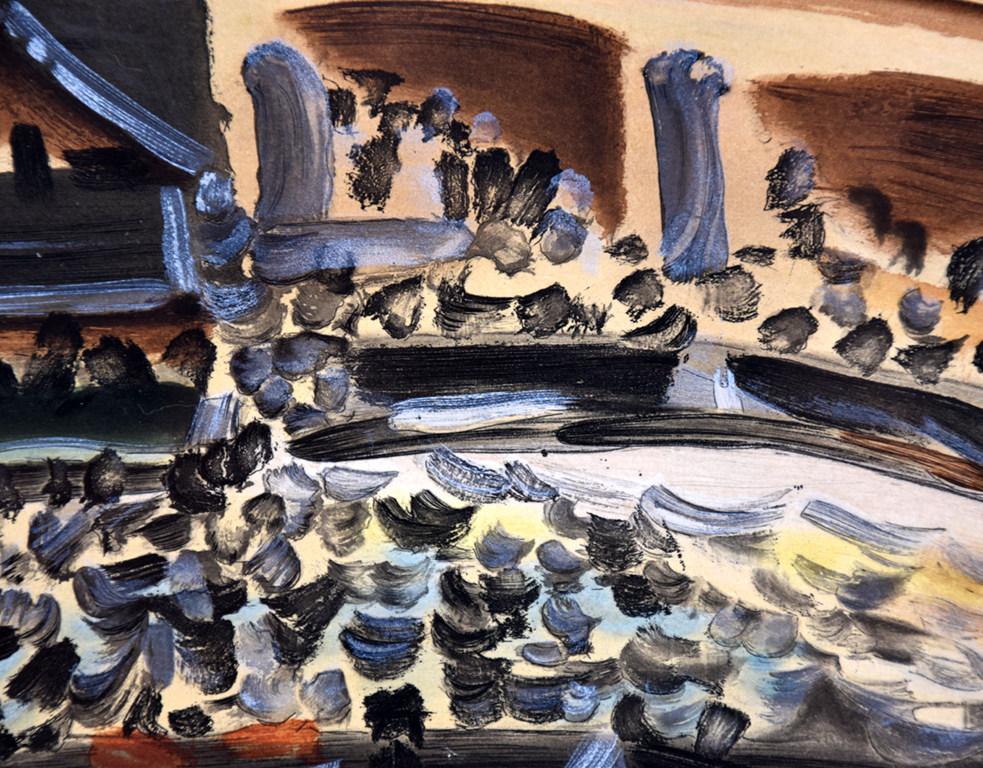 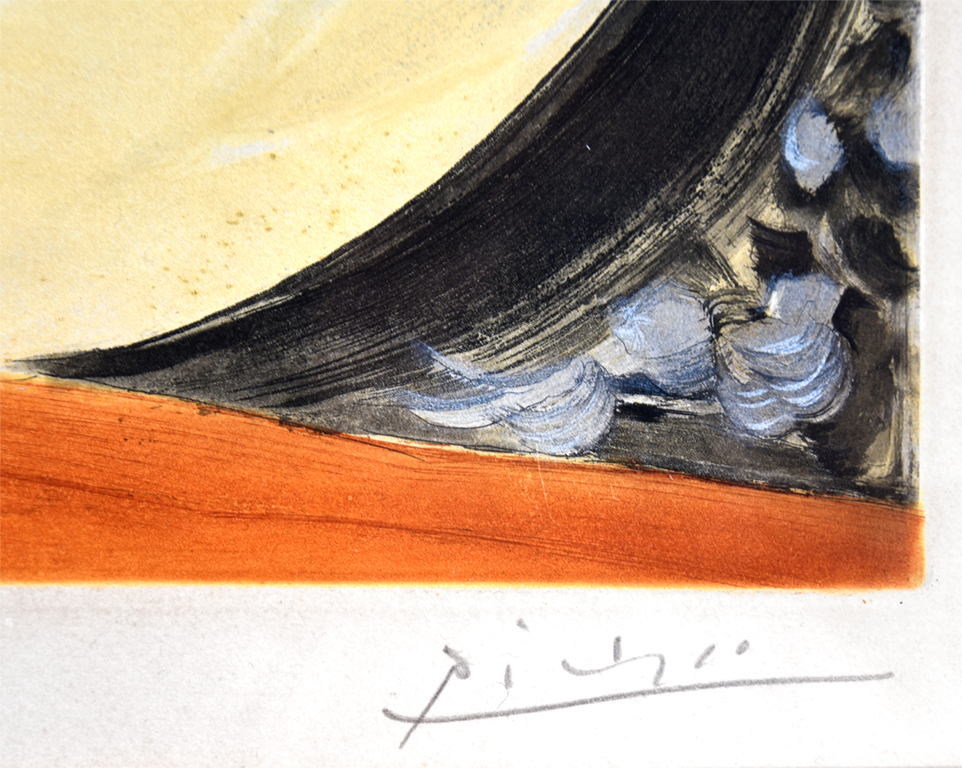 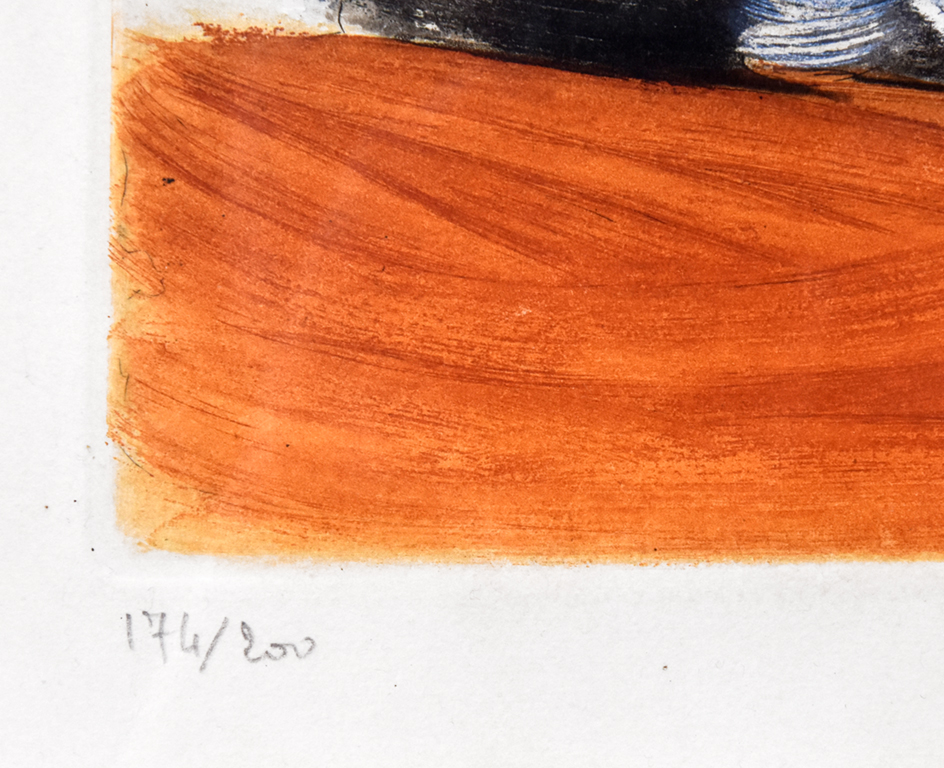 Incredibly bright and stunning to view in person, the colors in this work allow for an overall exciting and vibrant composition. Full of action and capturing the energy and emotion of an arena during a mid-summer's day, Pablo Picasso La Corrida (The Bullfight), 1956 is one of Picasso's best works. "In the work of Picasso, the bull is like one of those Spanish rivers, turbulent and agitated, which lose themselves among the brambles, rocks, and reeds, only to reappear later at some other place further on, in plain sight. There are times when it appears that the bull is adumbrated even in the 'figures' of the painter, figures as profound as they are debatable and enigmatic" (Marrero, 83).

Catalogue Raisonné & COA:
Pablo Picasso La Corrida (The Bullfight), 1956 is documented and referenced in the below catalogue raisonnés and texts (copies will be enclosed as added documentation with the invoices that will accompany the final sale of the work) :

About the Framing:
Pablo Picasso La Corrida (The Bullfight), 1956 is framed to museum-grade, conservation standards, presented in a complementary moulding and finished with linen-wrapped mats and optical grade Plexiglas.