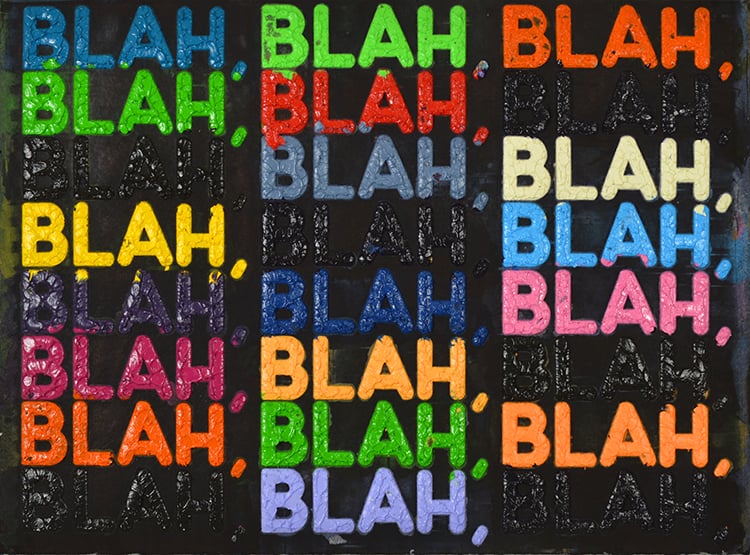 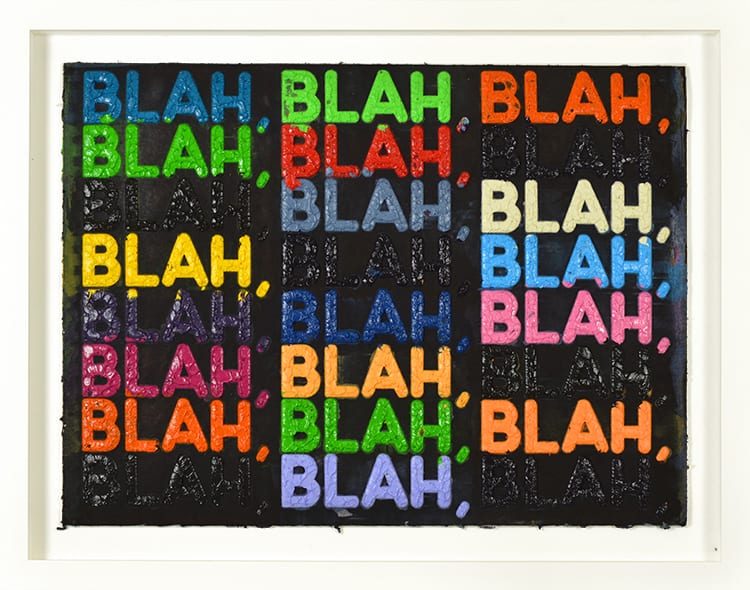 Rich colors stand out upon your first glance at Mel Bochner Blah, Blah, Blah, 2019. The background consists of four different registers, from pink at the top, to blue, to red, and finally a deep black on the bottom. The letters laid upon the top are built in 3-dimension of creamy oil paint in solid, strong colors. The embossed letters are executed in a capitalized and uniform type face with rounded corners and crisp edges. The letters are in the same palette as the background, undulating between the tertiary hues of pink, purple, and blue. The repeated word occupies the expanse of the image as if composed within a linear grid. Throughout this grid, Bochner plays with the levels of contrast, heightening the intensity in certain sections, and reducing the degree in other areas.

The colorful monoprint is not only fun to look at, but carries and air of gaiety around the subject of fine art – something that is so often considered all too serious. Bochner uses powerful words to make the viewer think about how they “ascribe character and feelings to things, even the inanimate, that have none.” He seeks to incite a reaction in the viewer, and certainly the use of such color and such bold language will no doubt do the trick.

Created in 2019, this monoprint with collage, engraving and embossment on hand-dyed Twinrocker handmade paper is hand signed and dated by Mel Bochner (Pittsburgh, 1940 - ) in pencil in the lower recto. Mel Bochner Blah, Blah, Blah, 2019 is a unique and original work.

Catalogue Raisonné & COA:
Mel Bochner Blah, Blah, Blah, 2019 is fully documented and referenced in the below catalogue raisonnés and texts (copies will be enclosed as added documentation with the invoices accompanying the final sale of the work):

About the Framing:
Framed to museum-grade, conservation standards, Mel Bochner Blah, Blah, Blah, 2019 is presented in a complementary moulding. 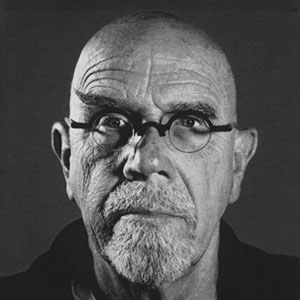 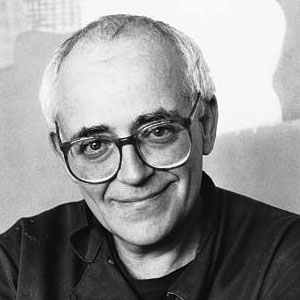 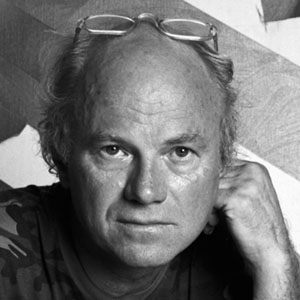 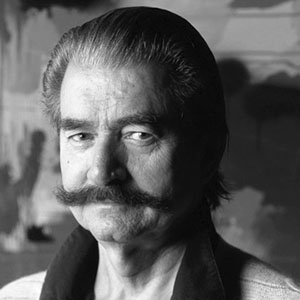