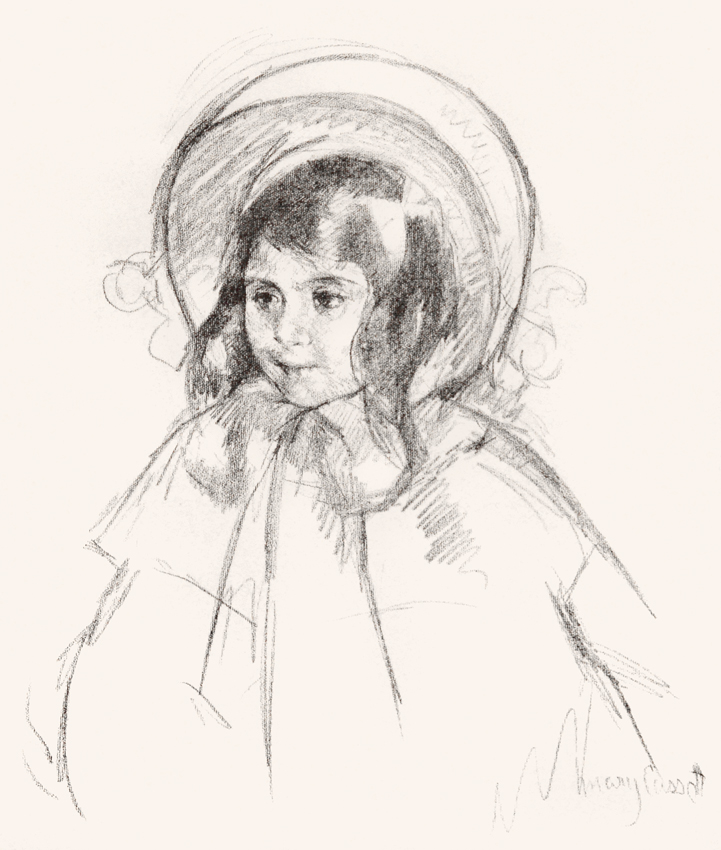 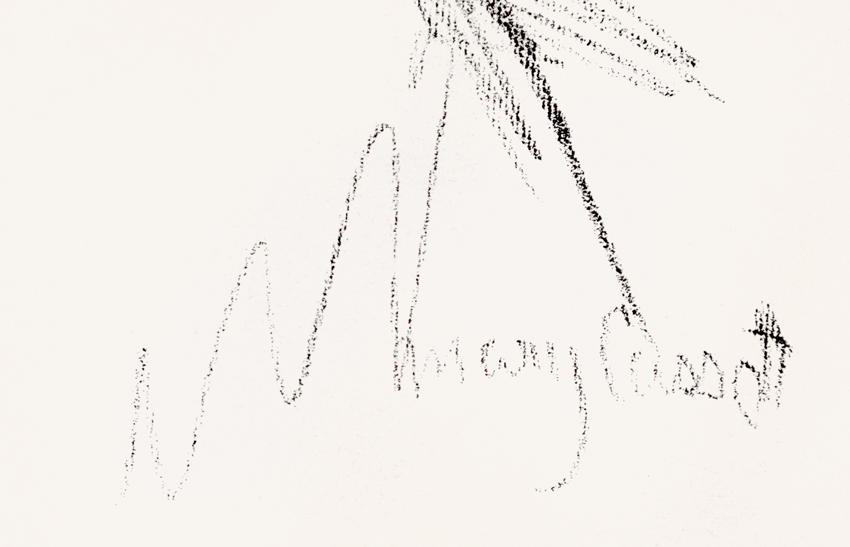 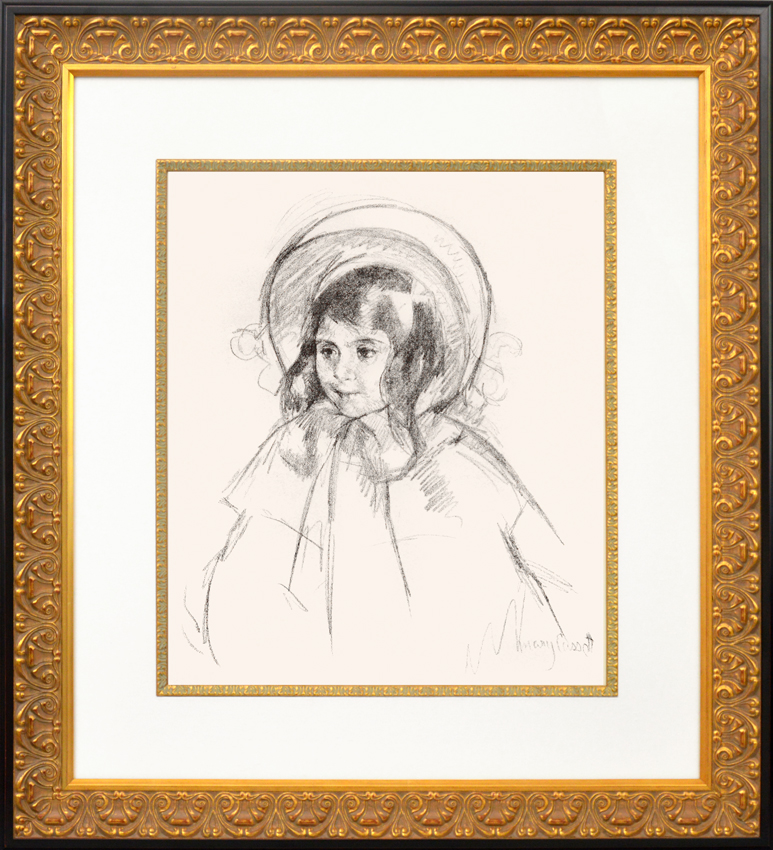 Mary Cassatt Sara Wearing Her Bonnet and Coat, c. 1904 is one of only two known prints in lithography executed by Cassatt. This work is a transfer lithograph which characteristically shows the surface texture of the paper from the original drawing which was transferred onto the stone. Depicting a young girl found in several other works by the artist, the image appears active and full of life. Delicately rendered with fine details in the facial features and hair, it expresses the tenderness and care in which Cassatt creates her portraits. Sara is found in this scene to be wearing a bonnet and large bow in her hair with a coat buttoned up to her chin. Her eyes gaze off into the distance as though intrigued by something the viewer can only imagine. The expression on her face is that of relaxed contentment, appearing as though she enjoys having her portrait done. Using broad sweeping strokes and flowing shifts of tonality, this work appears thoughtfully designed with a masterful eye.

The pastel of the same subject is currently in the Metropolitan Museum collection. Other examples of this work have also been in the collections of the New York Public Library, the Baltimore Museum of Art, the Bibliothèque Nationale Paris, The Brooklyn Museum, the Cleveland Art Museum, the Fogg Art Museum at Harvard University, the Grand Rapids Museum of Art, and the Philadelphia Museum of Art.

Created circa 1904, this  lithograph is signed ‘Mary Cassatt’ in the plate in the lower right of the image. From the only state, presumably a later impression, printed on Ingres D’Arches paper with an MBM watermark.

Catalogue Raisonné & COA:
Mary Cassatt Sara Wearing Her Bonnet and Coat is fully documented and referenced in the below catalogue raisonnés and texts (copies will be enclosed as added documentation with the invoices that will accompany the final sale of the work).

ABOUT THE FRAMING:
Mary Cassatt Sara Wearing Her Bonnet and Coat, c. 1904 is framed to museum-grade, conservation standards, presented in a complementary moulding and finished with silk-wrapped mats and optical grade Plexiglas.

American Mary Cassatt fell in with the French Impressionists upon moving to Paris, and her signed drawings, etchings, and lithographs spring from a feminine perspective favoring the mother-child relationship.

Have one to sell? Sell Mary Cassatt fine art with us

Sell your Mary Cassatt fine art with us. We offer free evaluations. Learn more about selling with us.