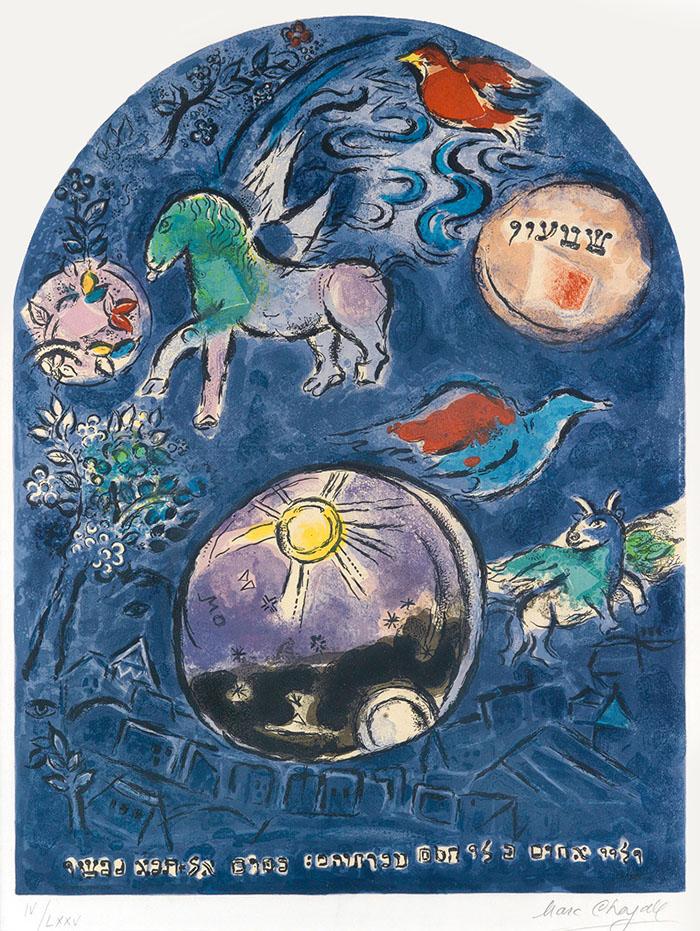 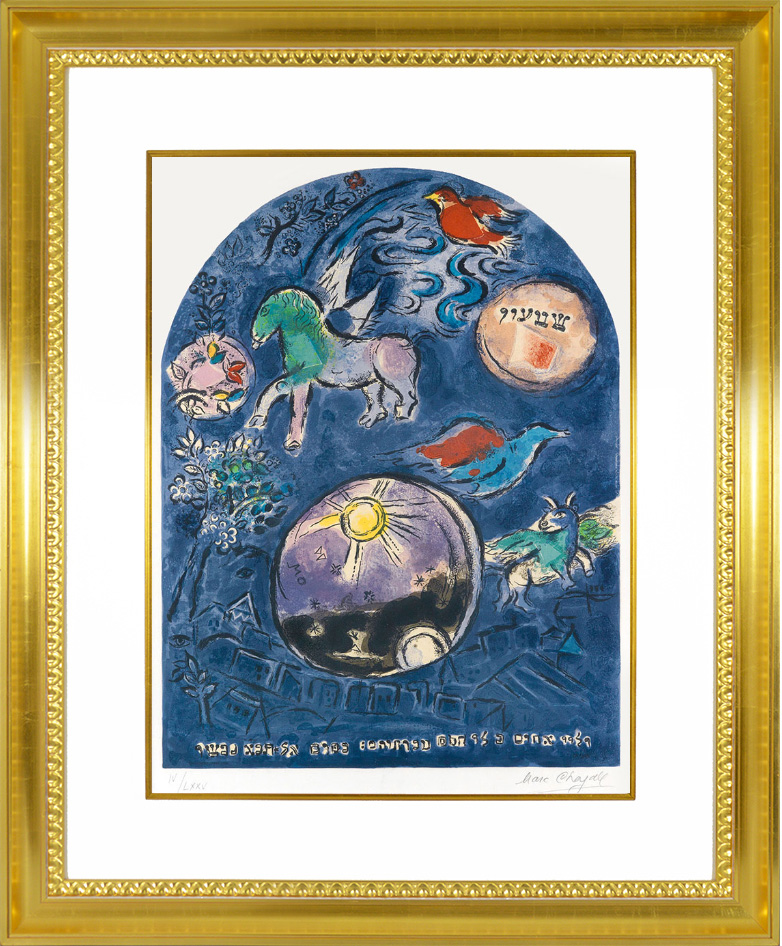 Marc Chagall The Tribe of Simeon (from The Twelve Maquettes of Stained Glass Windows for Jerusalem), 1964 has a remarkably cool palette compared to some of the other works within the same series. A ripe indigo color pervades the work, chilling the background and setting us above a sleeping town. Two orbs, one a delicate pink and the other a fresh orange, hang in the sky like twin moons. A horse flies between the two, with wings slowly carrying it through the sky. A small vignette floats in the lower portion of the work. Encased in a circle is a view of another world, where the bright yellow sun shines down on half, and the darkness of night occupies the other half. The colors are brilliant and saturated – allowing for a wonderful appreciation of Chagall’s talent.

Created in 1964, this image is part of a series of twelve lithographs which Chagall designed after the stain glass windows he created for the synagogue of the Hadassah-Hebrew Medical Center, located just outside of Jerusalem. The work was engraved and printed by Charles Sorlier in collaboration with Marc Chagall on watermarked Arches wove paper. This piece is numbered from the Roman numeral edition of 75 in pencil in the lower left margin (there was also an edition of 150 numbered in Arabic numbers).This piece is hand signed by by Marc Chagall (Vitebsk, 1887- Saint-Paul, 1985) in pencil in the lower right margin and signed in the stone in the lower right of the image. Also signed ‘CH. SORLIER. GRAV. LITH. in the stone in the lower left of the image.

Catalogue Raisonné & COA:
Marc Chagall The Tribe of Simeon (from The Twelve Maquettes of Stained Glass Windows for Jerusalem), 1964 is fully documented and referenced in the below catalogue raisonnés and texts (copies will be enclosed as added documentation with the invoices that will accompany the sale of the work).

About the Framing:
Framed to museum-grade, conservation standards, Marc Chagall The Tribe of Simeon (from The Twelve Maquettes of Stained Glass Windows for Jerusalem), 1964 is presented in a complementary moulding and finished with silk-wrapped mats and optical grade Plexiglas.