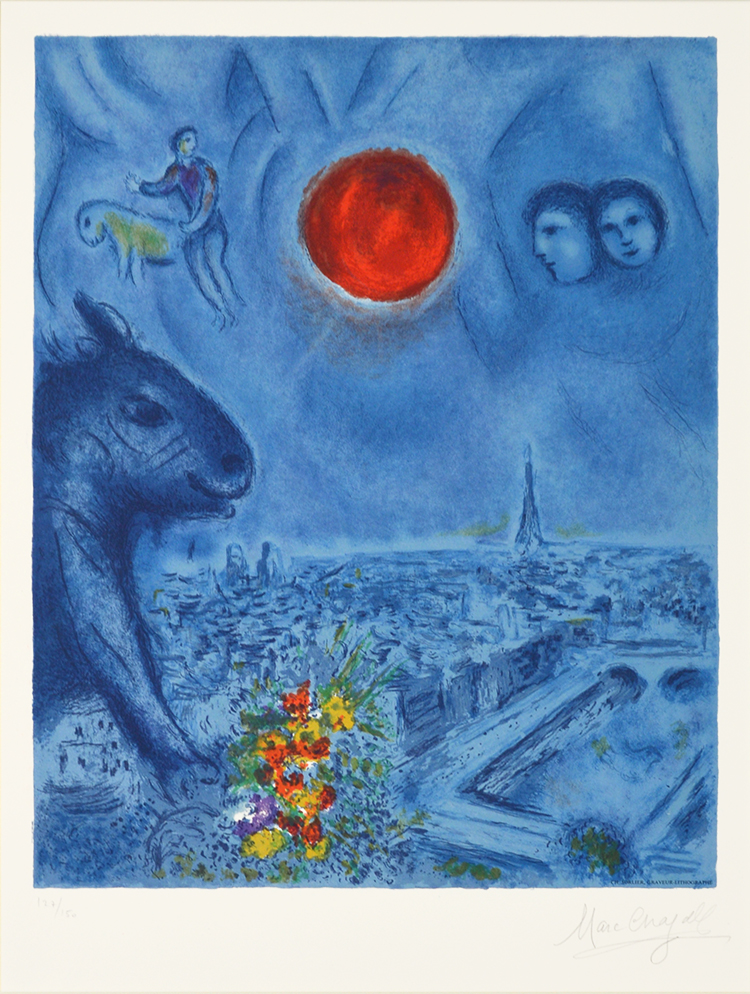 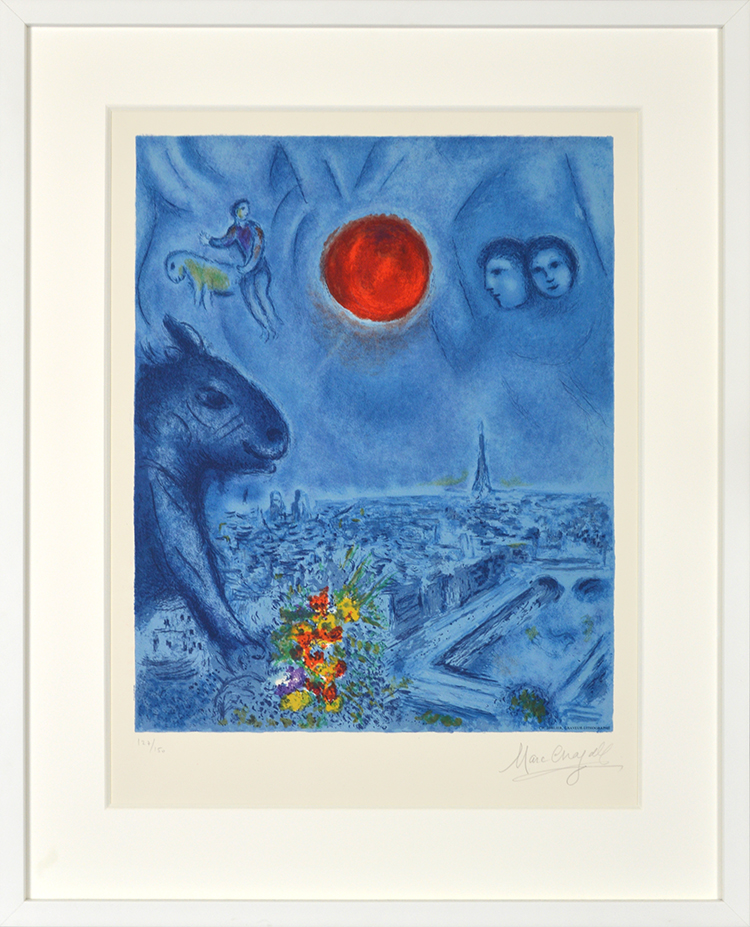 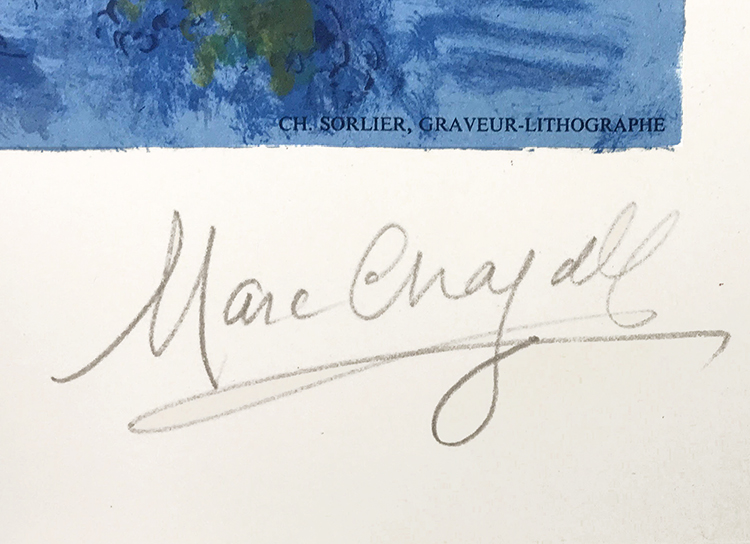 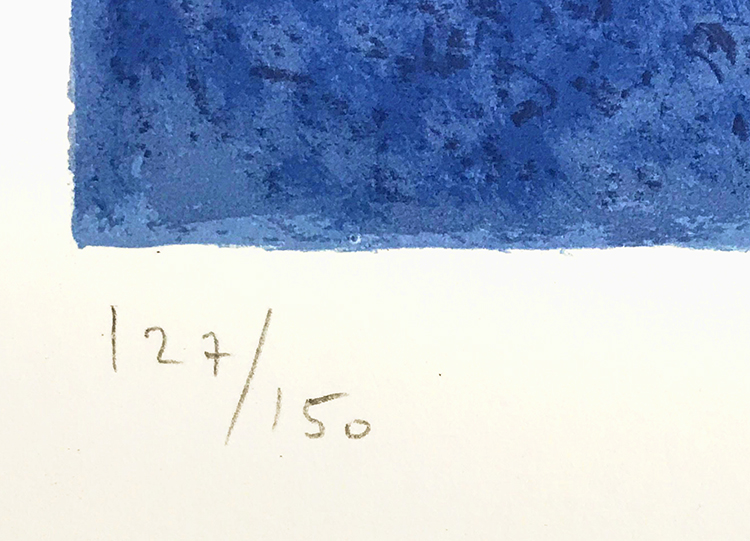 Chagall’s use of some of the most brilliantly vibrant blues are what set Chagall Le soleil de Paris (Paris Sun), 1977 apart from any other.  He uses the same shade of bold blue in varying tones and hues to create the beautiful Parisian cityscape which fades into the horizon – with of course the Eiffel Tower peaking in the background.  Our soleil de Paris takes center stage as it seems to breathe life into the entire composition.  Detailed in a deep red, our sun acts as the heart of Paris, accompanied by its whimsical characters and people that make the city one of the most loved in the world. The bunch of flowers in the bottom left shares some of the warmth of the sun, bringing the light down into the streets of Paris.

Created in 1977, this work is hand signed by Marc Chagall  (Vitebsk, 1887 - Saint-Paul, 1985) in pencil in the lower right margin.  Published by Editions des Musées Nationaux, Paris, printed by Charles Sorlier, Paris, this work is numbered from the edition of 150 in pencil in the lower left .  This work was originally used as a poster of an exhibition of Chagall’s works at the Musée du Louvre, Paris, and was created after an original artwork by Marc Chagall.

Catalogue Raisonné & COA:
Marc Chagall Le soleil de Paris (The Paris Sun), 1977 is fully documented and referenced in the below catalogue raisonnés and texts (copies will be enclosed as added documentation with the invoices that will accompany the final sale of the work):

About the Framing:
Marc Chagall Le soleil de Paris (The Paris Sun), 1977 is is framed to museum-grade, conservation standards, presented in a complementary moulding and finished with linen-wrapped mats and optical grade Plexiglas.