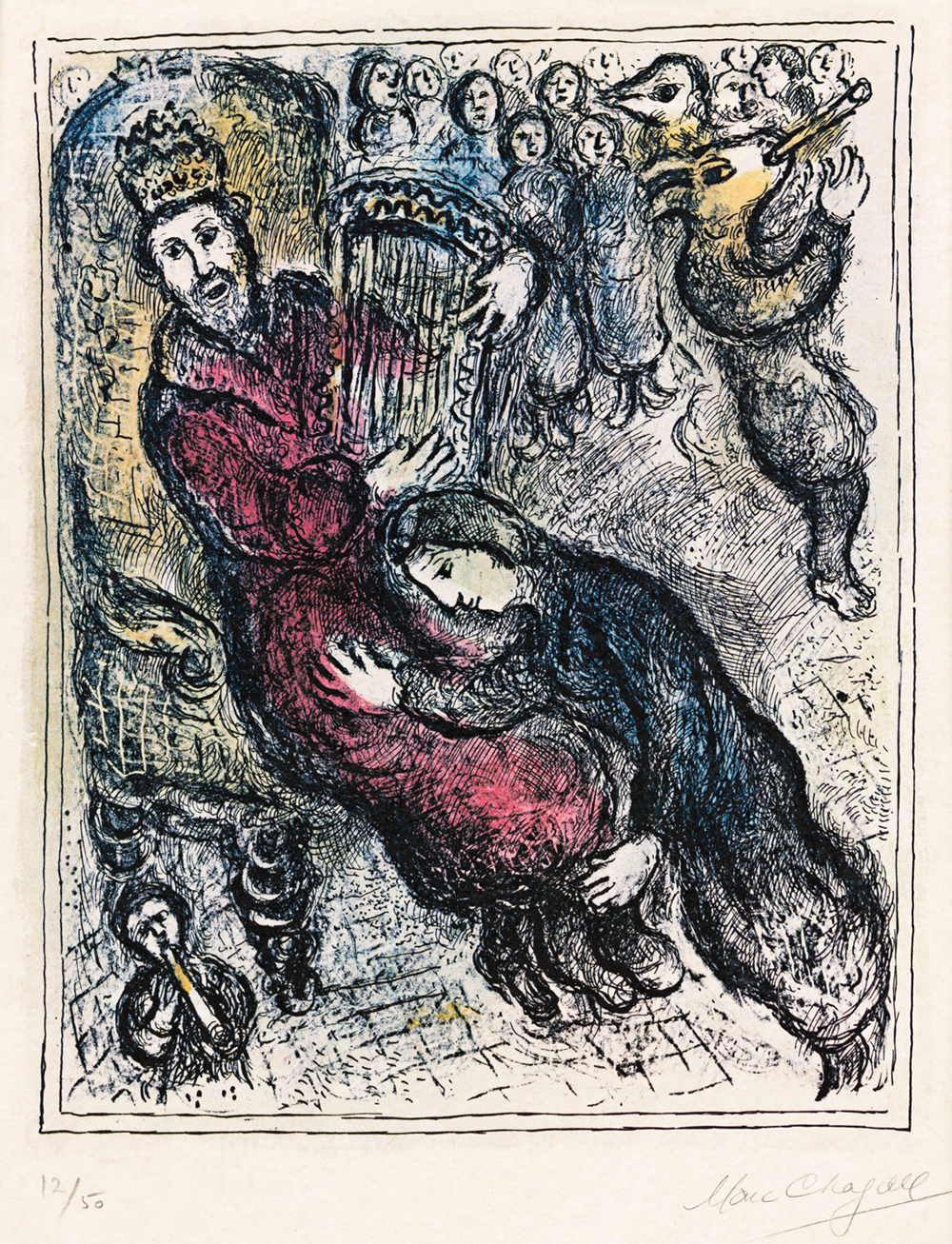 Catalogue Raisonné & COA:
Marc Chagall Le Roi David à la Lyre (King David with Lyre), 1979 is fully documented and referenced in the below catalogue raisonnés and texts (copies will be enclosed as added documentation with the invoices that will accompany the sale of the work).