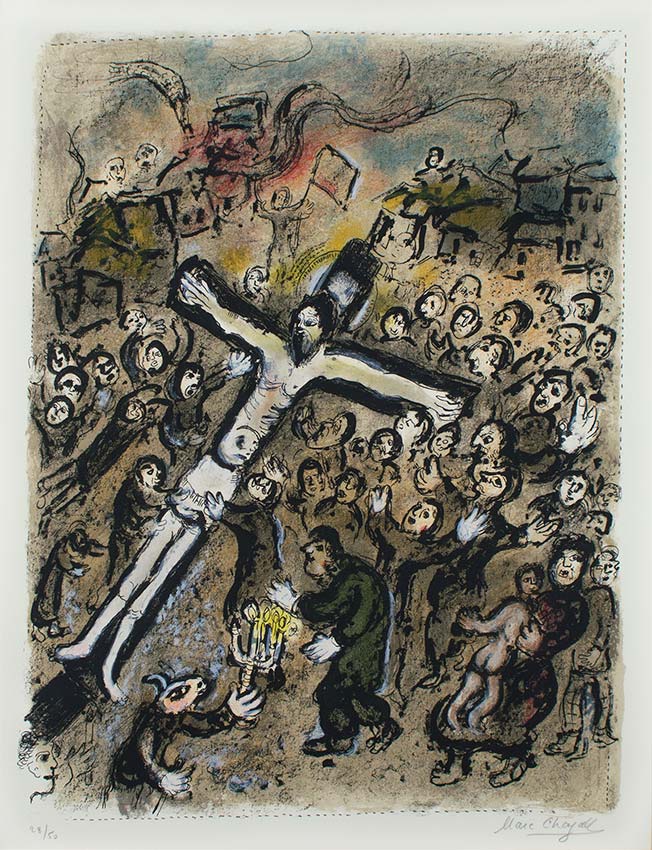 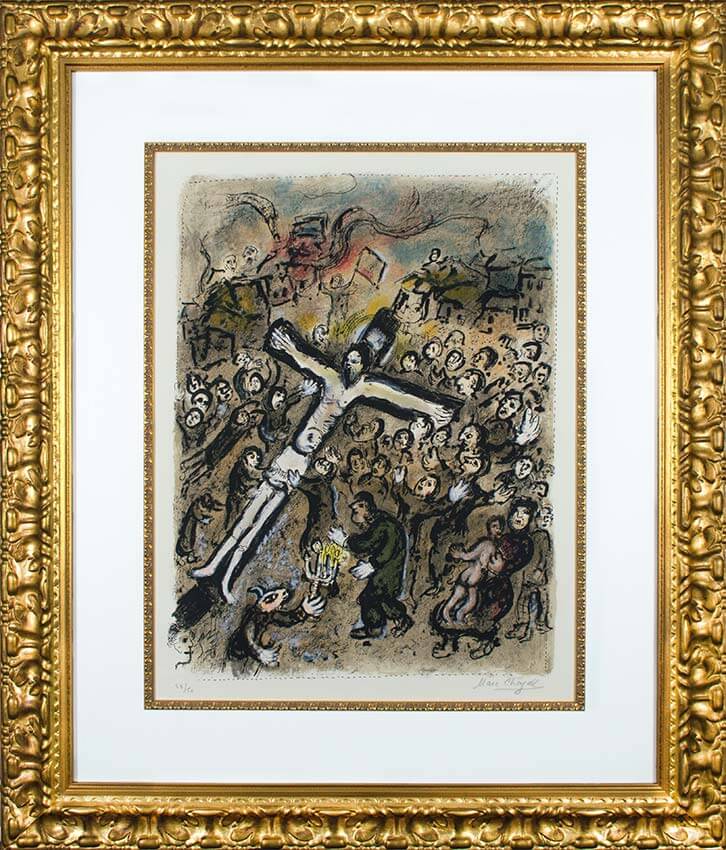 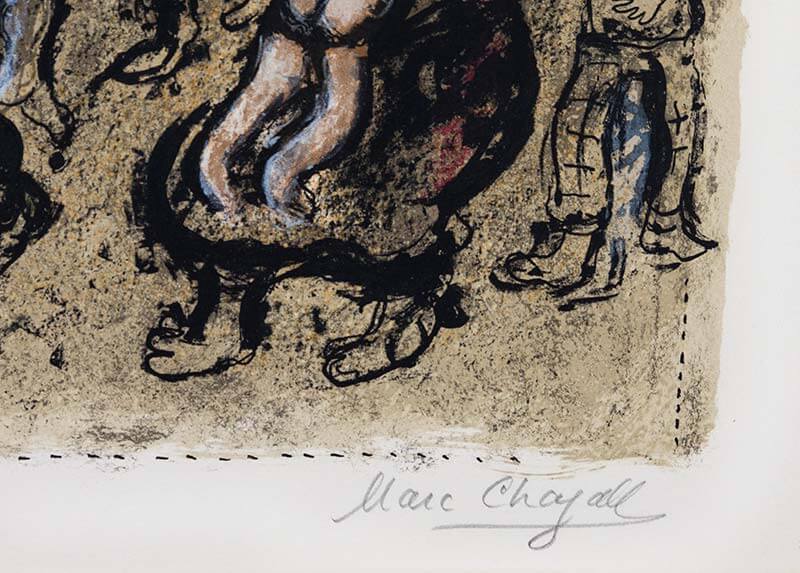 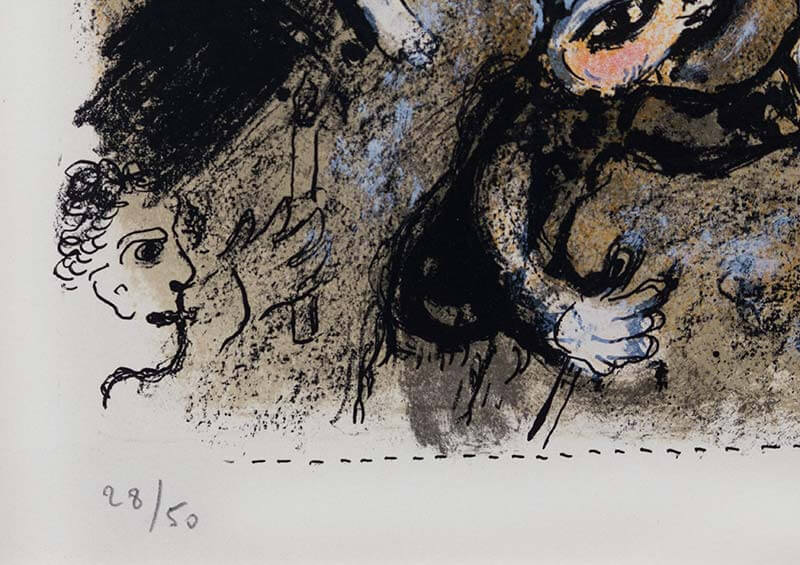 “For me, Christ has always symbolized the true type of the Jewish martyr,” Chagall is quoted as saying, and in Chagall Le Martyr (The Martyr), 1970, Christ is being carried on a wooden board amongst a crowd of eager people. Many of the crowd have detailed expressions upon their faces - some look excited while others have furrowed brows, appearing angry. Christ himself has a serene look on his face - he knows that he is fulfilling his duty and feels at peace with his martyrdom. With dark reds and browns, a heavy handed deep color palette is outlined in simple black strokes that lend an aura of sorrow but also hope. With hidden details like his own self portrait, Chagall brilliantly forces us as the viewer to look closer at the scene to discover the beauty within this entrancing composition.

Catalogue Raisonné & COA:
Marc Chagall The Martyr (Le Martyr), 1970 is fully documented and referenced in the below catalogue raisonnés and texts (copies will be enclosed as added documentation with the invoices accompanying the final sale of the work).

About the Framing:
Framed to archival museum grade conservation standards, Marc Chagall The Martyr (Le Martyr), 1970 is presented in a complementary moulding with silk-wrapped mats and optical-grade Plexiglas.