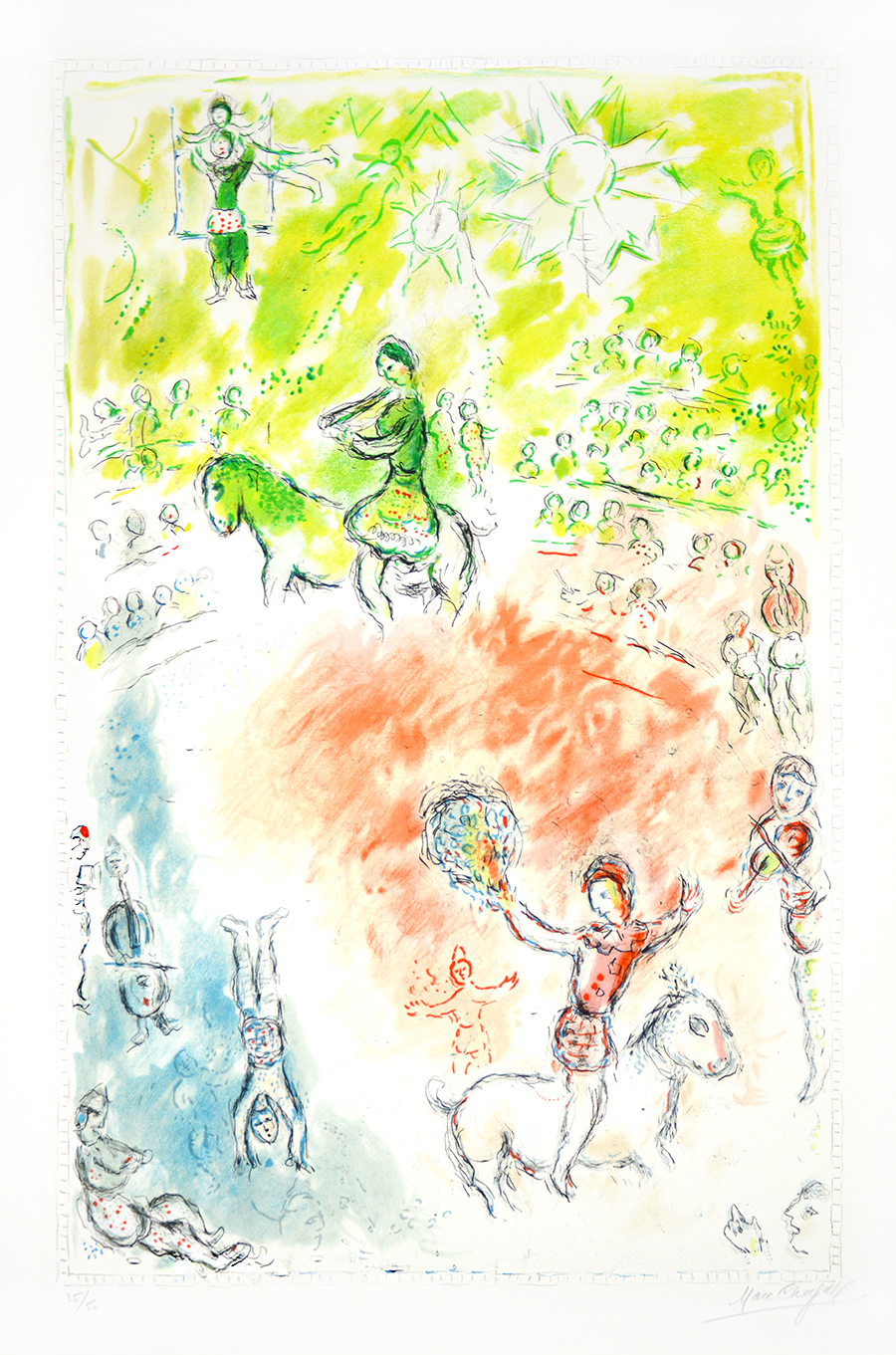 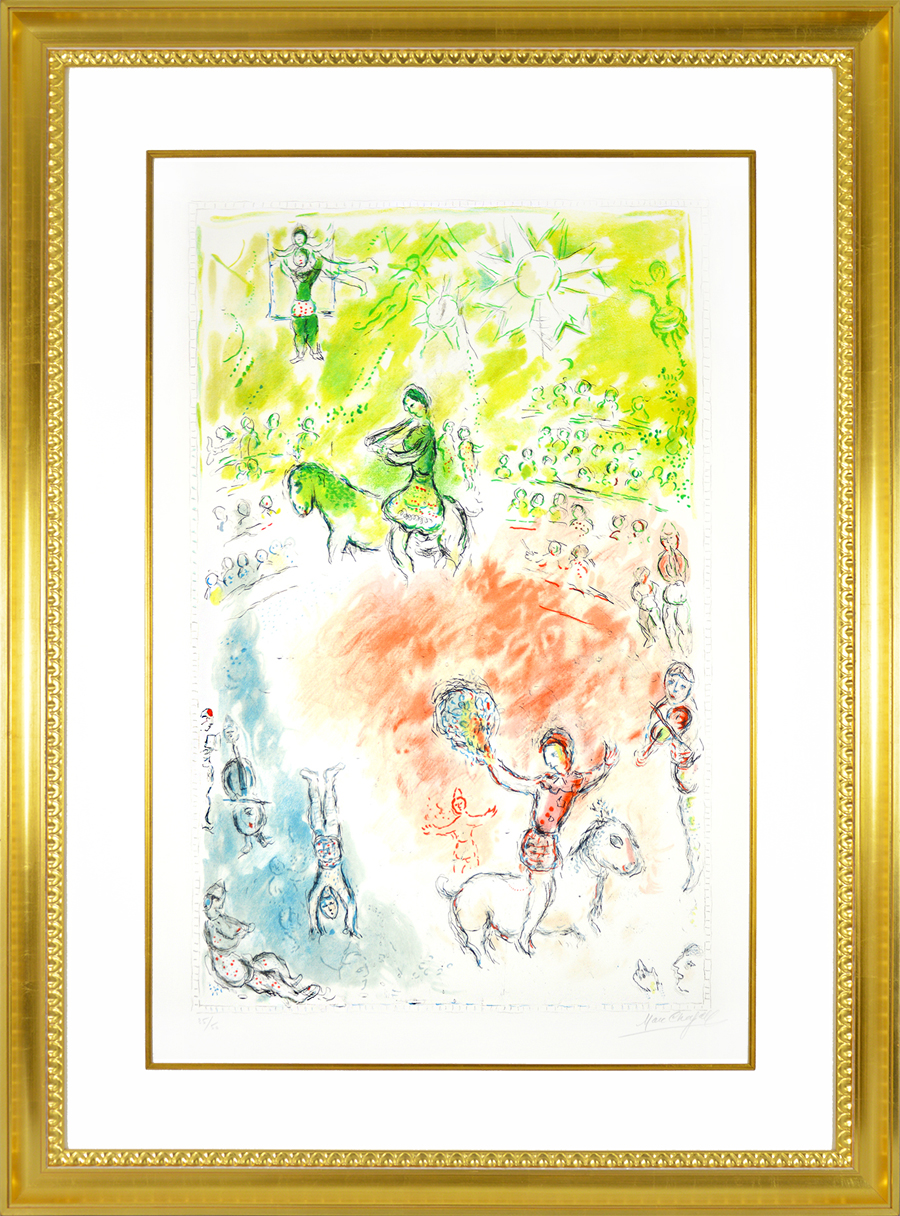 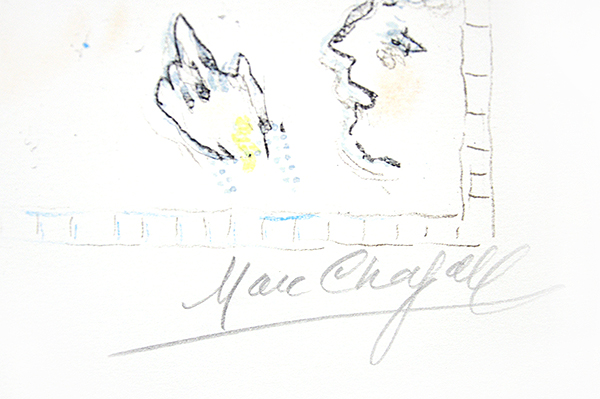 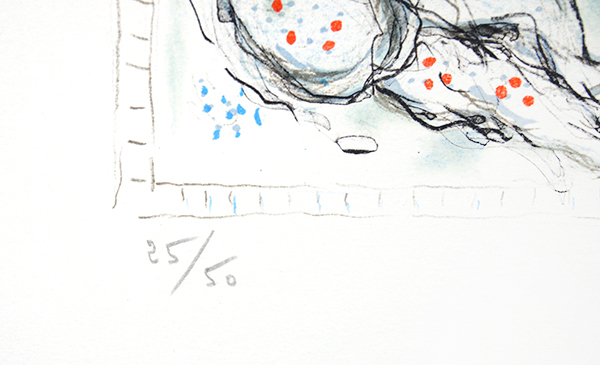 Marc Chagall La Parade (The Parade), 1980, offers a colorful scene of a circus – a popular theme in Marc Chagall’s repertoire. Using a palate of primarily blue, green, and red each relegated to their respective corners, Chagall depicts acrobats, musicians, figures riding donkeys, and two animated flying trapeze artists. The audience of the parade occupies the upper register of the lithograph, highlighted by the lighter greens. Two larger figures ride astride donkeys, one lofting a bouquet above his head, the other playing an instrument. The composition is circular, with the parading figures moving counterclockwise around the center of the circus tent. The seated audience curves around the same center. The circuity invites the viewer in – as an audience member privy to the same show as those depicted in the lithograph. The vibrant explosions of color are a dominate feature of Chagall’s painting, here expressing the lively energy of the performers as well as the onlookers.

Marc Chagall The Parade (La Parade), 1980, is fully documented and referenced in the below catalogue raisonnés and texts (copies will be enclosed as added documentation with the invoices that will accompany the sale of the work).

About the Framing:
Framed to museum-grade, conservation standards, Marc Chagall The Parade (La Parade), 1980, is presented in a complementary moulding and finished with silk-wrapped mats and optical grade Plexiglas.