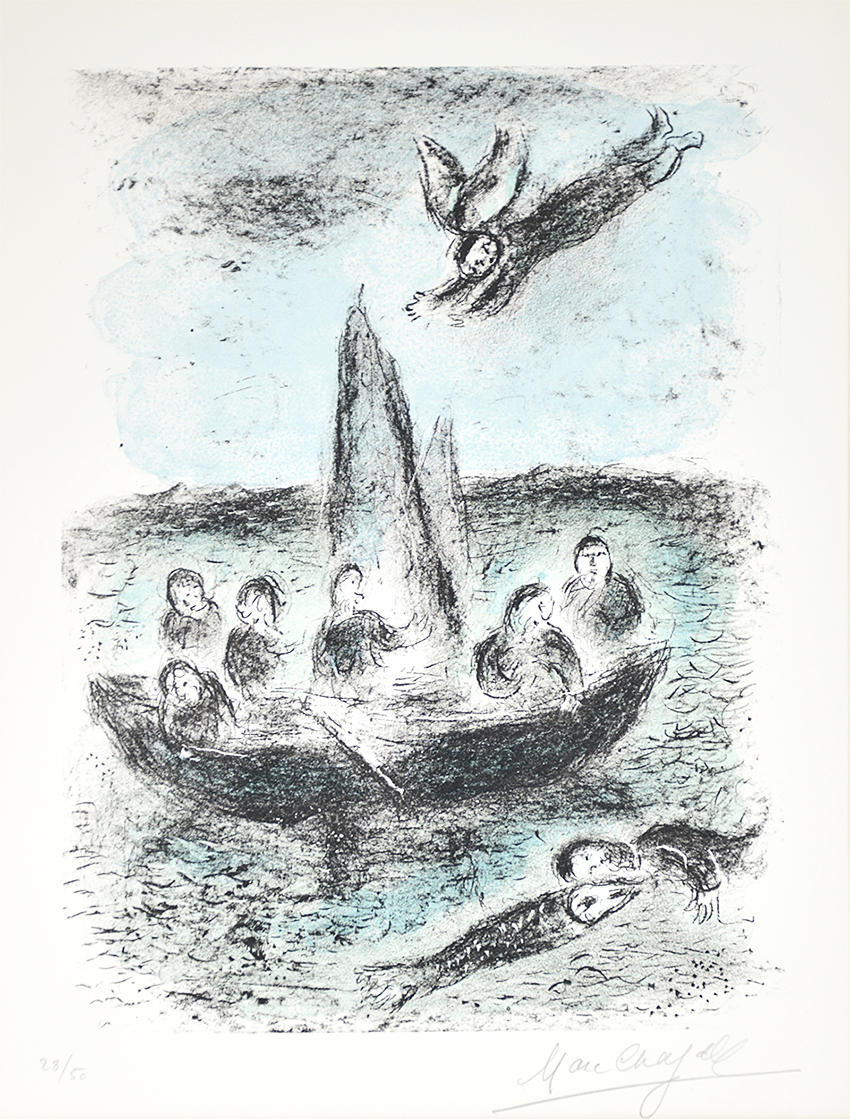 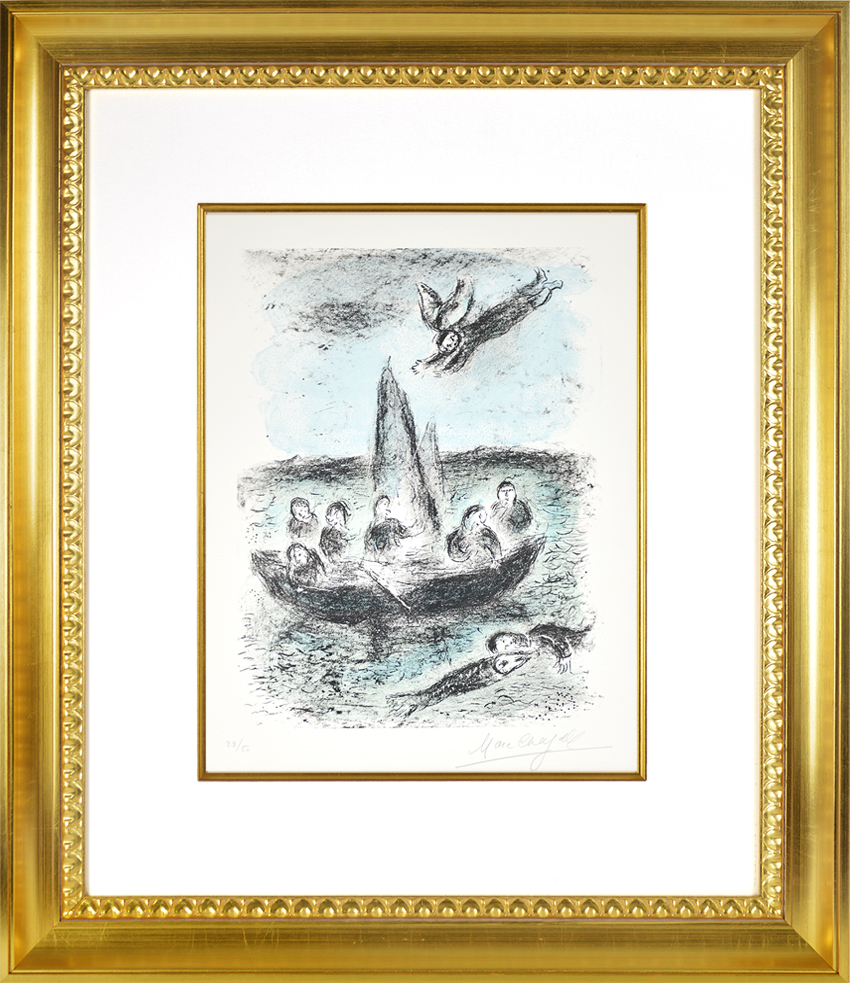 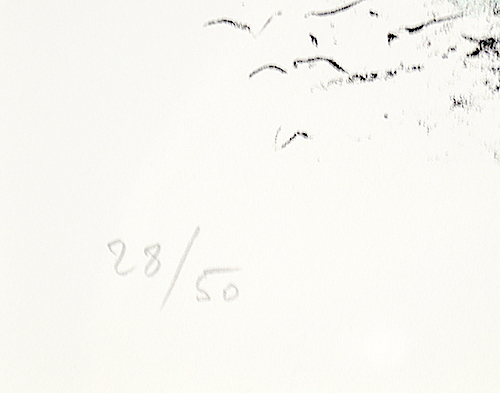 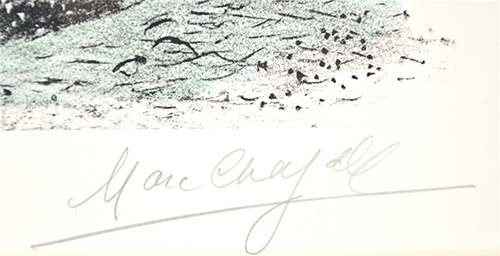 We are transported to the middle of the sea in Marc Chagall La barque de Jonas (Jonas’s Boat), 1977. In the Book of Jonah, biblical figure Jonas (also known as Jonah) gets caught in a large storm at sea, caused by his disobedience and unfaithfulness to God. Jonas tells his companions that the storm will cease if he is thrown overboard, which eventually they do. Jonas is then swallowed by a large fish, where he spends the next three days and nights. While in the fish Jonas reaffirms his faith and is ultimately spat out by the fish. In this artwork, we see the aftermath of the storm when Jonas has been thrown overboard. The sailors in the boat look worn out and drenched, as an angel flies down from the sky to cease their suffering. We see Jonas, meanwhile, in a face to face meeting with the fish that will swallow him. The work is a wonderful example of Chagall’s narrative genius and story-telling ability.

Marc Chagall Jonas’s Boat (La barque de Jonas), 1977 is fully documented and referenced in the below catalogue raisonnés and texts (copies will be enclosed as added documentation with the invoices that will accompany the sale of the work).