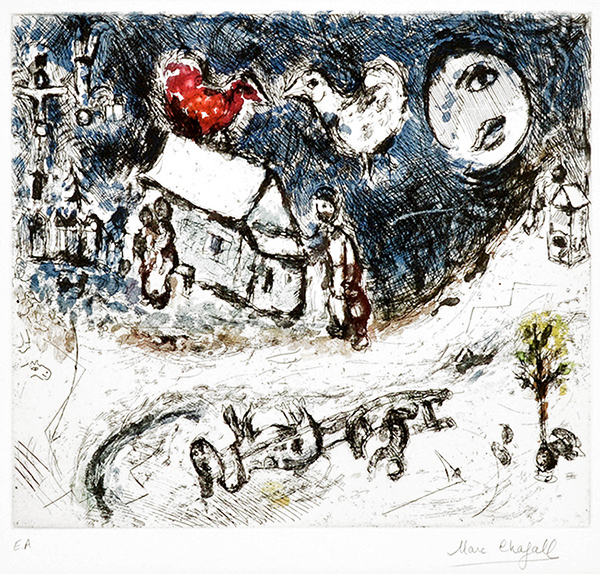 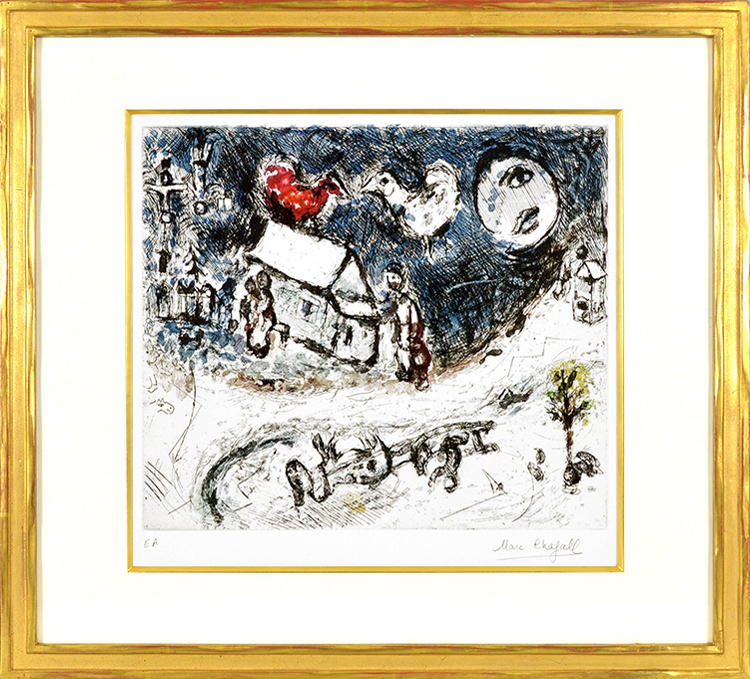 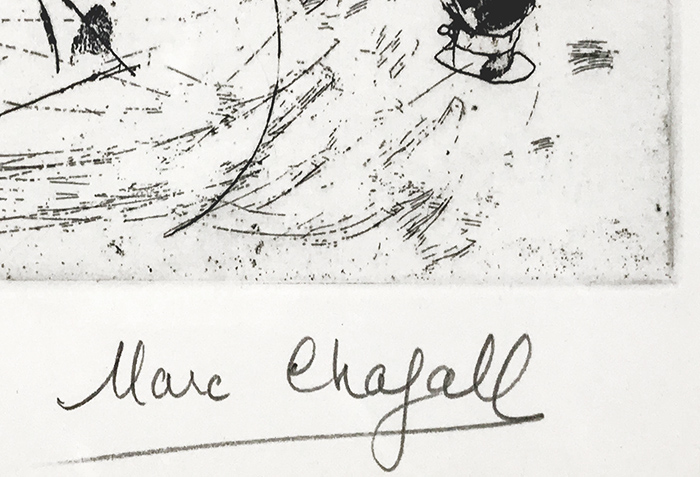 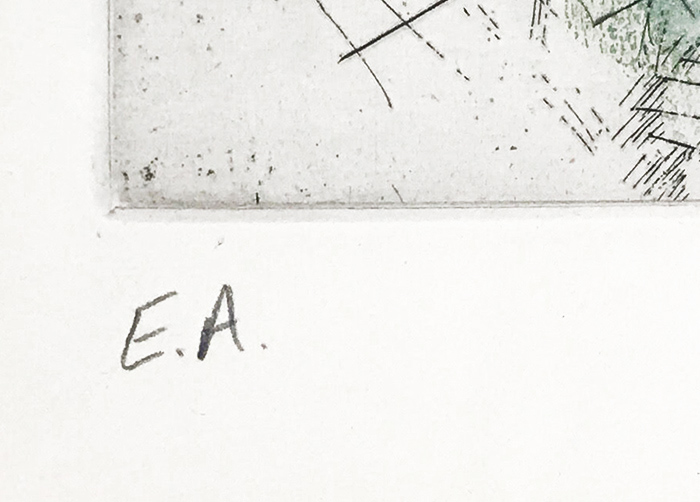 Marc Chagall (Vitebsk, 1887- Saint-Paul, 1985) Les Coqs sur le Toit (The Roosters on the Roof) 1968 depicts a whimsical scene of, as the title suggests, two roosters overlooking a village in France from a rooftop. This original etching with aquatint features a limited yet powerful color palette of blues, reds and yellows which invoke a childlike sensibility in the piece; this aspect of the work and the organic forms that dominate the composition work together to create a nostalgic dreamscape. An air of mystery and gloom also accompany this work. The dark blue sky against the barren white foreground brings about a sublime beauty that entices the viewer. At the time of its making, Chagall’s studio was located in Saint-Paule, France. The view of the village in this work may be inspired by a location near this studio. The artist himself once stated “, Art picks up where nature ends.” It may be inferred from this statement that Chagall took much inspiration from his surroundings and environment and sought to create art that transcends the traditional landscape. The augmented reality that he creates in  Les Coqs sur le Toit (The Roosters On the Roof) 1968 is a reflection of this sentiment.

Marc Chagall (Belarus, 1887- France 1985) Coq Sur le Village (Rooster Over the Village, 1968 Etching with Aquatint in Color is fully documented and referenced in the below catalogue raisonnés and texts (copies will be enclosed as added documentation with the invoices that will accompany the sale of the work).