Much influenced by his Jewish Religious schooling, Leonard Baskin works primarily as a sculpture and engraver. His figurative works are alive with mysterious imagery and linearity. 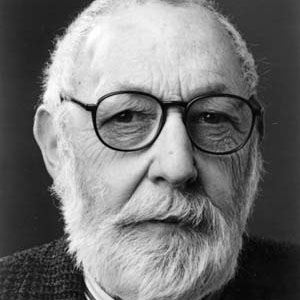 Born in 1922 in New Brunswick, New Jersey, Leonard Baskin was reared in Brooklyn, New York. The son of a Rabbi, Baskin was educated at a yeshiva (Jewish religious college), which had a profound effect on his aesthetic. Committed to art at an early age, Baskin had his first exhibition. of sculpture, at the Glickman Studio Gallery, New York, at the age of seventeen. He studied at Yale University from 1941 to 1943 and received his B.A. at the New School for Social Research in 1949. Baskin spent 1950 and 1951 abroad, studying in Paris and Florence. In 1953 he began teaching printmaking and sculpture at Smith College in Northampton, Massachusetts, where he remained until 1974. It was while he was at Smith College that he founded Gehenna Press, a small private press specializing in fine book production. He moved to England in 1974 and stayed till 1983 when he returned to America.. These nine years were enormously productive and besides sculptures he created a fine selection of prints and paintings. Baskin became intrigued by Greek history, philosophy and mythology at an early age and this study inspired many of his sculptures and paintings. Other influences were early 20th century sculptors, notably Ernst Barlach

Leonard Baskin was one of the universal artists of the 20th century. He was a sculptor of renown. He was a writer and illustrator of books ranging from the bible to children's' stories and natural history. He was a talented water-colourist and a superb, prolific print-maker. His prints ranged from woodcuts through lithography and etching; his subjects covered portraits, flower studies, biblical, classical and mythological scenes. Baskin’s sculpture, watercolors, and prints are in the permanent collections of most of the world's major art galleries and museums, including the Metropolitan Museum of Art, The Museum of Modern Art, the Vatican Museum, the Smithsonian Institute and the Tate Gallery in London. Among Baskin's many commissions are a bas relief he made for the Franklin D. Roosevelt Memorial and the Holocaust Memorial statue erected on the site of the first Jewish cemetery in Ann Arbor, Michigan. Baskin won many awards including the Gold Medal of the National Academy of Arts and Letters, the Special Medal of Merit of the American Institute of Graphic Arts and the Gold Medal of the National Academy of Design.

Baskin was a noted philatelist and built an important and eclectic collection of postage stamps.

Much influenced by his Jewish Religious schooling, Leonard Baskin works primarily as a sculpture and engraver. His figurative works are alive with mysterious imagery and linearity.

Have one to sell? Sell Leonard Baskin fine art with us

Sell your Leonard Baskin fine art with us. We offer free evaluations.