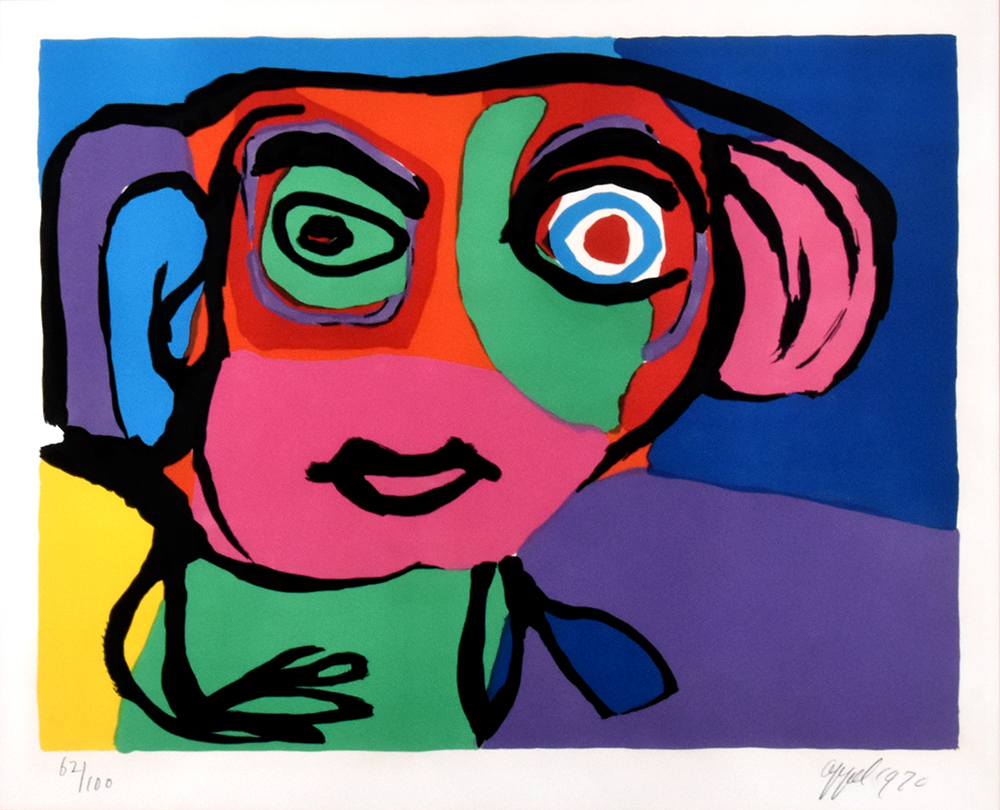 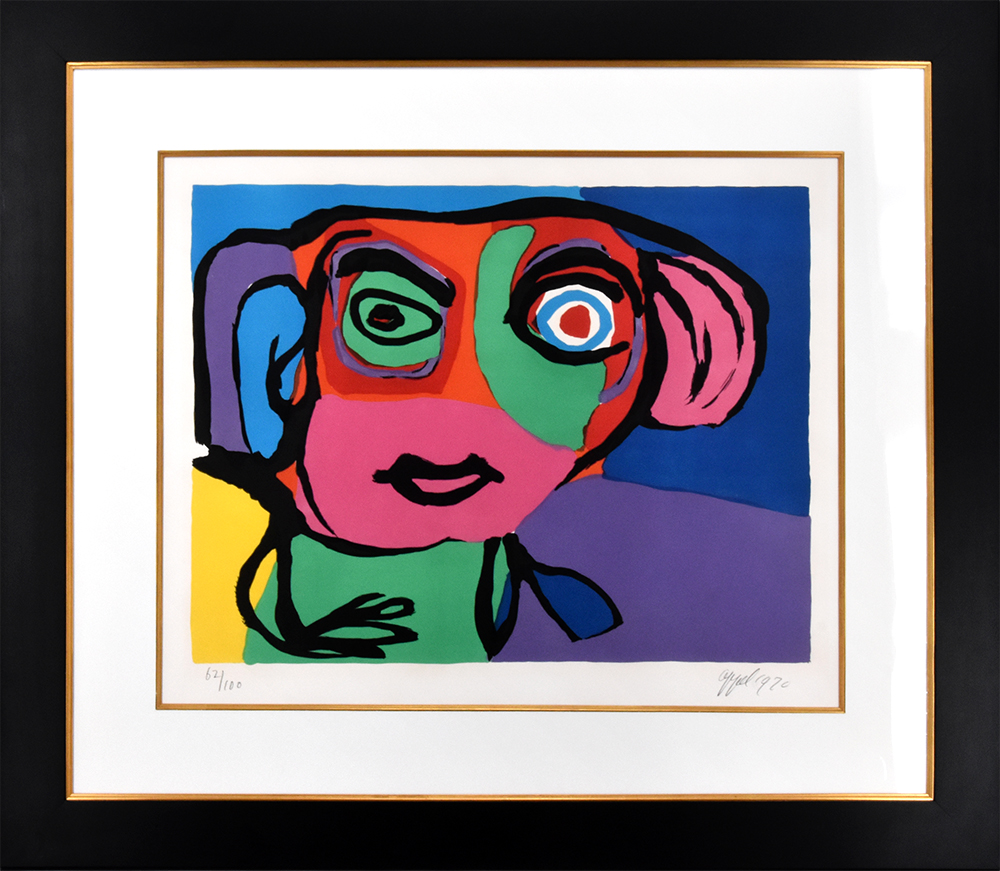 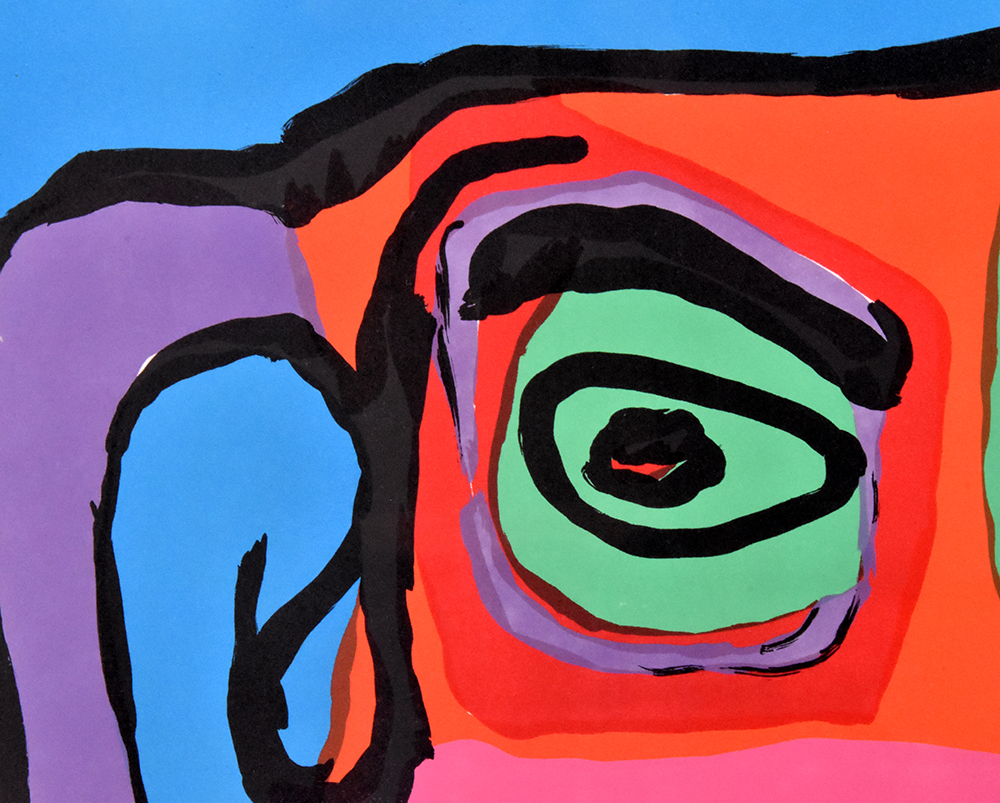 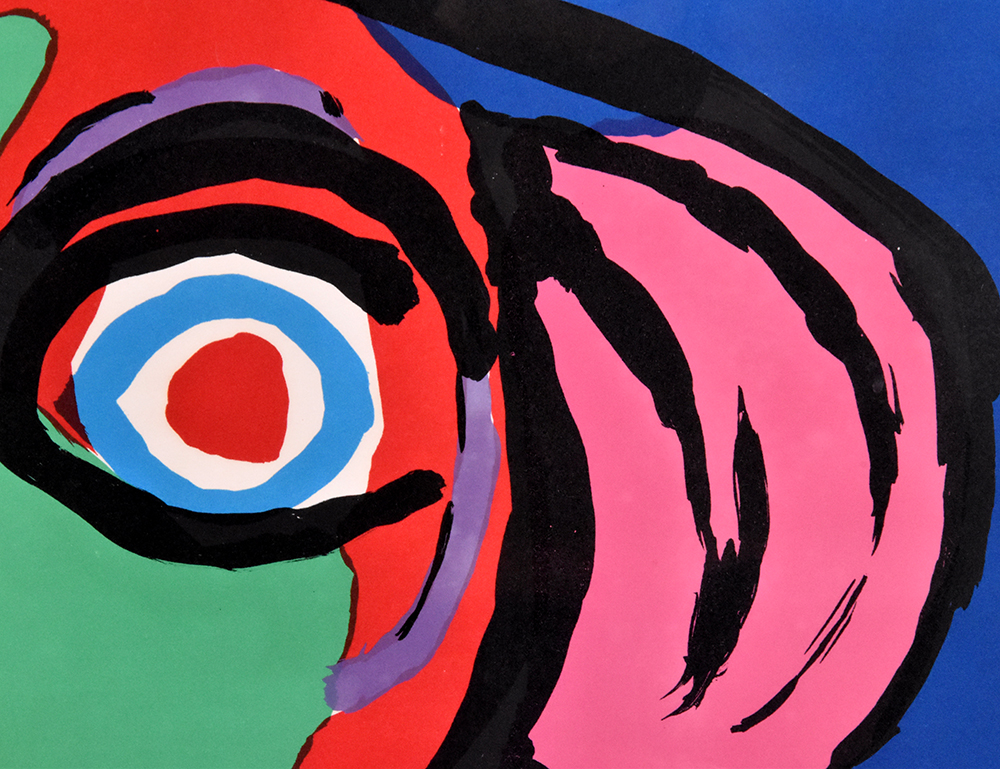 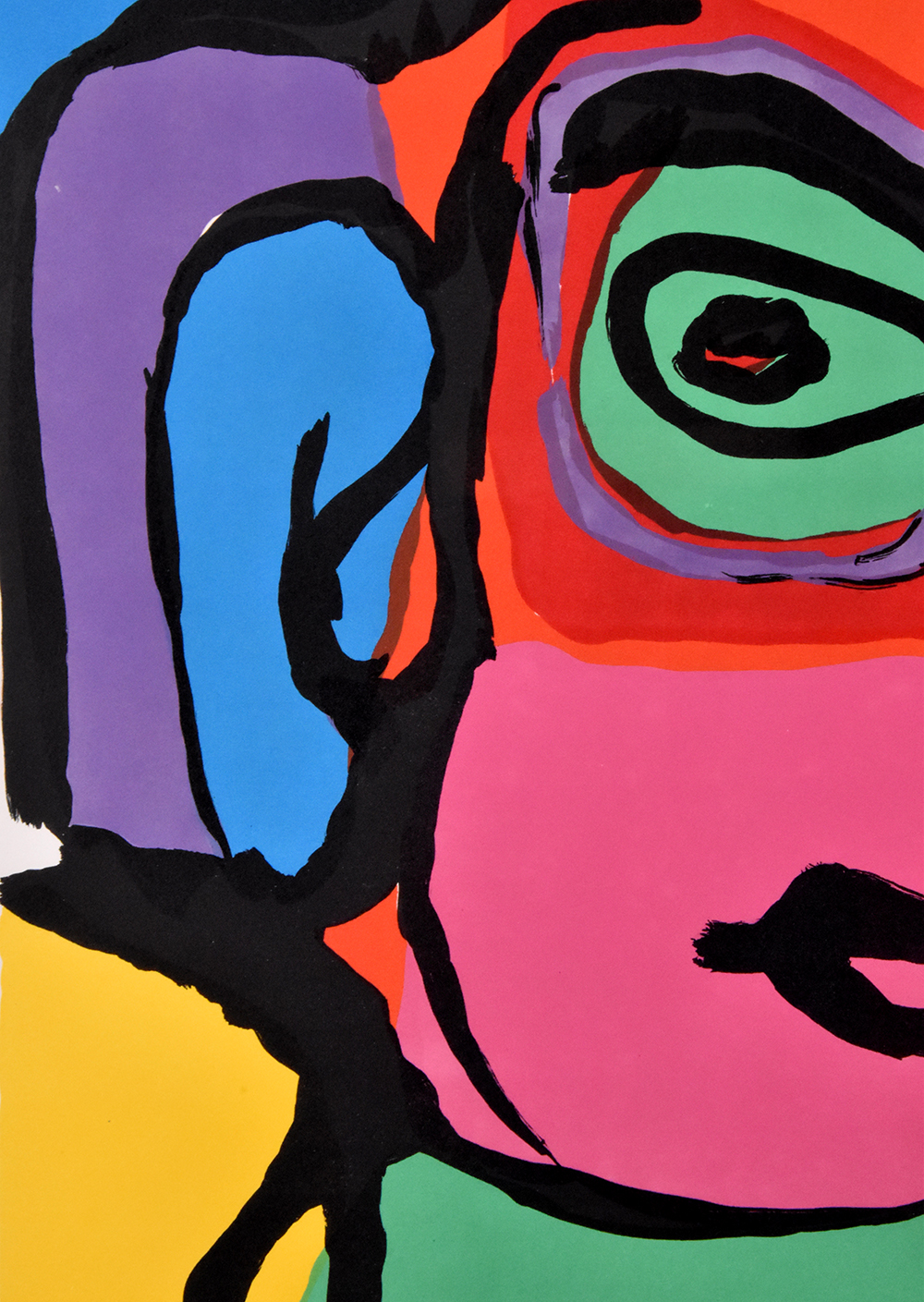 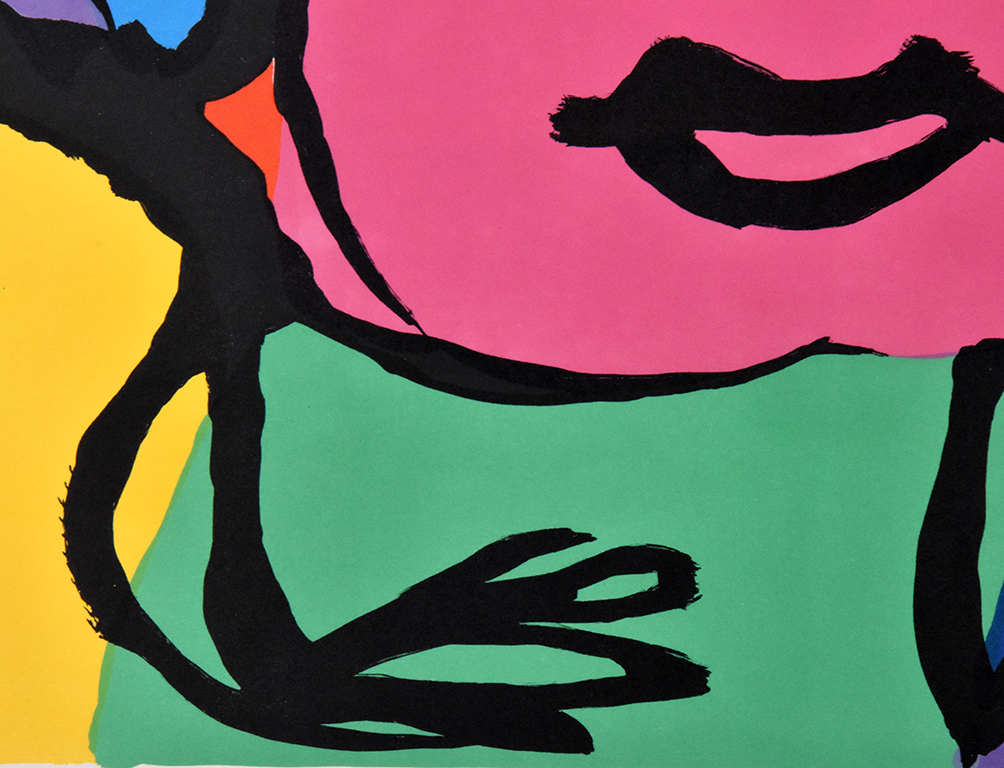 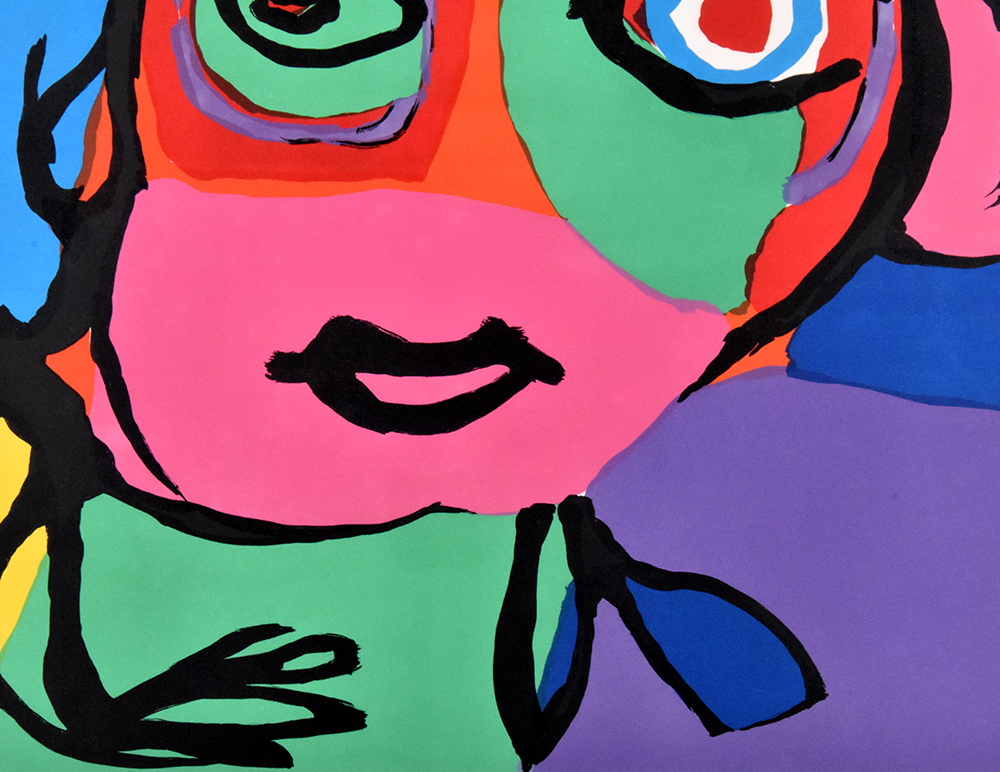 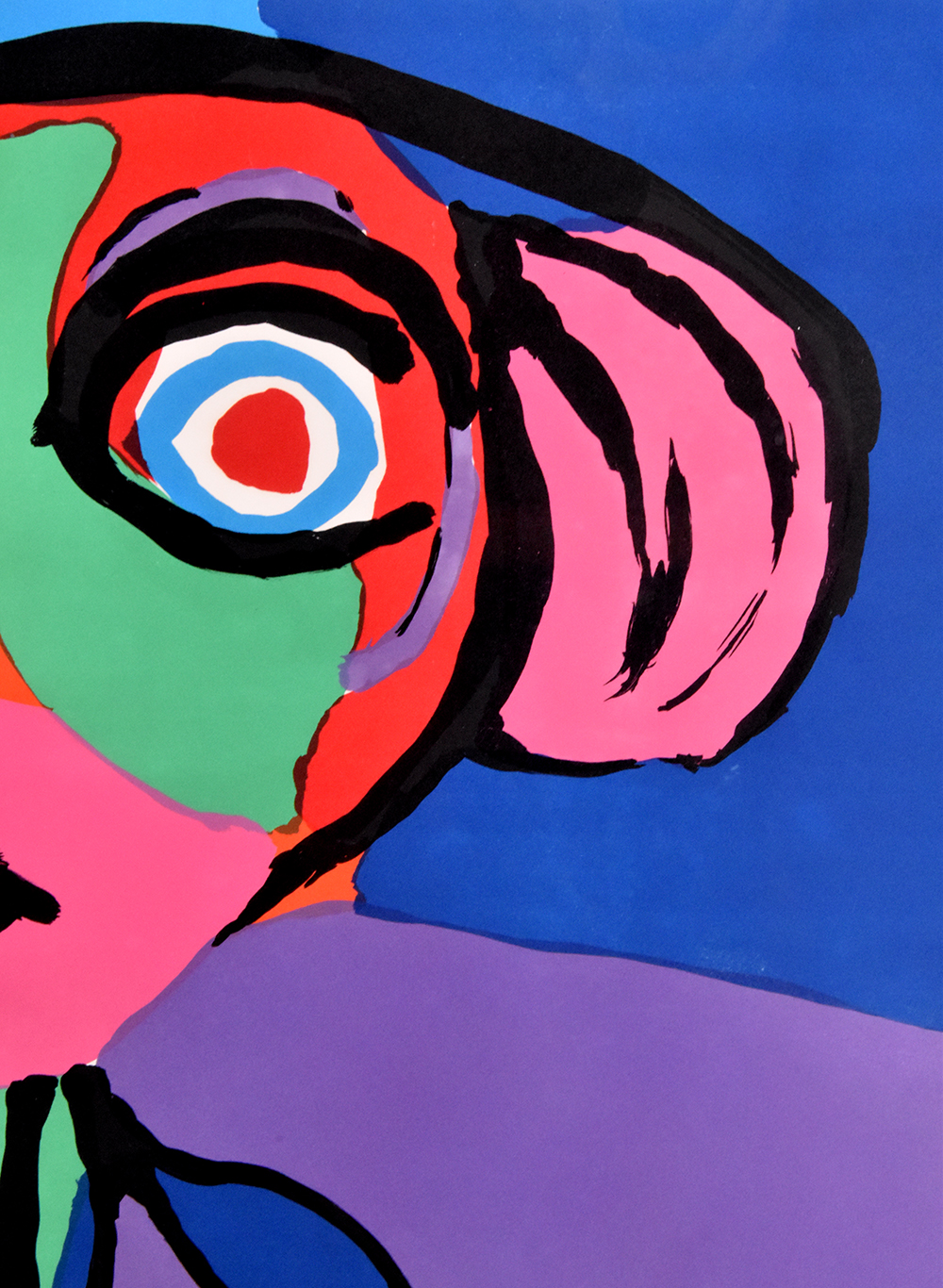 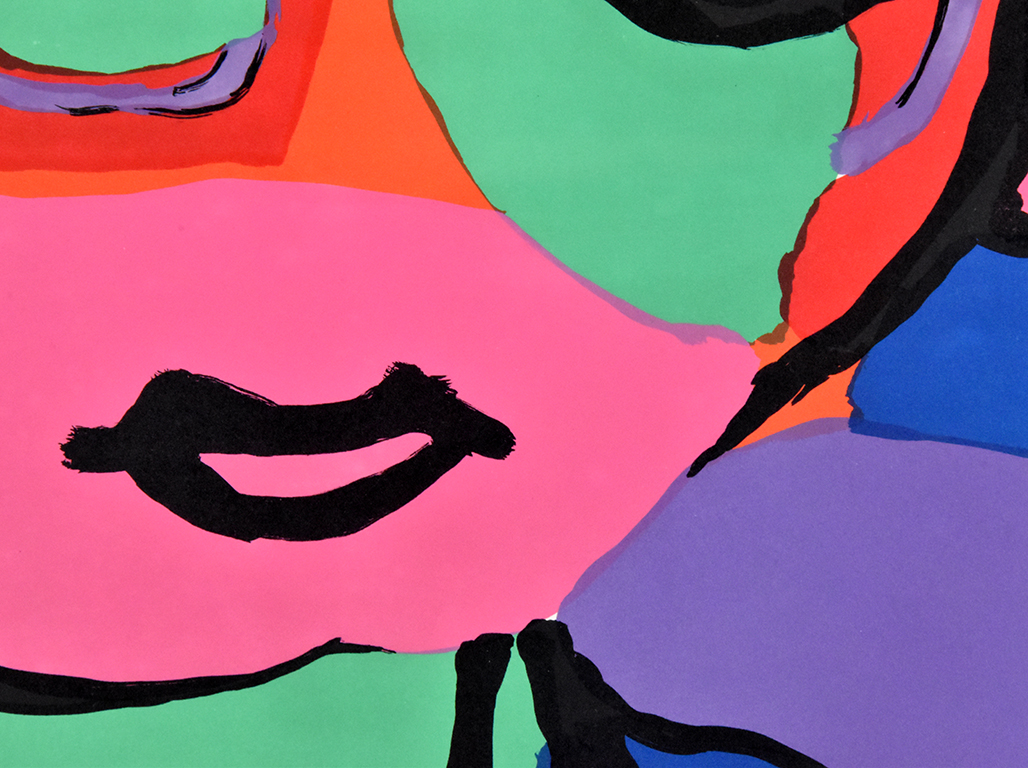 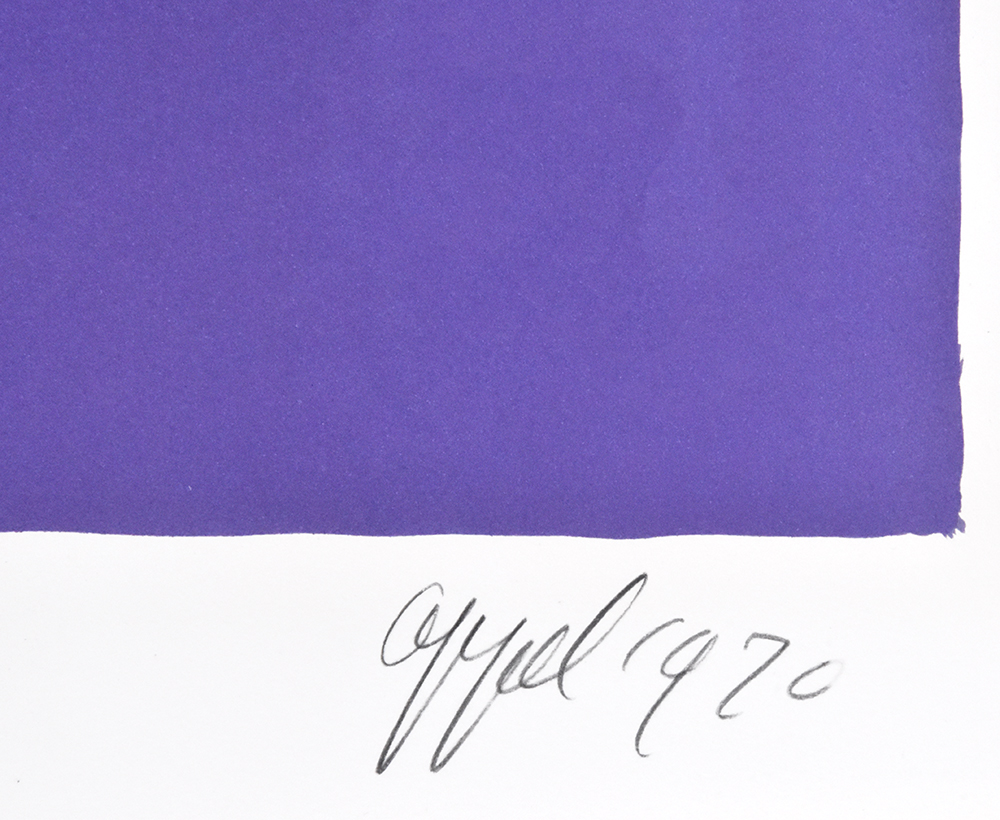 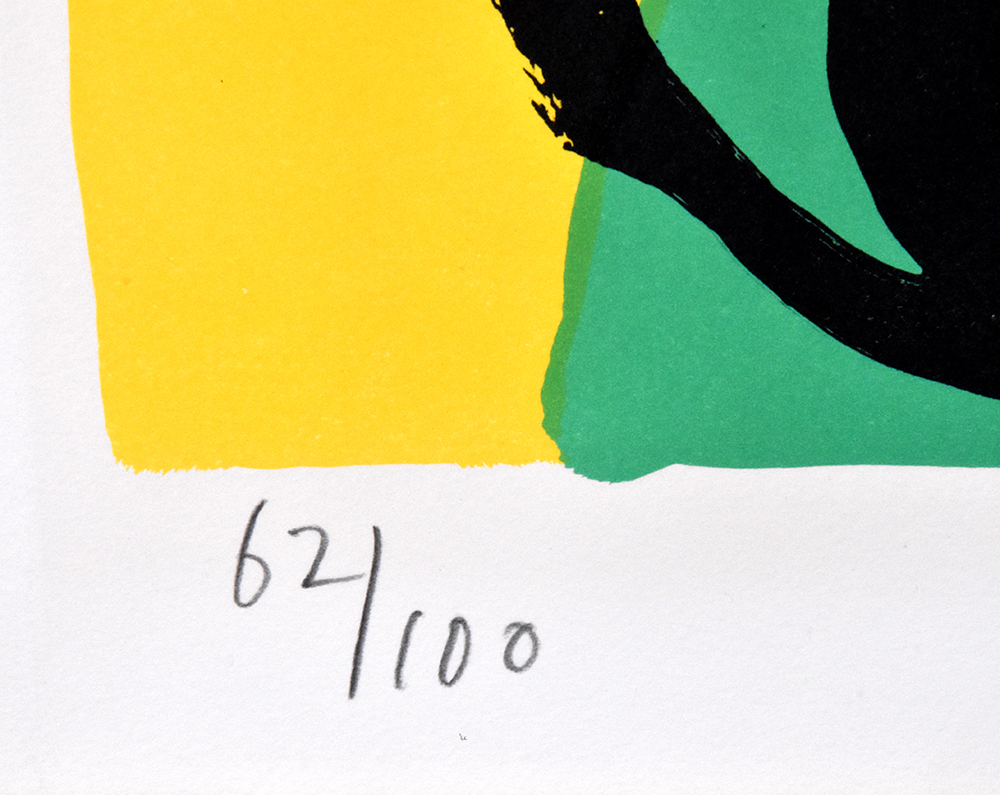 Whimsical in nature, the exuberant application of color captures a quality of spontaneity and experimentation. Famous for the "Dupe of Being" in which he strives to combine the tragic side of life and the joy that is in the light, this work captures both elements brilliantly. Through the use of contrasting colors Appel increases their intensity, creating a vital representation of a character. Resembling a human with an expressive mouth, eyes, and hand the viewer can sense a deeper meaning about the condition of man which the viewer can take from it what they like.

About Appel and the Cobra Movement:
Cobra, a group of Expressionist painters formed in Paris in 1948 by a number of Netherlandish and Scandinavian artists. The name derived from the first letters of the capital cities of the three countries of the artists involved - Copenhagen, Brussels, Amsterdam. The aim of the Cobra artists was to give free expression to the unconscious, unimpeded and undirected by the intellect. In their emphasis on spontaneous gesture, they had affinities with the American Action Painters, but they differed in their strand and fantastic imagery, related in some instances to Nordic mythology and folklore, in others to various magical or mystical symbols of the unconscious.
(Oxford Dictionary of 20th Century Art, 1998, pg. 129)

Catalogue Raisonné & COA:
A Certificate of Authenticity will be included with the sale of the work.

Have one to sell? Sell Karel Appel fine art with us

Sell Karel Appel artwork with us. We will research its value and popularity for you.