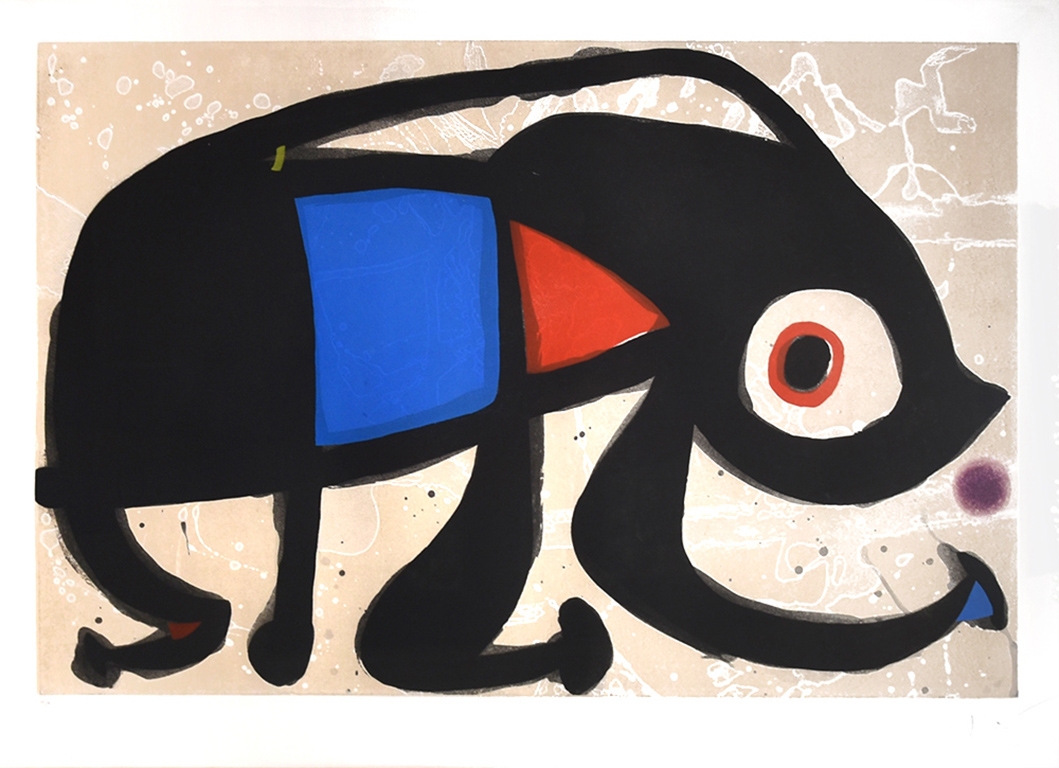 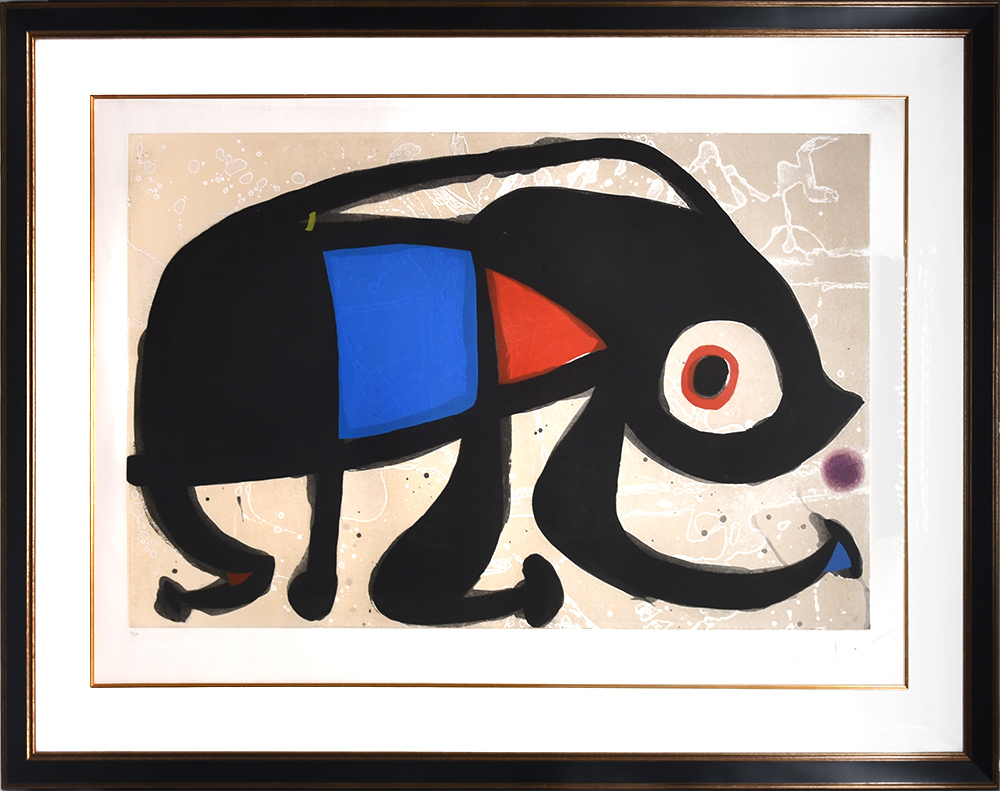 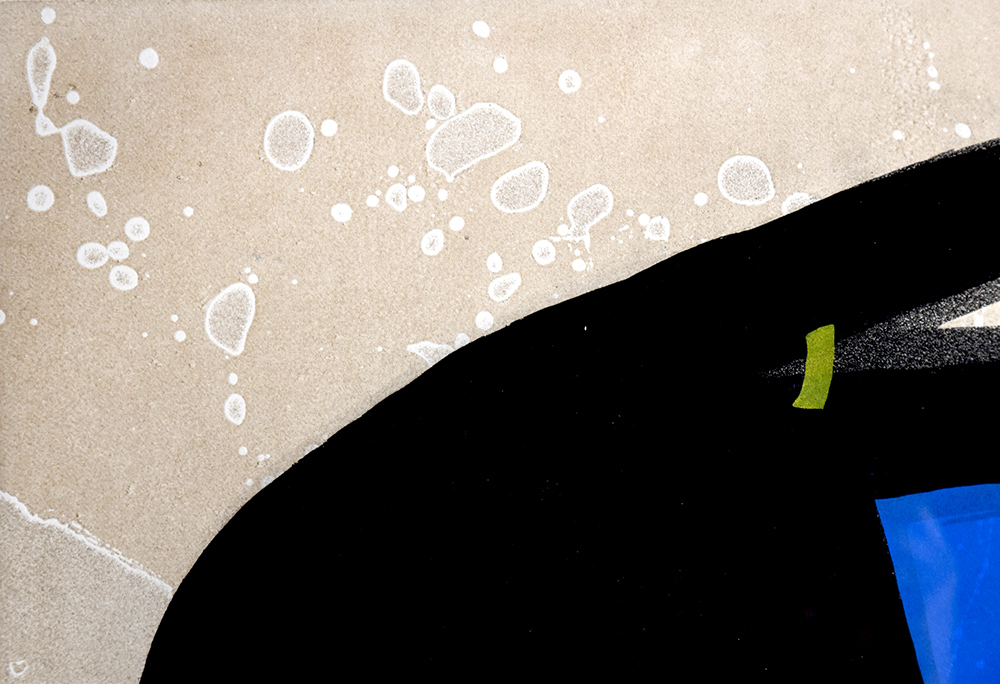 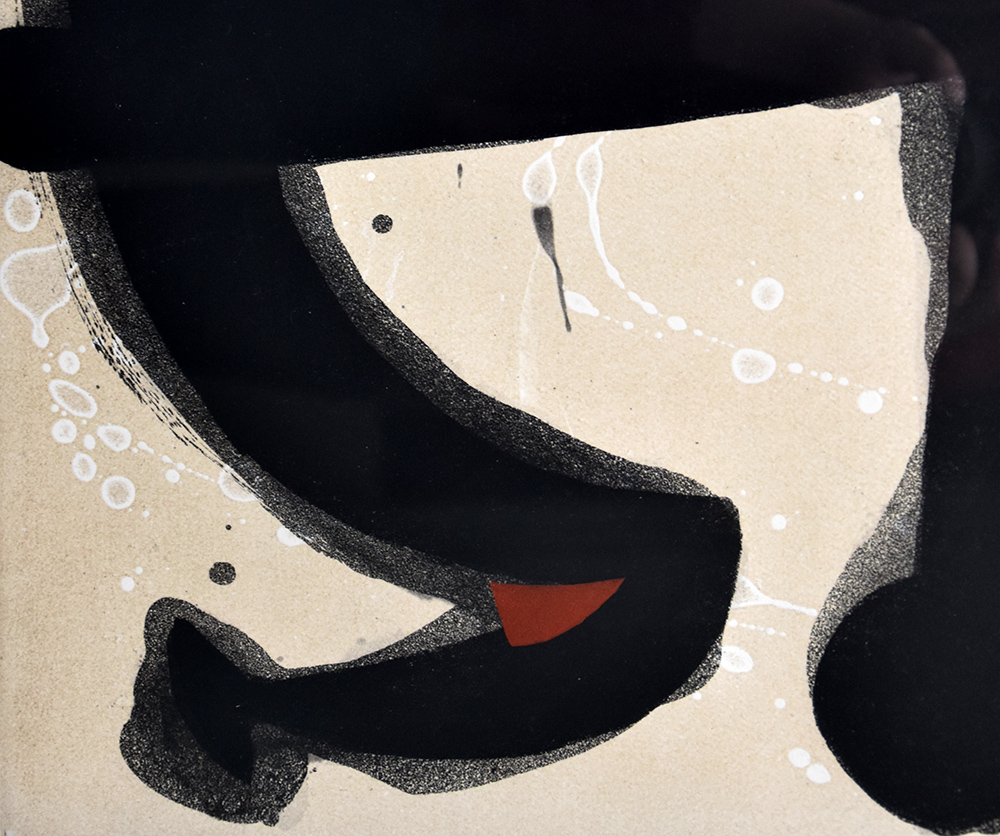 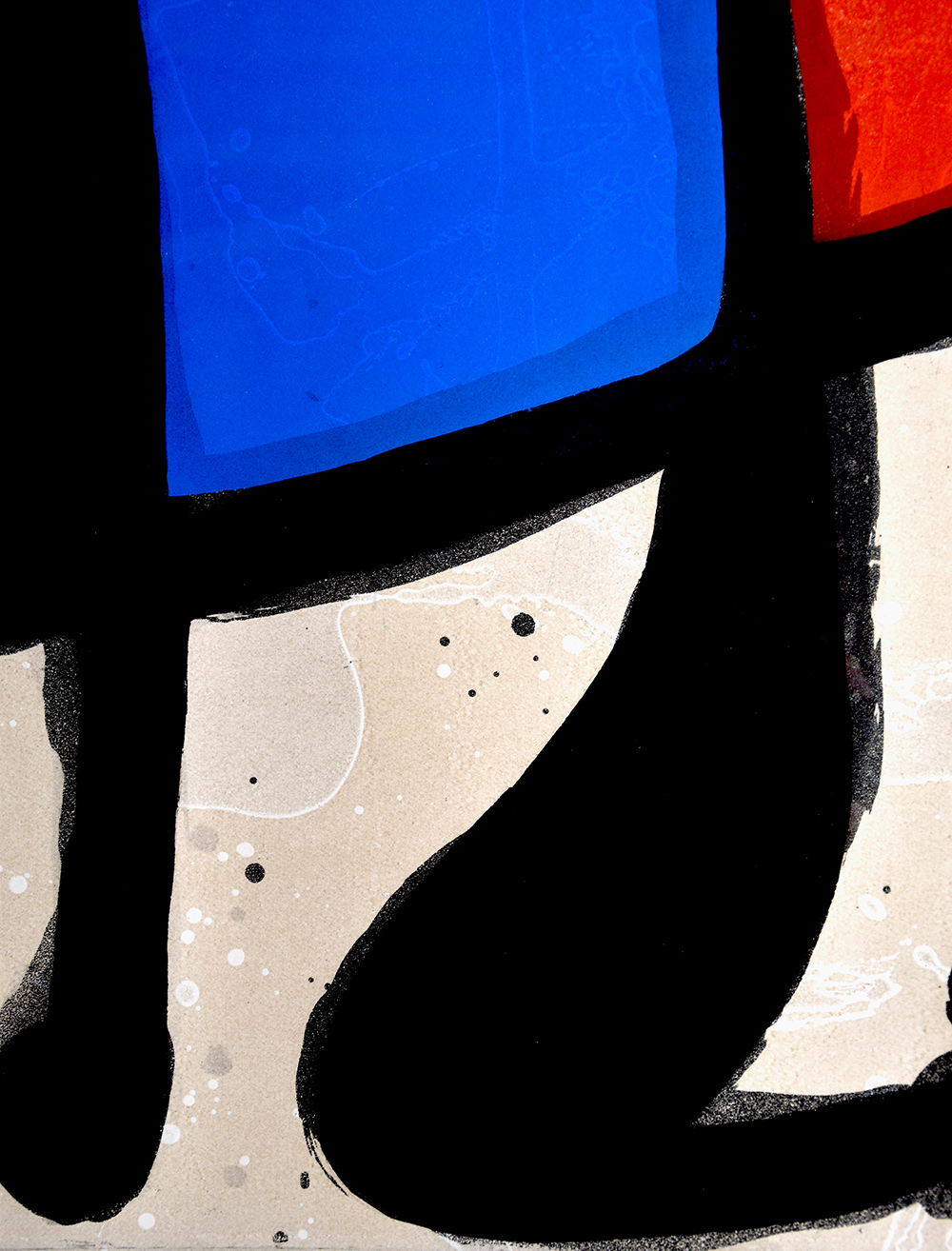 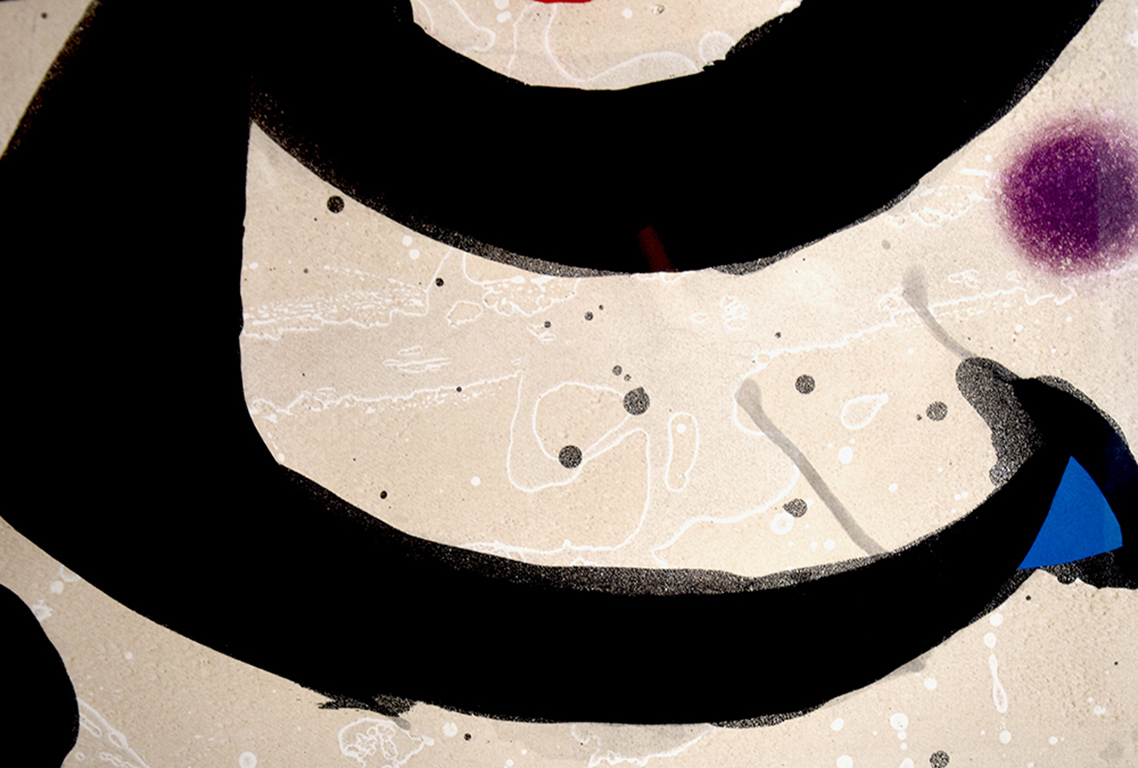 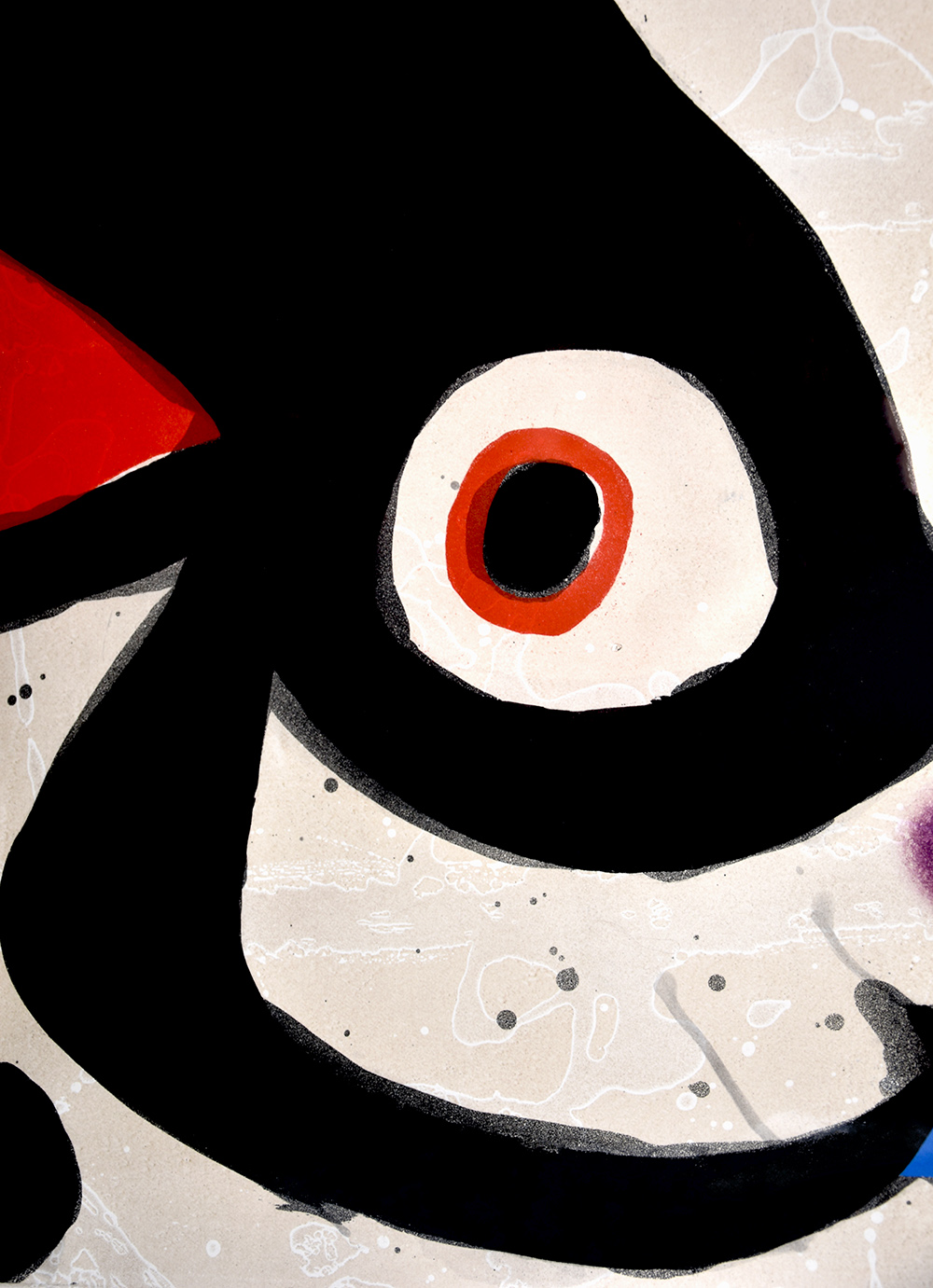 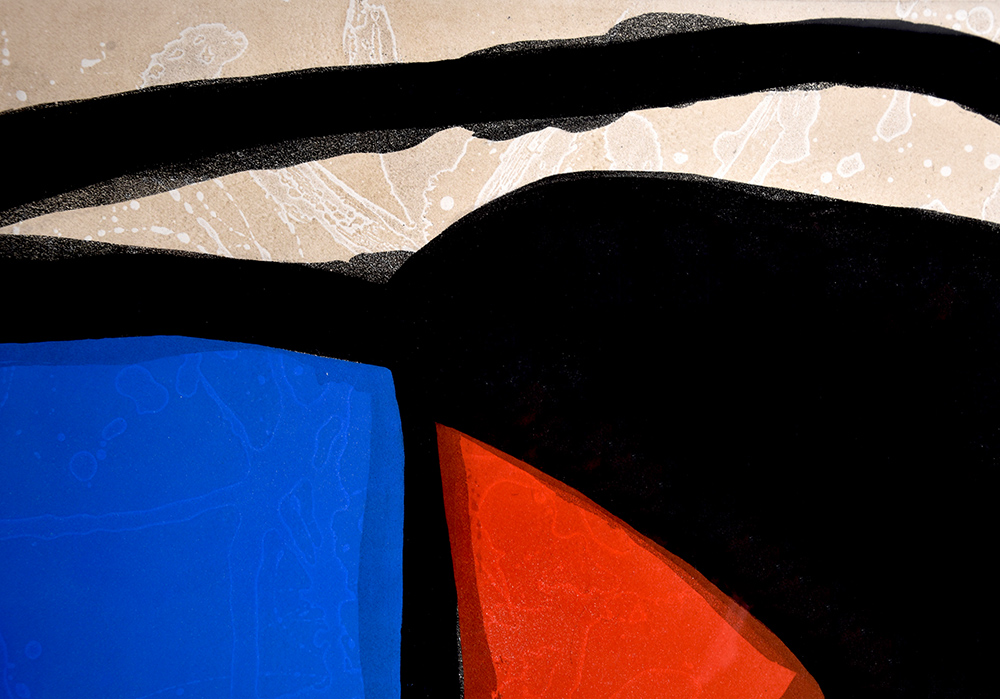 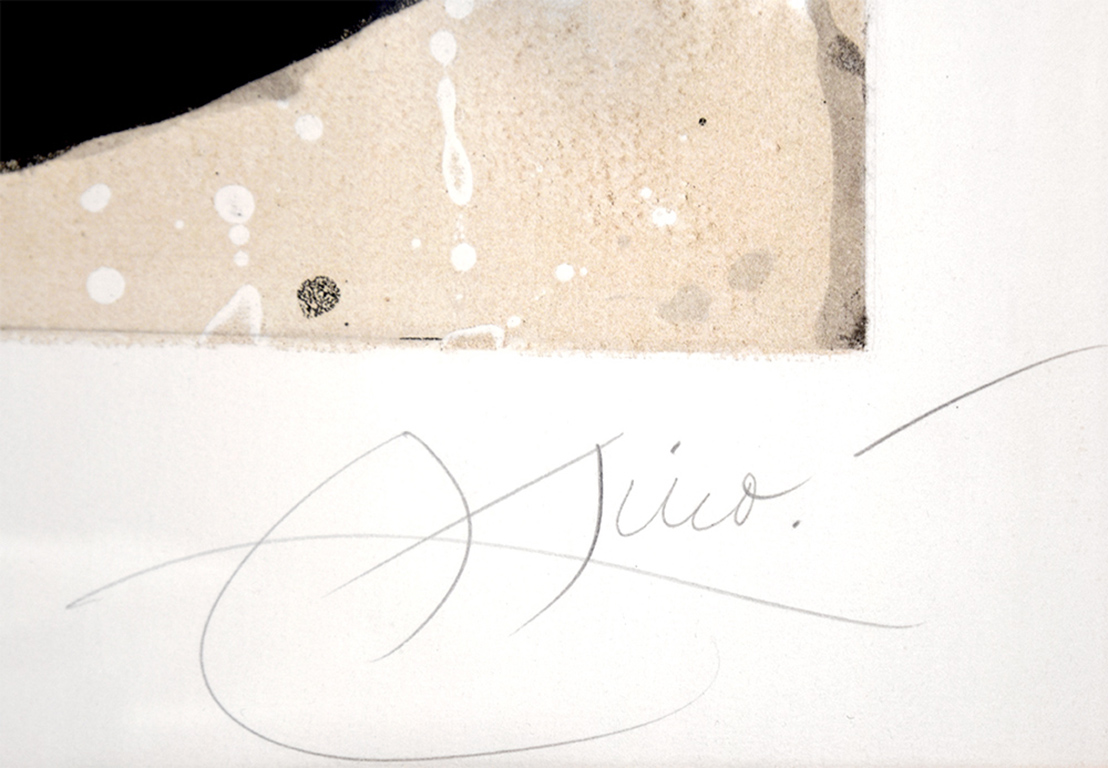 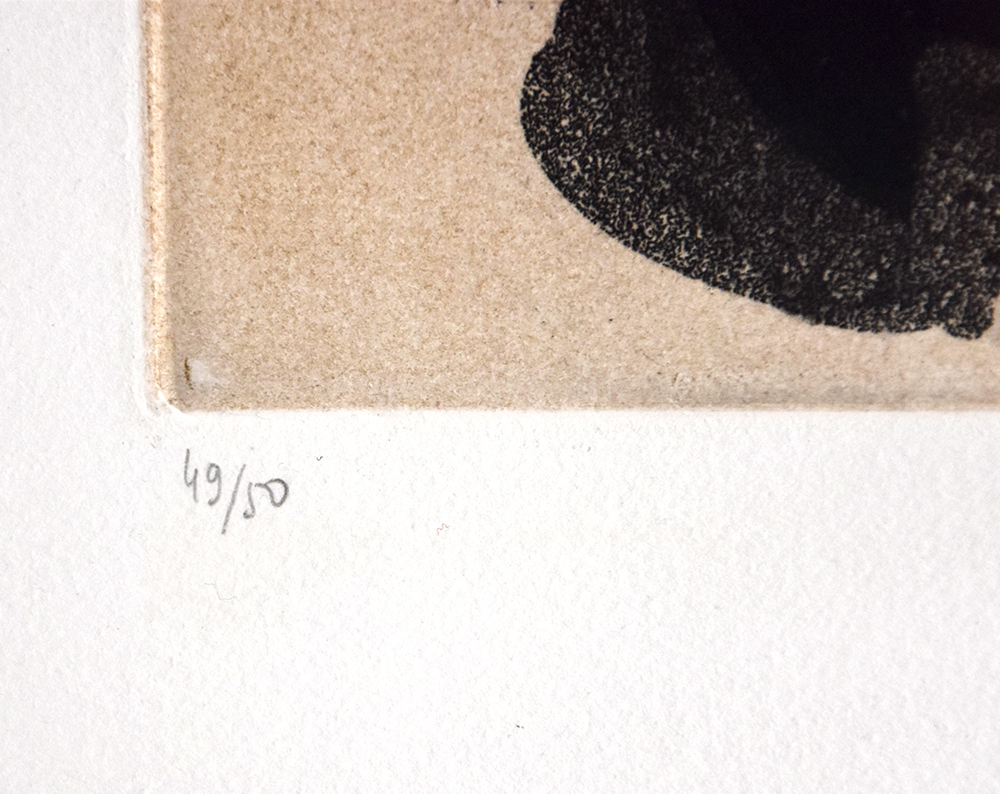 Joan Miró Le Rat des Sables (The Sand Rat), 1975 is a charming and abstraction of, as the title suggests, a black rat. It faces the right margin of the image and nearly dominates the entire composition. Its torso is accentuated with two geometric shapes in blue and red, and from it four peculiar legs crop out and carry the animal along. The creature lifts its tail toward its head as its bright red eye glances back innocently at the viewer. Its front most leg appears to be holding a flower up to its nose, emphasizing its endearing naivete. The rat is placed in front of a warm ochre background which represents the sand mentioned in the work’s title. In this background, Miró showcases his painterly hand with arbitrary white stains that give the illusion they were created with a paint brush.

Joan Miró Le Rat des Sables (The Sand Rat), 1975 is fully documented and referenced in the below catalogue raisonnés and texts (copies will be enclosed as added documentation with the invoices that will accompany the sale of the work).