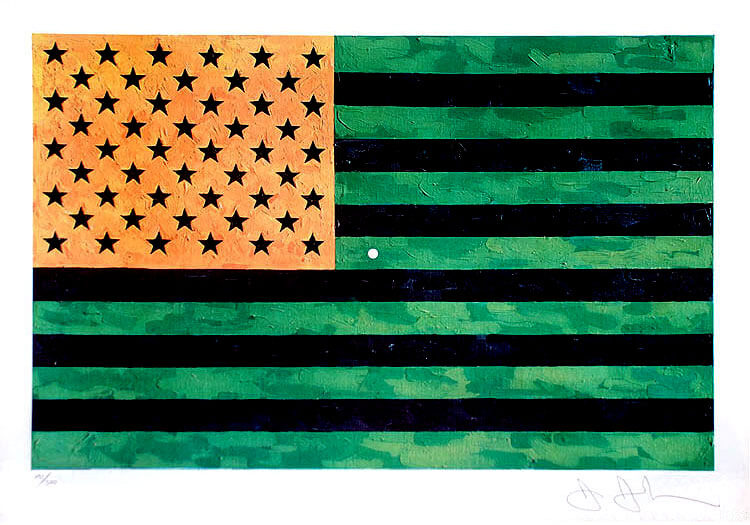 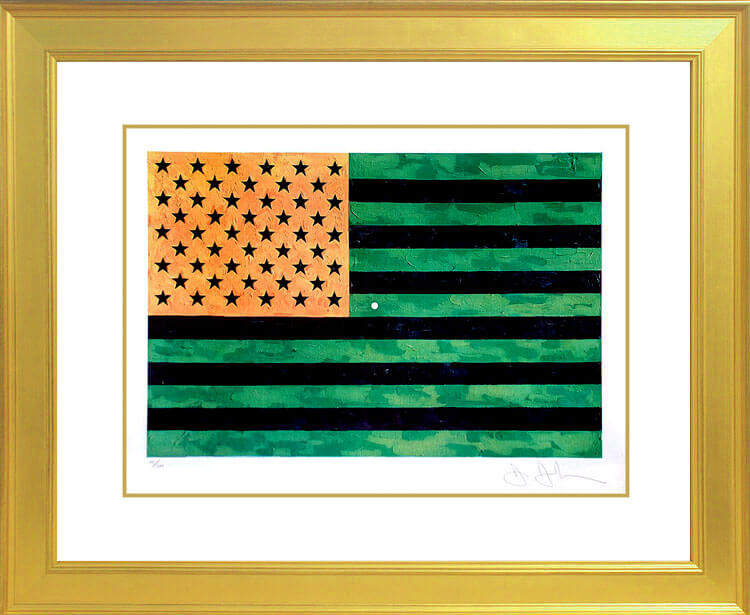 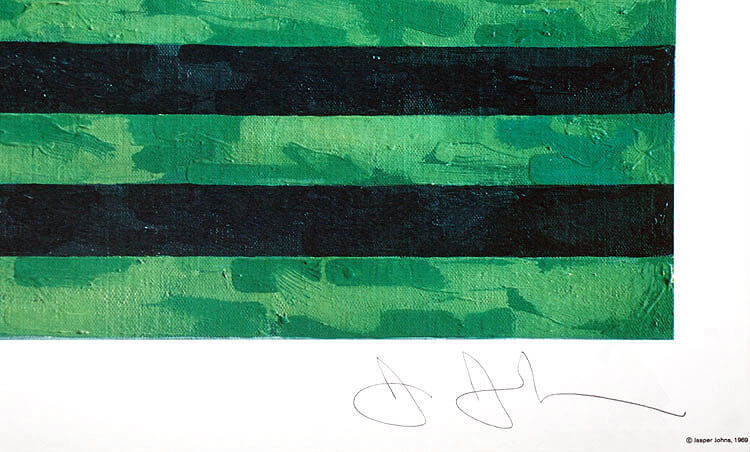 In 1969, the Leo Castelli Gallery of Los Angeles commissioned Jasper Johns to produce a poster for the National Vietnam Moratorium. This work exemplifies the image that Johns created to evoke his disgust with America's involvement in the Vietnam War. Johns' prior depictions of the American Flag were filled with rich national pride; the flag was exuberantly depicted in red, white, and blue. This flag, however, appears toxic and sickly, with off-putting hues of green, orange, and black in place of the red, white, and blue. The splotchy green utilized in the stripes bares a strong resemblance to camouflage while the white hole in the center brings to mind a bullet hole, as if the flag has been shot through. This powerful piece was created during one of the most tumultuous and violent periods in American history. By applying subtle changes to perhaps the most iconic American image, Johns brought awareness to the horrors of the Vietnam War.
Created in 1969, this work was printed on wove paper and published by the Committee Against the War in Vietnam. This piece is numbered from the edition of 300 in pencil in the lower left margin and hand-signed by Jasper Johns (Augusta, 1930 - ) in pencil in the lower right margin. Also signed in the stone in the lower right margin '© Jasper Johns, 1969.'

Documented and Illustrated in:
1) Field, Richard. The Prints of Jasper Johns: A Catalogue Raisonne, listed and illustrated as cat. no. S5.