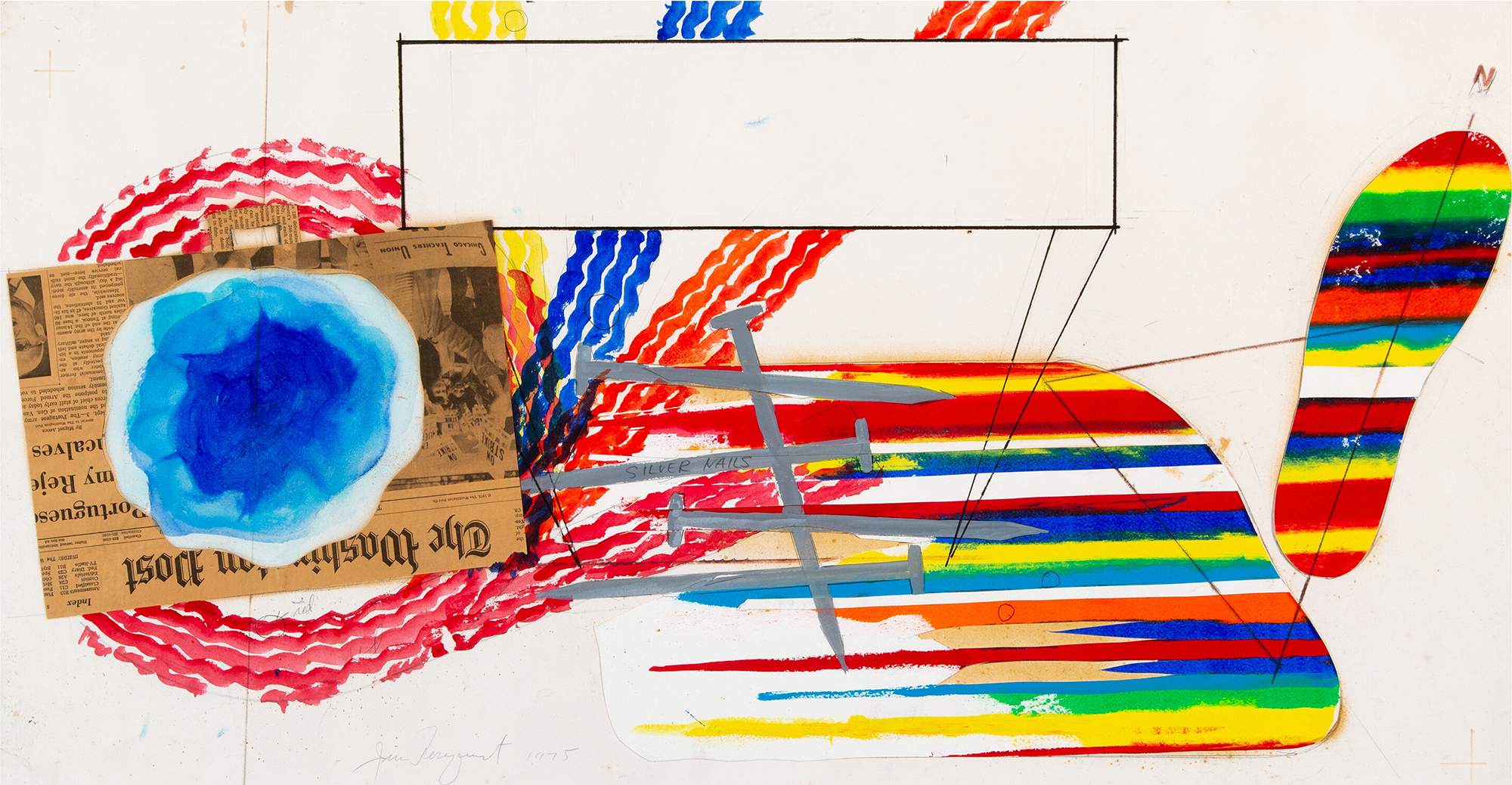 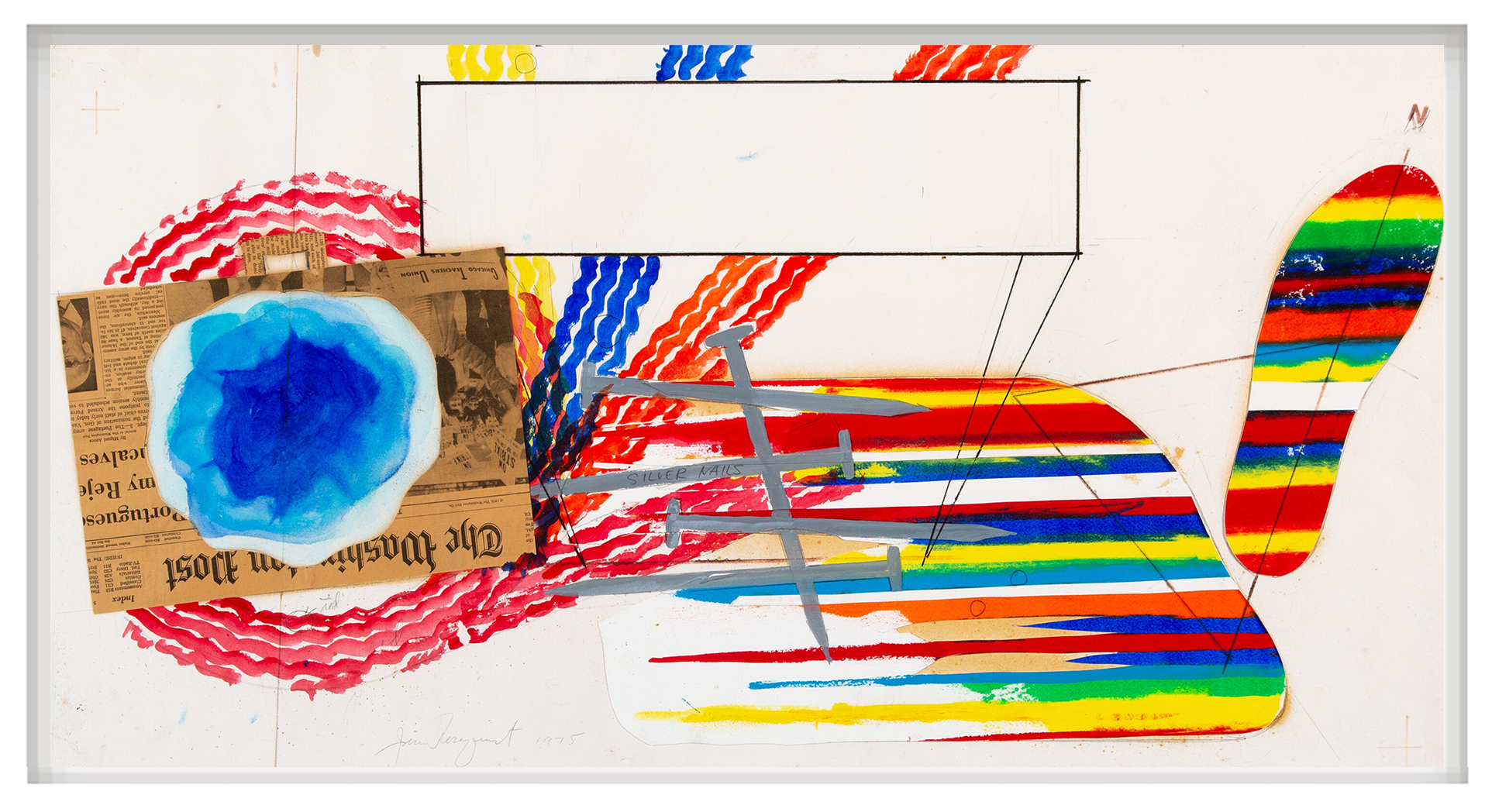 James Rosenquist Untitled, 1975 is an enthralling work created by the artist as a study for a lithograph of the same title. Rosenquist, alongside artists like Andy Warhol and Roy Lichtenstein, pioneered the pop movement with bold imagery and colors such as the ones that appear in this work. In this work, Rosenquist uses colors from across the color wheel to create two abstract globules of wet medium, one of which travels from the right to the center of the lower half of the composition. On the left hemisphere of the work, a circular form composed of painterly marks that resemble tire tracks sits underneath a page from The Washington Post. Over this, the artist paints layers of white and blue medium. Behind the newspaper clipping is a circular form in magenta composed of painterly marks that resemble tire tracks. From this shape, other similarly formed marks in yellow, blue and red emerge and dart toward the upper edge of the paper. In the upper center of the work, Rosenquist ingeniously places an empty rectangular form defined by thin black lines, giving the work a sense of depth and an opportunity for the viewer’s eye to rest.

Catalogue Raisonné & COA:
James Rosenquist Untitled, 1975 is fully documented and referenced in the below catalogue raisonnés and texts (copies will be enclosed as added documentation with the invoices that will accompany the sale of the work).

About the Framing:
Framed to museum-grade, conservation standards, James Rosenquist Untitled 1975 is presented in a complementary moulding and finished with silk-wrapped mats and optical grade Plexiglas.