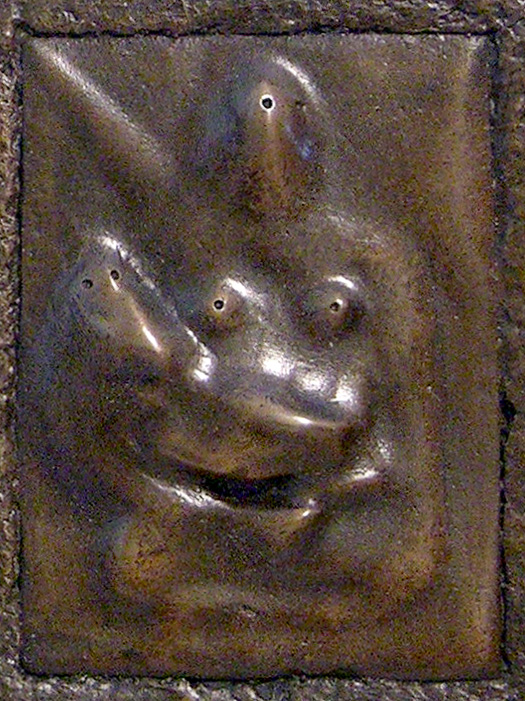 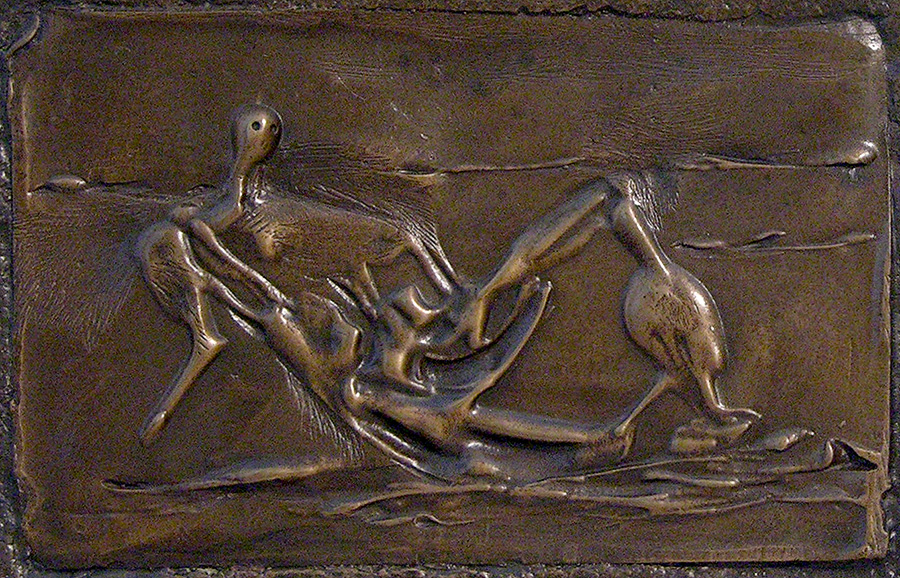 This stunning work appears as a figural study cast in bronze; nostalgic and personal undertones can be felt through Moore's expressive line and manner in which the figures are raised slightly from the surface. One the left we see a small panel of the Reclining Figure; propped against one arm, the other rests listless on a raised knee. With both indented and raised elements, the composition shows Moore's artistry with the bronze medium and his ability to translate organic, fluid forms through sculpture.

The small panel on the right features the Mother & Child. She swaddles and carries her baby in the way most women would. However, with such minimal detail, we are still able to assume the emotion, feeling, and tenderness that Moore has been able to capture with this intimate composition. Both panels are textured and transformative under the light - the small shadows cast by the raised silhouettes make way for illusory movement, breathing life into the bronze and evoking a more emotional and vivid reaction to its audience.

Created in 1977 by the Morris Singer Foundry, this original cast bronze sculpture is hand-inscribed by Henry Moore (1898 - 1986) in the upper left edge/lip, 'Moore'. Numbered 5/9 from the total edition of 9.