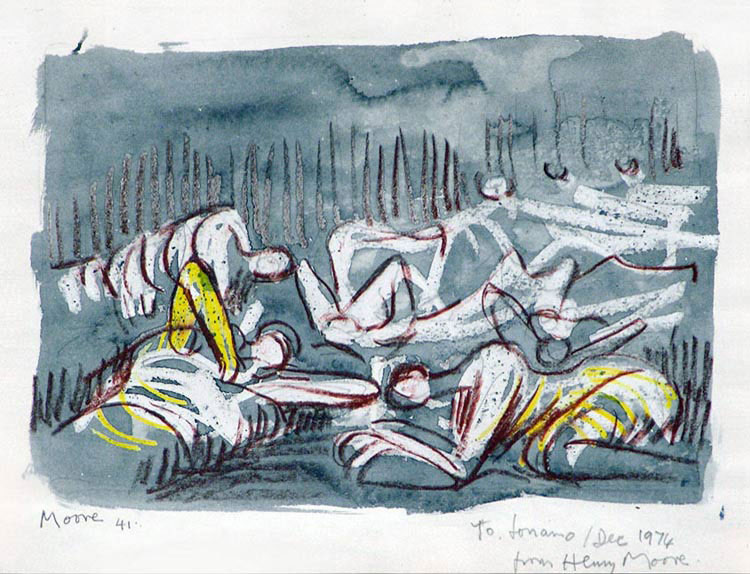 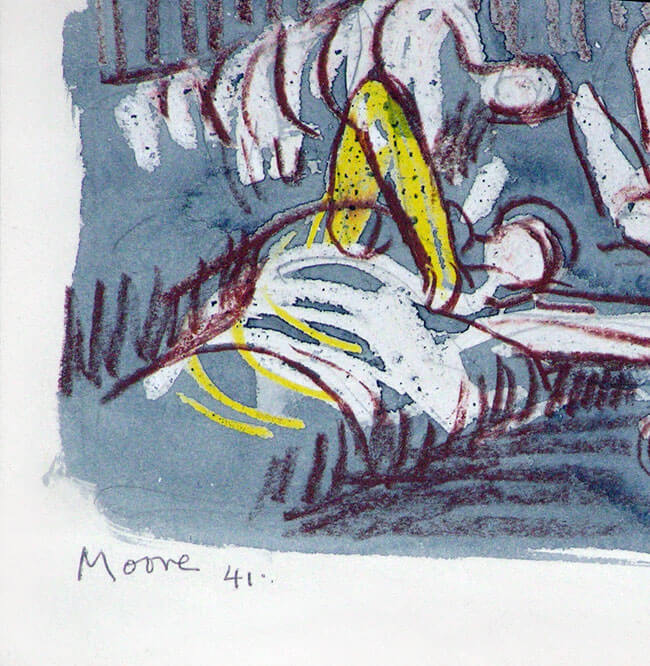 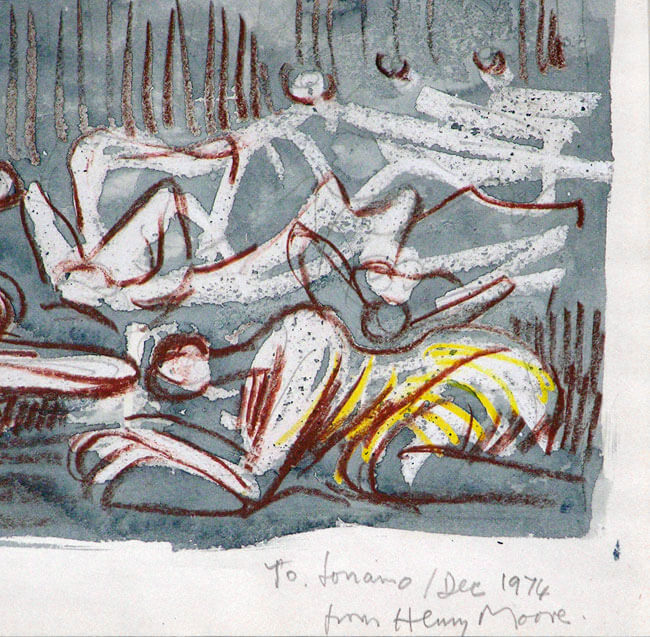 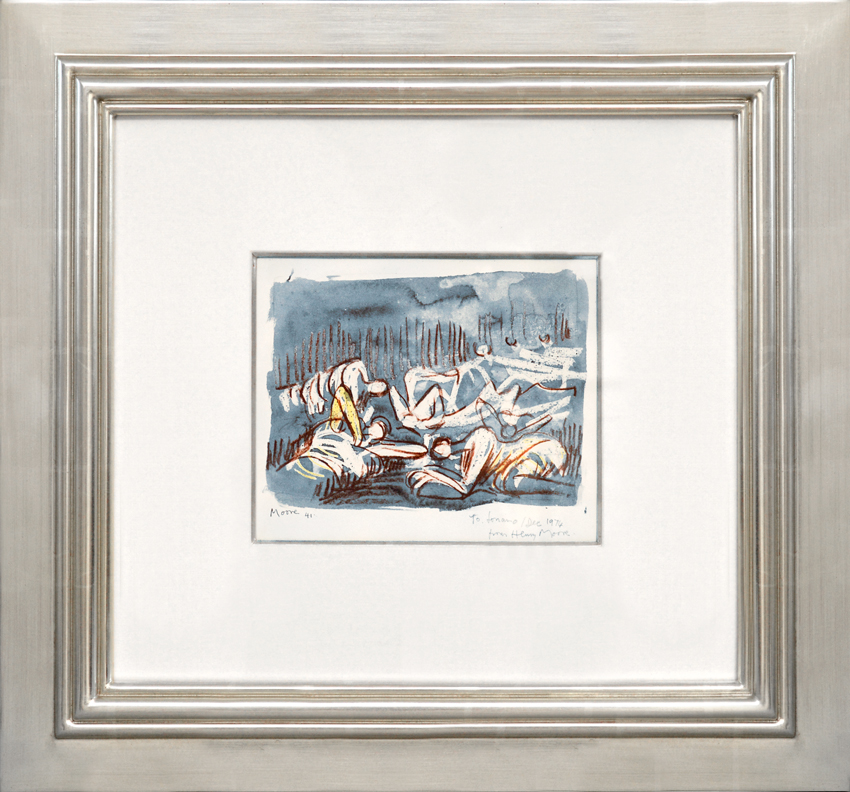 This deep and soulful retrospective was part of a number of drawings Moore had created which were inspired by notions of "shelter" and of his subjects in slumber. They are considered one of Moore's most historically poignant and significant works of his entire œuvre. This drawing in particular reveals Moore's expressive stroke and movement of line, combining those with color while highlighting his subjects with both subtle and bold tonalities. The shapes here are intertwined, their limbs and bodies reduced to simple strokes of white which are almost inundated and by the enveloping blue-grey that surrounds them. Shadowing is implemented by the mere use of vertical lines in a subtle tone of red with a brownish hue. One character in particular is highlighted with a burst of yellow along its arm and elbow; its positioning in the foreground helps anchor the work, while determining the depth and space of the "shelter" depicted in the piece.

Created in 1941, this drawing was created using graphite pencil and wax crayon, washed to create the silky, smooth effect. It is hand-signed by Henry Moore (West Yorkshire, 1898 – Hertfordshire, 1986)in black ink in the lower left margin and inscribed in pencil, 'To Loriano / Dec 1974 | from Henry Moore' in the lower right. It is catalogued and archived with the Henry Moore Foundation as cat. no. HMF 1787. This is one of Moore's stunning and beautiful works that should be a fine addition to any collection. Examples of these drawings have been sold for as much as $200,000+ at auction.

Catalogue Raisonné & COA for Henry Moore Untitled, 1941:
This unique Henry Moore drawing is fully documented and referenced in the below catalogue raisonnés and texts (copies will be enclosed as added documentation with the invoices that I will enclose with the sale of the work) :