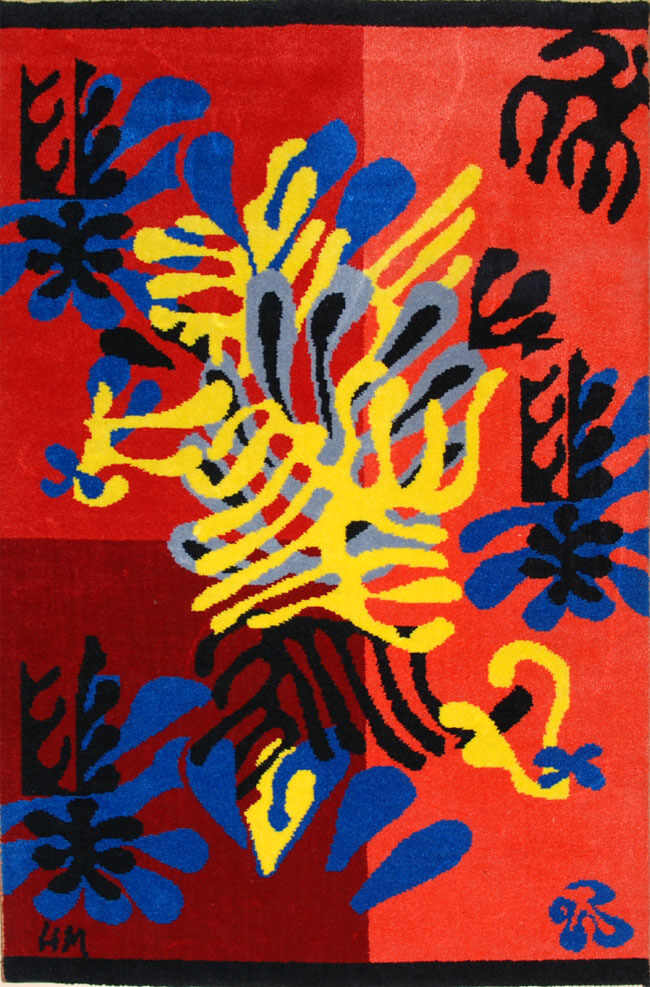 This richly colored tapestry Matisse Mimosa, 1951 is filled with the wonderful and warm colors of a sunset. It consists of a deep red and bright orange background with detailing in black, gray, yellow and blue. Depicted on the tapestry is a mimosa, a flowering tree that thrives along the Côte d’Azur. The flowery and leafy shapes of Matisse’s cut outs combined with the woven tapestry make for a delightful piece in both decoration and texture that would make a lovely addition to any collection.

Created in 1951, this tapestry contains the woven signature ‘HM’ in the lower left and is from the edition of 500, published by Alexander Smith and Sons, New York (it is our belief that this edition of 500 was never completed in entirety).

Henri Matisse Mimosa, 1951 is fully documented and referenced in the below catalogue raisonnés and texts (copies will be enclosed as added documentation with the invoices that will accompany the sale of the work).

Displayed in the Following Exhibitions: