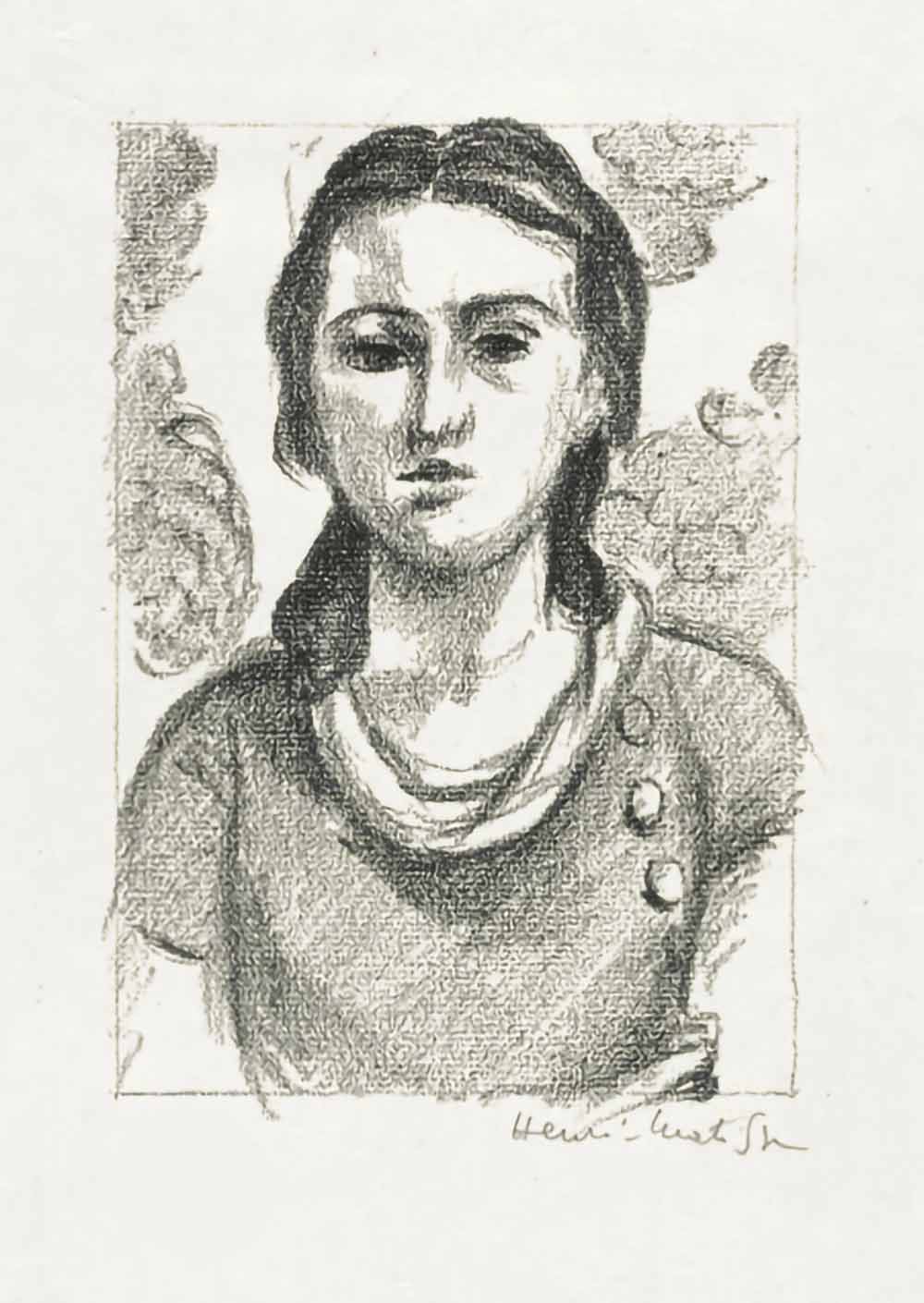 Henri Matisse Tête de Jeune Fille (Head of Young Girl), 1925 is an exquisite portrait of a young, unnamed girl. The young girl is delicately glancing at the viewer, as if she is observing us the same way Matisse observed her, her eyes dark and heavy but inquisitive with a single eyebrow slightly raised. Her hair is tied back into curls that frame her face and neck. She is adorned in a dress with three buttons down the right side. Matisse depicts this young girl in black and white, utilizing strong tonal contrasts to create a sense of depth which you can see in the way he only added small amounts of shadows to her face and clothes. Matisse has her framed in the middle of the image, with circular mounds behind her to represent the idea of trees, so we know she is outside. The delicate line work on textured paper offers a juxtaposed comparison between the smoothness of the pencil versus the rough texture of the paper, and how it can even relate to the girl who looks very delicate but glances out at you unknowing.

Catalogue Raisonné & COA:
Henri Matisse Tête de Jeune Fille (Head of Young Girl) is fully documented and referenced in the below catalogue raisonnés and texts (copies will be enclosed as added documentation with the invoices that will accompany the sale of the work).

About the Framing:
Framed to museum-grade, conservation standards, Henri Matisse Tête de Jeune Fille (Head of Young Girl), 1925 is presented in a complementary moulding and finished with silk-wrapped mats and optical grade Plexiglas.