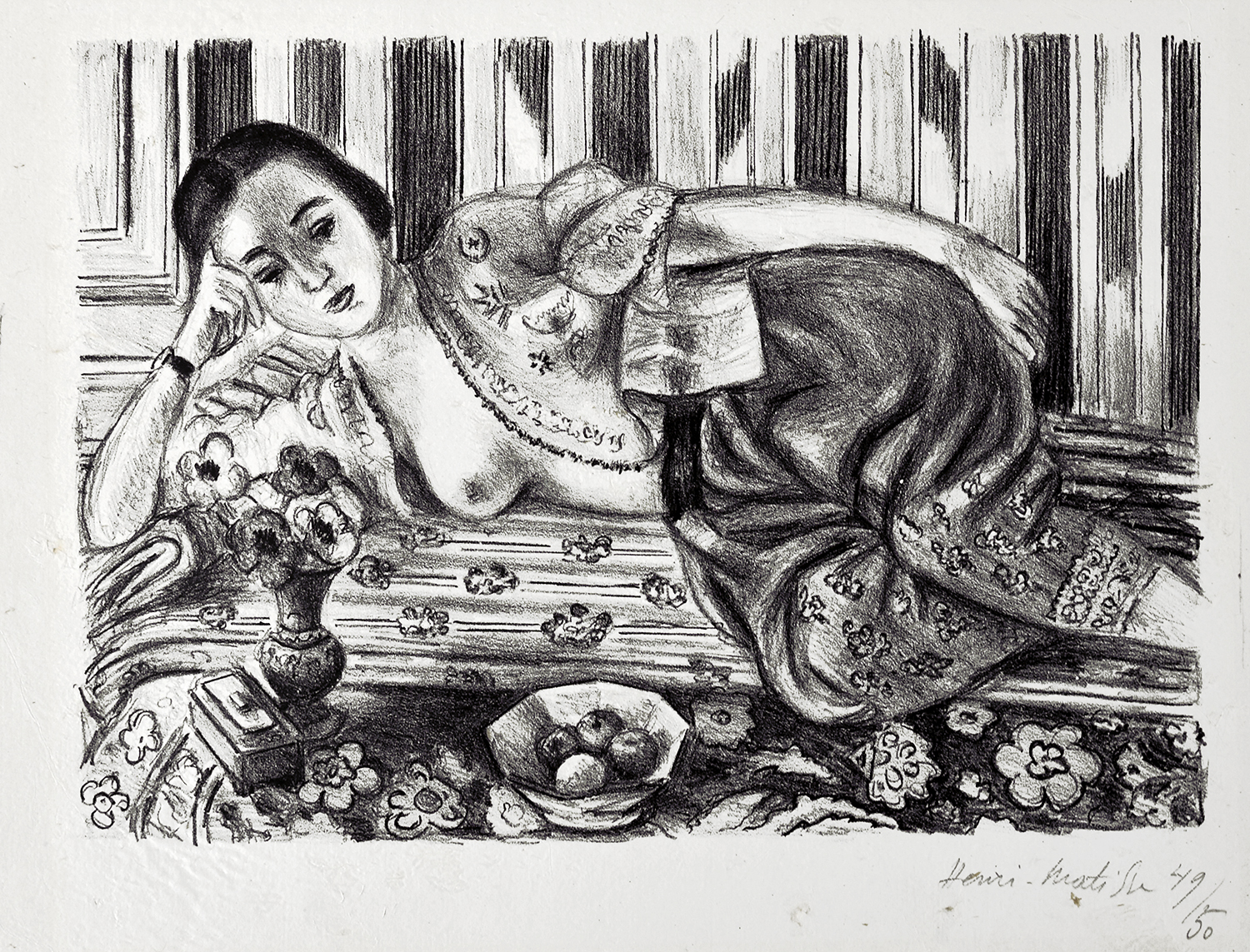 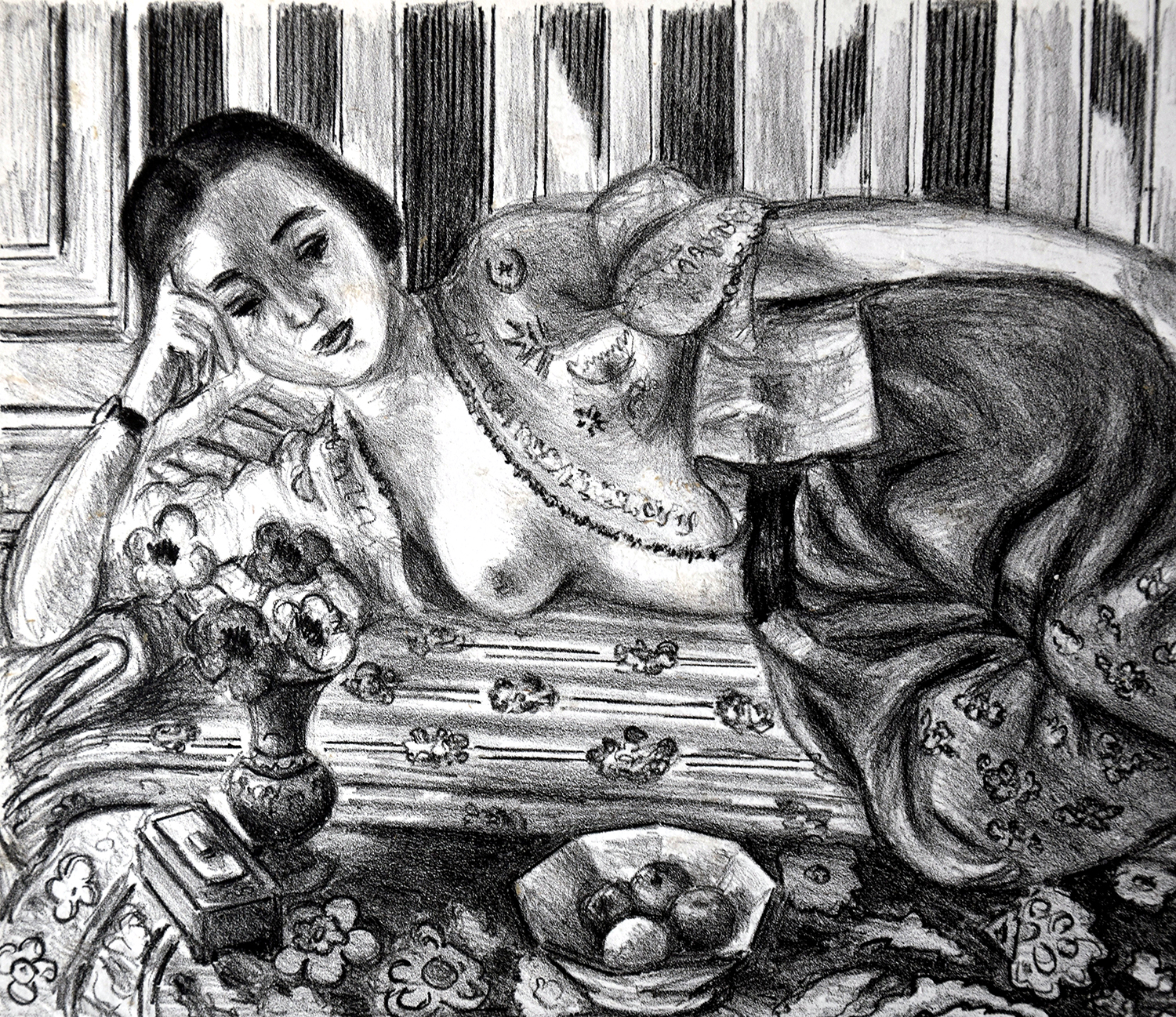 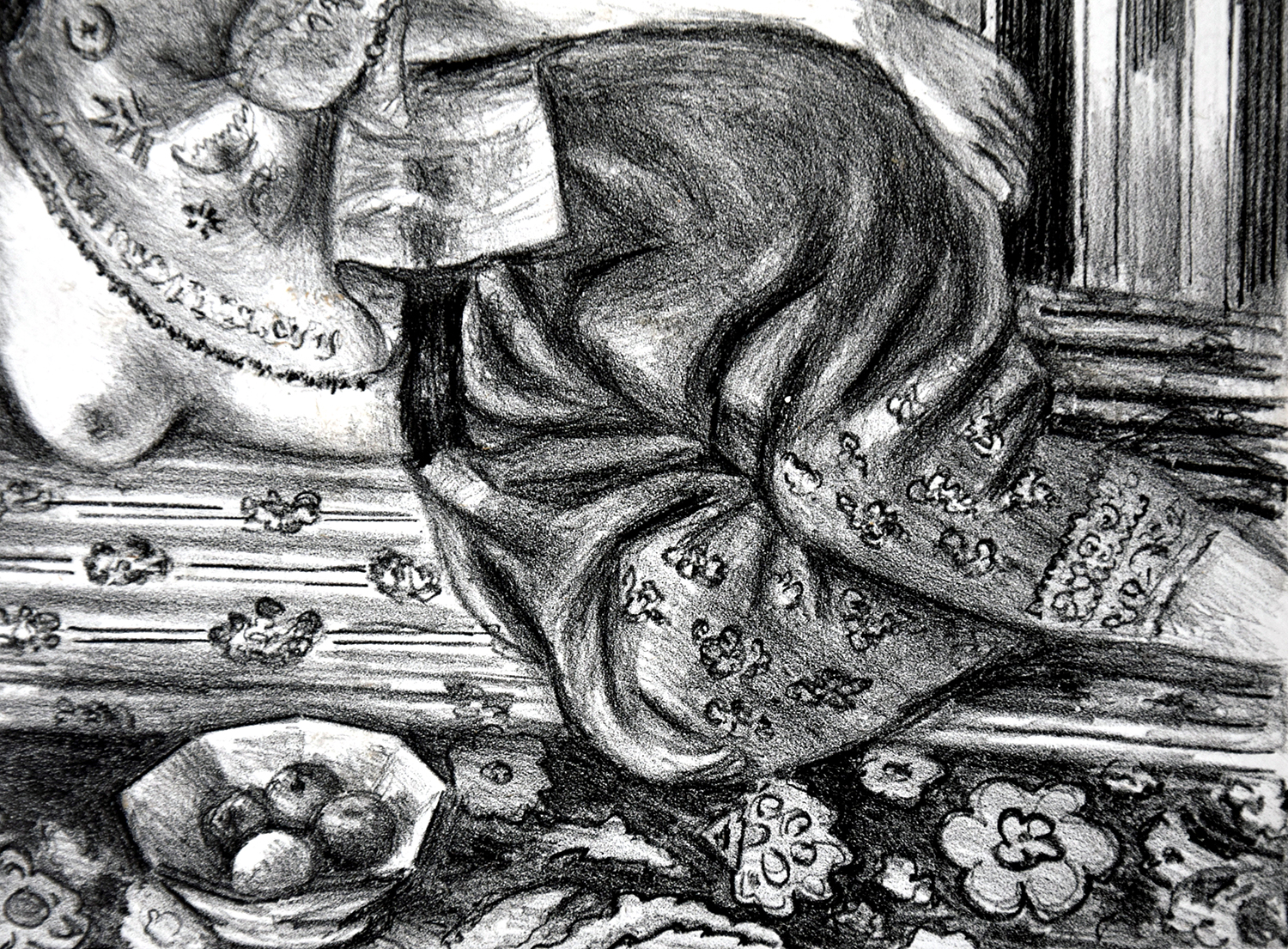 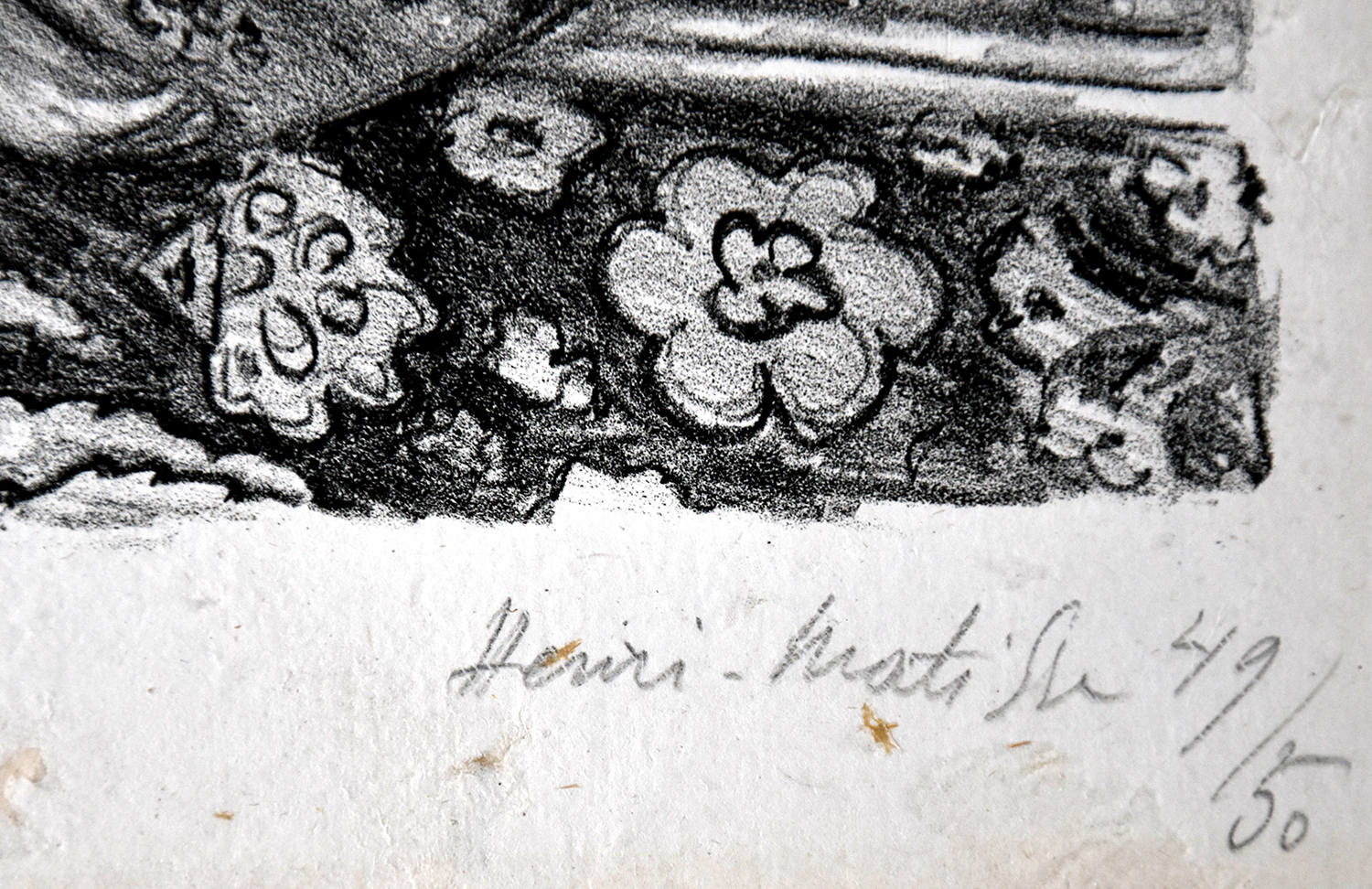 Henri Matisse Odalisque a la culotte de satin rouge (Odalisque with Red Satin Culottes), 1925 is a sensuous work outlining a fascination with the female figure. Matisse began exploring the theme of the Odalisque in 1923 after a visit to Morocco. The Odalisque appears frequently as Western artists grappled with the allure of Eastern cultures. Similar to many other works of this genre, the odalisque here is seen wearing haram pants whilst lying on a divan. In Mattise’s rendition, she is seen lounging, her head gently propped up by her hand. The woman is partially nude, covered by satin trousers which fold beautifully onto her figure. Matisse frequently replicated on his models the intricate clothing patterns he had seen in Morocco.

Her gaze beckons the viewer to look closer, creating a sense of intimacy. Surrounding her are floral arrangements and fruits, symbols of beauty, youth and fertility. This work is very special due to the subject matter and the textural details. Due to Matisse’s later, debilitating illness in 1941, hand-made works of this quality are fairly rare.

Catalogue Raisonné & COA:
Henri Matisse Odalisque with Red Satin Culottes (Odalisque a la culotte de satin rouge),1925 is fully documented and referenced in the below catalogue raisonnés and texts (copies will be enclosed as added documentation with the invoices accompanying the sale of this lithograph).