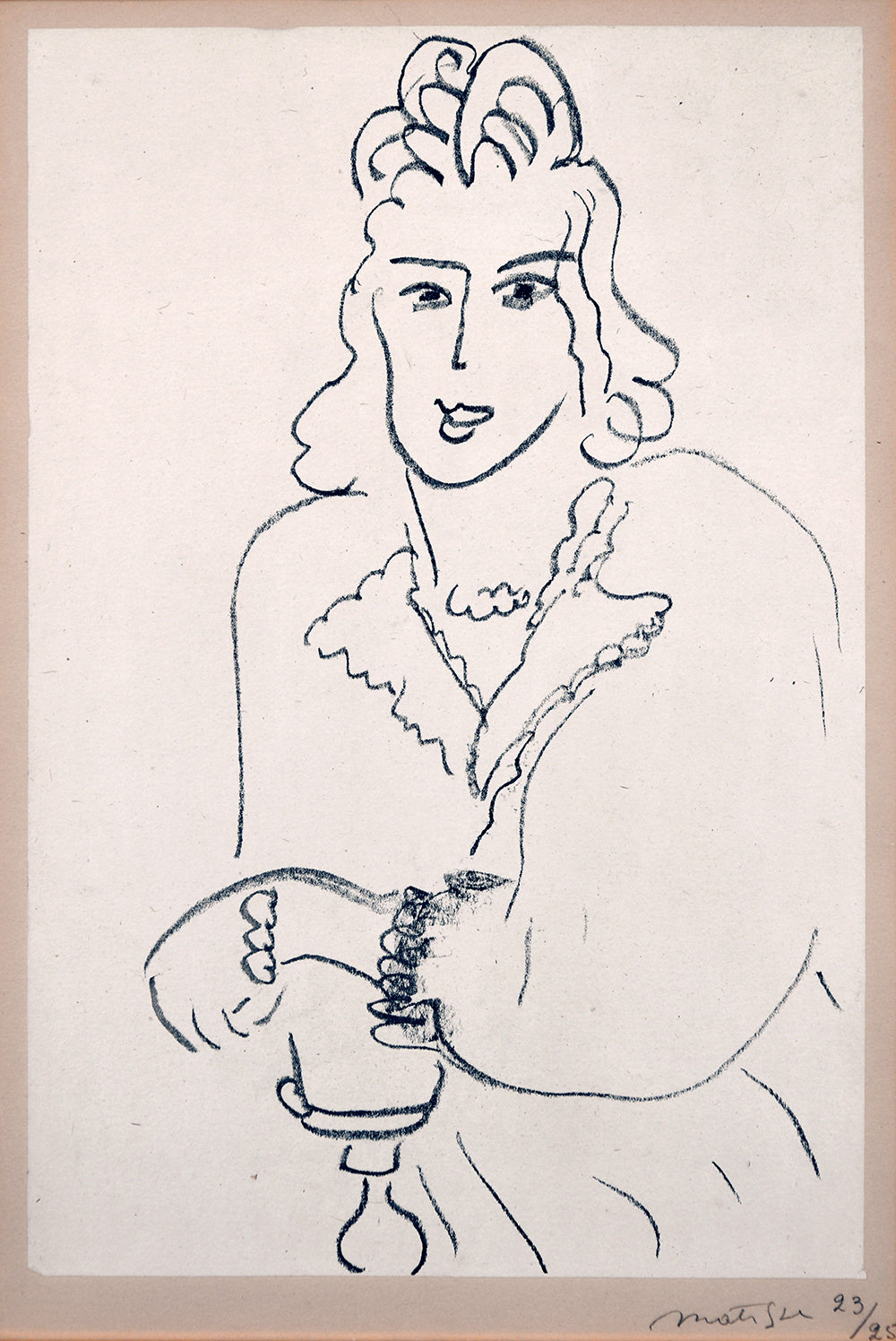 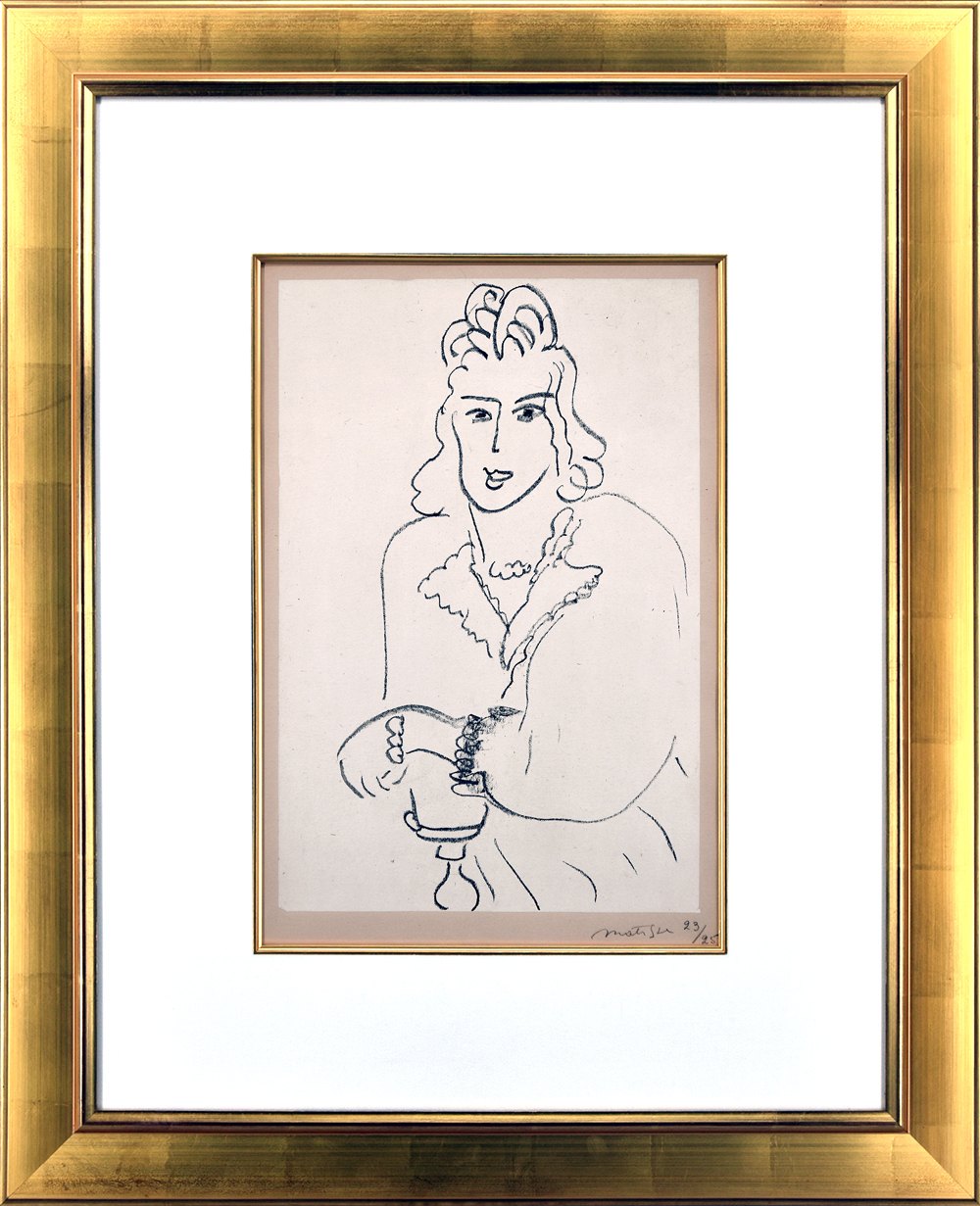 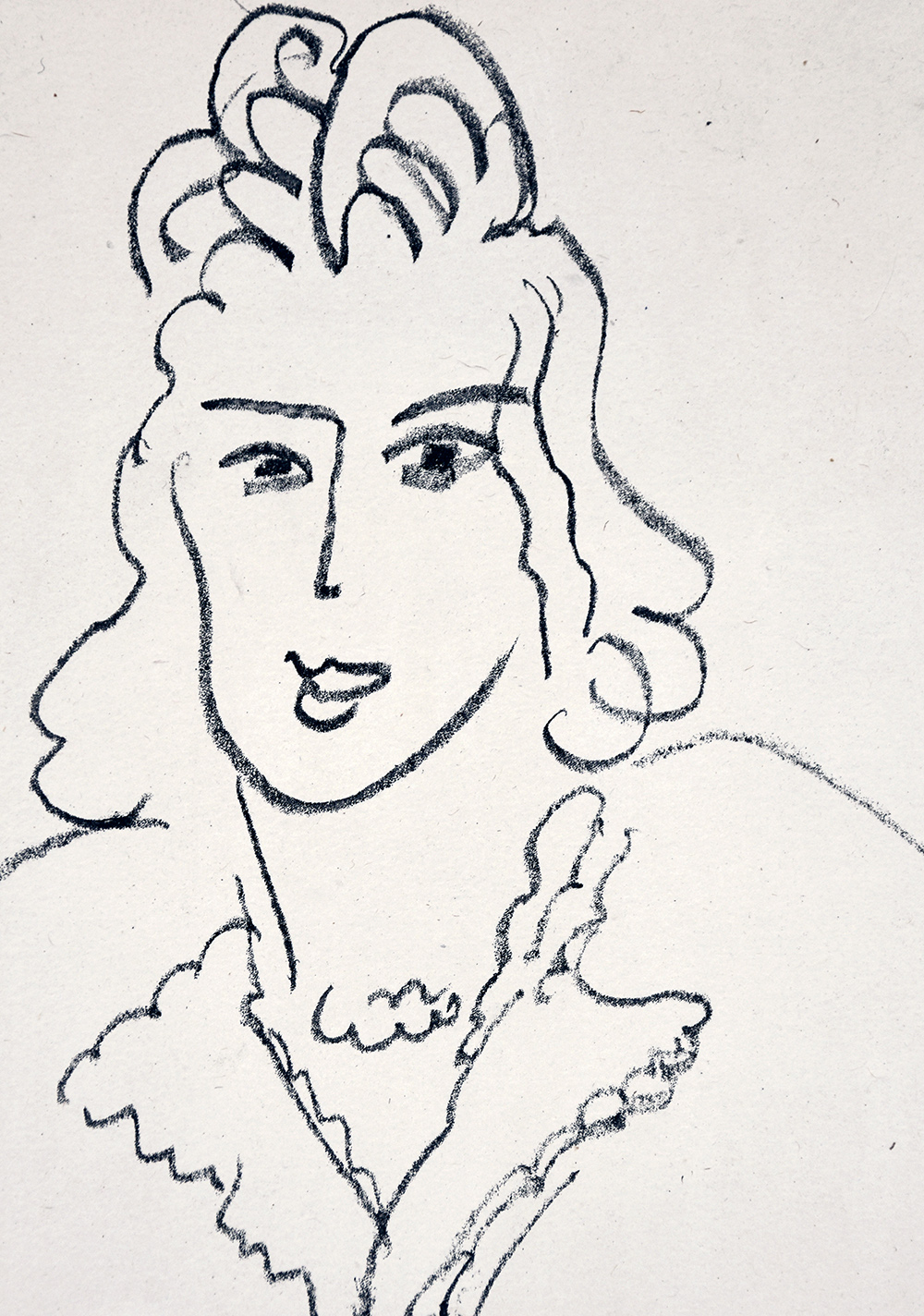 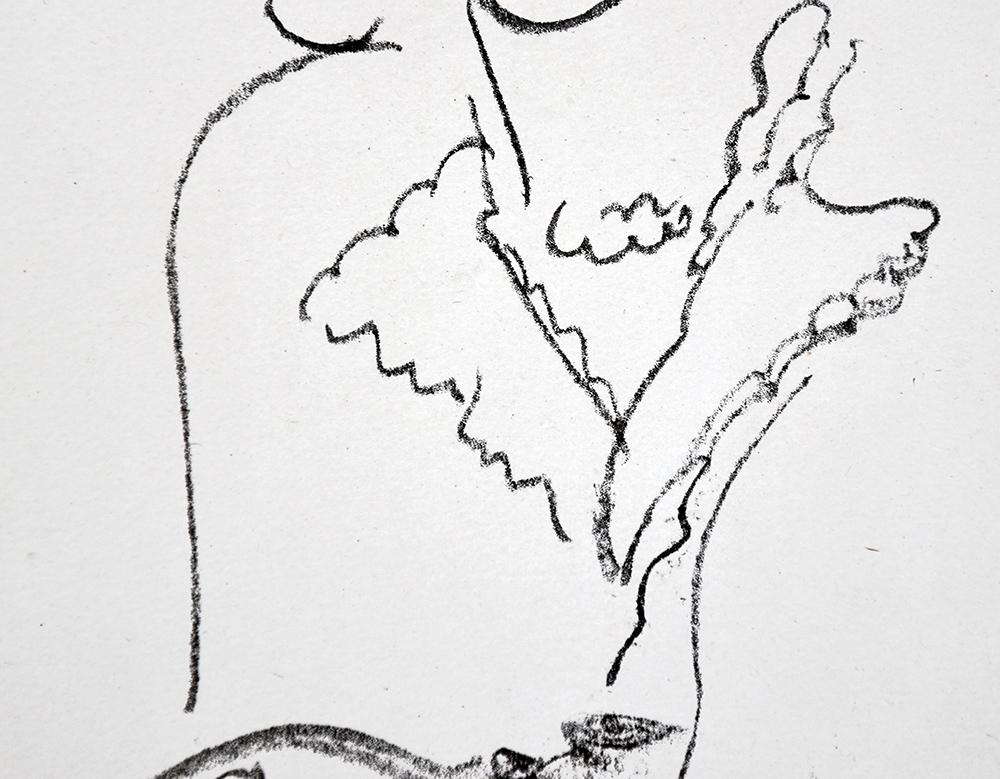 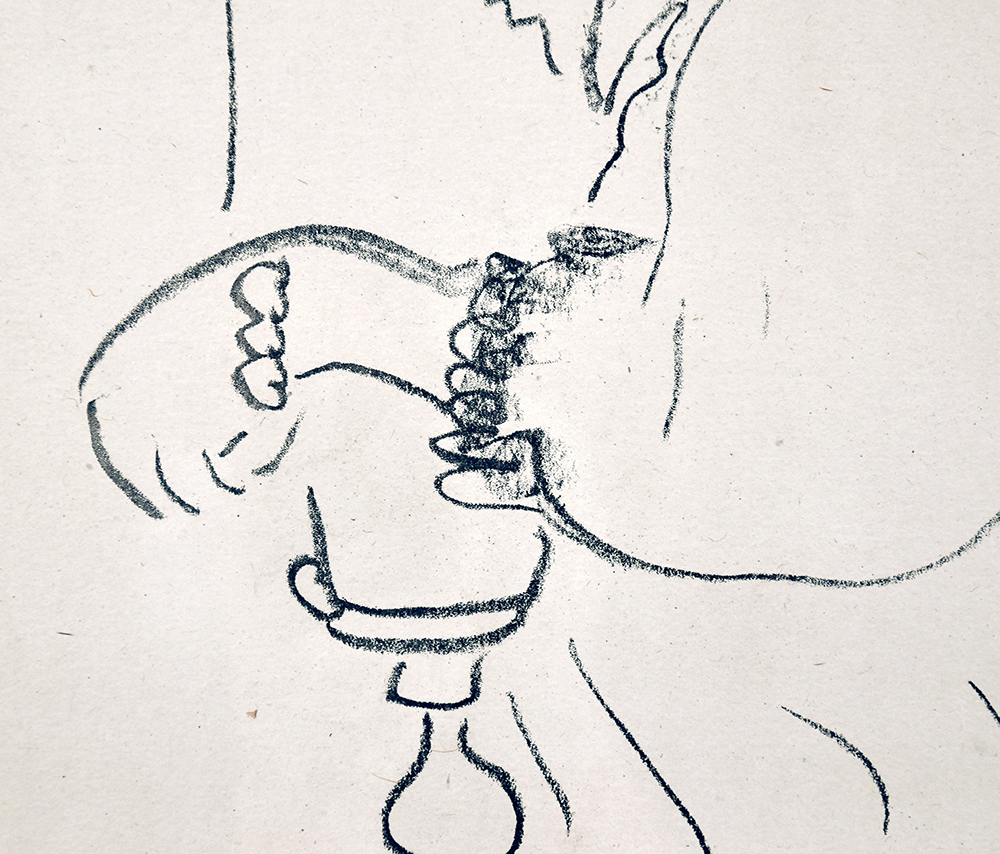 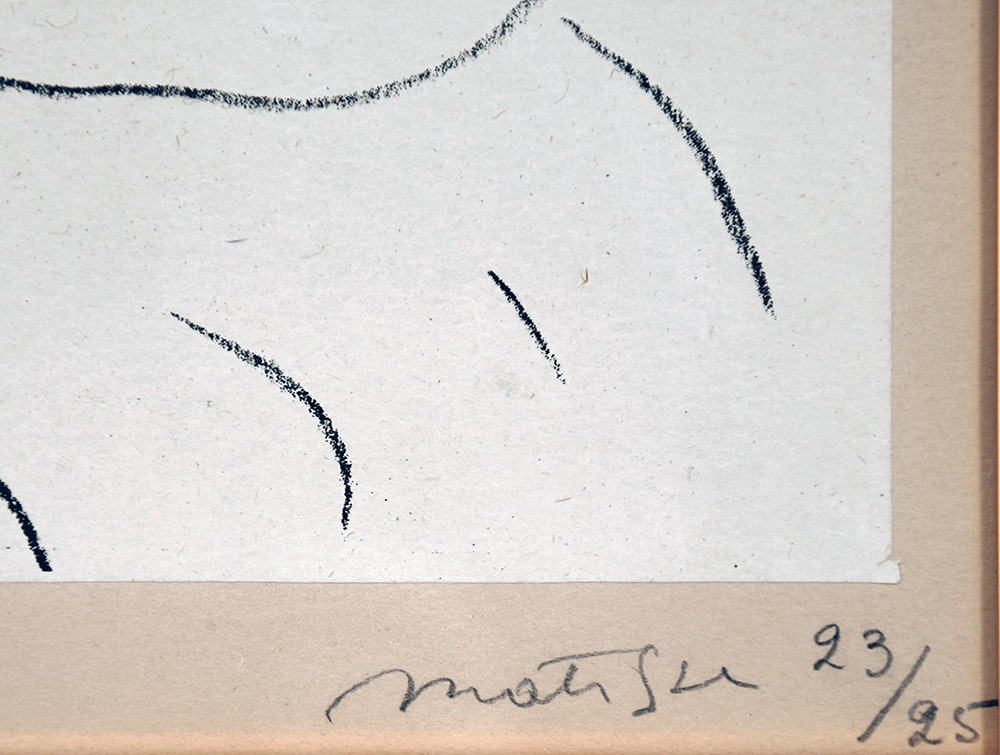 From 1941 to 1944, Matisse devoted much of his time to book illustration. In 1942, he selected Poèmes de Charles d'Orléans for illustration. The poems were composed by Charles d’Orleans who is considered one of the greatest French poets writing in the courtly tradition. As one might expect, the poems were filled with topics of chivalry and romance. In Henri Matisse Jeune Femme Coiffure Louis XV (Woman Hairdresser Louis XV), 1942, an artistic adaptation of a poem, a woman gazes upon the viewer. Her classically styled hair and jewelry create a vision of elegance and class. The simplicity of the image is striking as Matisse renders his character in detail through single-colored lines. Though simple, Matisse still evokes the intricate detail of her clothing through outline. This work singularly combines medieval literary traditions with modern artistry, a true mark of Matisse’s mastery.

Catalogue Raisonné & COA:
Henri Matisse Woman Hairdresser Louis XV (Jeune Femme Coiffure Louis XV) from Poèmes de Charles D'Orléans, 1942 is fully documented and referenced in the below catalogue raisonnés and texts (copies will be enclosed as added documentation with the invoices accompanying the final sale of the work).