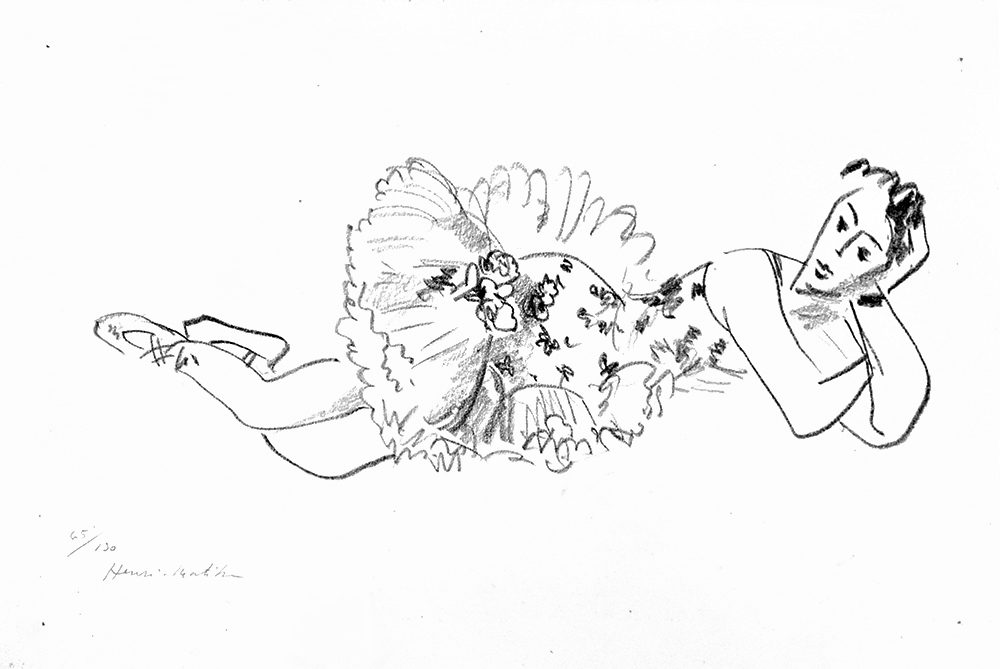 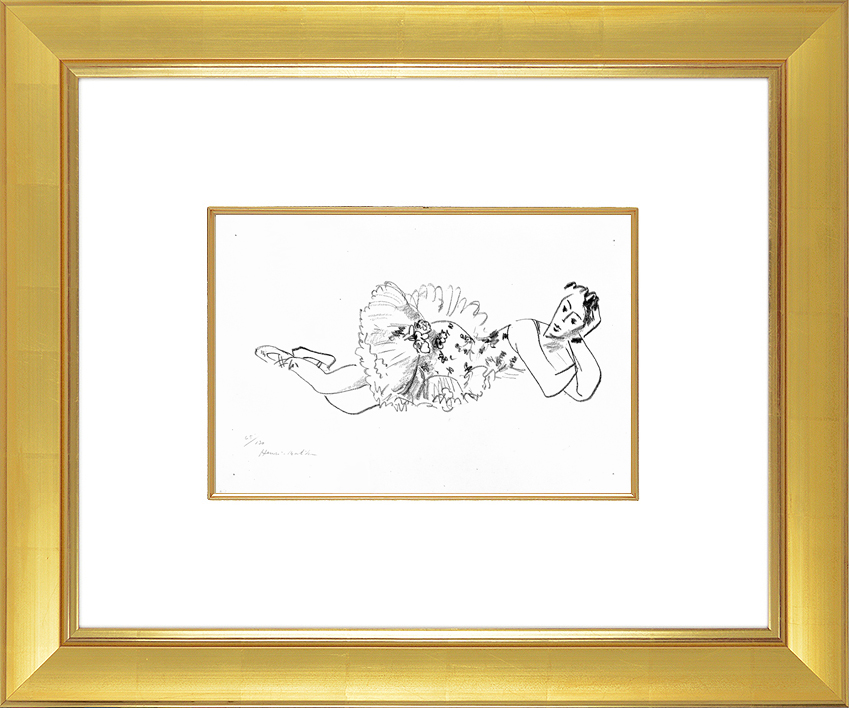 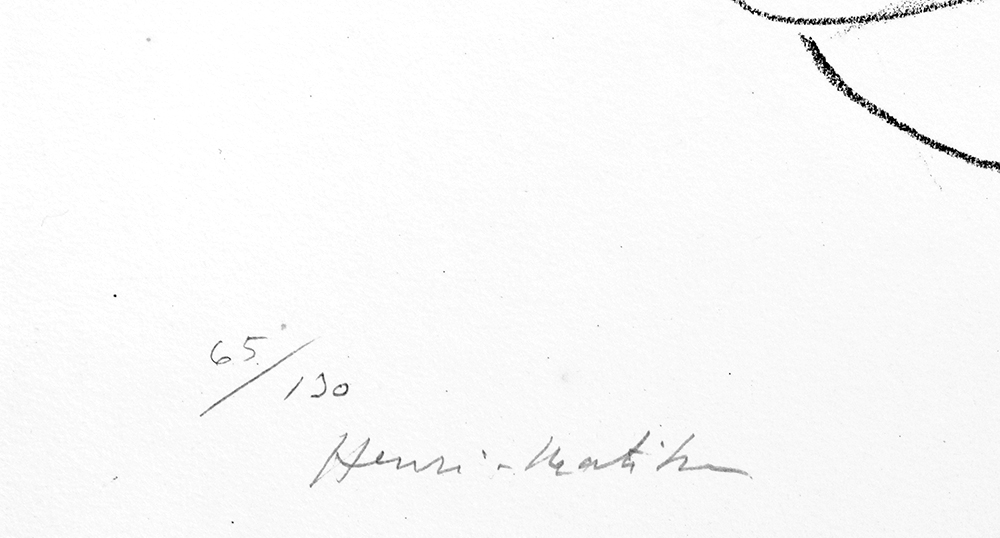 Henri Matisse Danseuse allongée, Tête accoudée, from Dix Danseuses (Lying Dancer, Head Resting, from Ten Dancers), 1925-1926 is one of the ten lithographs in the Dix Danseuse Series. The series is a study of a Matisse's dancer model Henrietta,  depicting her in various states of repose. In four of the lithographs, she is sitting with legs folded and head leaning on her hand. The other six lithographs, horizontally oriented, show her reclining, her body stretched out in poses of easy rest.  In this work, she is lying on her side, arms and legs crossed. Her head,  with its dark mass of hair tied up, leans thoughtfully into her cupped palm.  The viewer is given an intimate glimpse into a quiet and gentle moment of the dancer's life, free from powerful dynamic movements and focused poses.

Matisse was introduced to the world of dance and theater in 1919 when he worked for Ballets Russes, a traveling ballet company based in Paris. While there, Matisse worked on costumes. His knowledge of ballet costumes is evident in his exquisite rendition of the resting dancer.

Catalogue Raisonné & COA:
Henri Matisse Danseuse allongée, Tête accoudée, from Dix Danseuses (Lying Dancer, Head Resting, from Ten Dancers), 1925-1926 is fully documented and referenced in the below catalogue raisonnés and texts (copies will be enclosed as added documentation with the invoices that will accompany the sale of the work).