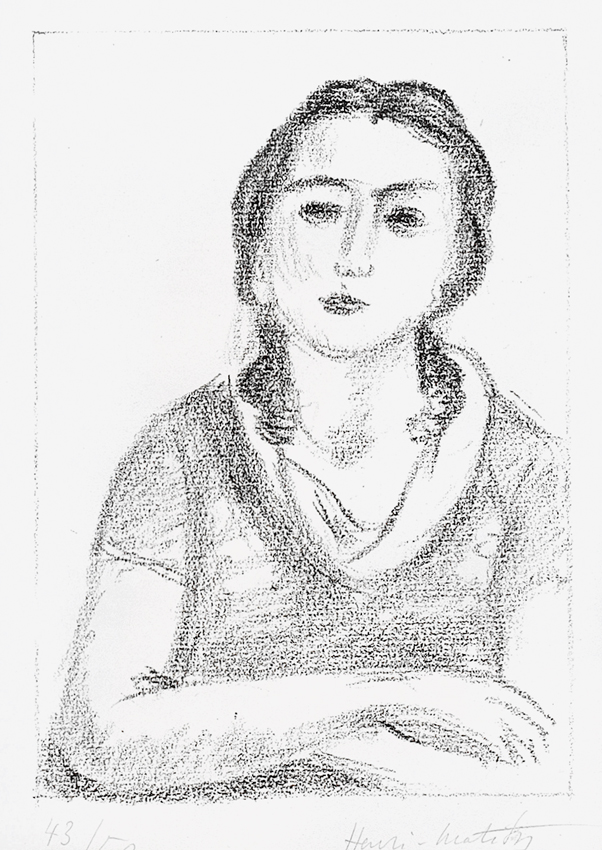 Matisse Buste de jeune fille, les bras criosés (Bust of young girl, arms crossed), 1925, is a rough image of a young woman staring thoughtfully to some point beyond Matisse. Her upper body is not centered, but instead she takes up more of the right side of the image, with her left shoulder slightly cut off. Her right arm is crossed over her left and her right should is coming forward as if she is leaning her weight on the right side of her body. Matisse was inspired by female models for most of his career. Buste de jeune fille, les bras criosés does not have the same eroticism as much of Matisse’s other work with female models, but the lithograph does contain a certain pensiveness that occupies the face of the woman. Matisse is also known for the ways in which his art pays less attention to anatomical detail and truth, but rather the emotion of his subjects.

Matisse Bust of young girl, arms crossed (Buste de jeune fille, les bras criosés), 1925 is fully documented and referenced in the below catalogue raisonnés and texts (copies will be enclosed as added documentation with the invoices that will accompany the sale of the work).