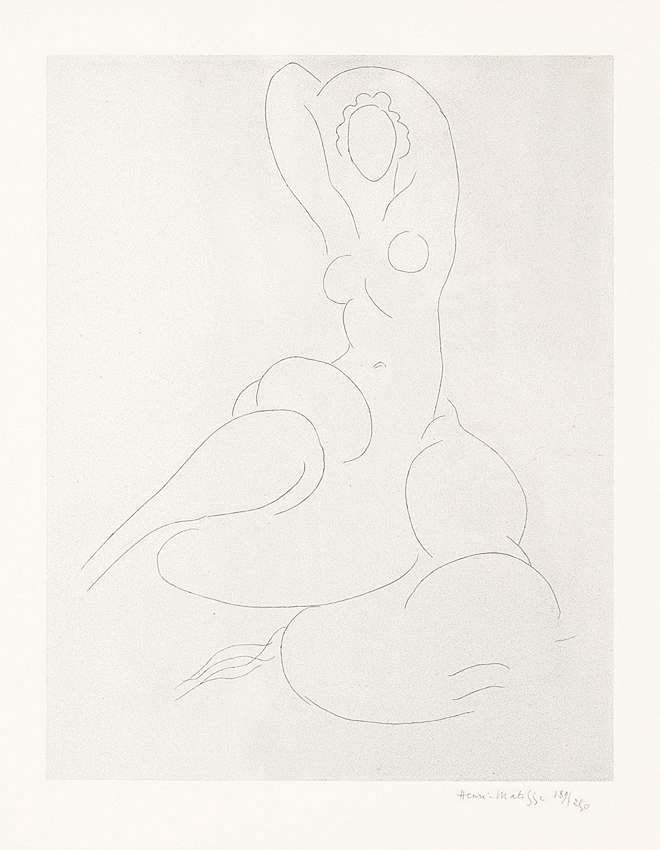 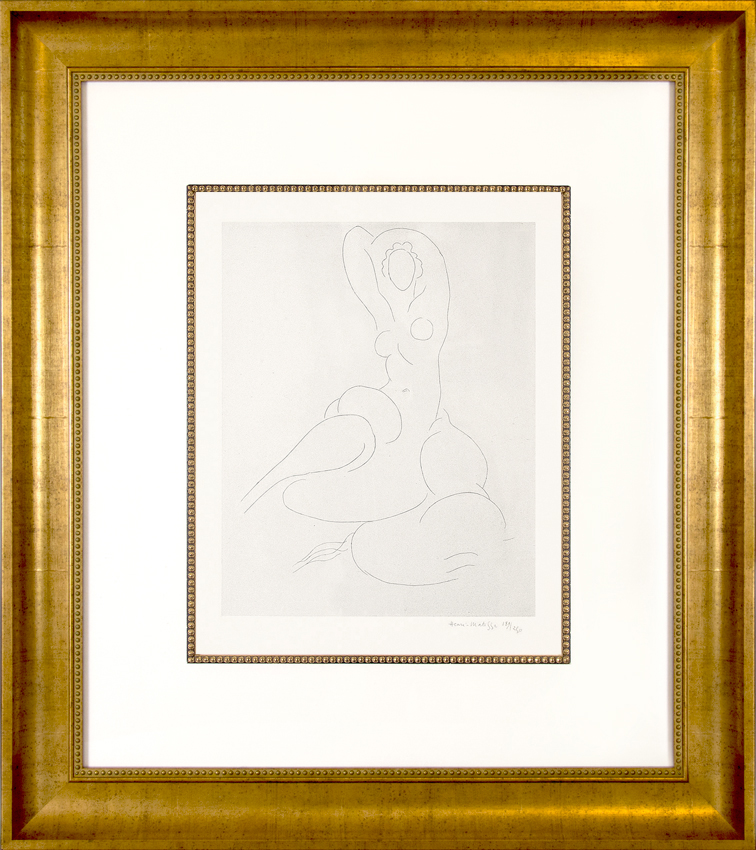 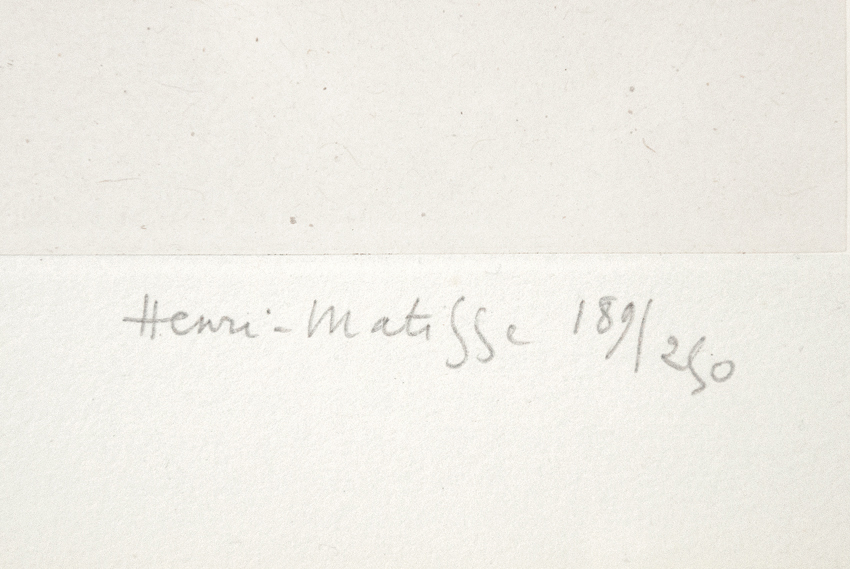 Using very minimal lines and smooth strokes, Matisse has been able to portray a nude figure whose contrapposto form is translated into a seated position. The angle of her hips are in opposition to the angle of her shoulders, allowing her torso to be curved and shaped ever so slightly. Furthermore, the elongated upper body is continued beyond her shoulders with her elbows outstretched, her hands hanging down her neck. She is set in a lush scene with billowing pillows and a thick cover which envelops her lower body.

Created in 1932, this work was published by the Cleveland Print Club Publication in 1934 and printed on chine collé paper. Hand signed and numbered by Henri Matisse (Le Cateau-Cambrésis, 1869 - Nice, 1954)in pencil in the lower right 'Henri Matisse 189/250' (out of the total signed and numbered edition of 250 aside from 6 trial proofs and 10 artist's proofs).

2. Certificate of Authenticity from The Print Club, Cleveland, Ohio.