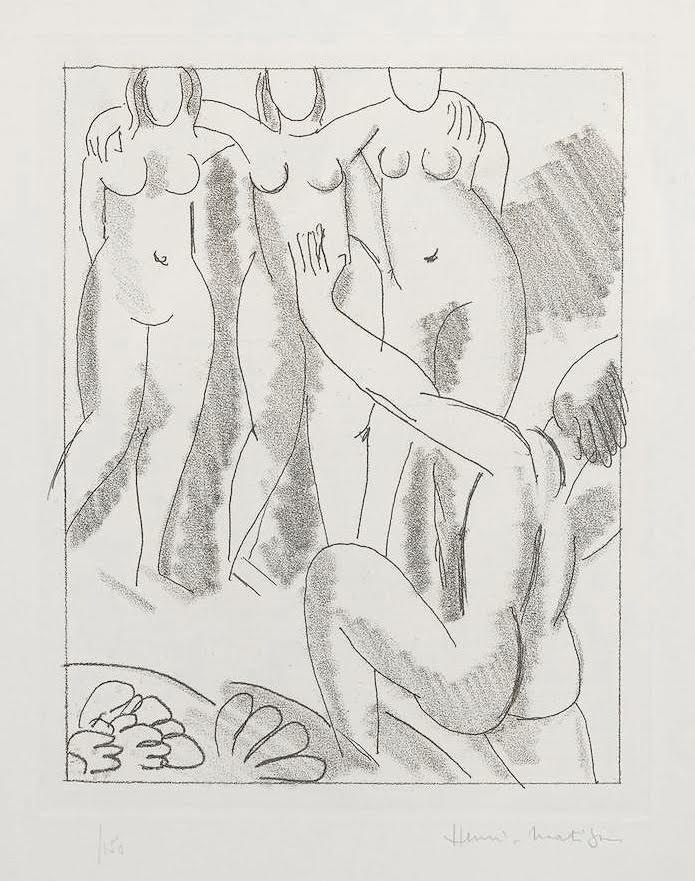 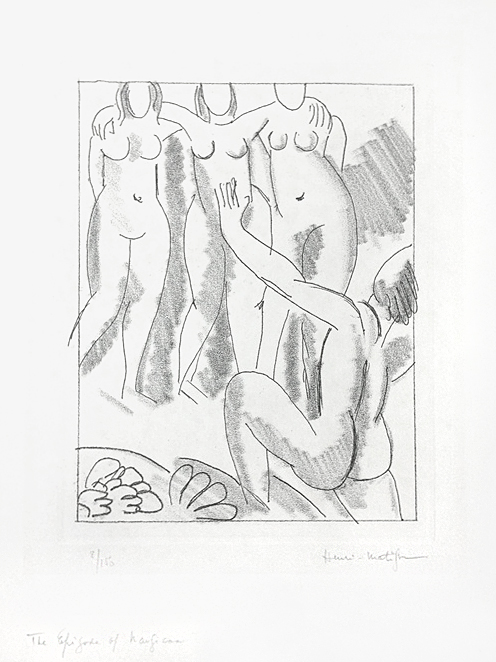 This rare etching Nausicaa, 1935 by Matisse accompanies Ulysses, the acclaimed James Joyce novel which is also a modernist adaptation Homer’s Odyssey. In this scene, Nausicaa and her two handmaidens encounter a stranded and nude Odysseus on the island of Scheria. She later agrees to help Odysseus gain shelter and offers ships for his journey. Within Homer’s Odyssey, Nausicaa is described as incredibly beautiful and feminine. Indeed, the three female figures in the work are illustrated with gently curving lines which highlight their elegant nude forms. The kneeling figure to the lower right is Odysseus. His hand is outstretched as if explaining his identity to the women before him. But he is down on one knee, as if, exhausted from his journey, he has stumbled and lost his footing. This is his final stop on the way home to Ithaca. The illustration directly reflects a moment of narrative suspense within the literary work. This etching embodies great narrative quality and combines incredible literary and artistic talent.

Henri Matisse Nausicaa from Ulysses, 1935 is fully documented and referenced in the below catalogue raisonnés and texts (copies will be enclosed as added documentation with the invoices accompanying the final sale of the work).

Framed to museum-grade, conservation standards, Henri Matisse Nausicaa from Ulysses, 1935 is presented in a complementary moulding and finished with silk-wrapped mats and optical-grade Plexiglas.