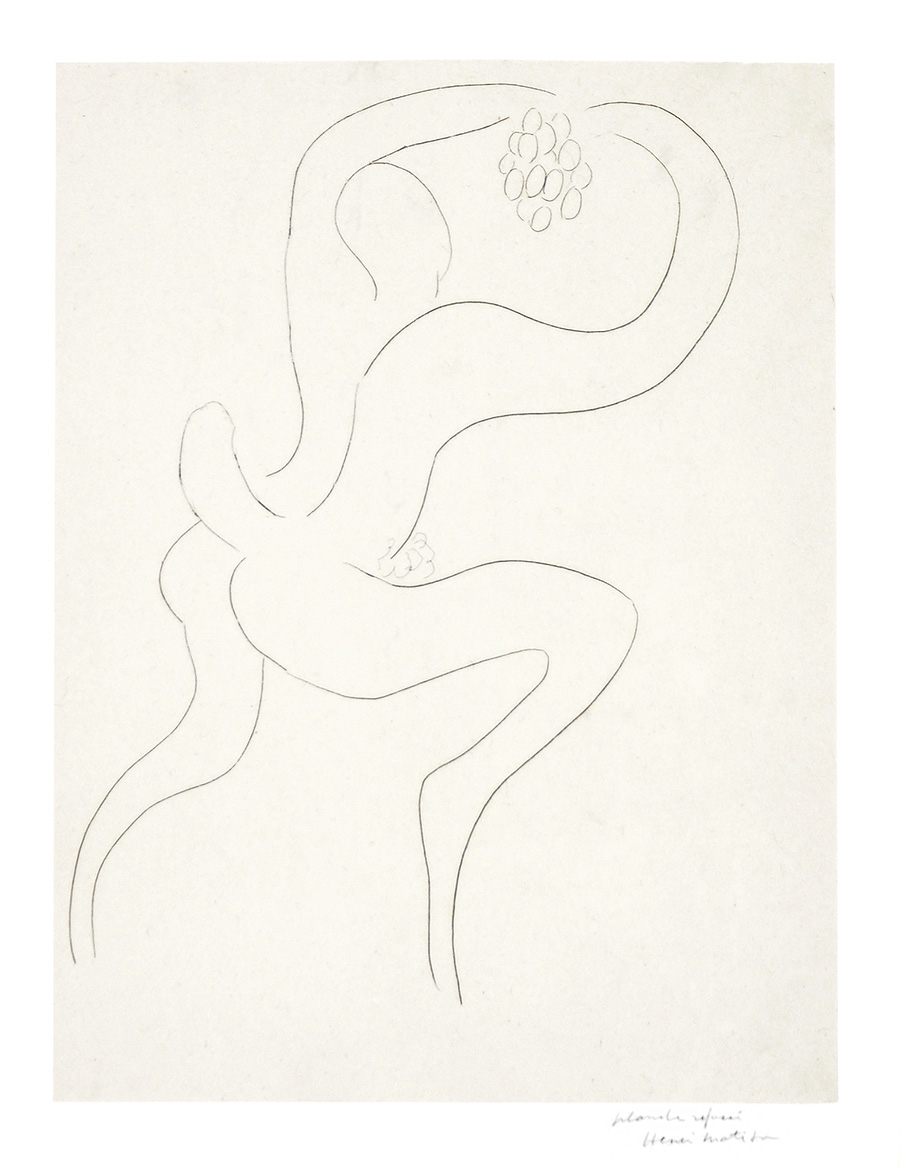 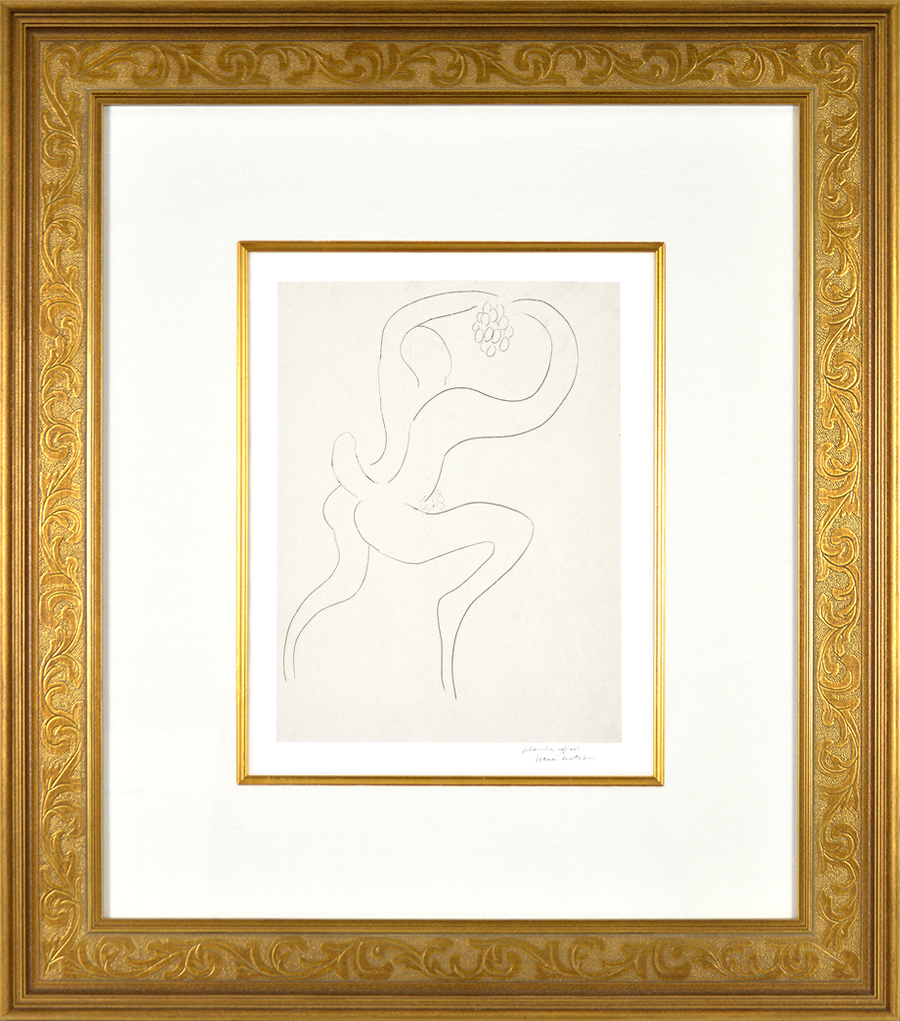 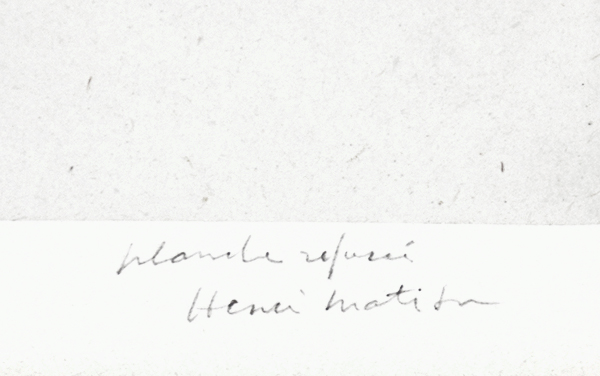 For his second book, Robert Skira approached Matisse to illustrate Amours de Psyché, having had success with his small publishing house's first volume: Ovid's Les Métamorphoses, featuring illustrations by Picasso. The artist, relatively new to this kind of project, set up a schedule and drew inspiration from existing imagery as well as his surroundings. The text to be illustrated soon became a collection of poems by Mallarmé. Concerned with how his images would interact with the text, Matisse sought to establish an equilibrium between the 'white' etchings and 'black' pages with text. This goal may explain the pared-down composition. A few lines laid down with great intention mark the long limbs of the faun. His posture is one of rakish expectancy, reflecting his sense of entitlement to the pleasure of eating the dangling bunch of grapes.

Created in 1932, this original etching on chine collé is one of sixty etchings Matisse made over two years. Commissioned to illustrate Poésies de Mallarmé by Robert Skira, the artist whittled down the illustrations to 29 for inclusion in the final volume. This work was not included in the final volume; it is plate XI of 30 planches refusées, a set of which is in the collection of The Baltimore Museum of Art. The scarce work was not produced in a numbered edition.

Catalogue Raisonné & COA:
This work is fully documented and referenced in the below catalogue raisonnés and texts (copies will be enclosed as added documentation with the invoices accompanying the final sale of the work).

About the Framing:
Framed to museum-grade, conservation standards, this work is presented in a complementary moulding and finished with silk-wrapped mats and optical-grade Plexiglas.