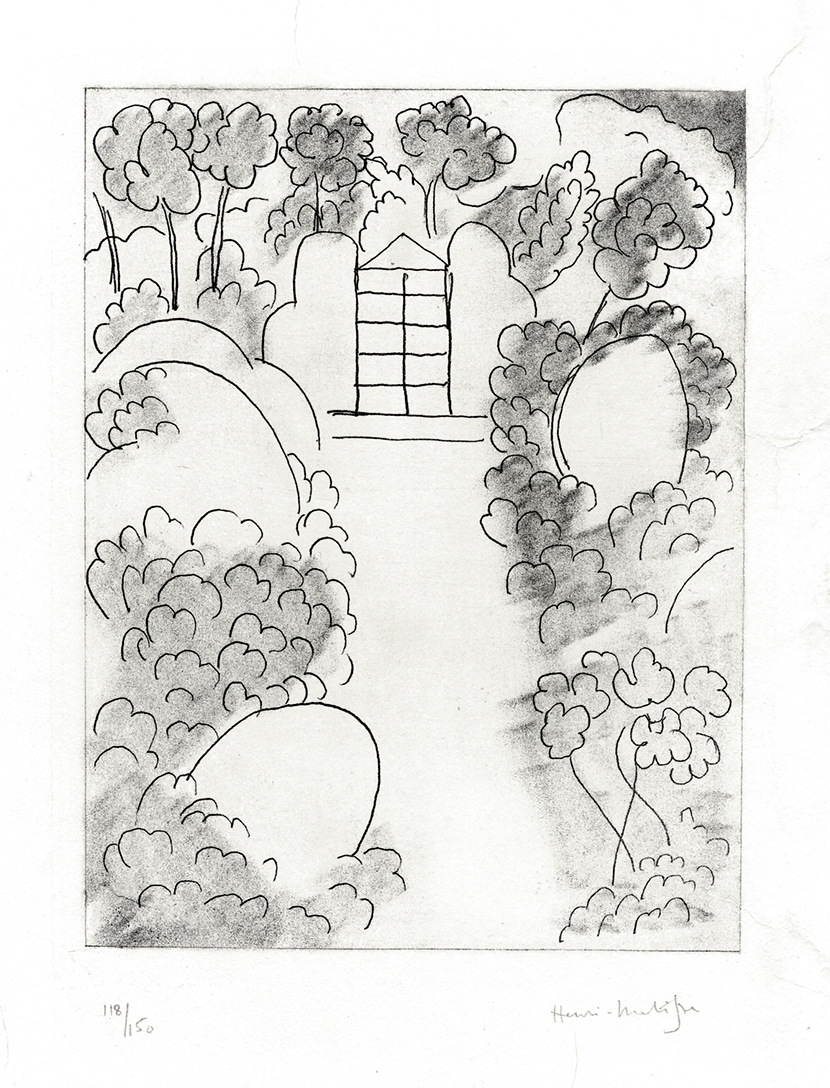 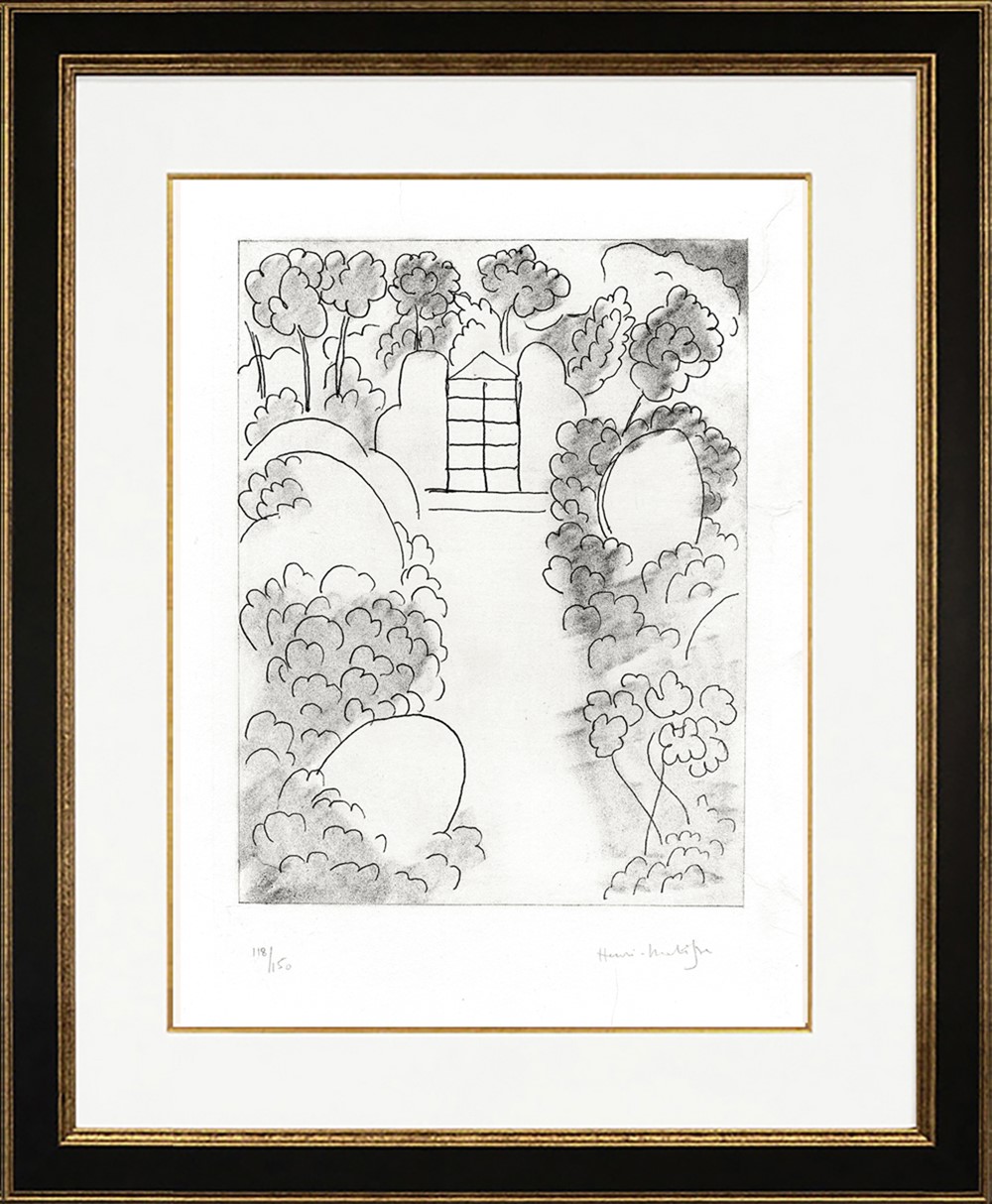 Henri Matisse Ithaque, from Ulysses, 1935 is one of six illustrations that Matisse completed for an illustrated edition of James Joyce’s novel Ulysses based on the Greek epic poem The Odyssey by Homer. This etching is titled after Odysseus’s homeland, Ithaca. This symbolic landscape reflects the end of his journey, when he returns home after a decade of being lost at sea the misadventures caused along the way. Though in the story he returns home to find a plethora of suitors attempting to court his wife, Matisse instead focuses on the immaterial beauty of nature in this etching, detailing the foliage the surrounds and frames the walkway to the house that sits in the middle, imposing yet welcoming. Using different values of shading, Matisse brings depth into the surrounding trees and forest, an ephemeral quality that truly lets us reminisce on what home really means.

Catalogue Raisonné & COA:
Henri Matisse Ithaque, from Ulysses, 1935 is fully documented and referenced in the below catalogue raisonnés and texts (copies will be enclosed as added documentation with the invoices accompanying the final sale of the work).

About the Framing:
Framed to museum-grade, conservation standards, Henri Matisse Ithaque, from Ulysses, 1935 is presented in a complementary moulding and finished with silk-wrapped mats and optical grade Plexiglas.