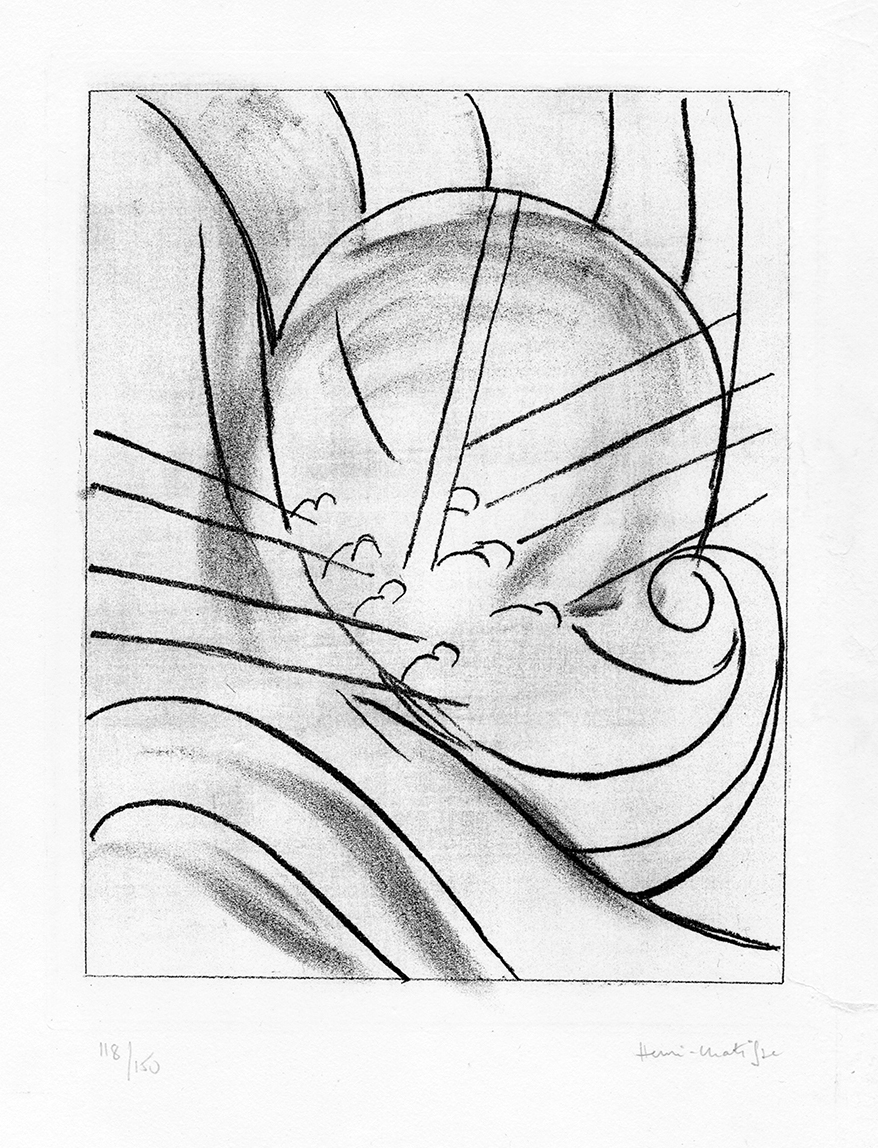 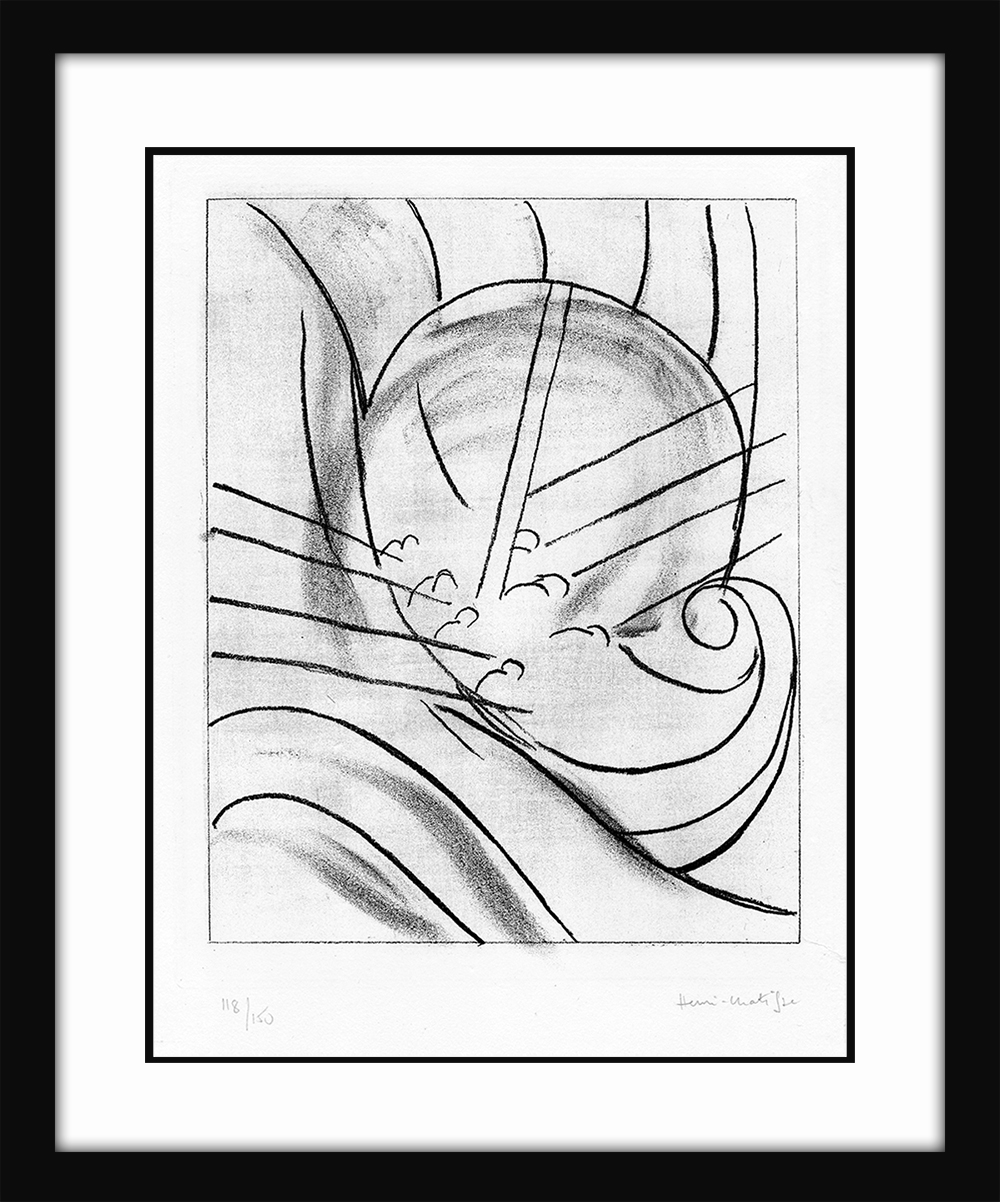 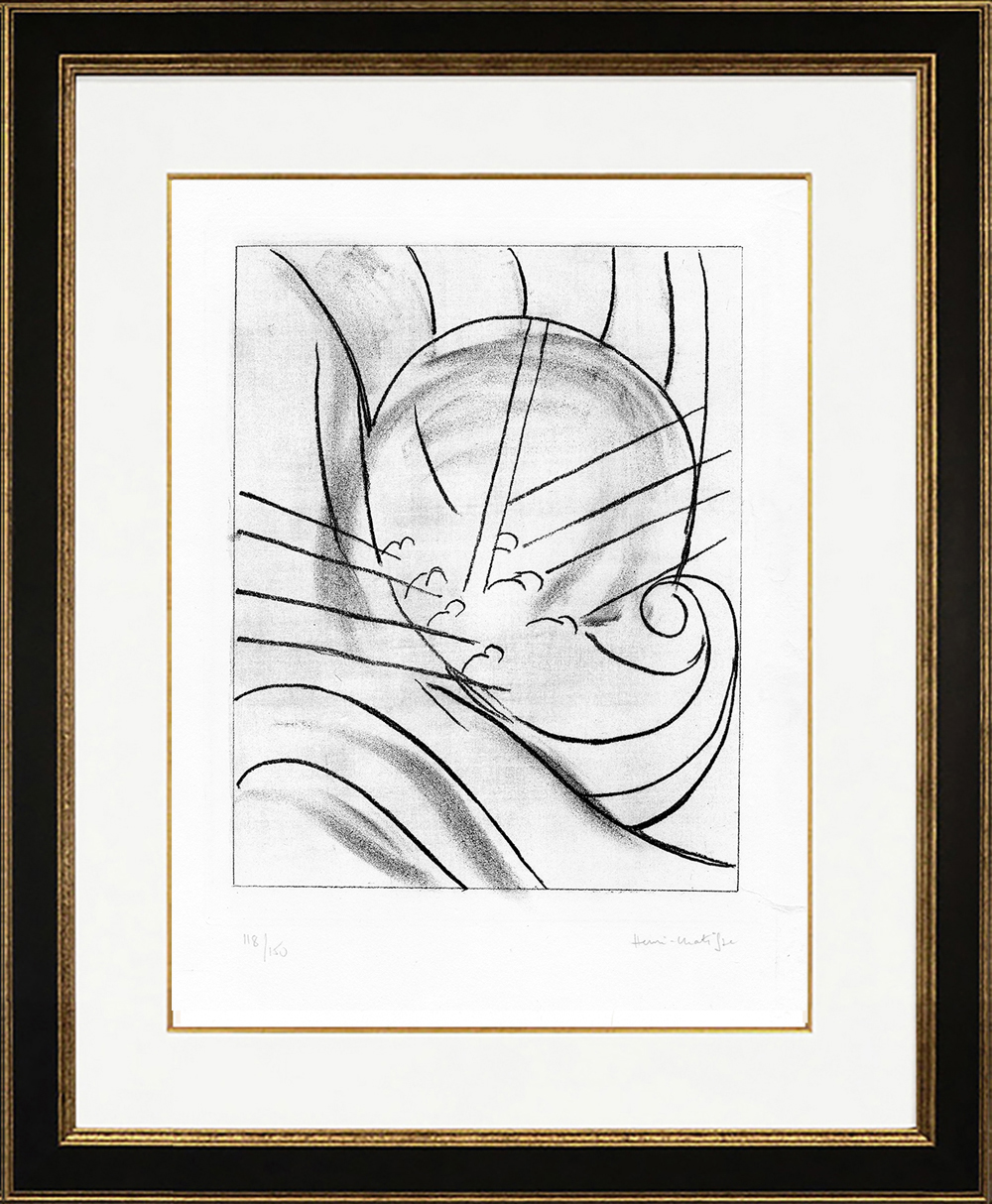 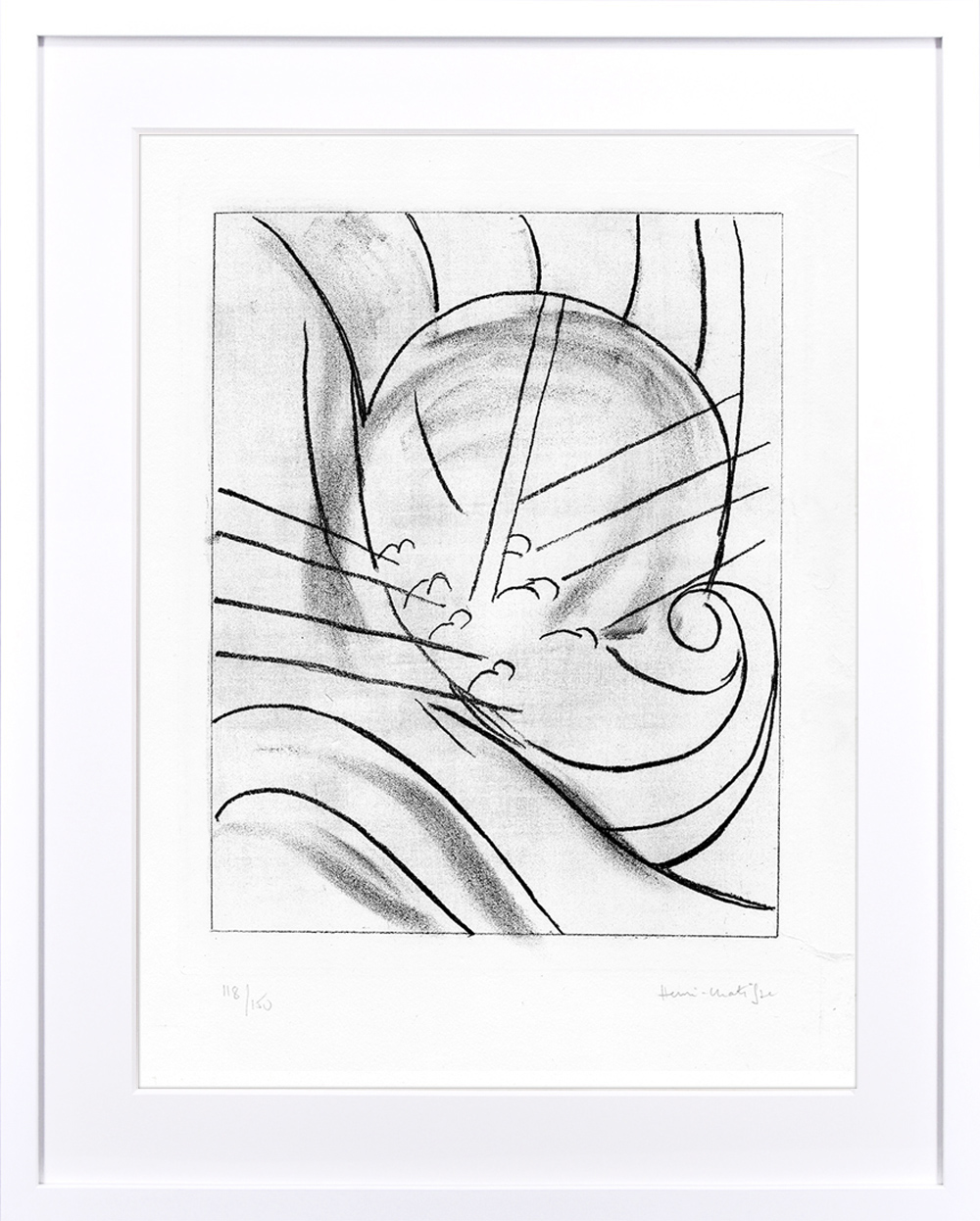 Henri Matisse’s Éole, from Ulysses, 1935 is a scene pulled out from James Joyce’s modern rendition of Homer’s Odyssey that depicts the perilous journey and consequences of Odysseus’s men after their curiosity caught the better of them. This scene follows the misadventure in Polyphemus’s cave, where Odysseus and his crew visited Aelous and his family, were granted a month of hospitality, and were given the west wind to carry them home by the latter, as well as a gift from Aelous who provided them with all the winds but the west. This scene shows the powerful nature of curiosity and Matisse’s masterful technique in displaying the chaotic nature of the winds as they rush the boat, sending them back the way they came.

Though minimally drawn, the waves still exude the tension of the scene, as they careen the boat through rough water, the forceful winds being delicately delivered through the gentle shading that swirls through the waves and around the boat to emphasize the dangerous beauty of nature. Inside the boat, which is half covered by the rising of the waves around them, you can see the gestural forms of people rowing, the lines extending out bracing against the harsh waters. Matisse depicts a harrowing defeat with brilliance, allowing his mastery of depicting grandiose scenes to enthrall beyond the surface.

Catalogue Raisonné & COA:
Henri Matisse Éole, from Ulysses, 1935 is fully documented and referenced in the below catalogue raisonnés and texts (copies will be enclosed as added documentation with the invoices accompanying the final sale of the work).

About the Framing:
Framed to museum-grade, conservation standards, Henri Matisse Éole, from Ulysses, 1935 is presented in a complementary moulding and finished with silk-wrapped mats and optical grade Plexiglas.