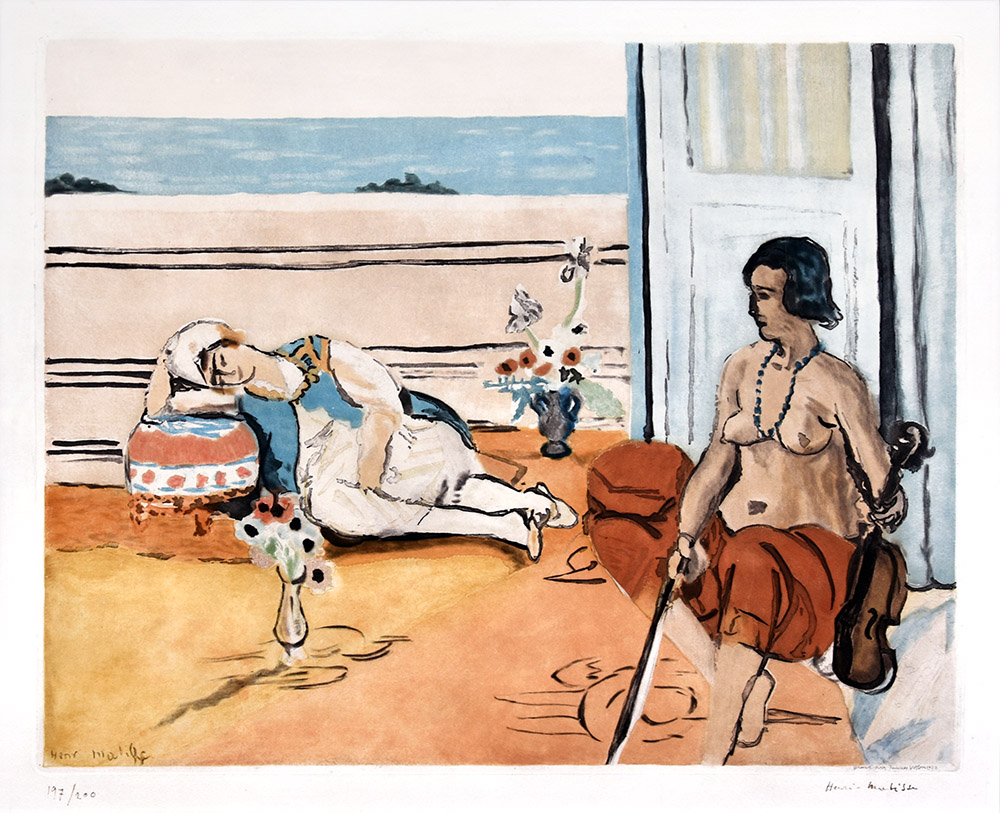 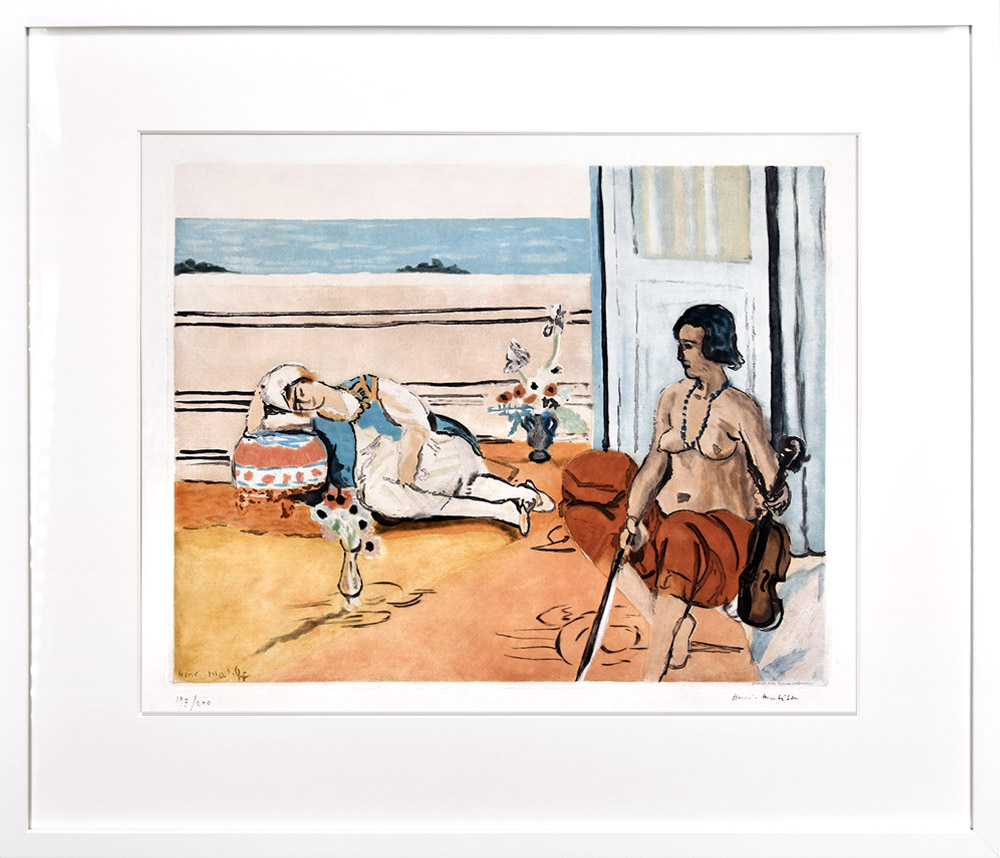 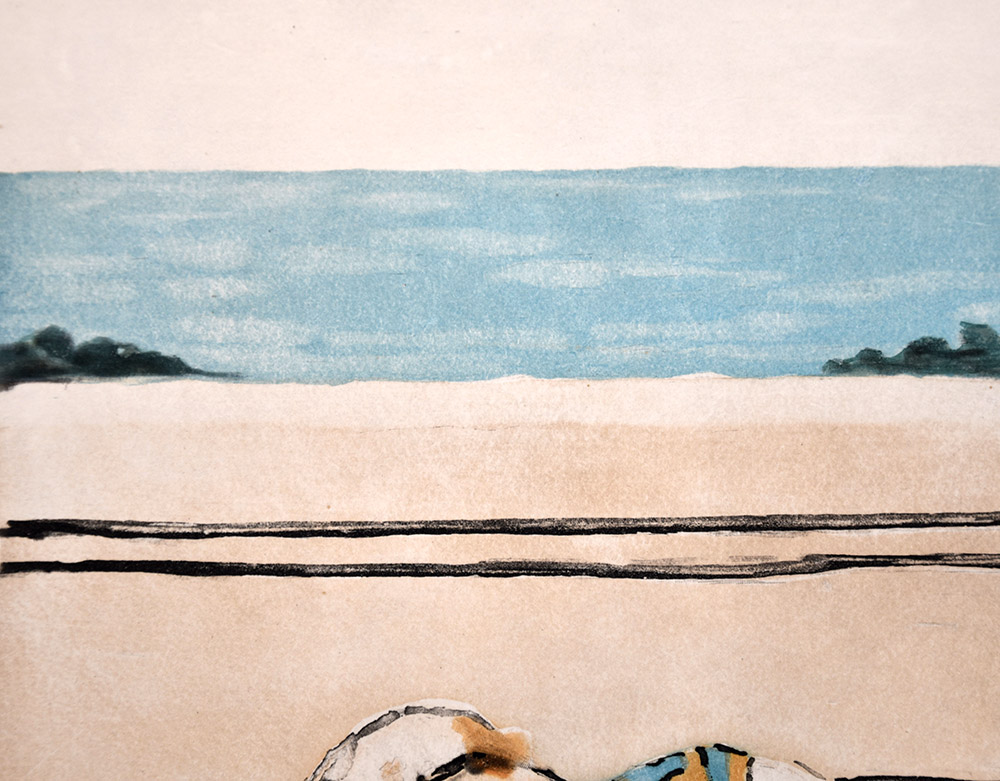 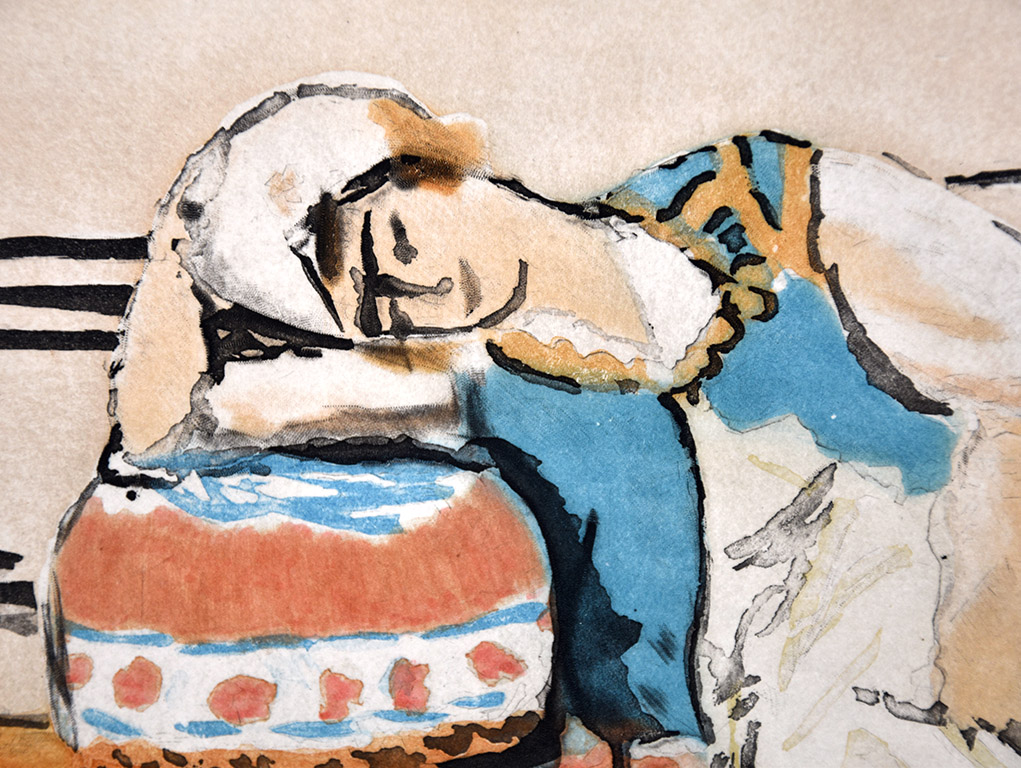 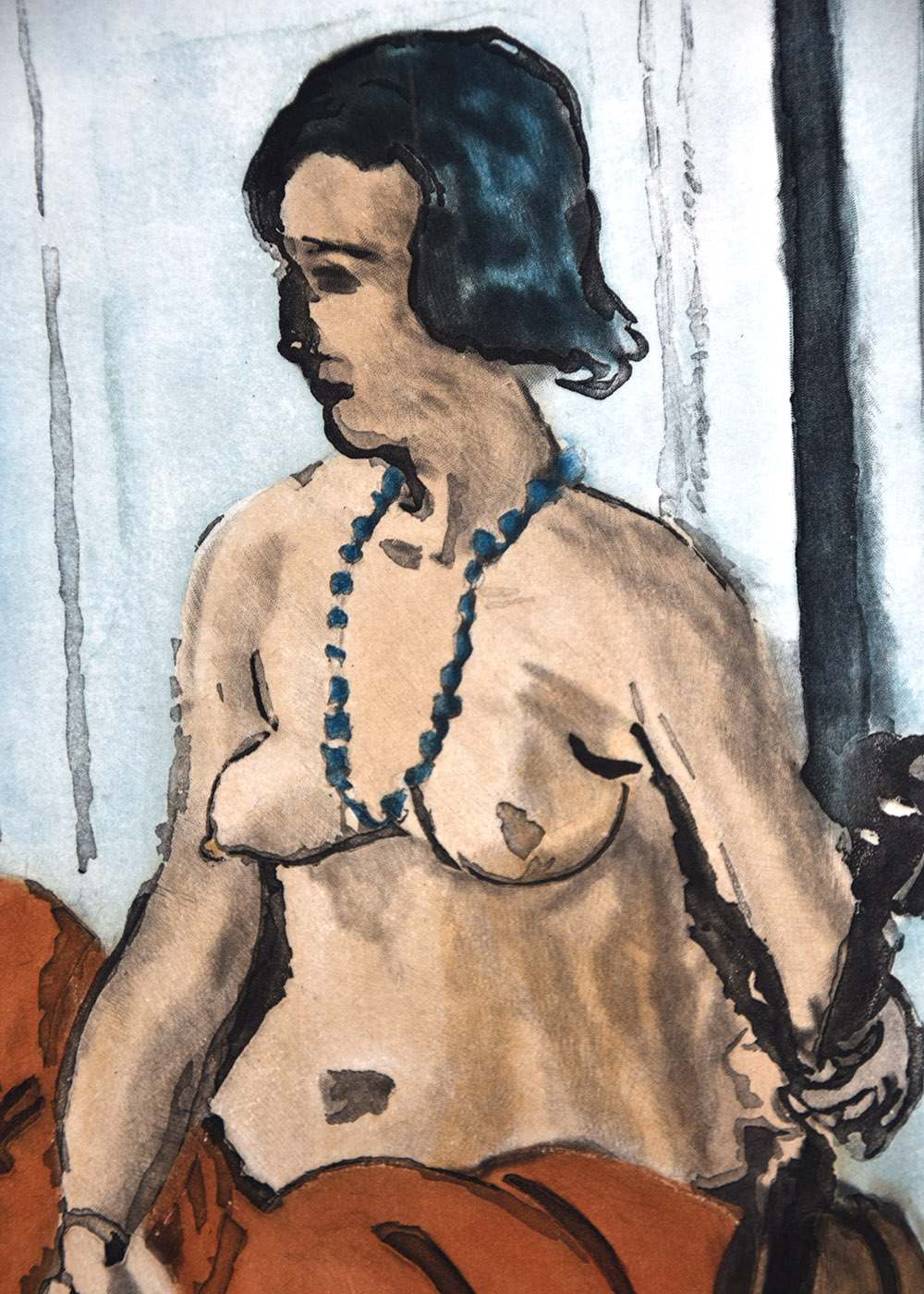 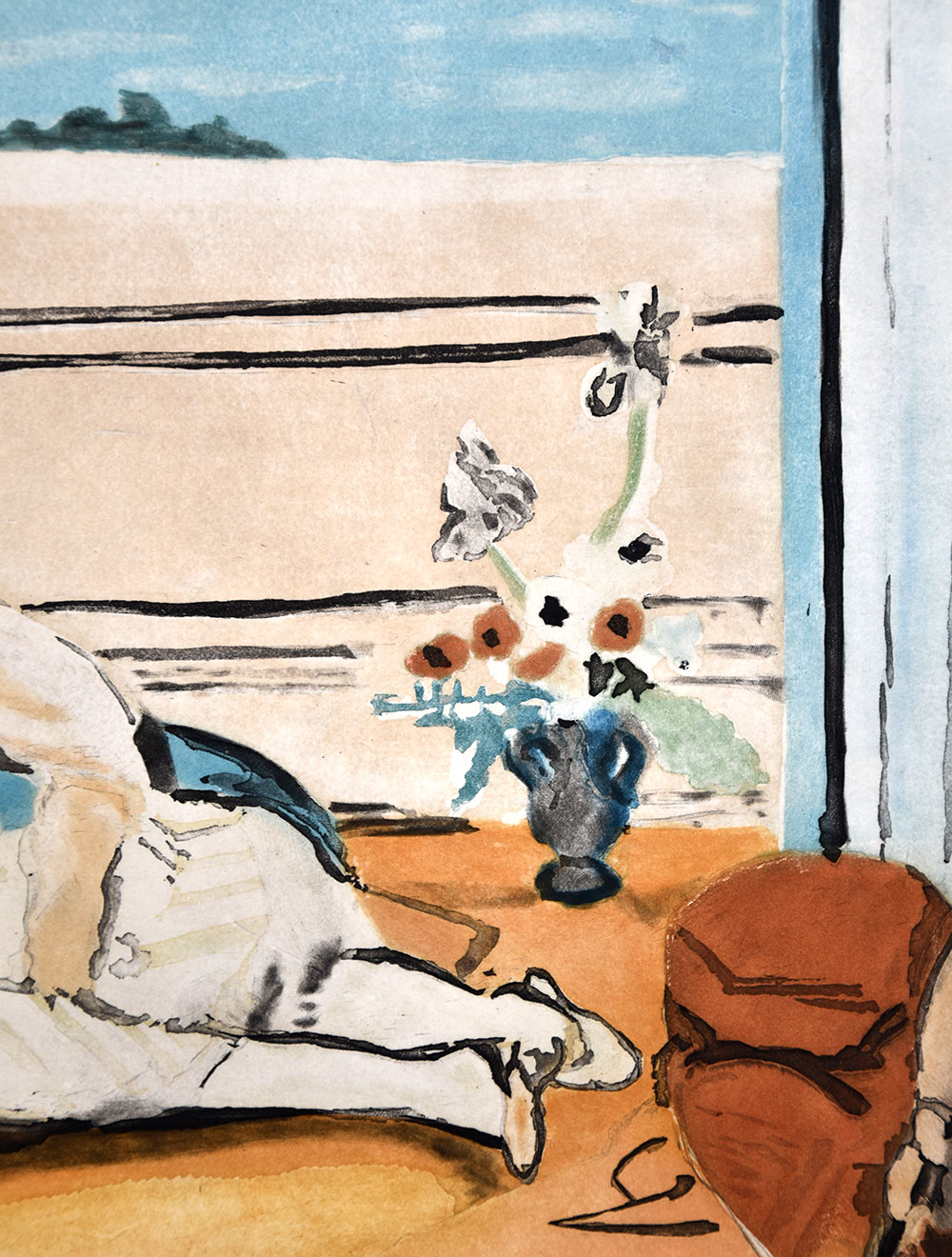 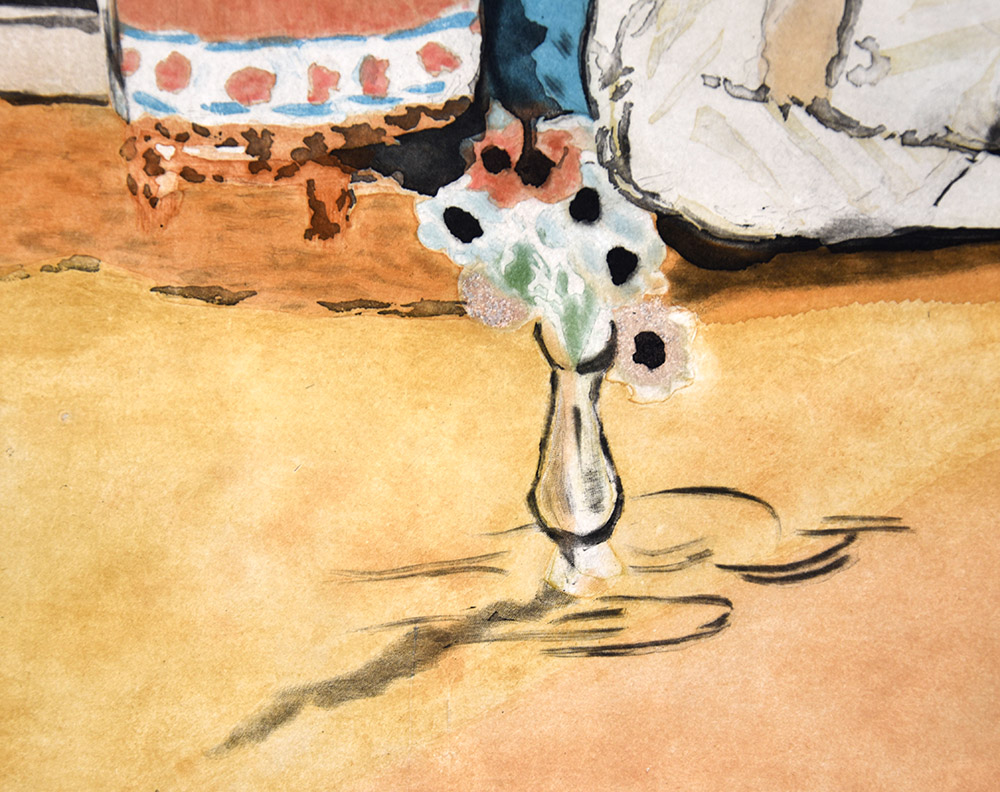 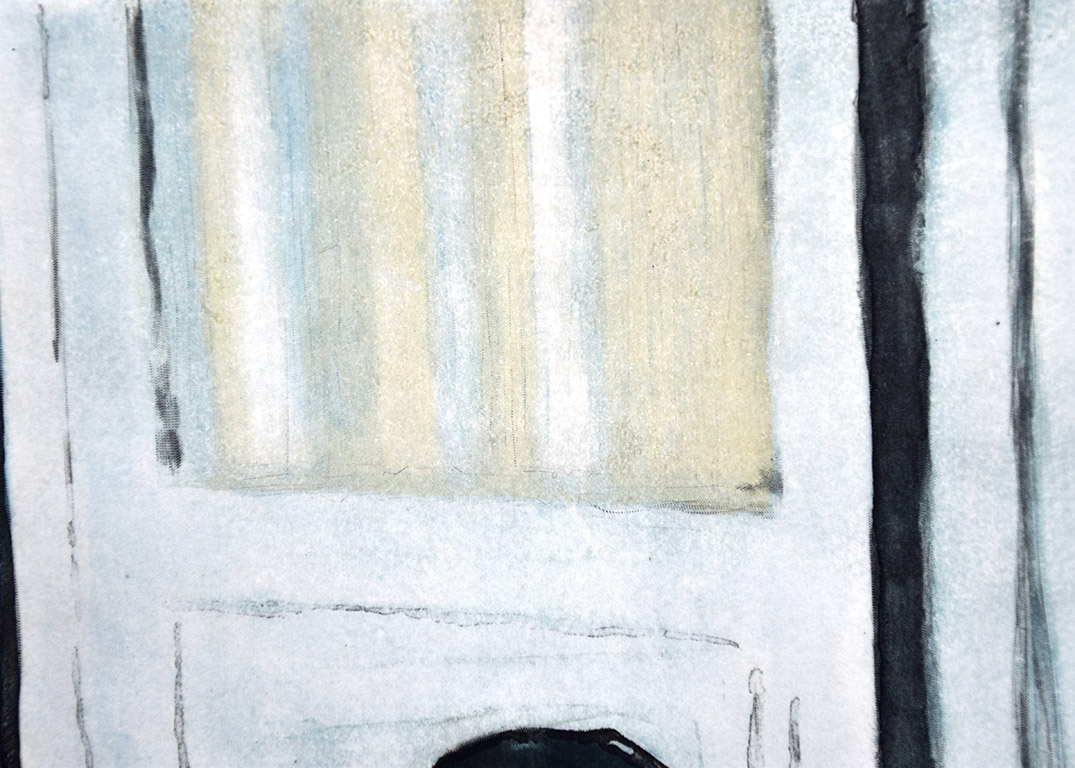 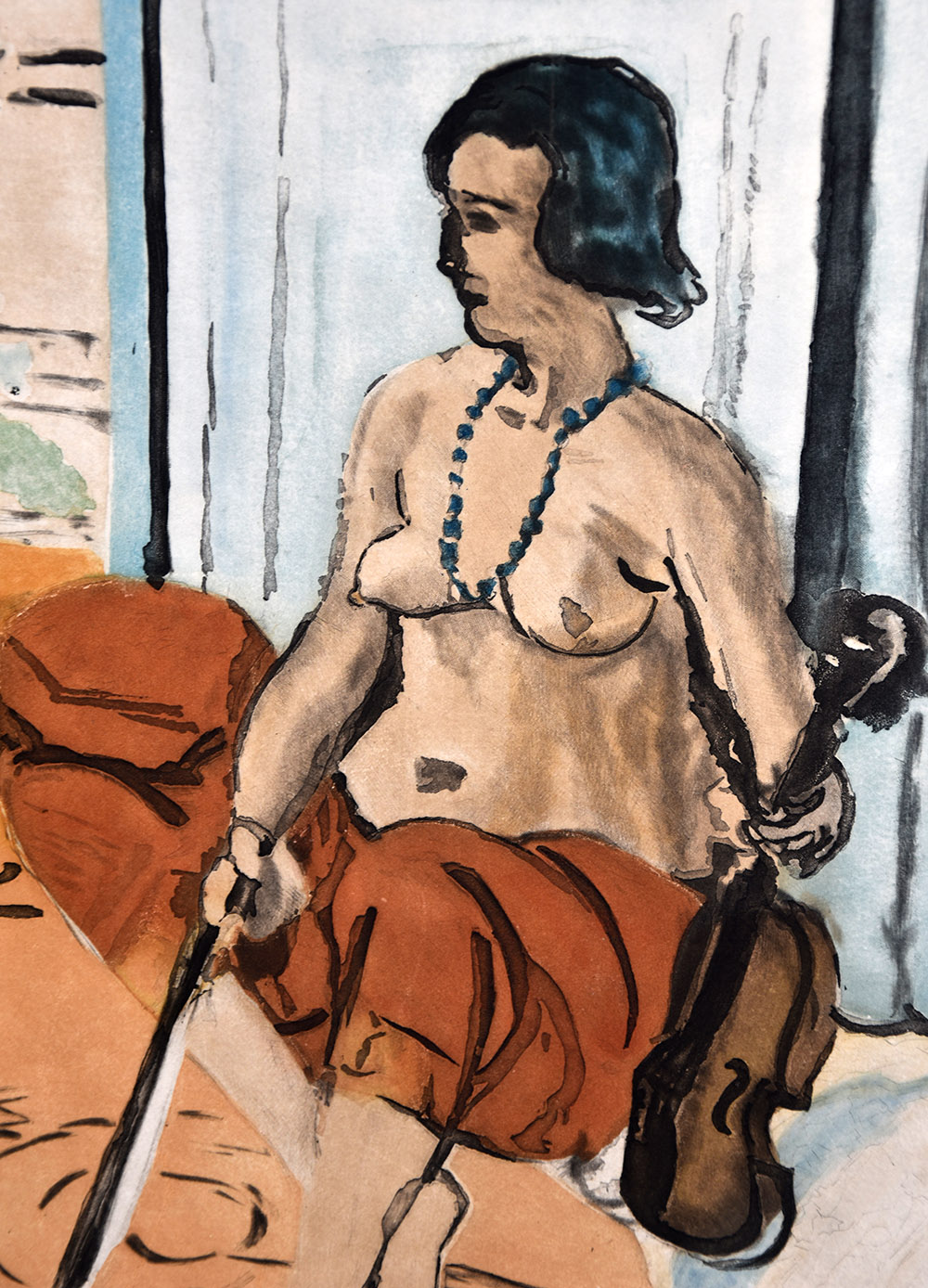 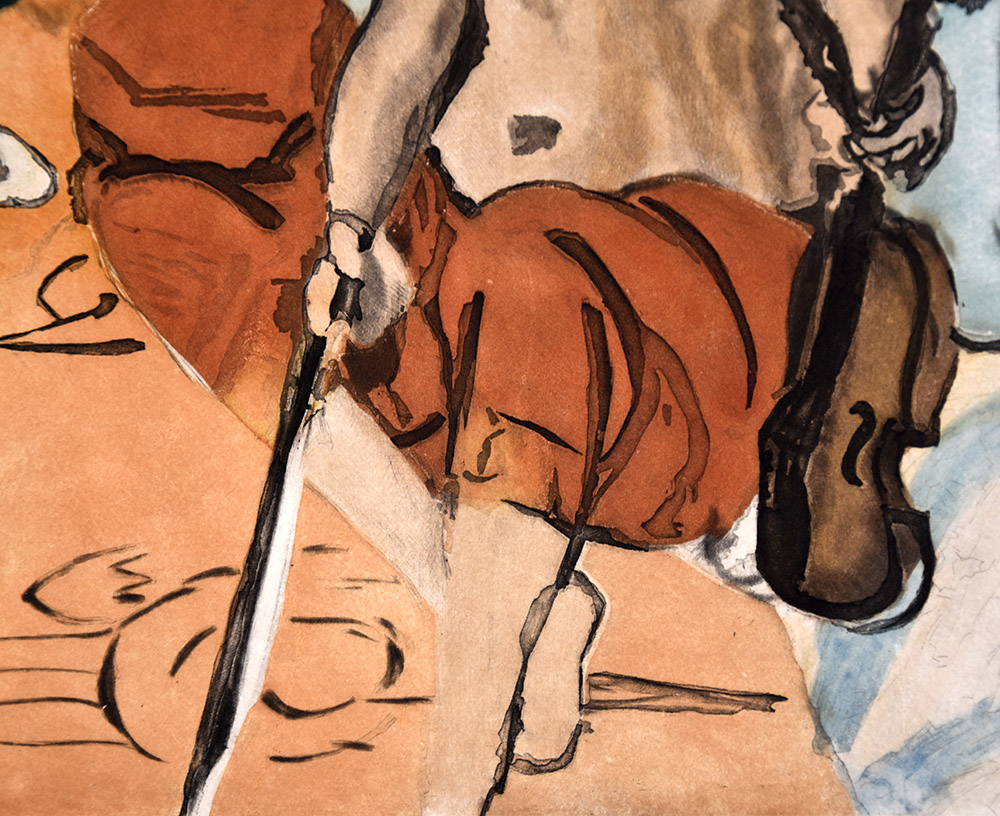 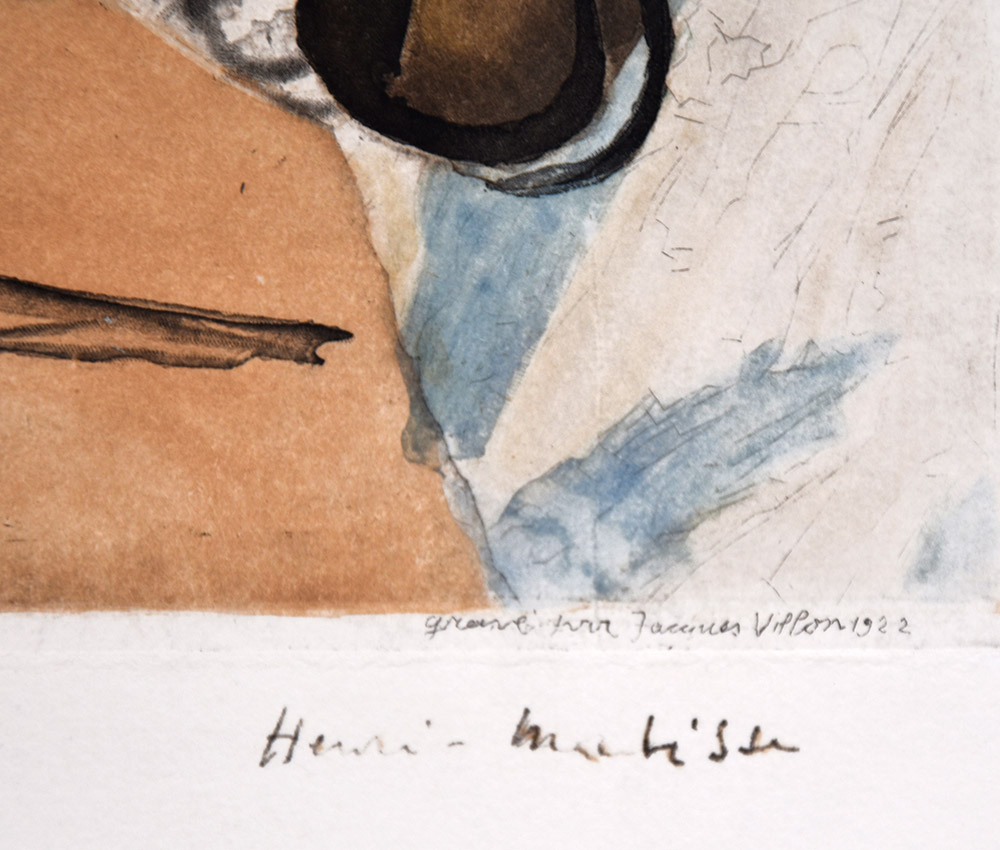 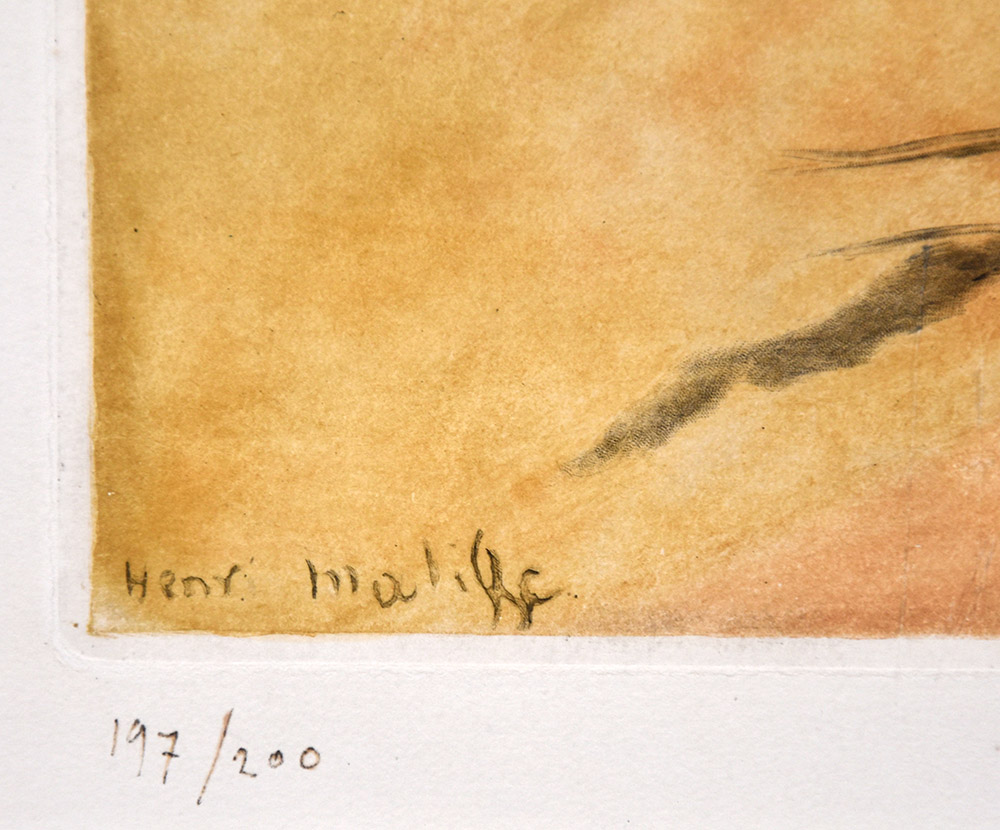 This large, dramatic and beautiful work has been thoughtfully executed, expressing the technical mastery and skill of Henri Matisse. Brightly colored and delicately composed, this work is a wonderful example of the artist's odalisque series of works he is so well known for. Presenting a detailed composition with expressive lines and strokes, this piece is a tribute to the female form. Composed of two figures, one seated and the other reclined, the linear elements of this work create motion and lead the eye around the image. Soft pastels of reds, pinks, blues, and oranges contrast with the accents of black linear elements dispersed eloquently throughout this piece. Very detailed, the nude figure appears closer to the viewer holding a violin, expressing a studied figure with a quality similar to that of the still life of a musical instrument. Set back in space, the reclining figure stands out with the white interior of the figure and hat. Delicately balanced, the open spaces around the figures are divided by even distribution of color and objects such as flowers and drapery.

Created in 1922, this original color aquatint is engraved by Jacques Villon after an original oil on canvas from 1921 by Henri Matisse titled Au bord de la mer (At the Seaside). Hand signed by Henri Matisse (Le Cateau-CAmbrésis, 1869 - Nice, 1954) in black ink in the lower right margin and also signed in the plate in the lower left. Numbered from the edition of 200 in black ink in the lower left margin. Annotation in the lower left of the plate, 'gravé par Jacques Villon 1922'; published by Galerie Bernheim-Jeune, Paris out of the total edition of 200 printed on Arches block watermarked paper. An example of this work has been exhibited in 1928 at the Galerie Bernheim-Juene, Paris and in 1964 at the Gallery Light, New York.