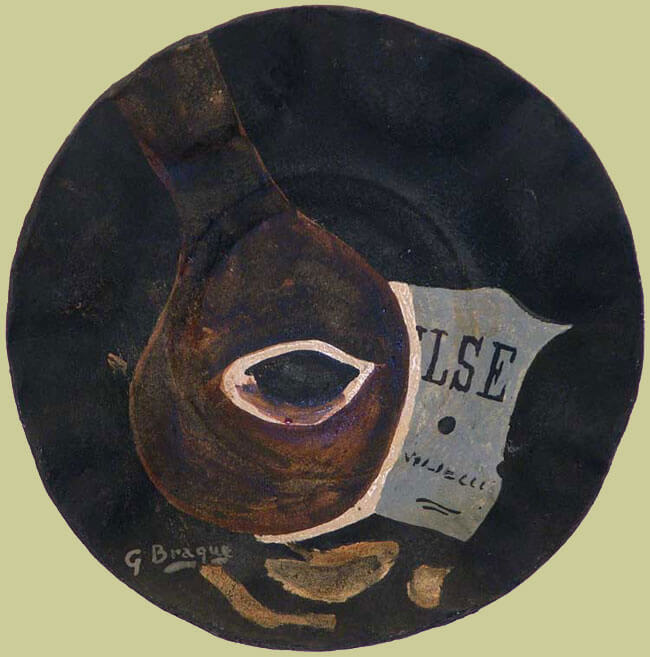 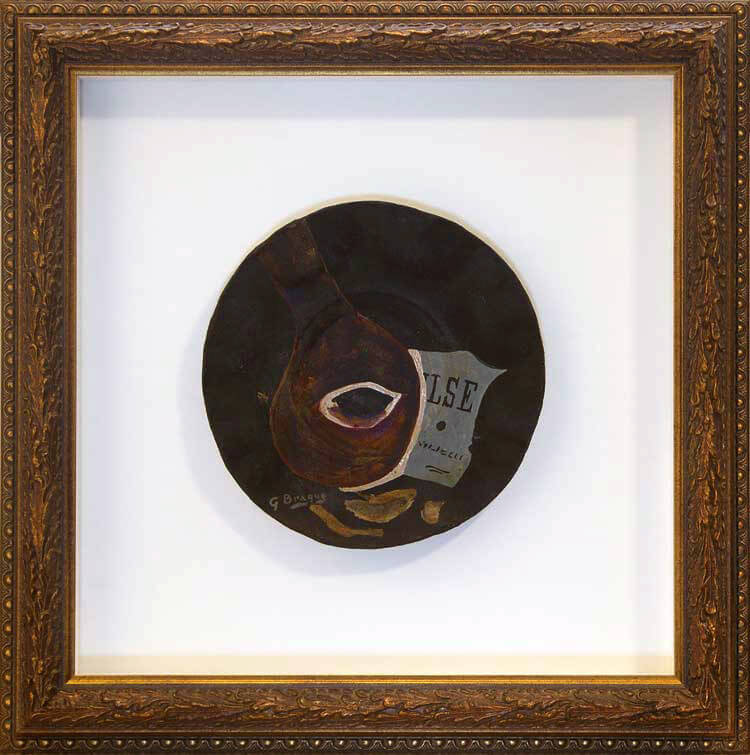 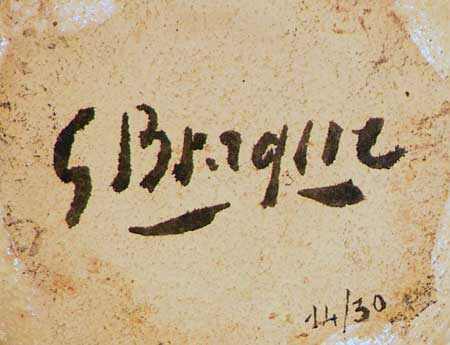 Georges Braque (Argenteuil-sur-Seine, 1882- Paris, 1963) once said, "Color acts in the way that music does, if you like… …There is more sensitivity in technique than in the rest of the picture." Art was his number one passion, but music is what often inspired him to create. In Valse, Braque depicts a mandolin, obscuring the waltz behind it. This combination of completely opposite musical styling's, with the more popular genre being the mandolin versus the bourgeois waltz of the upper class, displays a struggle between competing classes and tastes.

A result of Braque's desire to experiment with various mediums and materials as part of his creative process, the plate itself evokes a playful double meaning. Braque wanted to convey to the viewer the common subject matter of plates in the genre of still lifes while making the plate itself the medium of the piece. Choosing a circular format as a means of avoiding "dead angles" in the image, Braque incorporates some of his simplified post-Cubist elements and various fragments of texts as his more favored technique.

One of only three original ceramic editions created by Braque (Argenteuil-sur-Seine, 1882-
Paris, 1963), this work was created in 1960 and is numbered 14/30 in the center on the reverse with a guaranteed authentic signature by Braque (Argenteuil-sur-Seine, 1882- Paris, 1963), 'G. Braque,' painted on the lower left of the plate, as well as on the reverse. This work was created by a technical process that involved covering a plaster support in black, while continuing to etch a drawing into the thick layer of color covering the plaster. This allowed for the white plaster beneath to show through creating the plate you see before you.