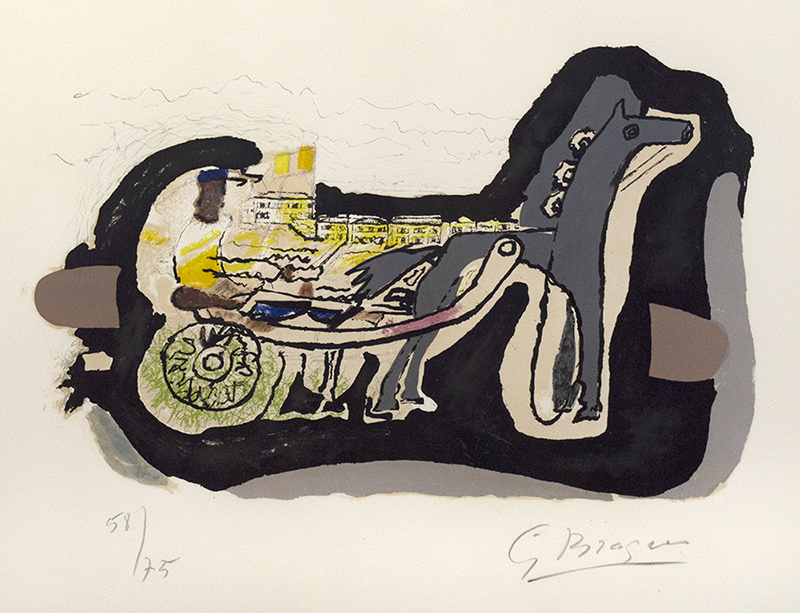 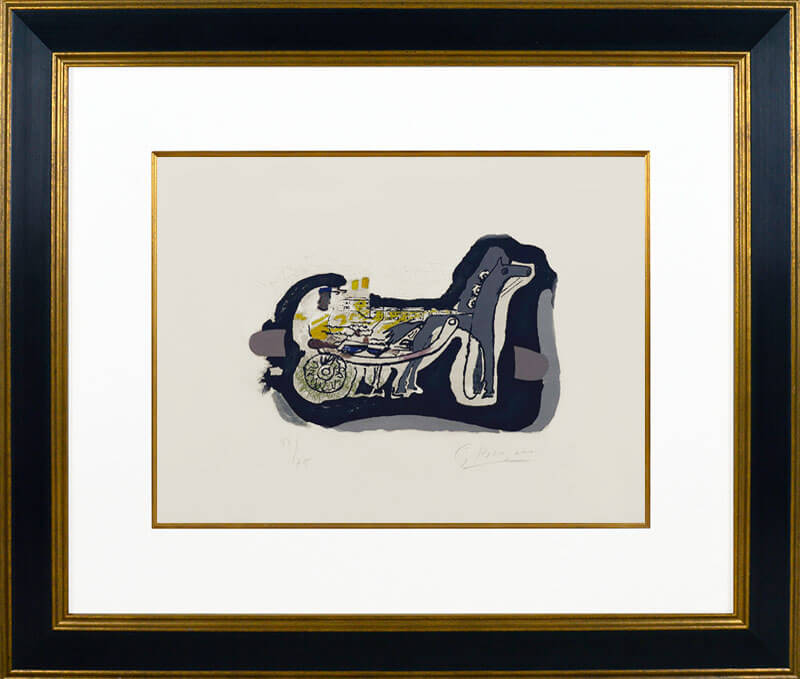 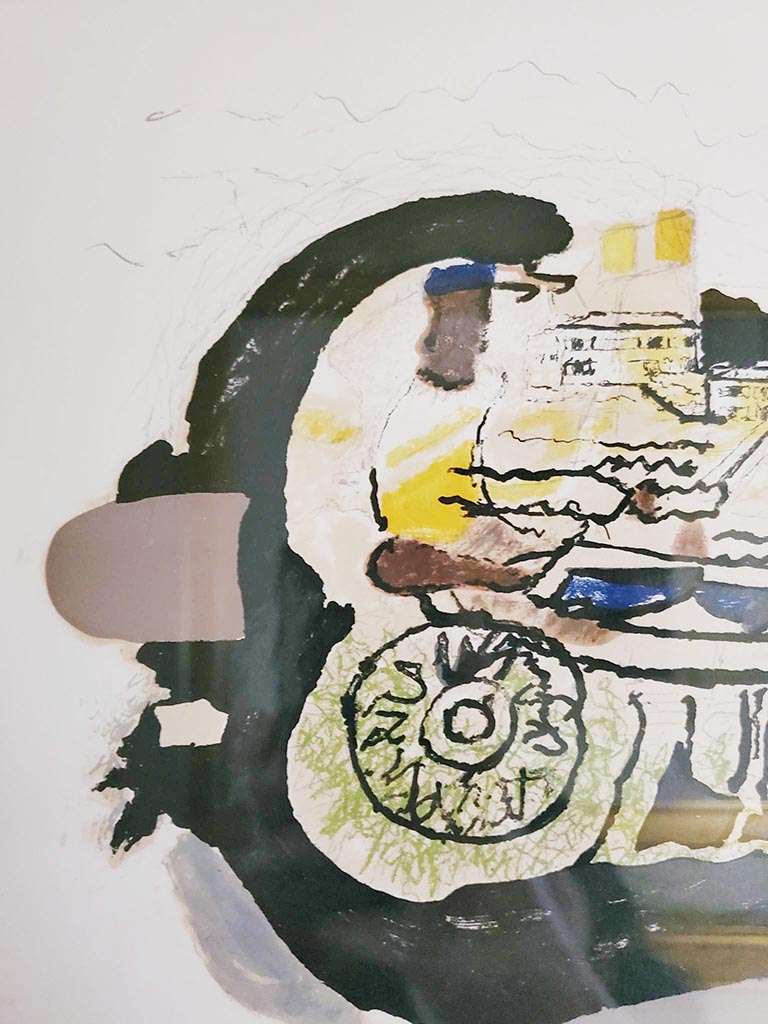 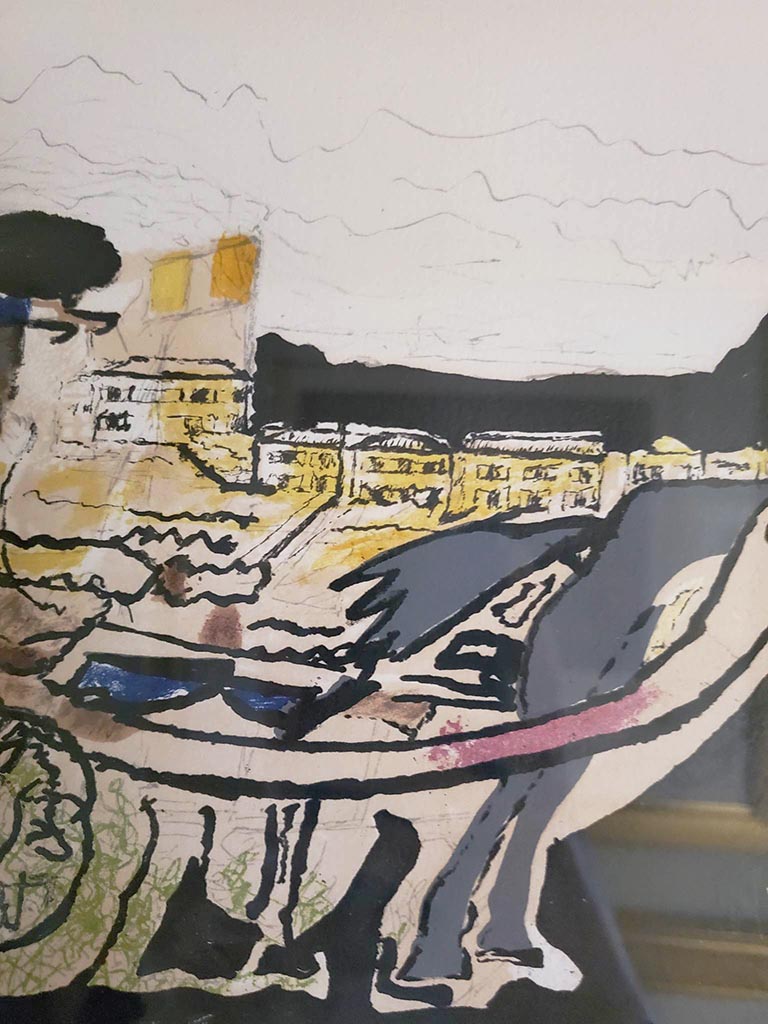 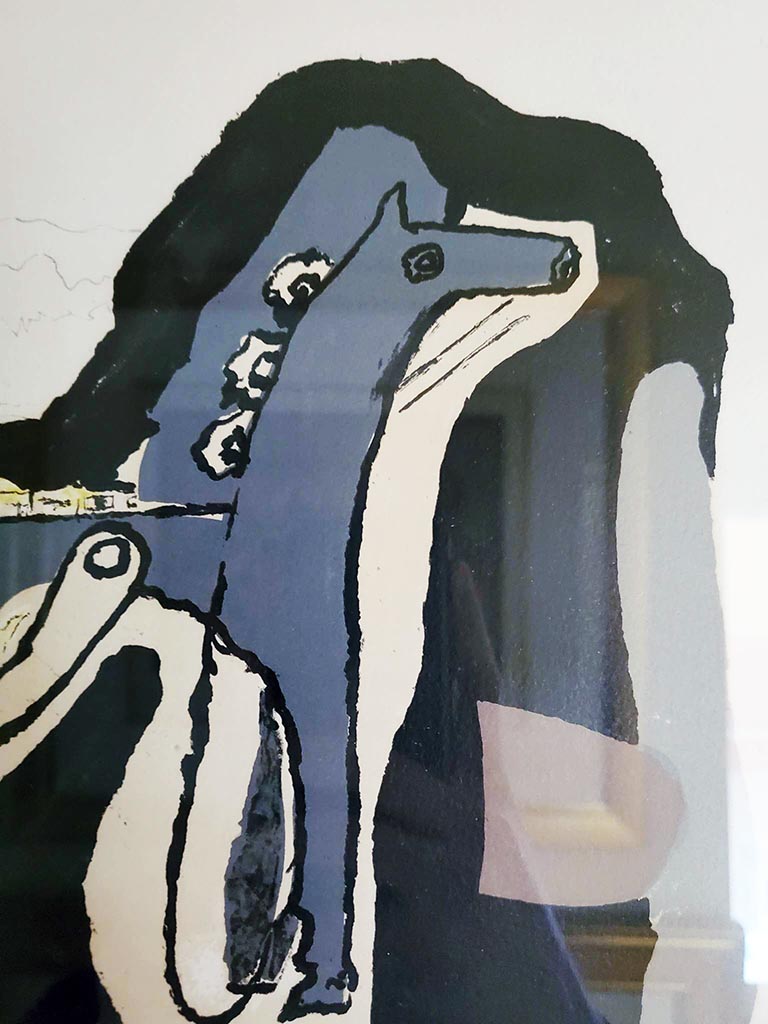 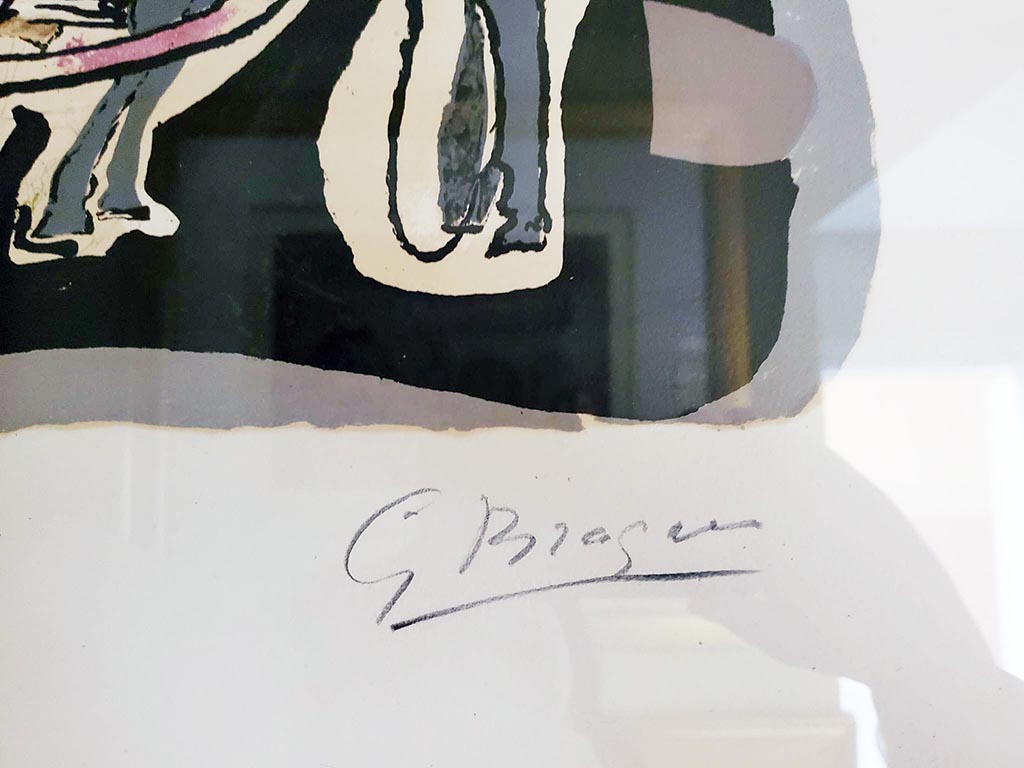 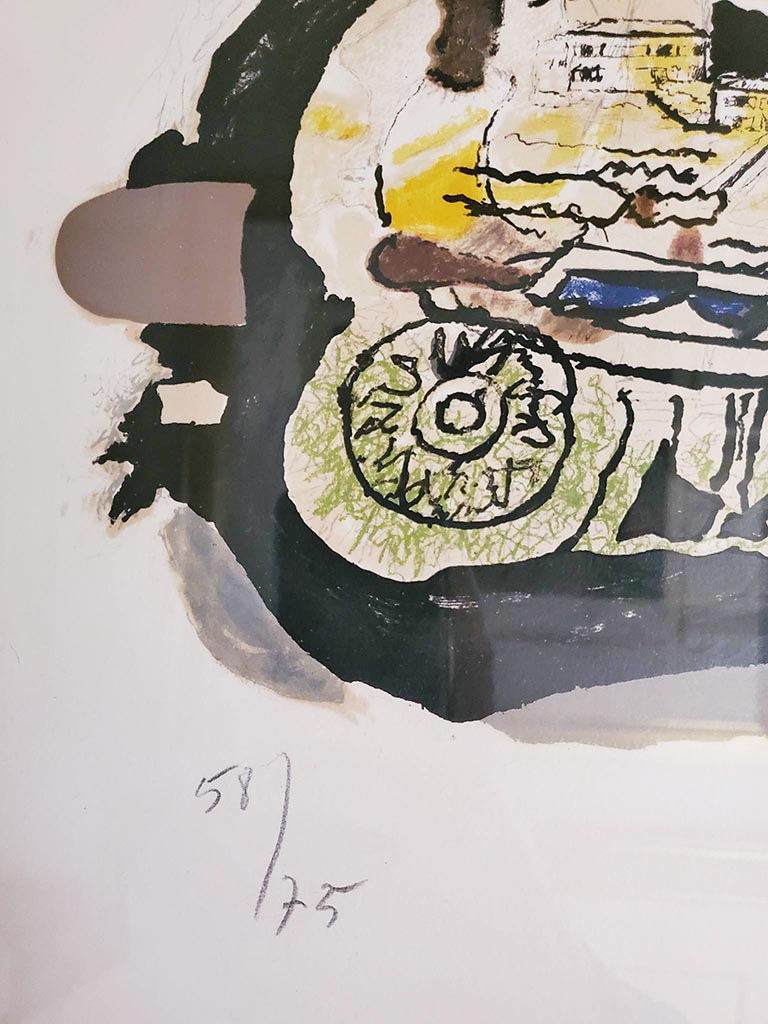 The fascinating Georges Braque Gélinotte (Grouse), 1960 captures the viewer's attention with its detail and bright splashes of color concealed in the center of a white canvas. Considered an ancient symbol of power and glory, the chariot is heavy with history that dates back to 2000 B.C. Braque tapped into this inherent symbolism and history as he created this eventful scene. Featuring a strong horse in stride pulling his masculine rider, this work is full of movement and action. What at first looks like abstract detail becomes buildings that we see behind the chariot and the rider, which gives a sense of depth and context to this scene. A touch of wild green around the wheel of the chariot also provides context. Composed in the style of what appears to be a parody, Braque utilizes subtle color contrasts between the chariot and horse with the negative space in between the background to give the work depth.

Catalogue Raisonné & COA:
Georges Braque Grouse (Gélinotte), 1960 is fully documented and referenced in the below catalogue raisonnés and texts (copies will be enclosed as added documentation with the invoices that will accompany the final sale of the work).

1. Vallier, Dora. Braque The Complete Graphics. New York: Gallery Books, 1982. Illustrated and listed as catalogue raisonné 149 on pg. 215.
2. A Certificate of Authenticity will accompany this work.

About the Framing:
Georges Braque Grouse (Gélinotte), 1960 is framed to museum-grade, conservation standards, presented in a complimentary moulding and finished with silk-wrapped mats and optical grade Plexiglas.