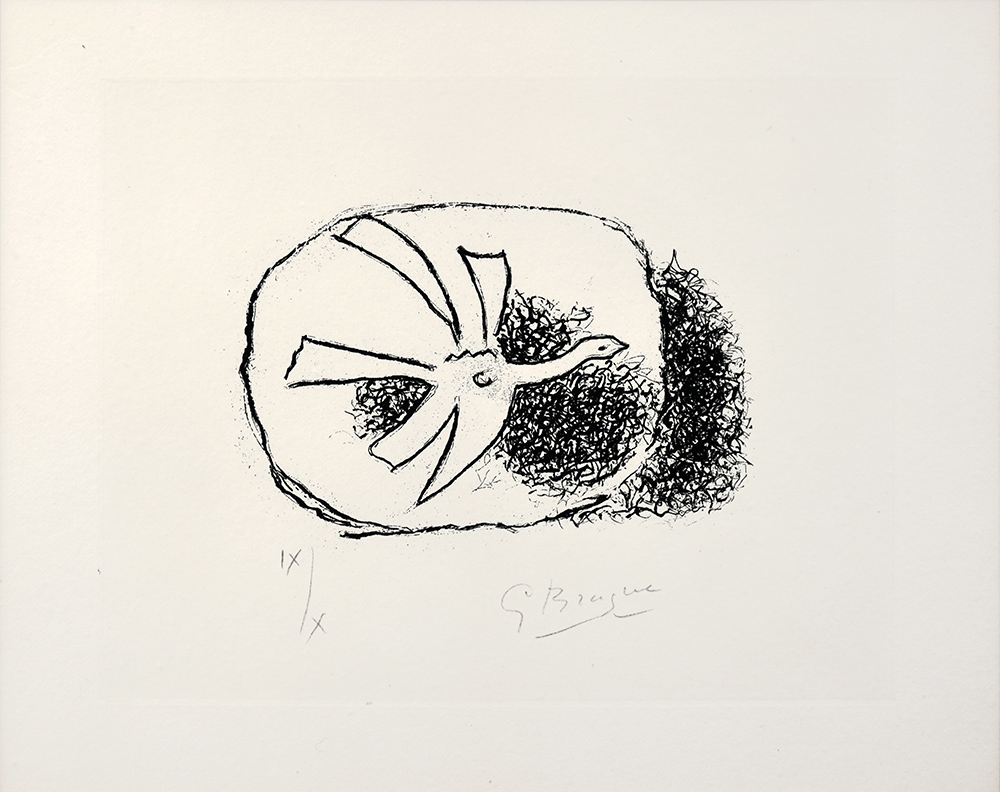 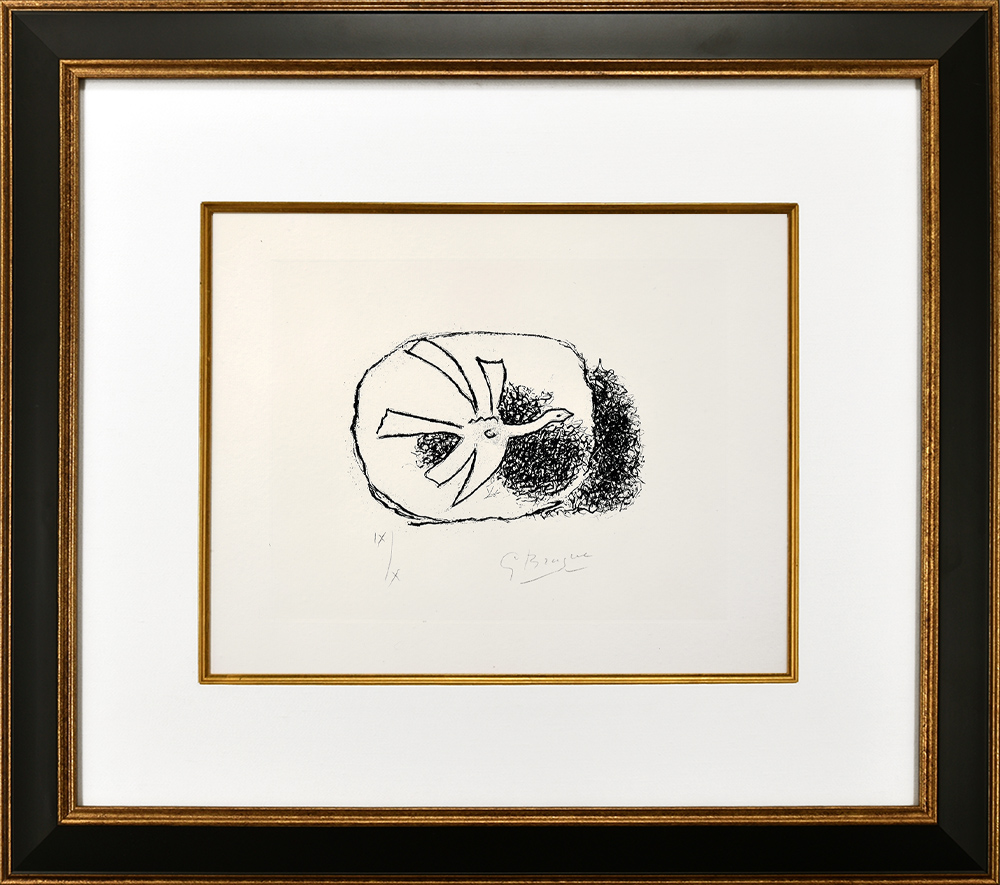 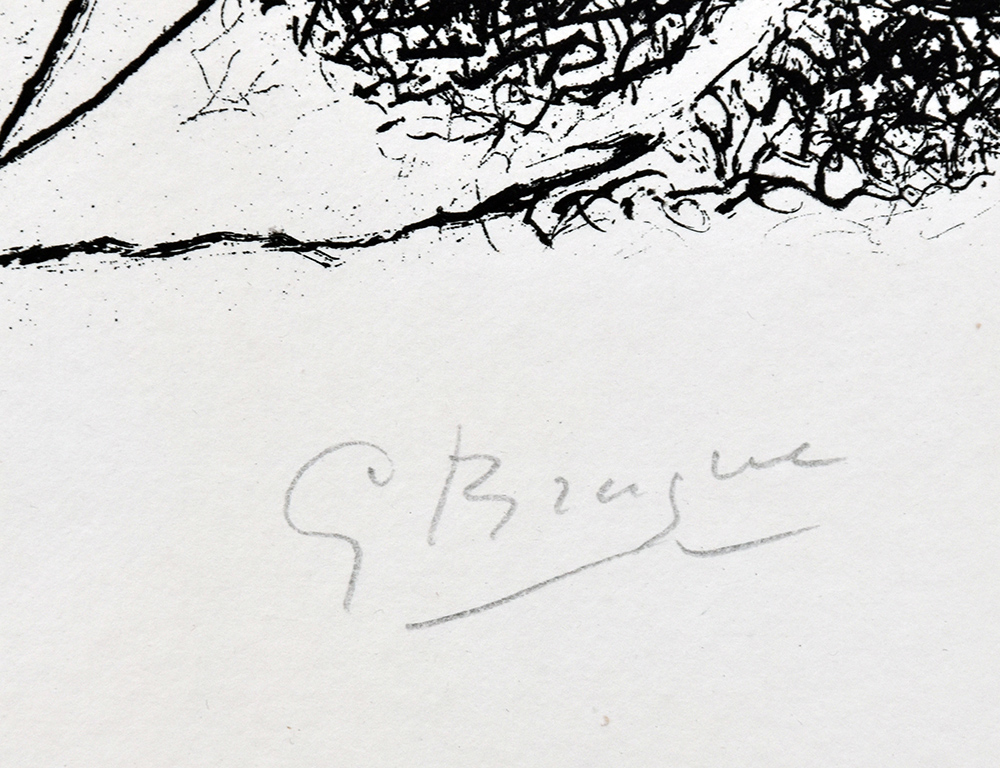 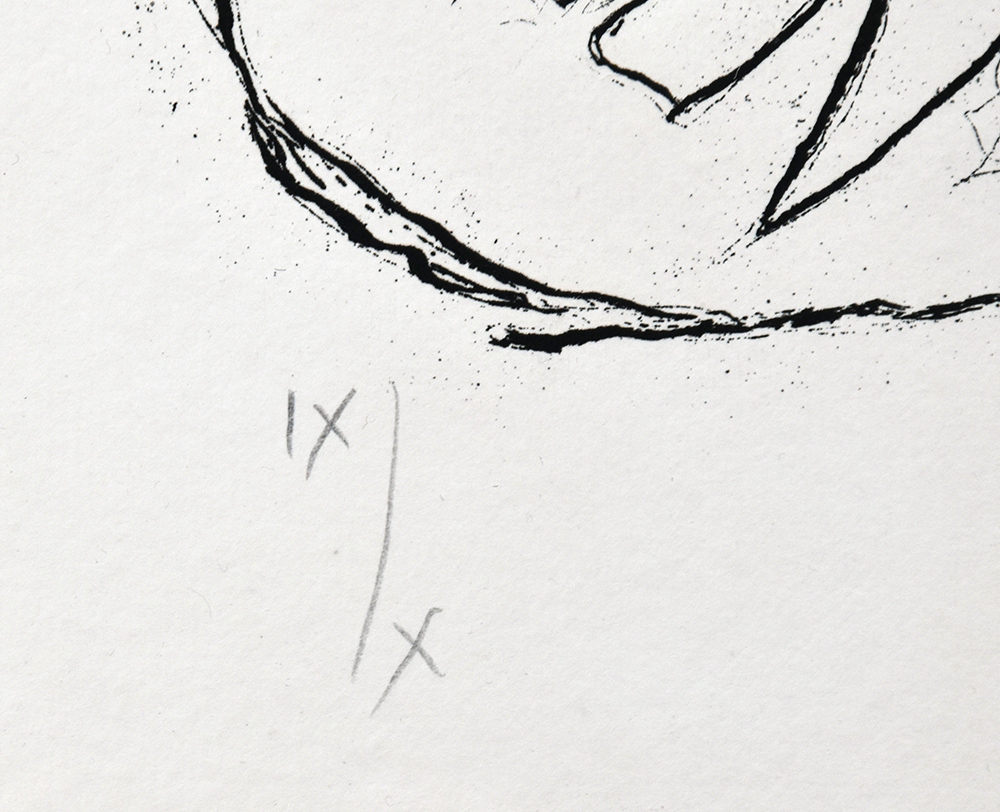 Braque Oiseau dans son nid (Bird in its Nest) from Août (August), 1958 is an exquisite work that revisits Braque’s beloved bird motif. Beautifully inspired by the poetry of writer Saint-Pol Roux, this work features an elegant white dove with its wings extended in mid-flight. The French symbolism poet Saint-Pol Roux created the notion of "idéoréalisme", an artistic fusion between the real world and the world of ideas which Braque gravitated toward because of the presentation of the unexplainable. Braque therefore translates this sentiment into visual form.

The background to this scene is a circular form with spontaneous black lines which create the image of its nest. This simple image creates a subdued sense of calm. Without any additional background, the bird is displaced from visual context. This ambiguity creates an air of surrealism. The image contrasts beautifully against the cream white color of the paper, effectively emphasizing each detail. Braque effortlessly creates an aquatint that is at once symbolic, textural and artful.

Catalogue Raisonné & COA:
Braque Bird in its Nest (Oiseau dans son nid) from Août (August), 1958 is fully documented and referenced in the below catalogue raisonnés and texts (copies will be enclosed as added documentation with the invoices that will accompany the final sale of the work).

1) Vallier, Dora, Braque: The Complete Graphics, 1982. Listed and illustrated as catalogue raisonné no. 135

About the Framing:
Framed to museum-grade, conservation standards, Braque Bird in its Nest (Oiseau dans son nid) from Août (August), 1958 is presented in a complementary moulding and finished with silk-wrapped mats and optical grade Plexiglas.