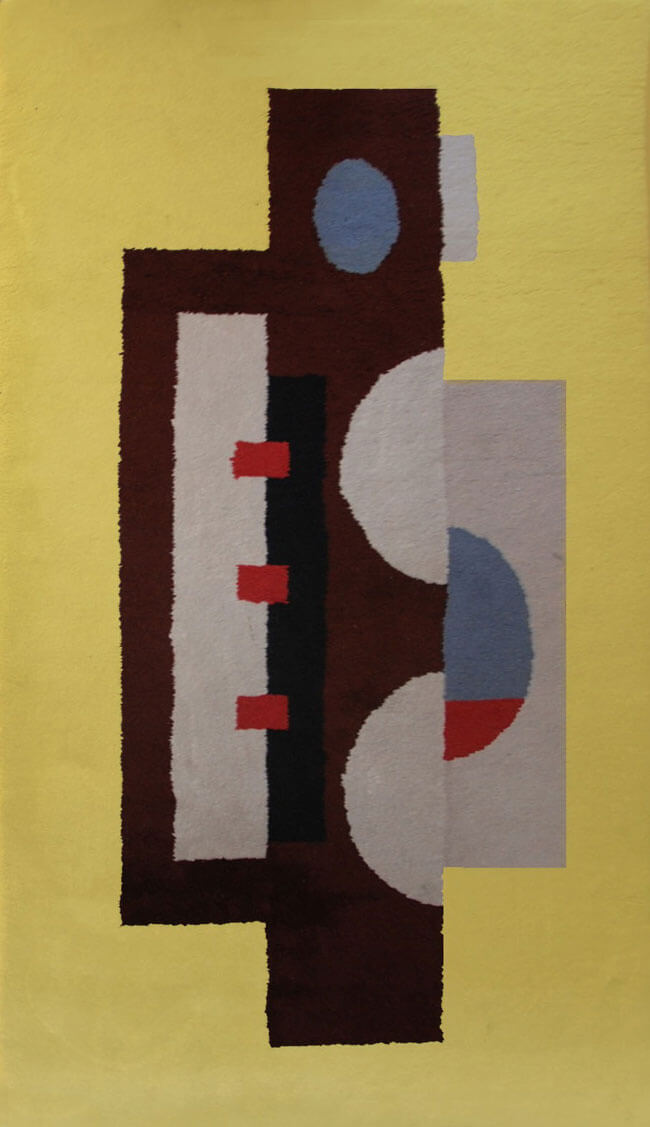 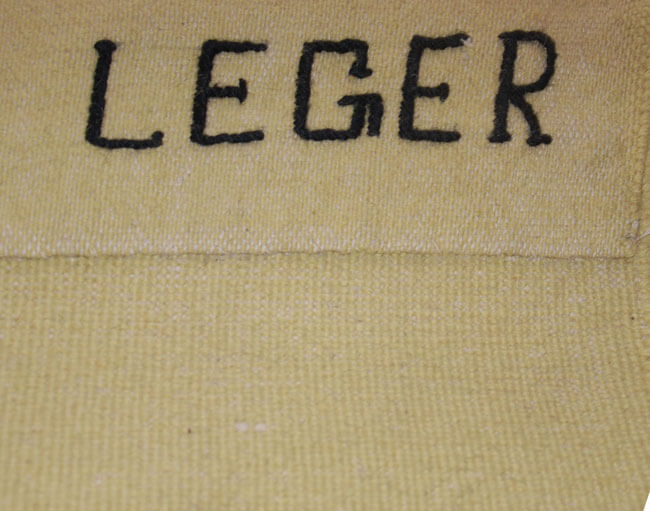 Appropriately entitled Jaune II, this thick, lustrous tapestry features structural blocks of color placed against a yellow background. In his trademark style, Léger depicts abstract forms that intersect and bisect; the overall image appears constructed in the same manner as a building. This work relays a distinctly modern, slightly industrial feel, almost as if we are witnessing the nuts and bolts of a machine or mechanical part. The yellow background adds a warm splash of color and a hint of softness when compared with the sharp, angular forms in the center of the composition. The medium also contributes an element of texture to the work, allowing for slight discrepancies in color and form depending on the way in which the fabric rests.

This original wool tapestry has the woven signature 'Leger' along the border on the reverse. This work was conceived by Leger for Mybor c. 1927 and published and produced by Marie Cuttoli & Lucie Weill between 1949-1962.