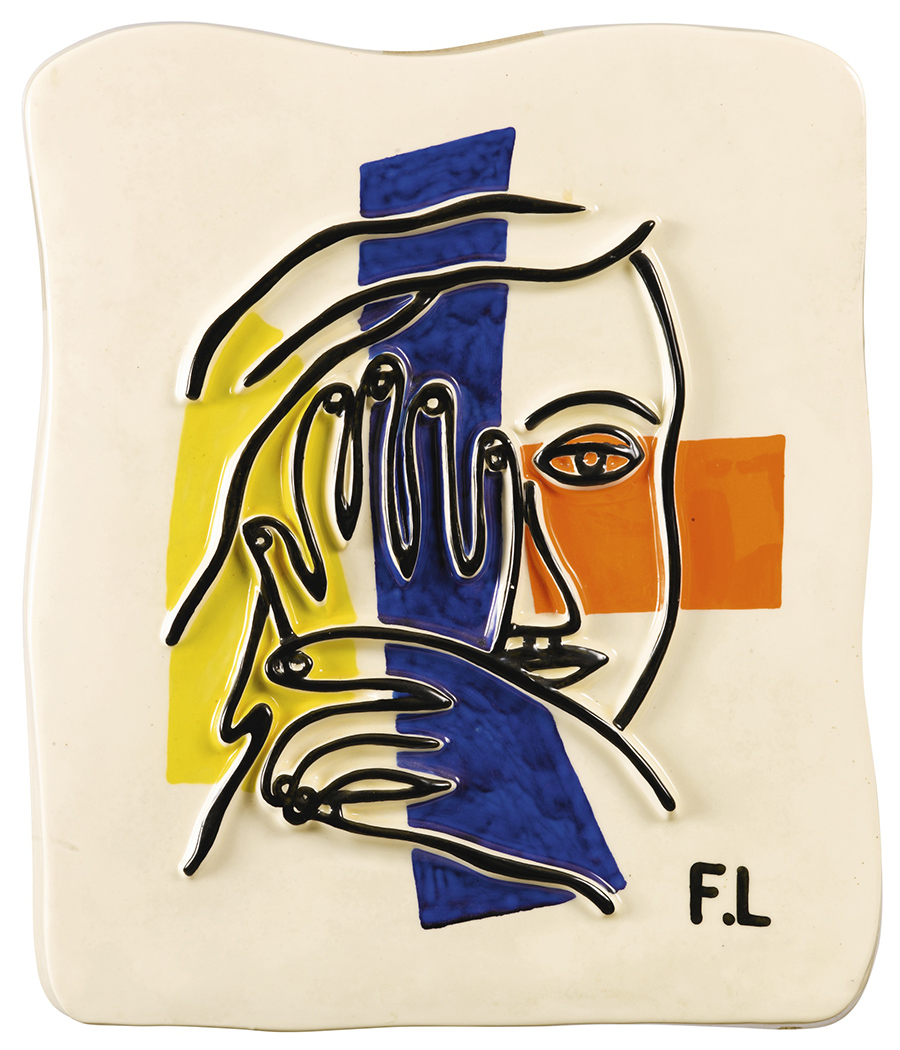 Created in 1954, this terracotta low relief ceramic plaque; white clay with orange, yellow, blue, red, and black glazed enamel is initialed ‘F.L.’ by Fernand Léger (Argentan, 1881- Gif-sur-Yvette, 1955) in black in the lower right. We believe the edition of 250 was never realized.

Catalogue Raisonné & COA:
Fernand Leger Visage aux deux mains (Face with Two Hands), 1954 is fully documented and referenced in the below catalogue raisonnés and texts (copies will be enclosed as added documentation with the invoices that will accompany the sale of the work).