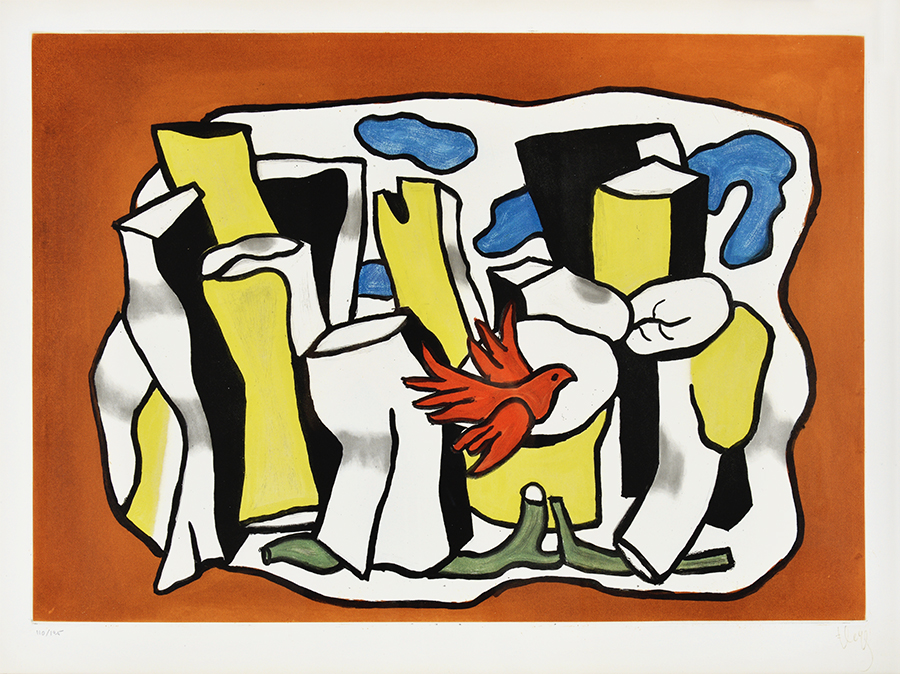 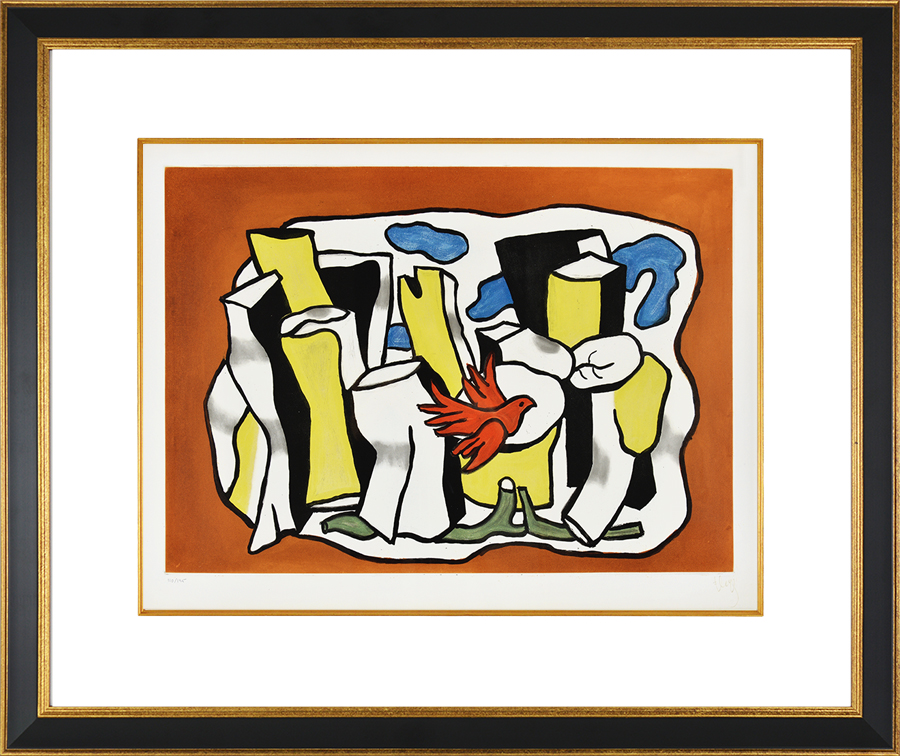 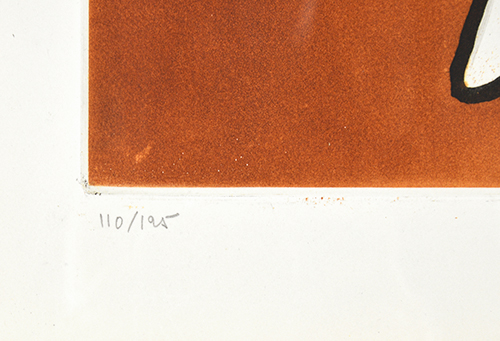 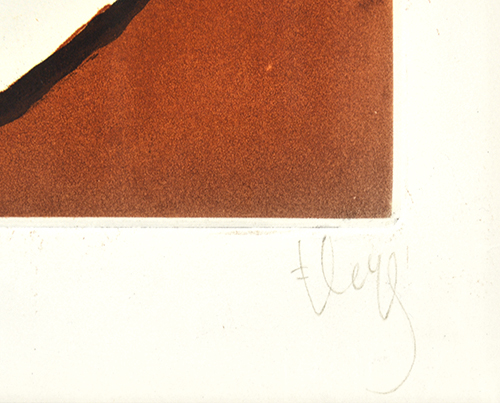 Fernand Léger Red Bird in the Woods (L’Oiseau rouge dans le Bois) 1953 shows a constructed forest framed on a bold red background. The composition overlaps, creating complex interactions between the different forms, but each is also well defined against the background. The wood, rendered in stark yellow, white and black, pushes towards the blue clouds like organic skyscrapers. The clouds mirror the smoke from factories that is present in other works by Léger. Through them, weaving between, flies a brilliant red bird. Using vibrant and lush colors Léger has created an urban scene composed of natural elements. The resulting contrast is interesting and enchanting.

Léger was fond of combining the industrial and the natural. Unlike some of the other artists at the time who denied modern influence on their works, Léger embraced it – in fact he delighted in the modern meeting the more natural.

Created in 1953 after a gouache, this color aquatint is hand-signed by Fernand Léger (Argentan, 1881 – Gif-sur-Yvette, 1955) in ink in the lower right margin and numbered from the edition of 125 in pencil in the lower left margin; published by Lacourière, Paris.

Fernand Léger Red Bird in the Woods (L’Oiseau rouge dans le Bois), 1953 is fully documented and referenced in the below catalogue raisonnés and texts (copies will be enclosed as added documentation with the invoices that will accompany the sale of the work).