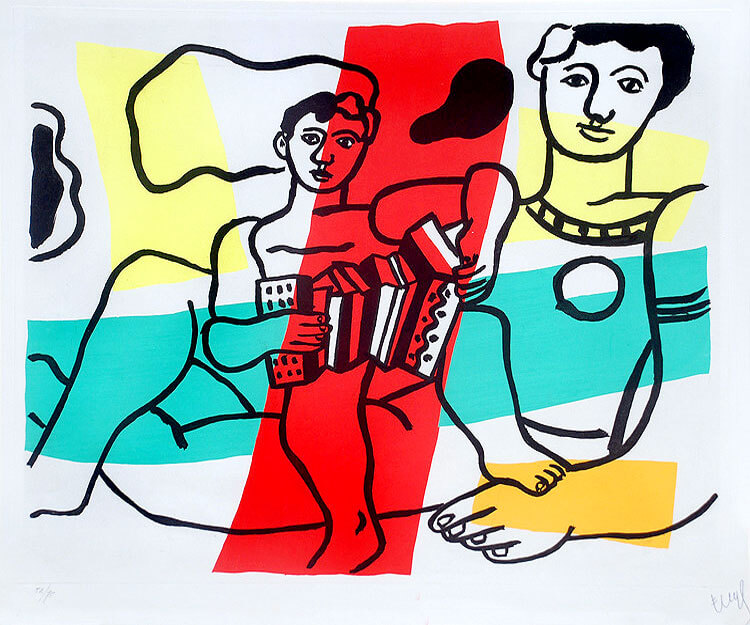 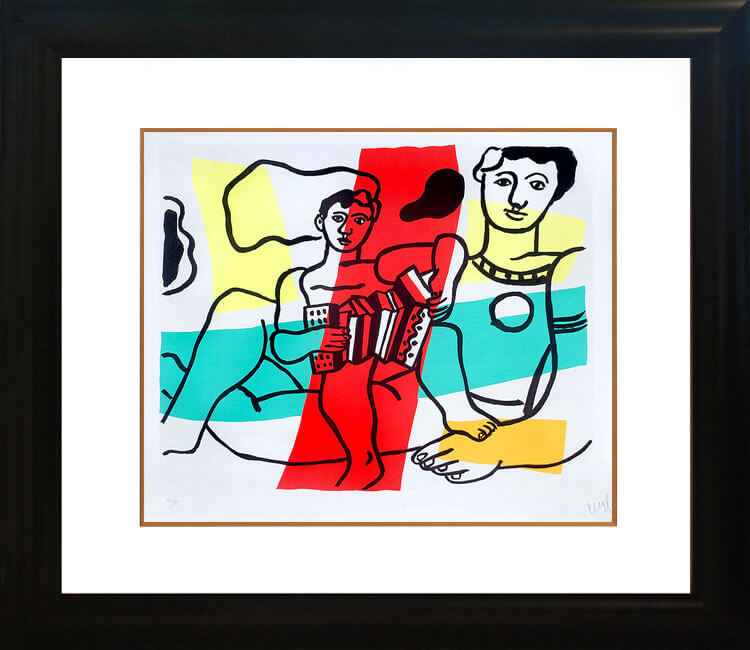 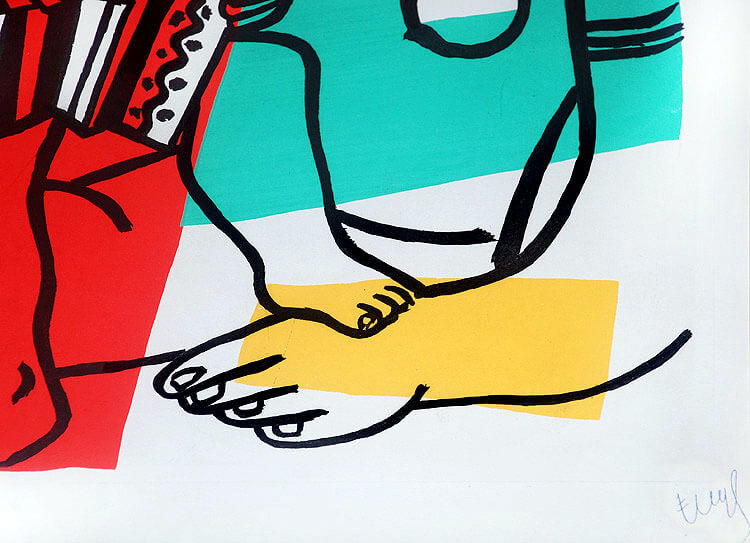 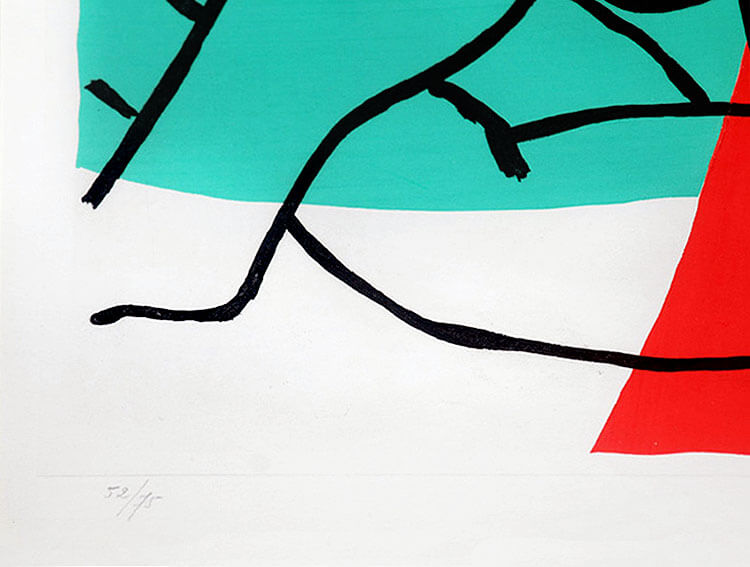 This brilliantly colored piece exhibits a tender moment captured between parent and child. The child dances in the foreground, playing an accordion, while his mother lounges behind him, gazing on with pride and adoration. Léger (Argentan, 1881- Gif-sur-Yvette, 1955) utilizes his signature style of bold, black outlines to convey his subjects and then slashes thick blocks of bright, vibrant colors, in this case, red, yellow, and green, over them. Léger over exaggerates the difference in size between parent and child; the mother appears as a giant, larger than life, while the child appears somewhat minute. This contrast is particularly noticeable where the child places his tiny food atop his mother's large hand to the lower right, for his foot in its entirety equates the size of two of his mother's fingers. The child appears wise beyond his years with a mature face and an advanced sense of coordination as he plays his musical instrument, yet his body appears as that of an extremely young child.

Created in 1953, this work was printed by Haasen, Paris and published at the expense of the artist. This work is hand signed by Fernand Léger (Argentan, 1881- Gif-sur-Yvette, 1955) in blue ink in the lower right margin and numbered from the edition of 75 in pencil in the lower left margin. According to Saphire, this piece is one of only three aquatints that Léger made (p. 204).