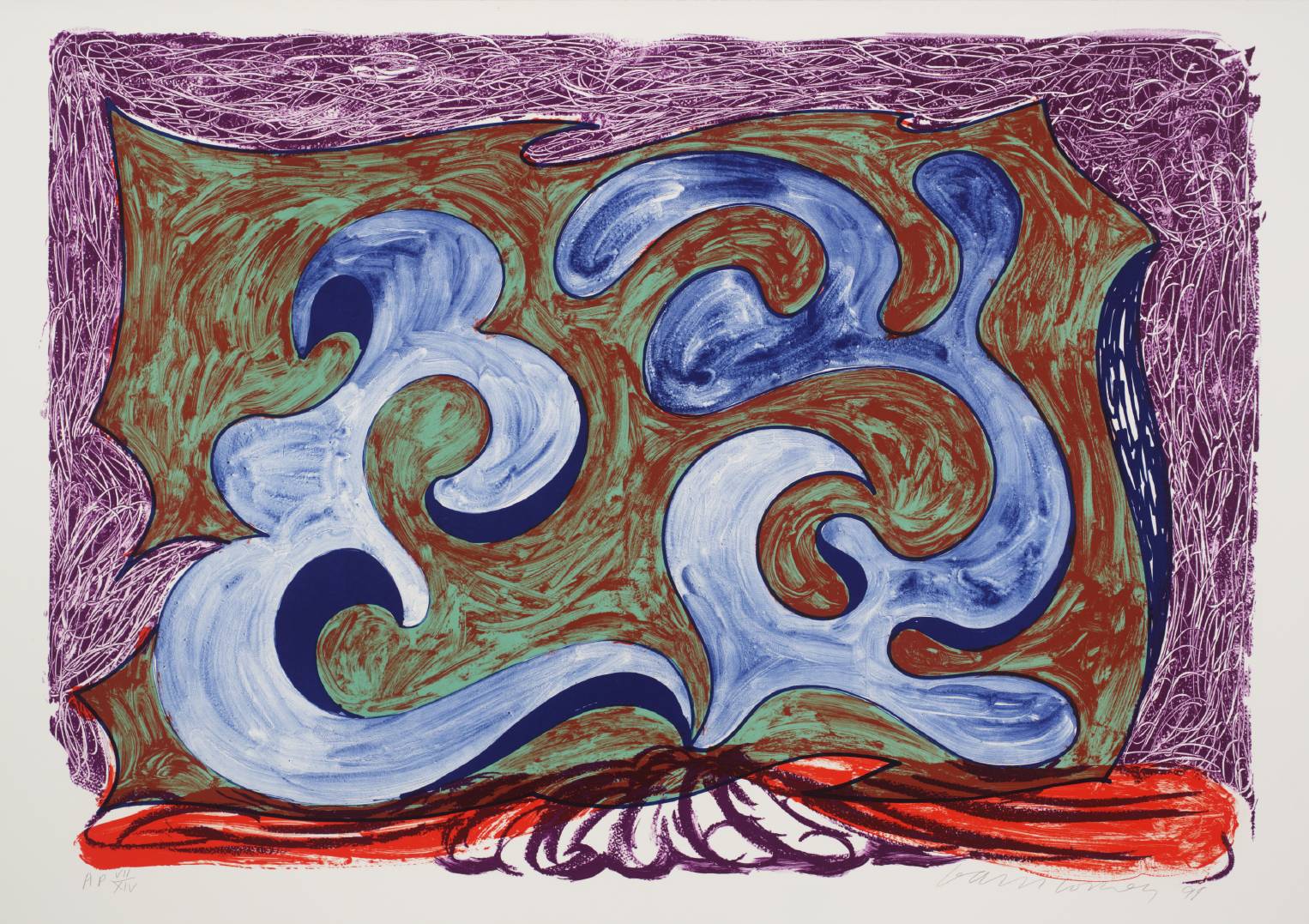 David Hockney Rampant, 1991 is a five-color lithograph that was produced by the artist in collaboration with Tyler Graphics, New York that stresses the importance of emotion. The composition is dominated by a curving and swirling bipartite form with visible brushstrokes of varying size. A rich, navy blue outlines sections of the underside, suggesting three-dimensionality as the abstracted organic forms billow upwards, erupting from a central opening at the work’s lower edge. Swirls of imperial purple form at the meeting point of these blue organic forms, cascading the color off the sides, melding with a bright red orange underneath. The work is framed by an uneven purple border, with visible white lines drawn through the ink as if the artists had taken the back of a brush to the painting. The entire lithograph is both densely and sparingly shaded, notably with the background as the dark seafoam green is covered by a semi-thin haphazard coat of a rust-colored red, allowing the layer below to peek through. This work lacks any straight geometric lines, giving the large shapely forms a swaying, organic quality that further adds to the surreal movements of the entire work. The piece is as playful as it is eye-catching, a hallmark of Hockney’s unique style.

Created in 2017, this lithograph on Rives BFK paper is hand signed and dated in pencil by David Hockney (Bradford 1937-) in the bottom right margin. This work is numbered from the edition of 50 in the bottom left margin.

Catalogue Raisonné & COA:
David Hockney Rampant, 1991 is fully documented and referenced in the below catalogue raisonnés and texts (copies will be enclosed as added documentation with the invoices that will accompany the sale of the work).

About the Framing:
Framed to museum-grade, conservation standards, David Hockney Rampant, 1991 is presented in a complementary moulding and finished with silk-wrapped mats and optical grade Plexiglas.