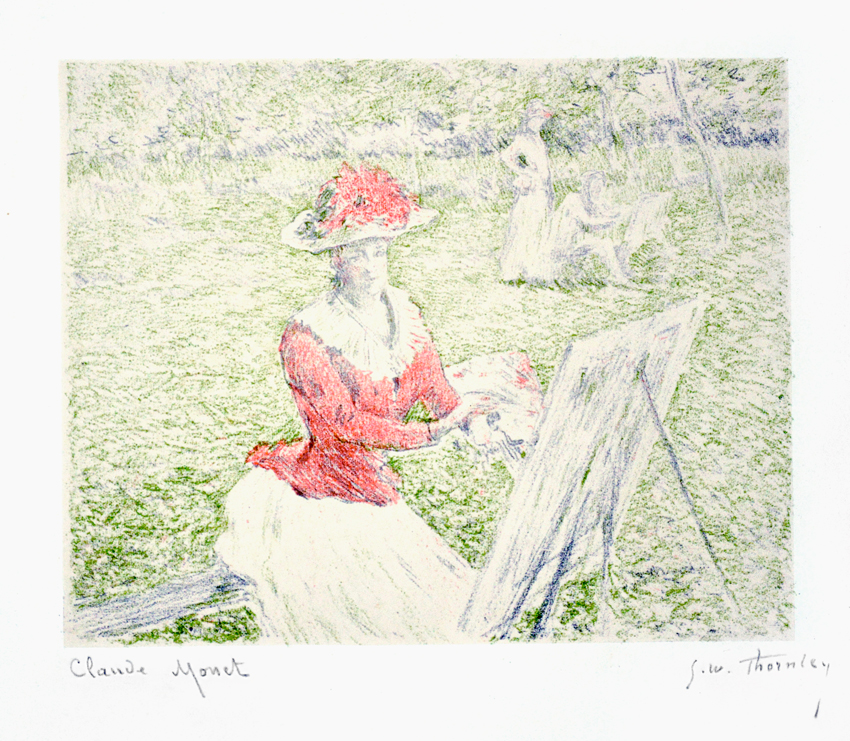 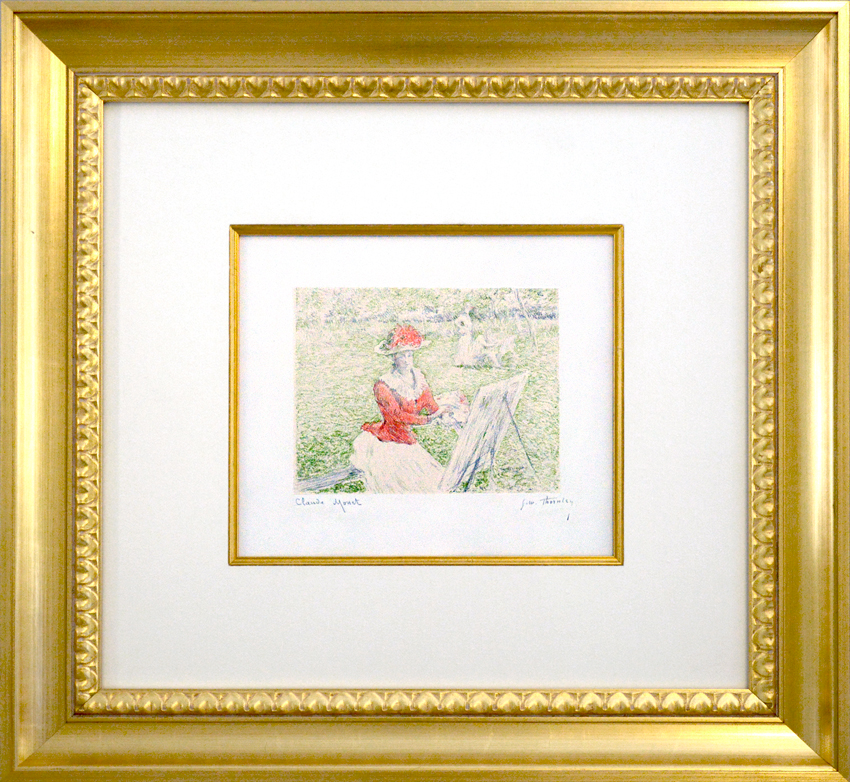 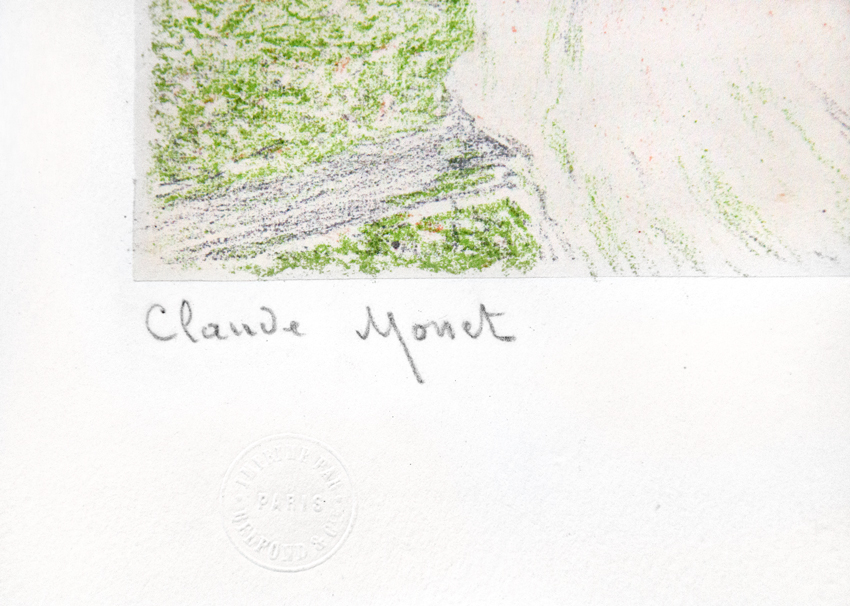 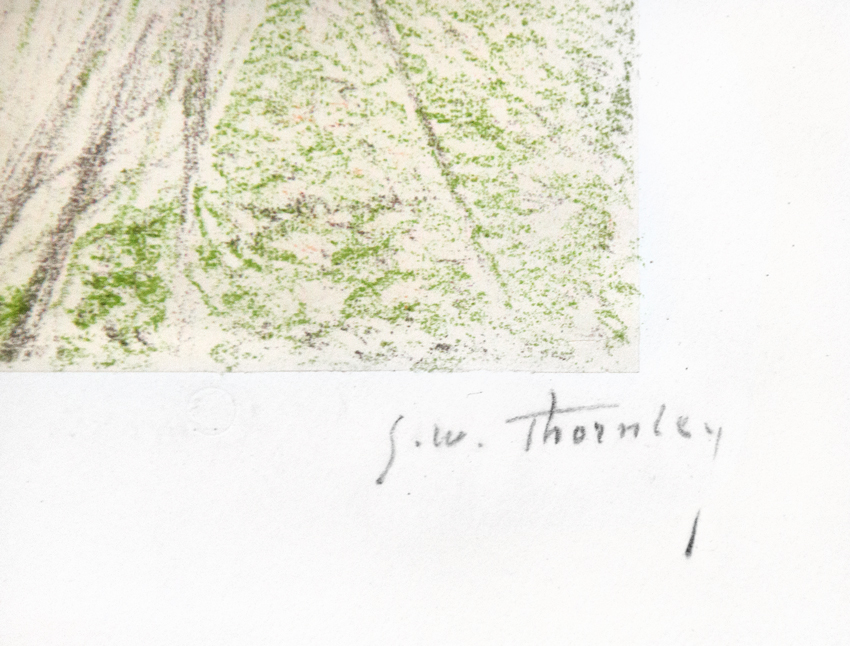 Depicting Monet's step-daughter, who would become his daughter-in-law upon her marriage to his son, Jean, this beautiful work had personal meaning for the artist. Blanche immediately took to Monet upon his marriage to her mother, and almost as quickly took up painting herself. Studying with her father-in-law and Edouard Manet, she adopted Impressionism as her own. After her husband's death, Blanche visited the aging artist periodically, serving as his caretaker until his death. Historians speculate that she even helped Monet complete his Grands Décorations, the monumental panels of water lilies housed in the Orangerie, Paris.
Under a full summer sun, Monet captures Blanche's concentration as she paints en plein air at her easel. In the background we see Suzanne Hoschedé and her soon-to-be husband, the American painter Theodore Butler, who works on his own picture. Delicate red tree trunks crowned with canopies of leaves fill the horizon. Monet's deft brushwork and palette bring the breeze flattening the thick grass and the perfume of wildflowers to life. An ode to the moment, this is a classic Impressionist work whose value was clear to the artist; he kept the original painting after which this print was created for his own private collection until the end of his life.

Created after the original oil painting of the same title from circa 1892-3, this original color lithograph on chîne appliqué, on a wove support, is from the rare edition of 25 hand-signed proofs. Hand-signed by Monet and the printer G.W. Thornley, this work also bears Thornley's red ink stamp. The edition was published by J. Mancini, Paris.

This work is fully documented and referenced in the below catalogue raisonnés and texts (copies will be enclosed as added documentation with the invoice accompanying the final sale of the work):

This work is framed to museum-grade, conservation standards, presented in a complementary moulding and finished with linen-wrapped mats and optical grade Plexiglas.