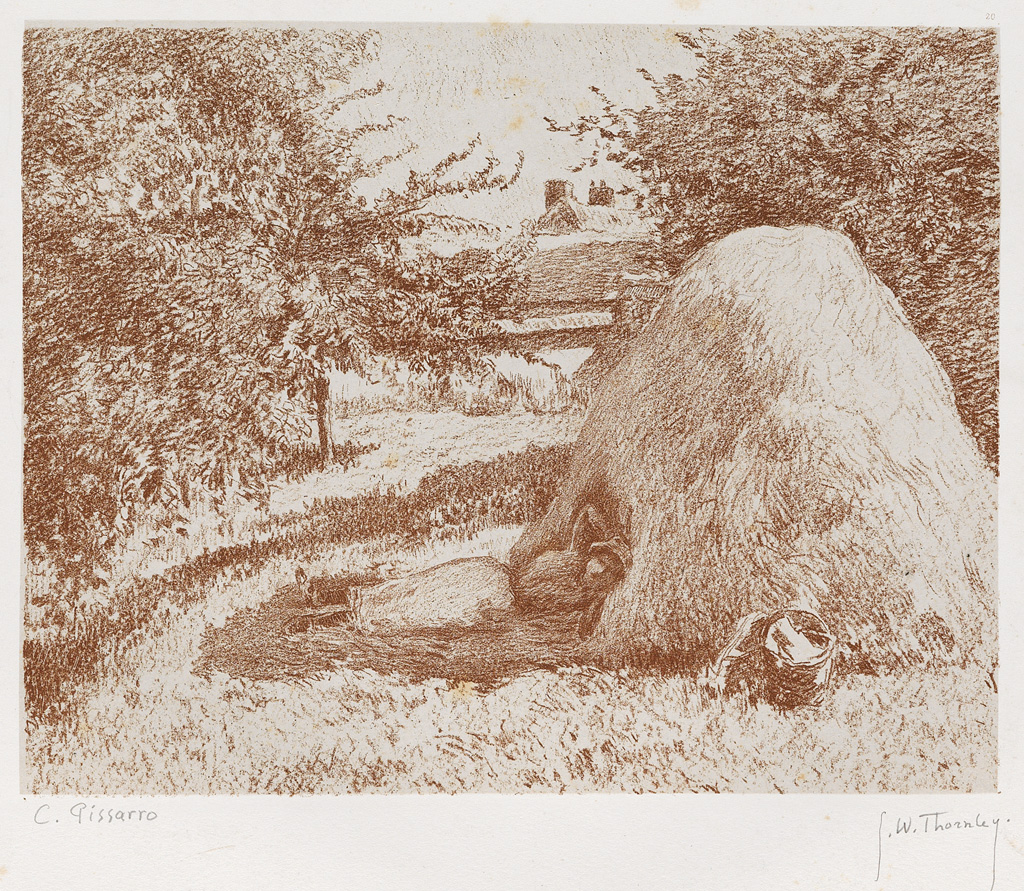 Camille Pissarro L’Abri de la meule de foin (The Shelter of the Haystack), c. 1900 is a calm scene that imparts the viewer with a sticky sense of serenity. The boy rests, arms crossed behind his head, in the cool shade of the haystack. His face is mostly cast into shadow, but looks tranquil and at ease. The hot sun beats down on the scene, visible in the way that the right side of the haystack is almost white. We feel the sun on our skin and are quenched by the sweet, damp grass that the light does not reach. Using soft and hazy shading, as is the Impressionists way, Pissarro plays with the light and makes it come alive.

Created c. 1900 after an original oil painting La Siesta created in 1899, this color lithograph printed in red-brown on chine appliqué is hand-signed by Camille Pissarro (Charlotte Amalie, 1830 – Paris, 1903) in pencil in the lower left margin; also hand-signed by engraver G.W. Thornley in pencil in the lower right margin. From an edition of 25 hand-signed proofs by both Camille Pissarro (Charlotte Amalie, 1830 – Paris, 1903) and engraver G.W. Thornley; printed by Becquet, Paris and published by Boussod-Valadon, Paris.

Camille Pissarro The Shelter of the Haystack (L’Abri de la meule de foin), c. 1900 is fully documented and referenced in the below catalogue raisonnés and texts (copies will be enclosed as added documentation with the invoices that will accompany the sale of the work).