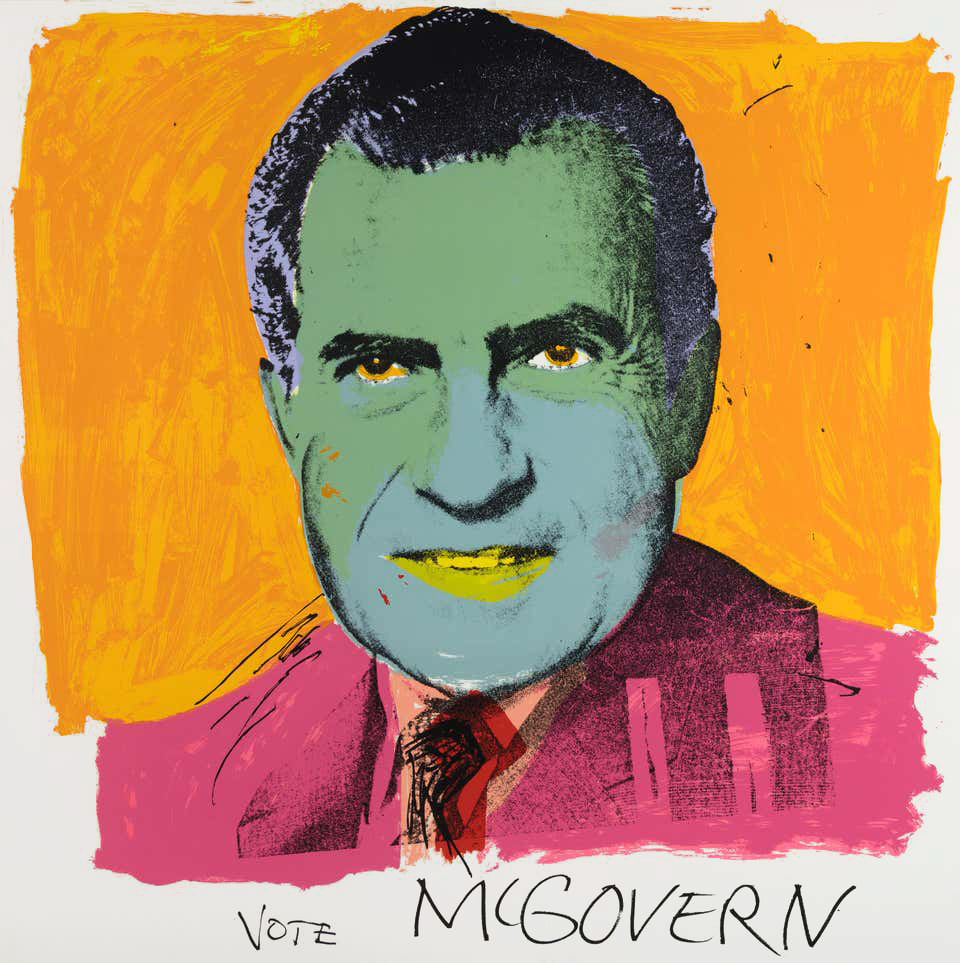 Andy Warhol Vote McGovern, 1972 is a probing representation of one of the most infamous presidents in history, Richard Nixon. In this work, the artist chooses an image of the political leader in which he appears to be particularly menacing and unnerving. Nixon shows his teeth as he looks upwards beyond the viewer. Warhol accentuates his expression by illustrating his skin in a greenish blue color which contrasts its orange background. In the lower margin of the work, the artist writes the words “Vote McGovern,” from which the piece gains its title.

Catalogue Raisonné & COA:
Andy Warhol Vote McGovern, 1972 is fully documented and referenced in the below catalogue raisonnés and texts (copies will be enclosed as added documentation with the invoices that will accompany the sale of the work).

About the Framing:
Framed to museum-grade, conservation standards, Andy Warhol Vote McGovern, 1972 is presented in a complementary moulding and finished with silk-wrapped mats and optical grade Plexiglas.