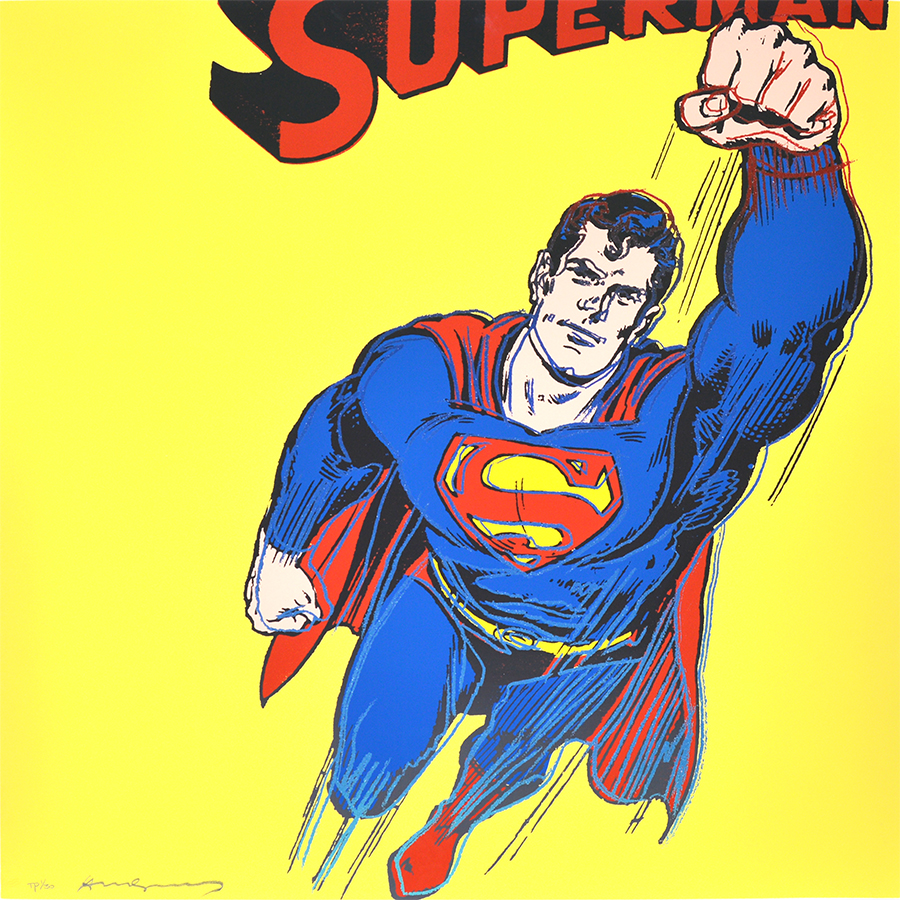 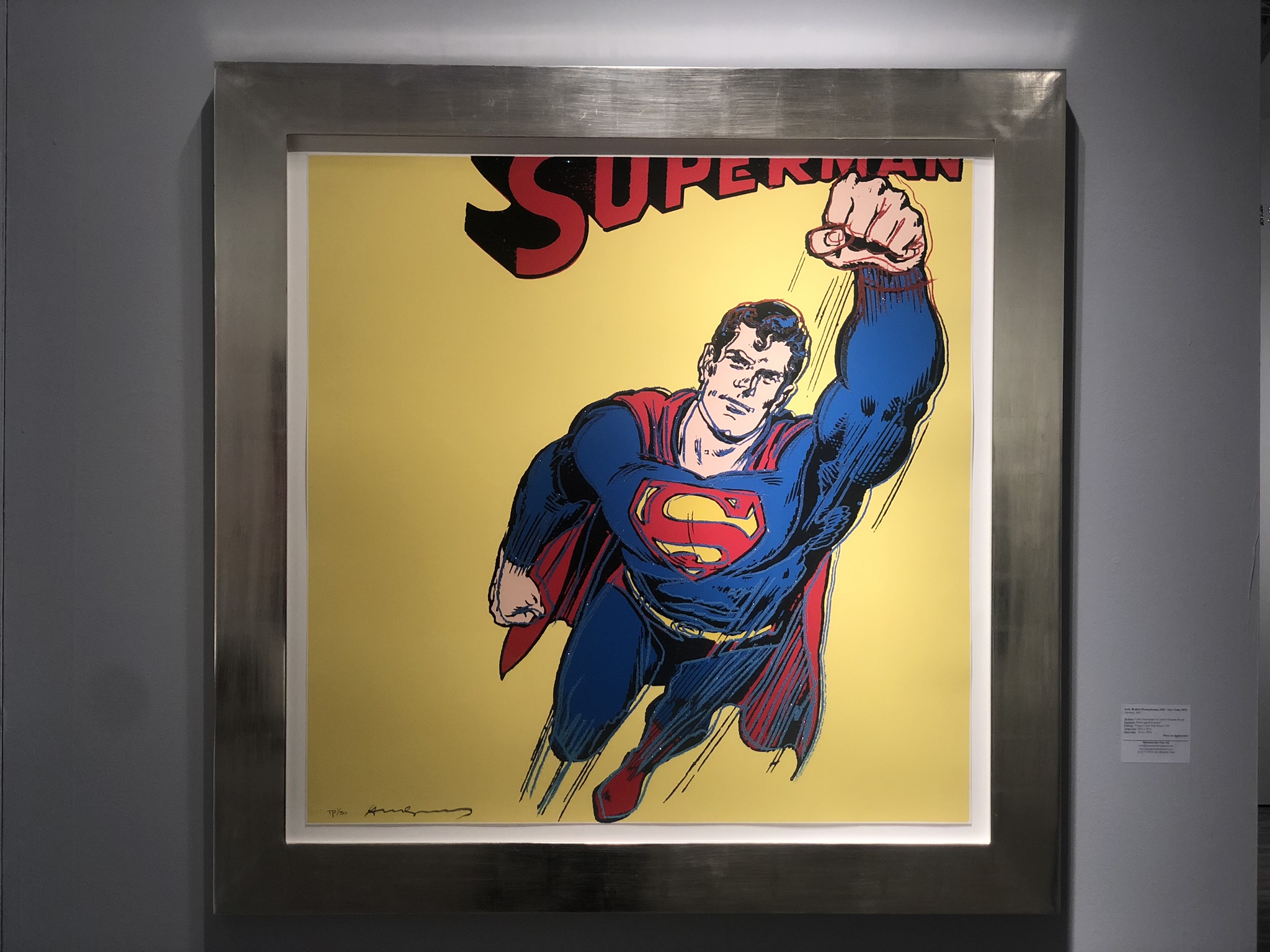 An iconic figure that many are familiar with, Superman is a character that originates from comic books and has been a hero to many for decades. The traditional image of Superman in his blue and red cape is juxtaposed with a lighter outline of the same image, suggesting we have captured him in the middle of his ascension. Andy Warhol Superman is a part of 10 screenprints in the Myths series that exemplify Warhol’s unerring sense for the powerful motifs of his time. Most of images in Warhol’s Myths series are taken from 1950s television or old Hollywood films. They portray the universal view of America’s once captivating and commanding past. Other pieces included in the series are characters loved by children such as Mickey Mouse, Howdy Doody, and Santa Claus, as well as fictional figures like Dracula, The Wicked Witch of the West, and Uncle Sam. While each of these characters has a strong, sometimes unpleasant persona, they are distinctly separated from reality. It has been said that Warhol considered each of these characters to be facets of his personality.

Created in 1981, this color screenprint on paper is hand signed by Andy Warhol (Pennsylvania, 1928 - New York, 1987) in pencil in the lower margin. A unique work inscribed ‘TP’ (trial proof) and numbered from the edition of 30 unique trial proofs; aside from the edition of 200; published by Ronald Feldman Fine Arts, Inc., New York; printed by Rupert Jasen Smith, New York.