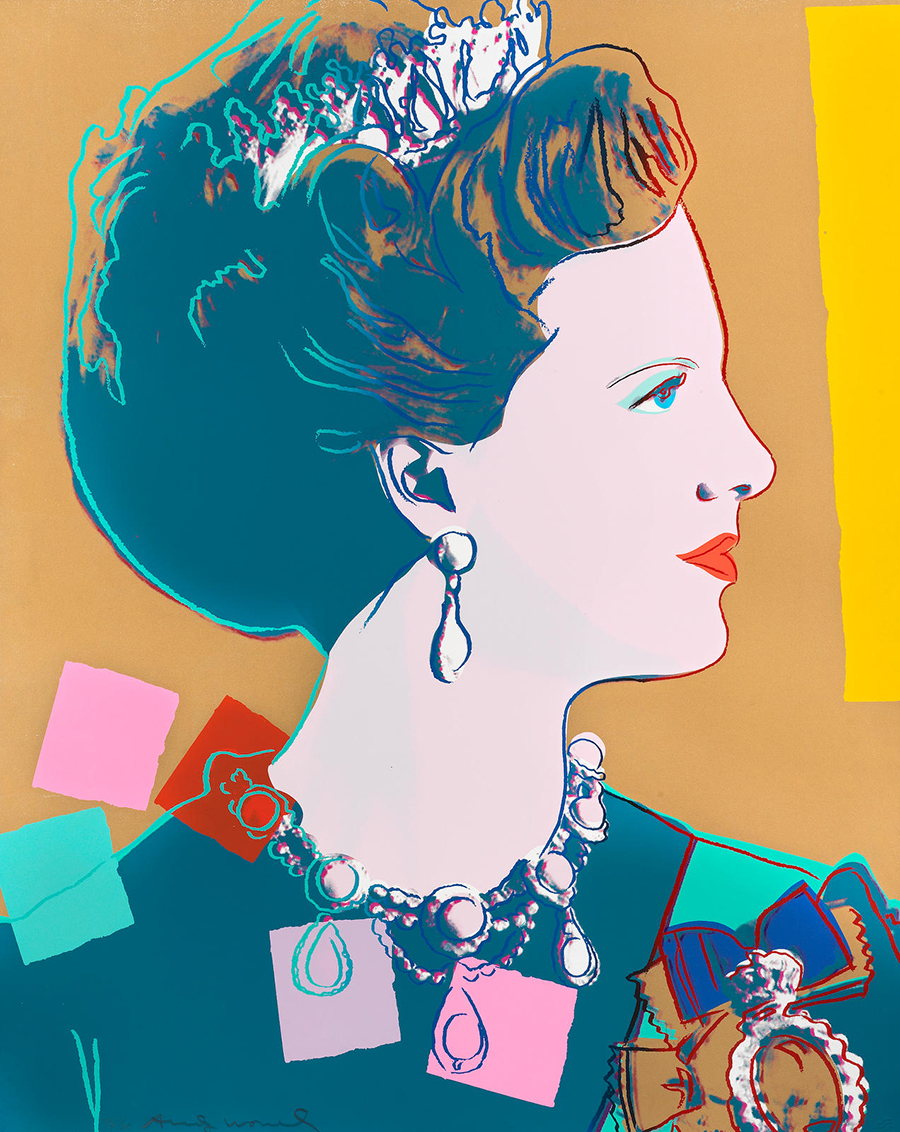 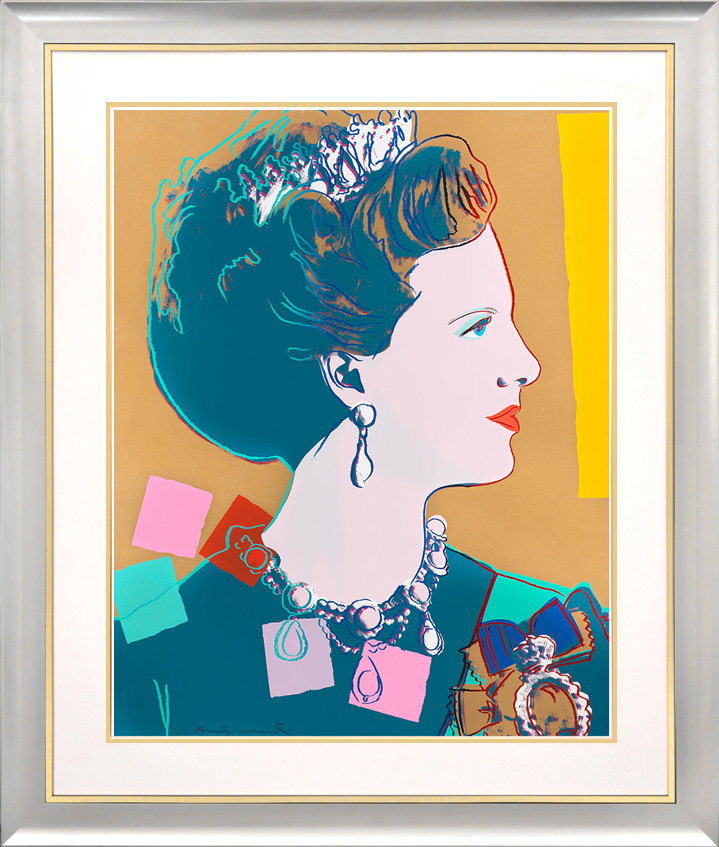 Andy Warhol Queen Margrethe II, from Reigning Queens Series, 1985 Unique Trial Proof addresses Warhol's fascination with the extremes of social hierarchy.  This is the perfect example of Warhol’s ability to transform the entire medium of traditional portraiture and translate it to contemporary, political relevance.  The scale of her is all-consuming; the size of this work is perhaps paramount to her grandeur and position in society. She is larger-than-life, a Queen with respectable notoriety and a prominent history and social standing among the Danish people.

This portrait of Queen Margrethe II also details Warhol’s playfulness with line and color while also exhibiting his view on conventional portraiture.  The bright hues of blues, yellows, and pinks create a captivating image of the Queen, perhaps transforming her from the view of the bourgeois upper class to a more palpable, everyday poster image we can all relate to. She now falls into the category of popular kitsch culture, while her elegant features continue to be accented by the drawn line of Warhol’s hand.

Created in 1985, this screenprint on Lenox Museum Board is hand signed by Andy Warhol (Pennsylvania, 1928 - New York, 1987) in pencil in the lower left. A unique work inscribed ‘TP’ (trial proof) and numbered from the edition of 30 unique trial proofs; aside from the numbered edition of 40.  This series was printed by Rupert Jasen Smith, New York and published by George C. P. Mulder, Amsterdam.

Catalogue Raisonné & COA:
Andy Warhol Queen Margrethe II, from Reigning Queens Series, 1985 Unique Trial Proof is fully documented and referenced in the below catalogue raisonnés and texts (copies will be enclosed as added documentation with the invoices that will accompany the final sale of the work).

1. Feldman, Frayda and Jörg Schellmann. Andy Warhol Prints, A Catalogue Raisonné, 1989. Other variants are listed and illustrated as catalogue raisonné IIB.342-345.
2. A Certificate of Authenticity will accompany this work.