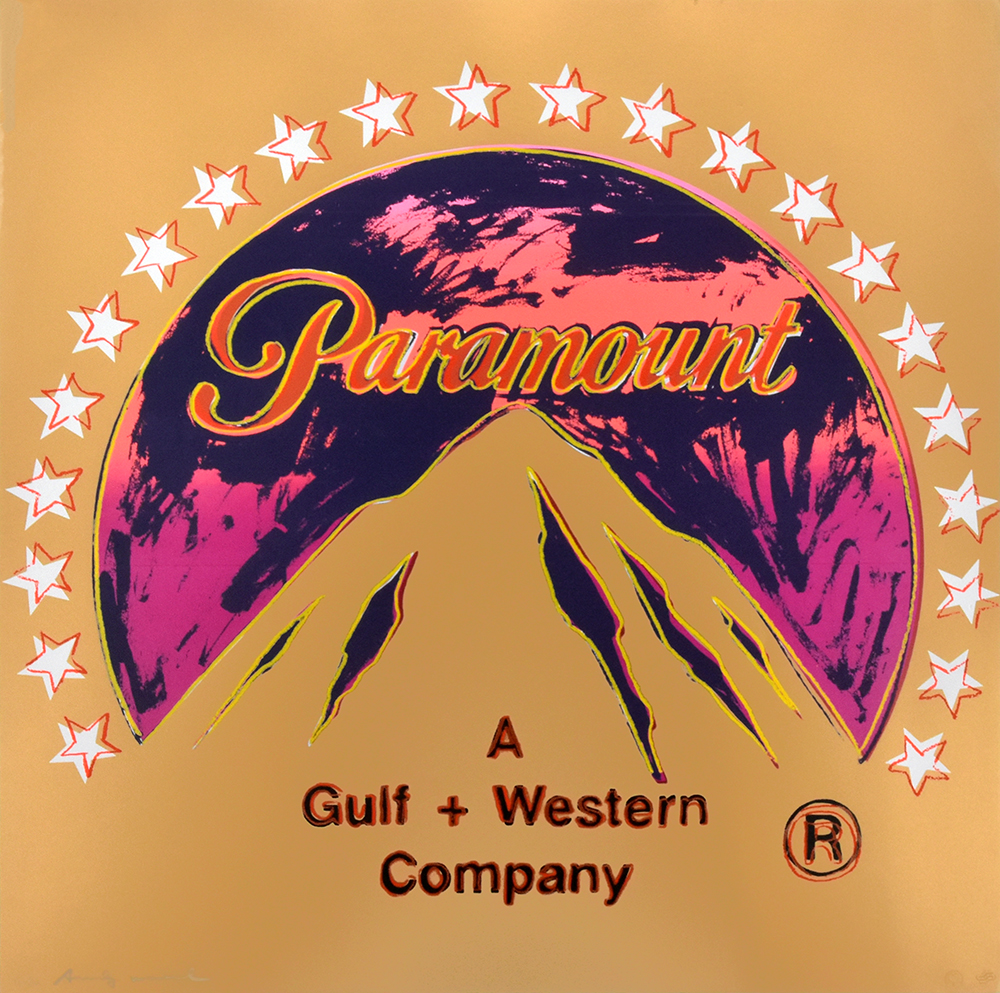 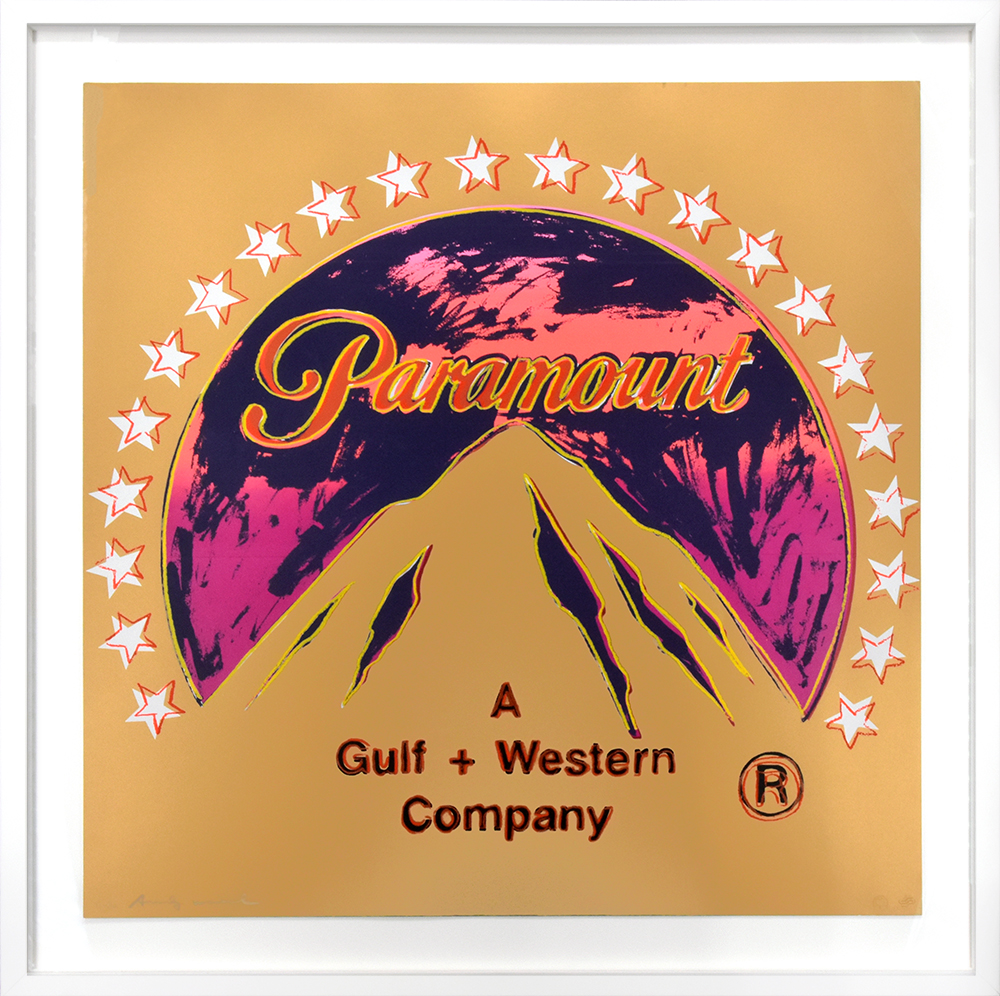 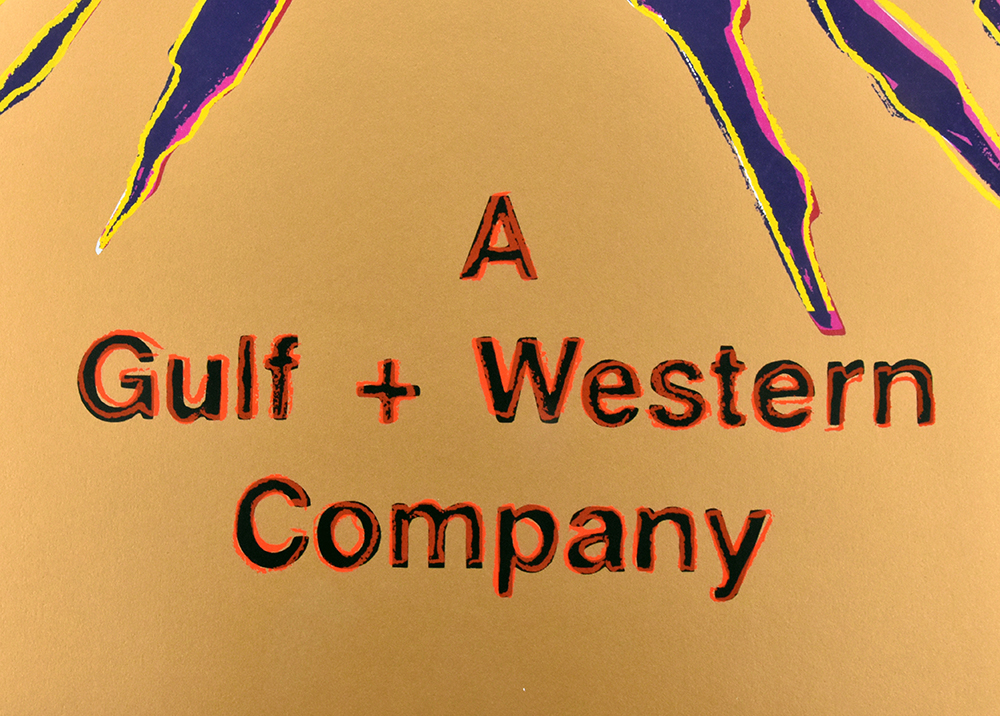 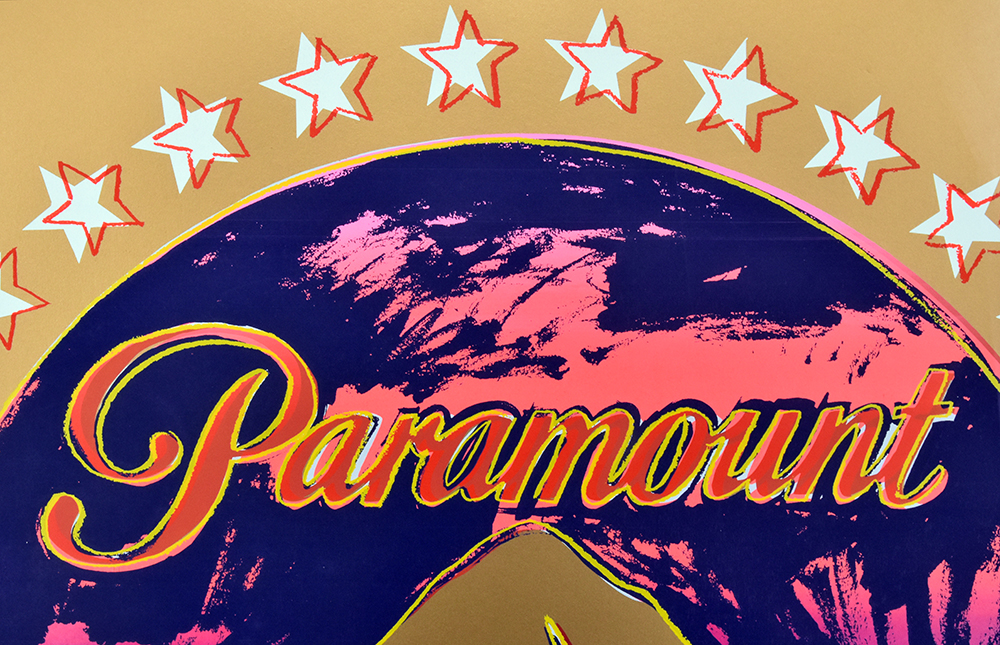 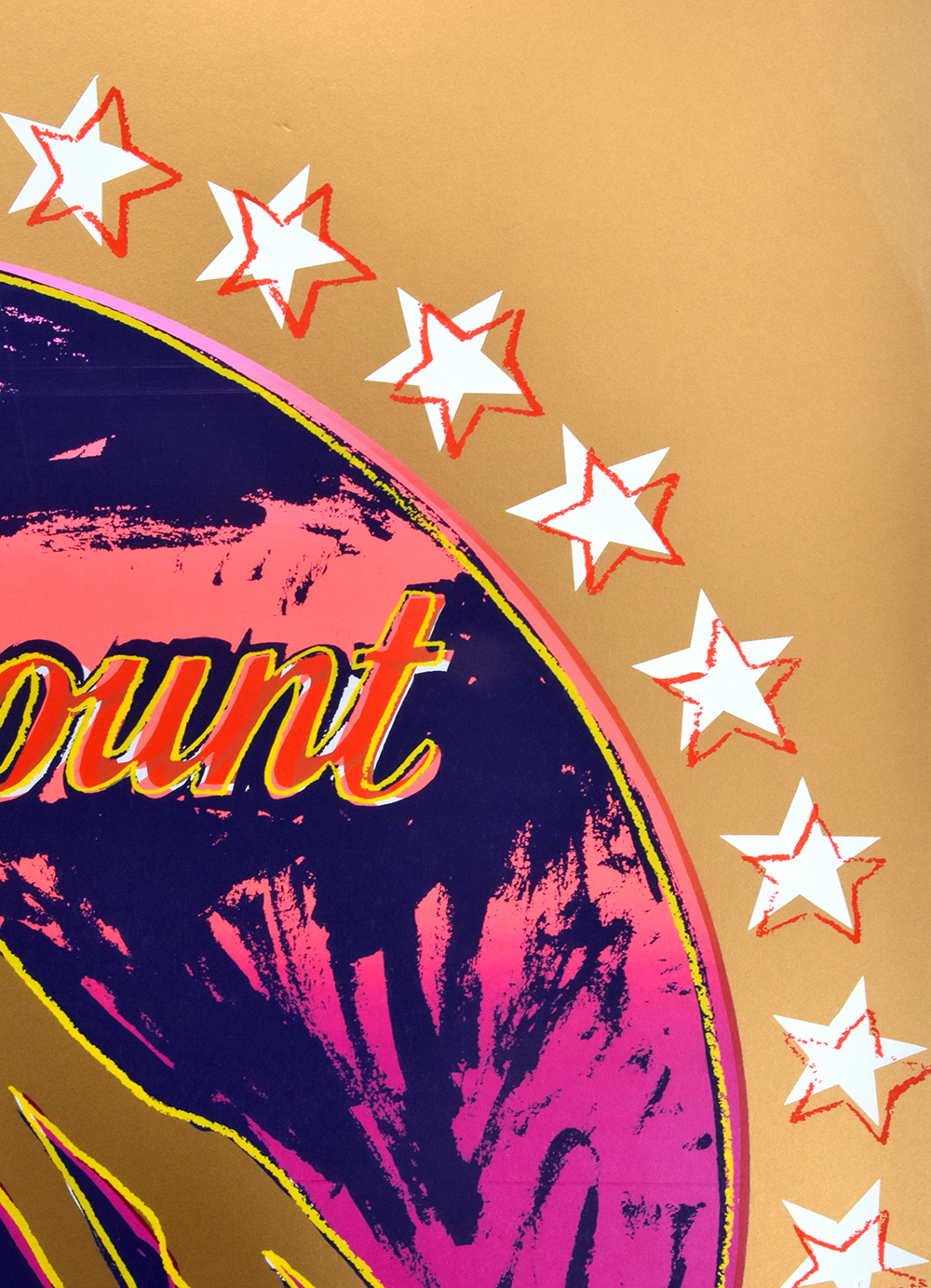 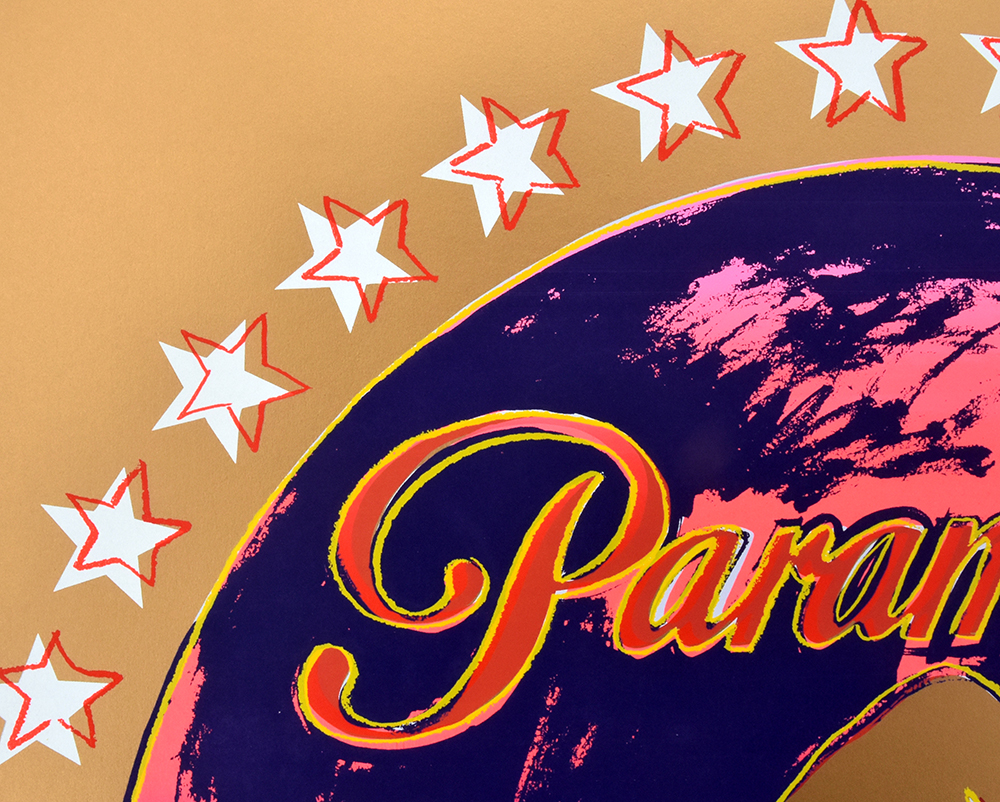 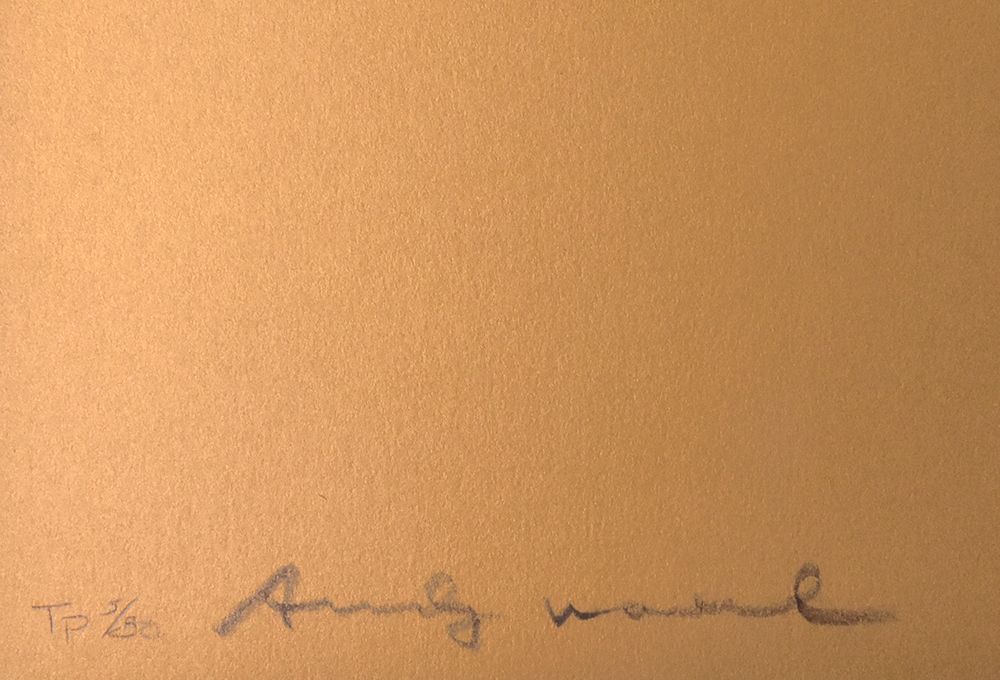 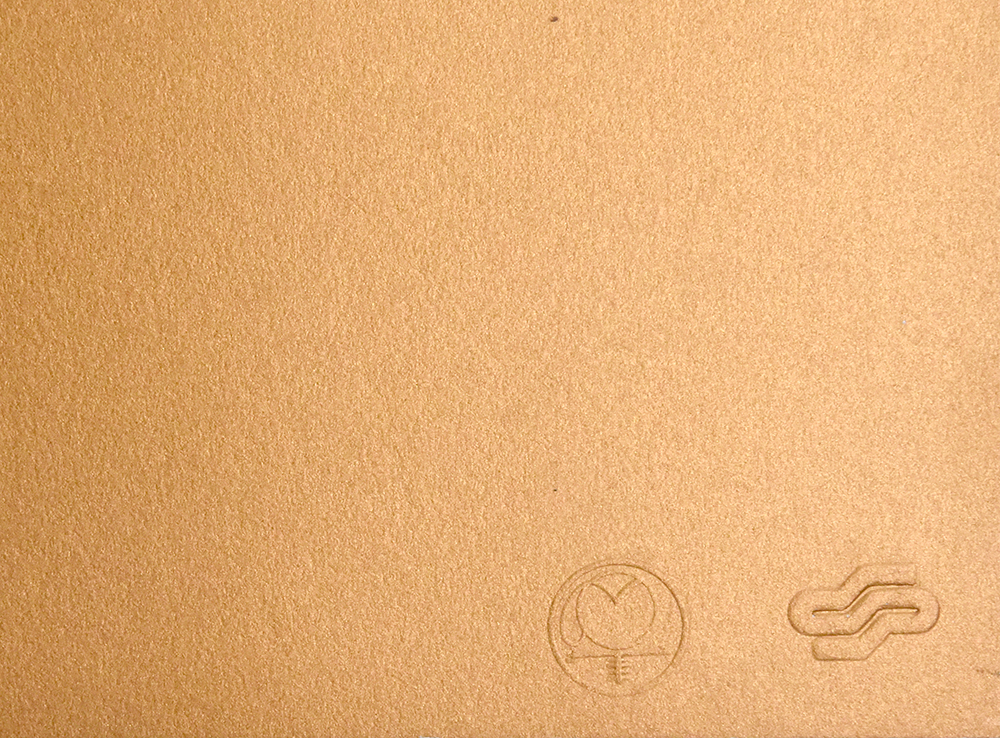 Andy Warhol Paramount, from the Ad Series, 1985 re-imagines the iconic logo of the titular American film studio. Warhol alters the colors from his source imagery, but despite the departure from the trademarked version, the inspiration is still legible. Shimmery gold coats the negative space of the composition, while sunset hues saturate the environment behind silhouette of the mountain peak. An incomplete circle of white stars surrounded the Paramount name and mountain; the stars are the only element absent of color, and stand out with brilliance in the composition. Amidst the stunning coloration, Warhol inserts a few reminders of the advertisement inspiration. If not for the commercial typeface which boldly declares the parent conglomerate corporation of Paramount in Sans-Serif letter ‘A Gulf + Western Company’ and the registered trademark symbol ® in the lower right, the viewer almost forgets the commercial nature of the subject

Created in 1985, this color screenprint on Lenox Museum Board is hand signed by Andy Warhol (Pennsylvania, 1928 - New York, 1987) in pencil in the lower left. A unique work inscribed ‘TP’ (trial proof) and numbered from the edition of 30 unique trial proofs; aside from the edition of 190; published by Ronald Feldman Fine Arts, Inc., New York; printed by Rupert Jasen Smith, New York.

Catalogue Raisonné & COA:
Andy Warhol, Paramount, from the Ad Series, 1985 is fully documented and referenced in the below catalogue raisonnés and texts (copies will be enclosed as added documentation with the invoices that will accompany the sale of the work).

About the Framing:
Framed to museum-grade, conservation standards, Andy Warhol, Paramount, from the Ad Series, 1985 is presented in a complementary moulding and mats and optical grade Plexiglas.