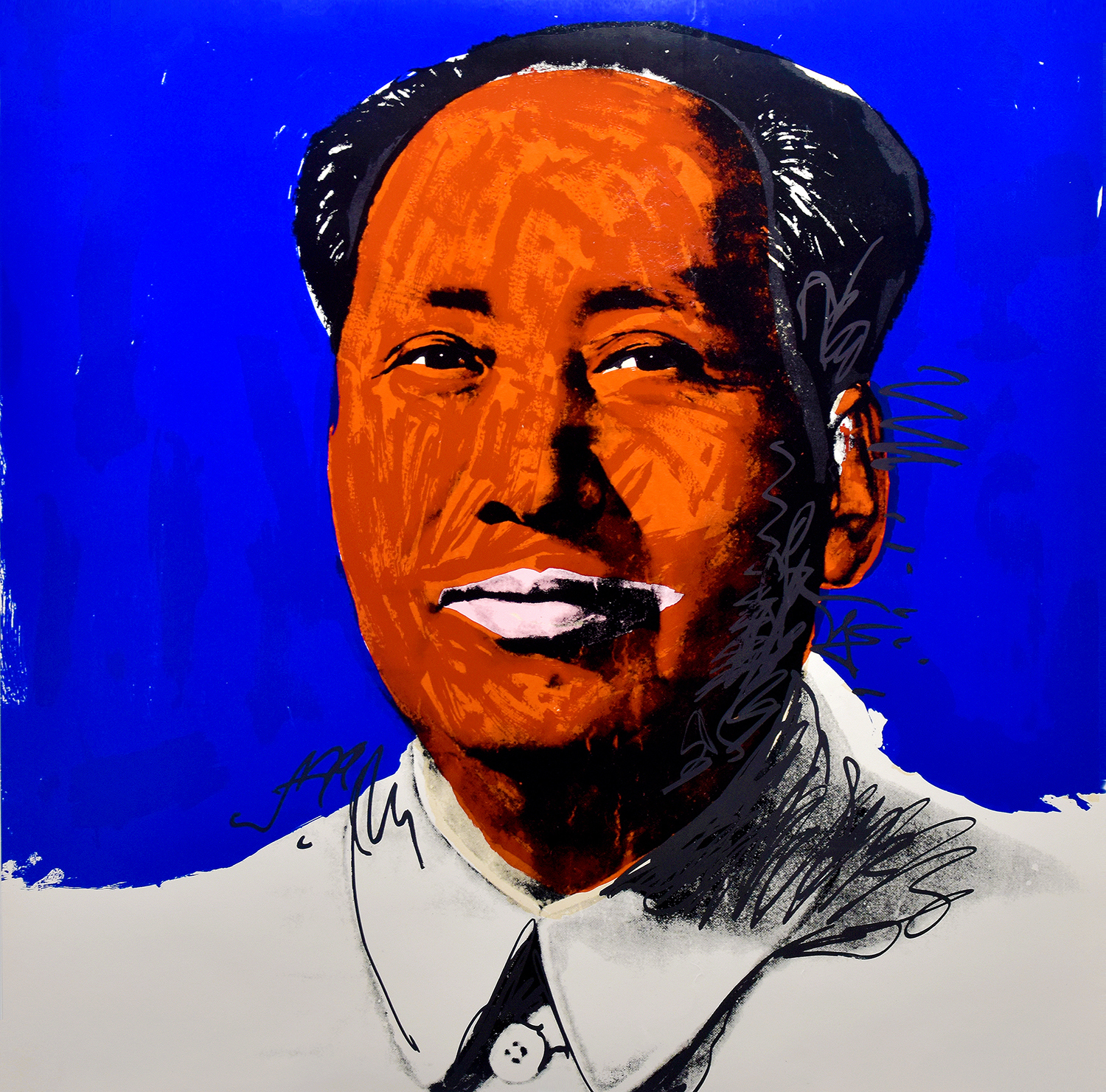 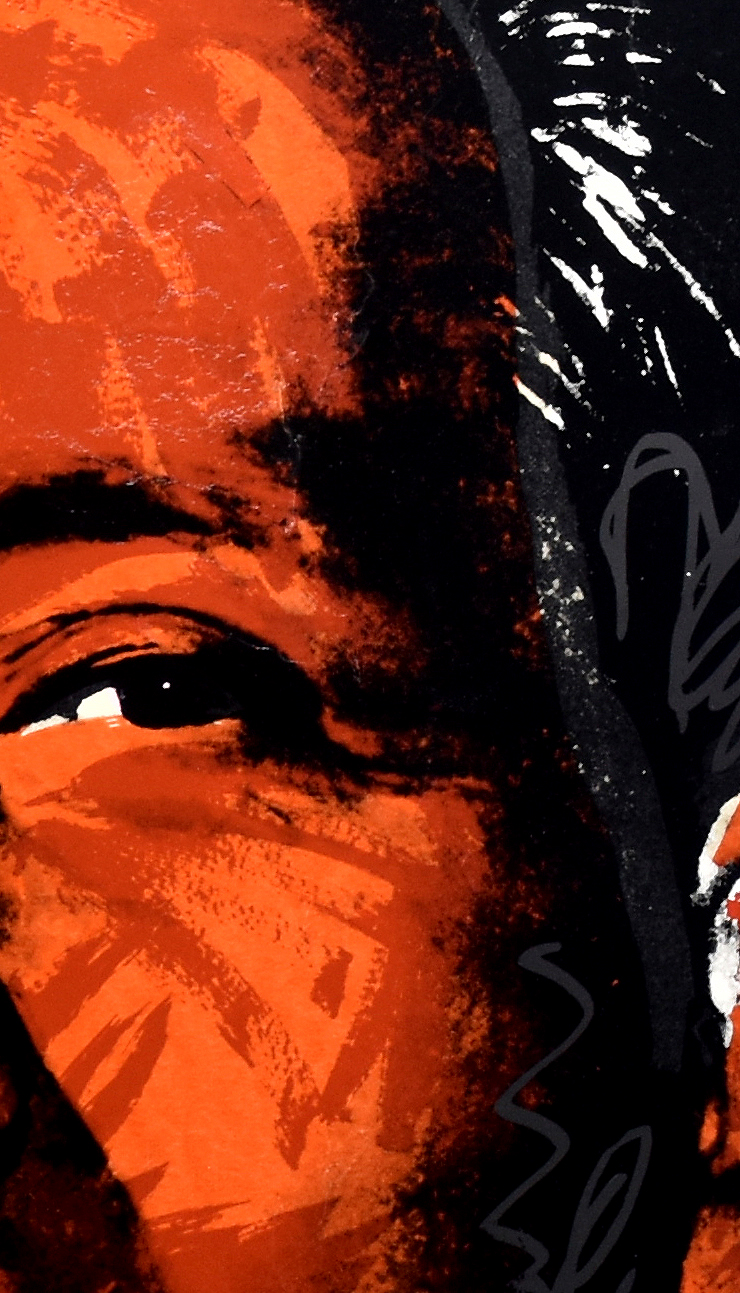 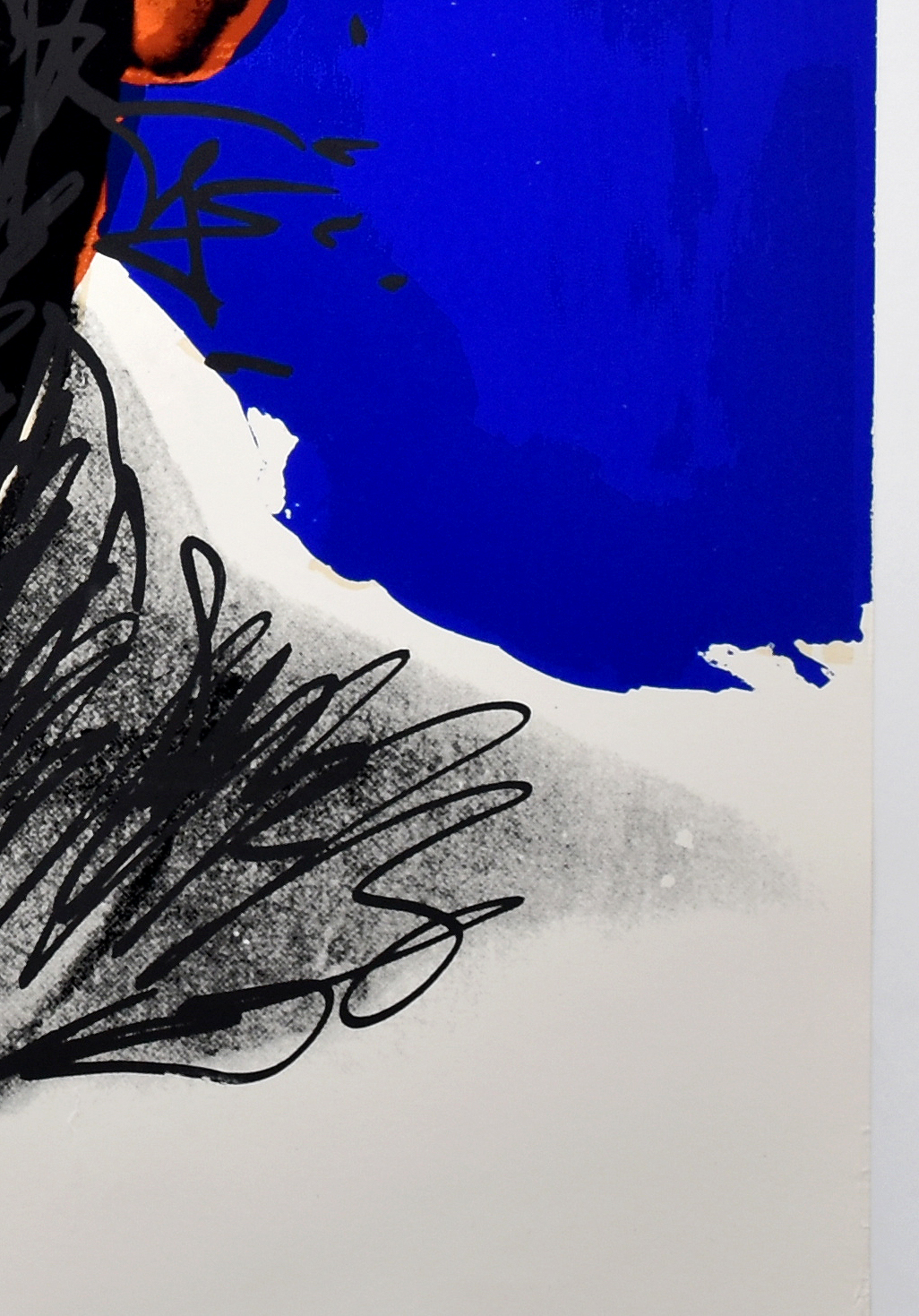 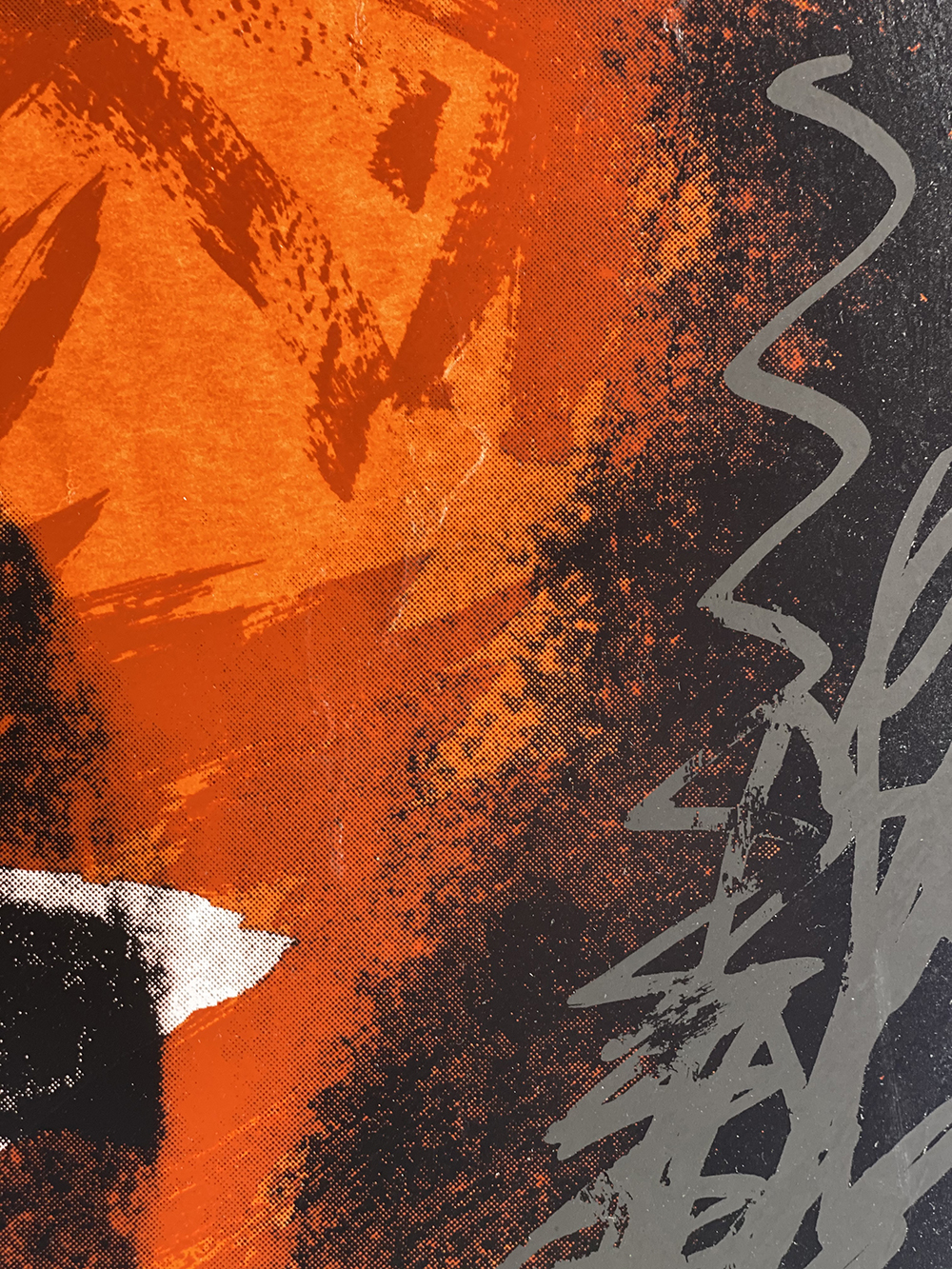 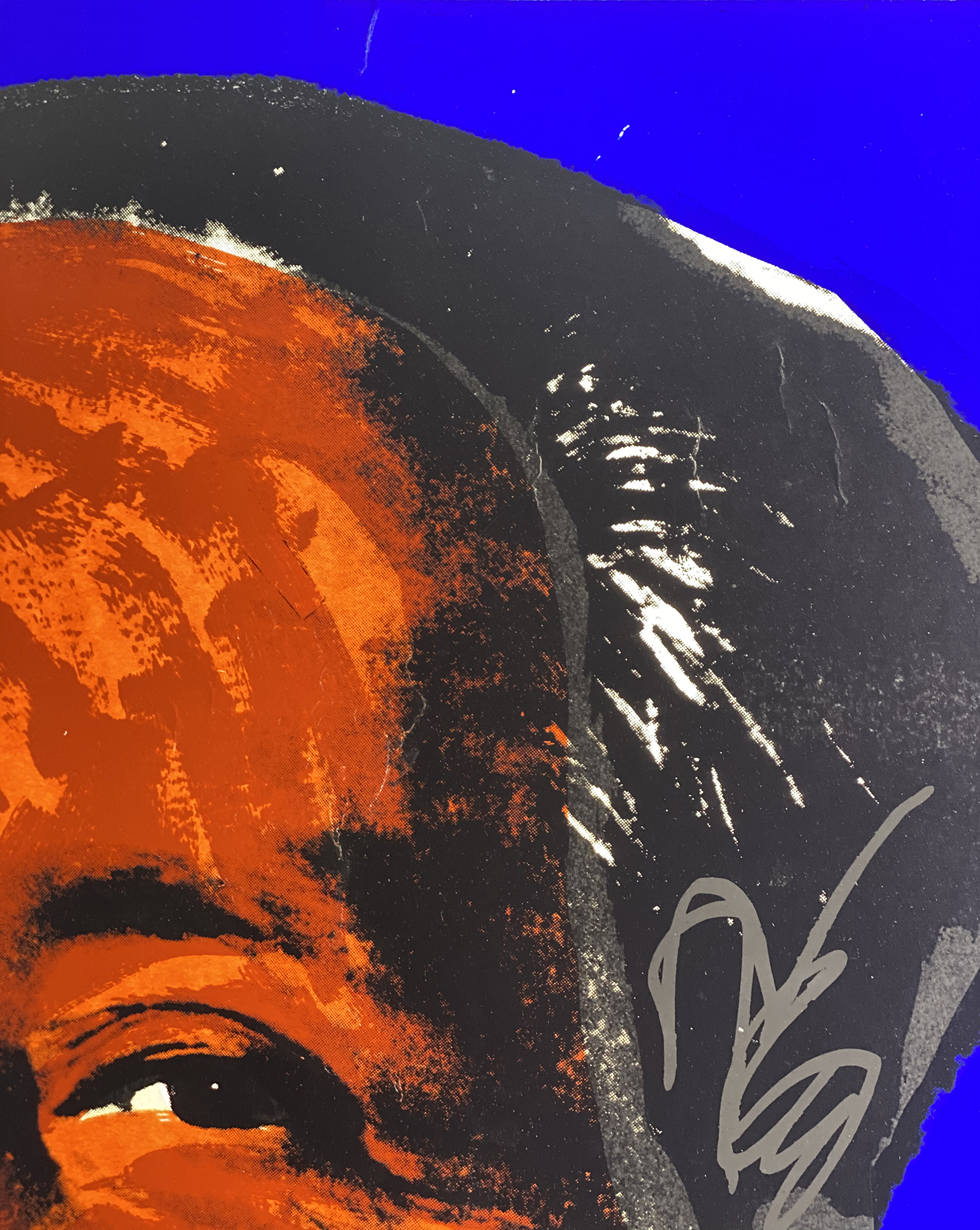 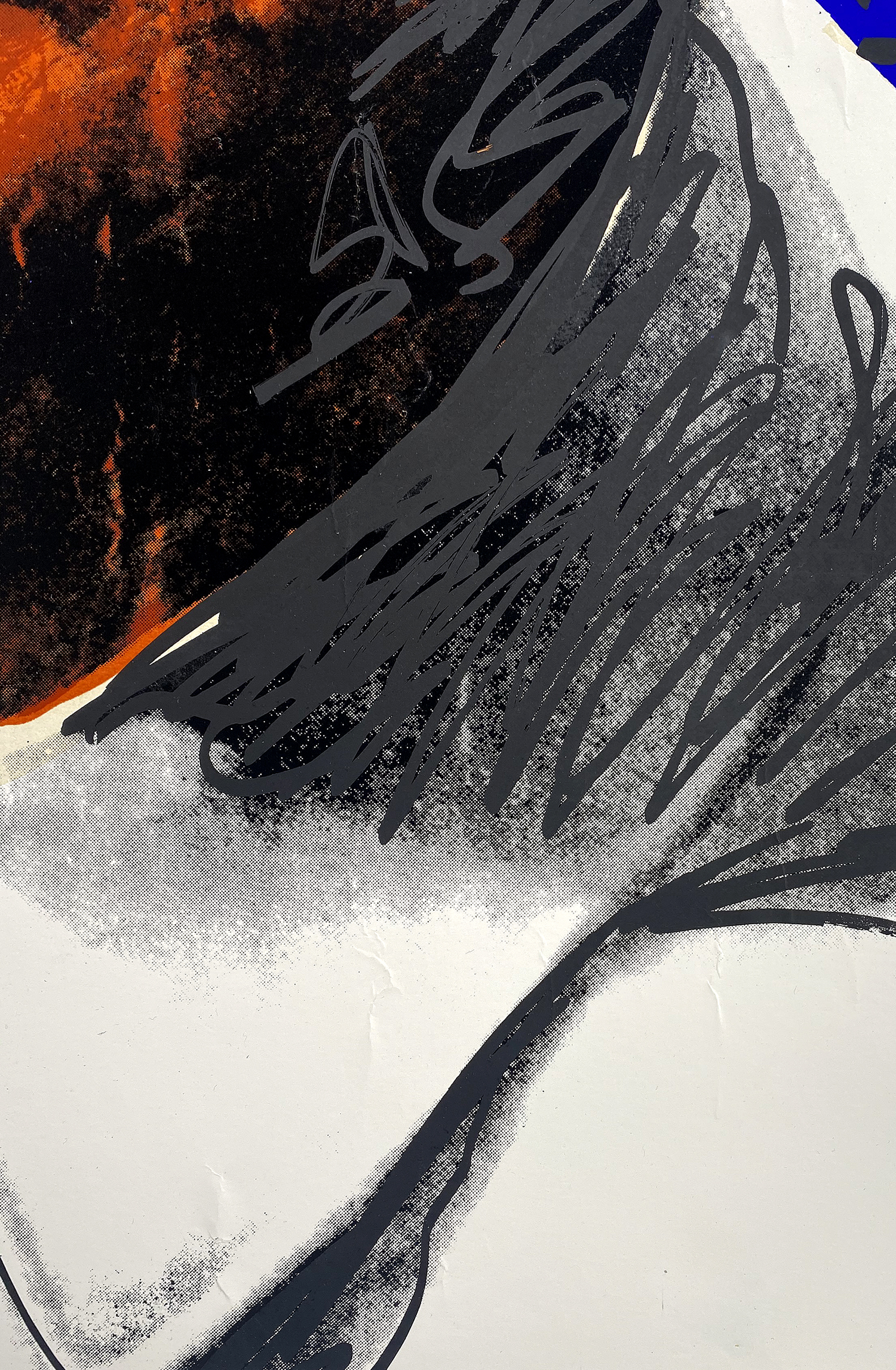 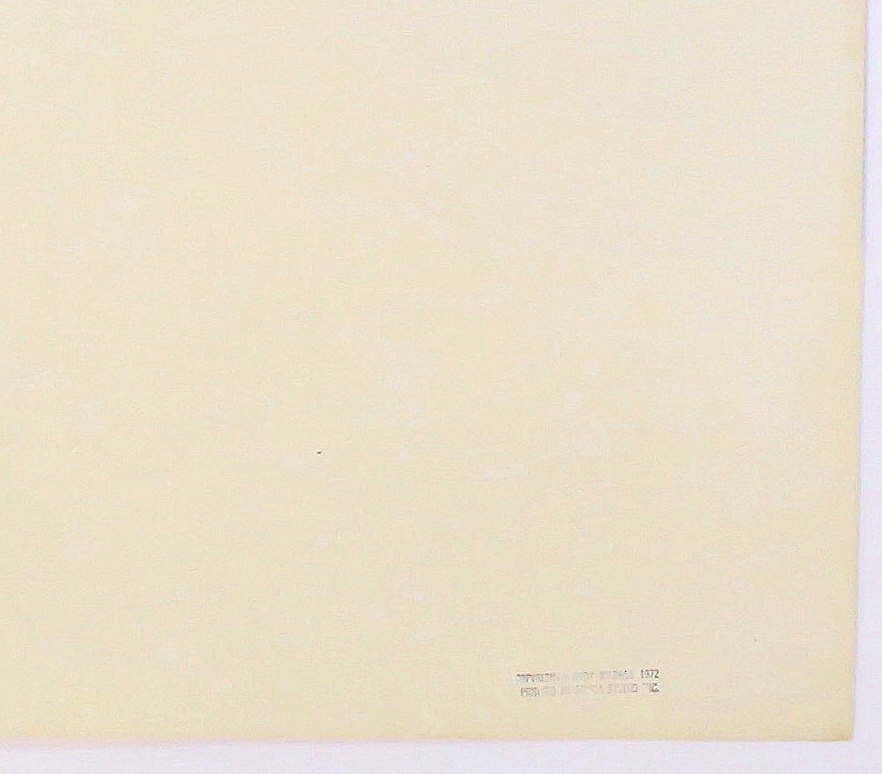 Andy Warhol Mao, 1972 is one of Warhol's most famous images ever produced. Warhol became obsessed with celebrity figures towards the end of his career and Mao Zedong, the Communist leader of China, was the perfect subject. This screenprint shows the famous portrait of Mao that was plastered on every newspaper and poster around the world in Warhol's classic pop-art style. The bright colors used for Mao's face contrast with the solid background and creates an even more eye-catching image than the already compelling original portrait.

Warhol was inspired to paint Mao when President Richard Nixon visited China in 1971. The artist had been seeking a new subject for his repetitive celebrity portraits and had almost chosen Albert Einstein, but ultimately wanted someone with more power. No one had more political power and infamy than Mao at the time. Mao's face was everywhere in the media and society was constantly bombarded with images of his face. This type of cultural obsession was exactly the sort of thing Warhol was interested in and resulted in this incredibly captivating work.

Created in 1972, this color screenprint on paper is hand signed by Andy Warhol (Pennsylvania, 1928 - New York, 1987) in ink on verso. Numbered from the edition of 250 with a rubber stamp on verso.

Catalogue Raisonné & COA:
Andy Warhol Mao, 1972 is fully documented and referenced in the below catalogue raisonnés and texts (copies will be enclosed as added documentation with the invoices that will accompany the sale of the work).

About the Framing:
Framed to museum-grade, conservation standards, Andy Warhol Mao, 1972 presented in a complementary moulding and finished with silk-wrapped mats and optical grade Plexiglas.