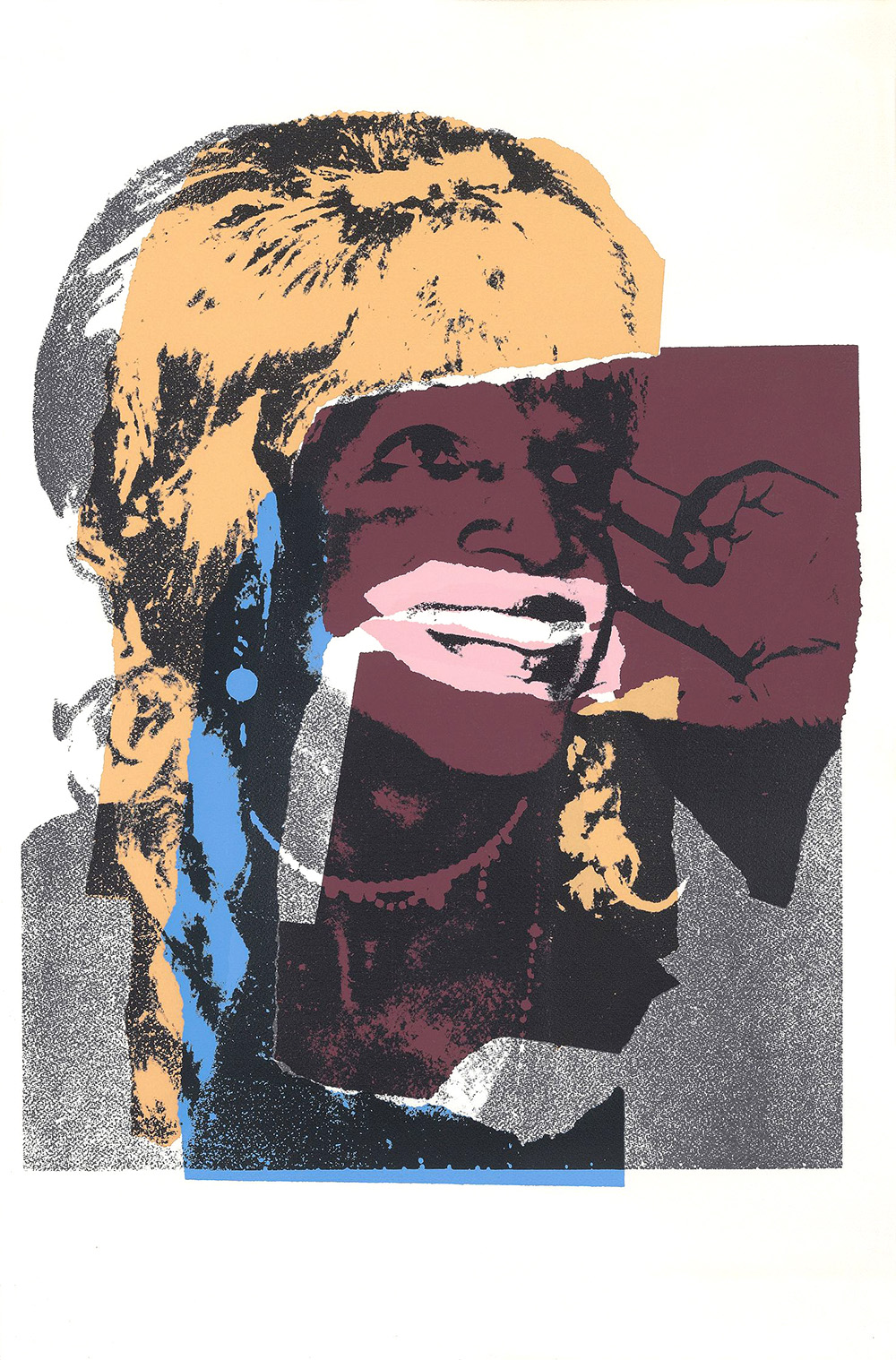 Andy Warhol Ladies and Gentlemen, 1975 FS II.133 is a portrait of Marsha P. Johnson, a drag queen from New York City who was instrumental in gay rights activism at the time. Marsha's face is overlaid with semi-transparent shapes of yellow, blue, pink and maroon. Created in 1975, this screenprint is one of ten prints in the portfolio. Warhol based the prints off of black and white polaroid photographs he took. The idea for the Ladies and Gentlemen series originally came from art dealer Luciano Anselmino. Under Warhol’s direction,  Bob Colacello, editor of Interview magazine, recruited several black and Hispanic drag queens from the The Gilded Grape in Greenwich village. Warhol was fascinated by the drag queens of New York, who had a self-possessed confidence to their looks and personality. This series was first exhibited in Italy at the Palazzo di Diamente.

Catalogue Raisonné & COA:
Andy Warhol Ladies and Gentlemen, 1975 FS II.133 is fully documented and referenced in the below catalogue raisonné and texts (copies will be enclosed as added documentation with the invoices that will accompany the sale of the work).

1. Feldman, Frayda and Jörg Schellmann, A Catalogue Raisonne, 4th ed. Listed as catalogue raisonné no. II.133.
2. A Certificate of Authenticity will accompany this artwork.

About the Framing:
Framed to museum-grade, conservation standards, Andy Warhol Ladies and Gentlemen, 1975 FS II.133 is presented in a complementary moulding and finished with silk-wrapped mats and optical grade Plexiglas.