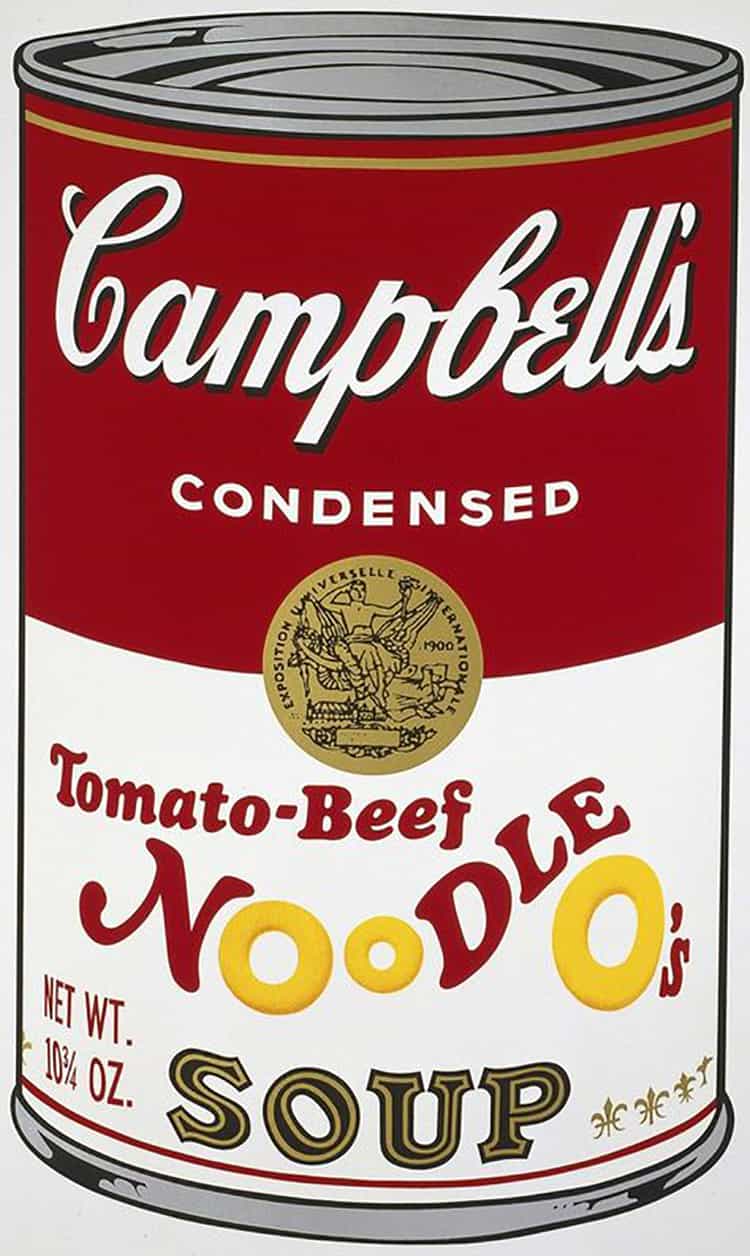 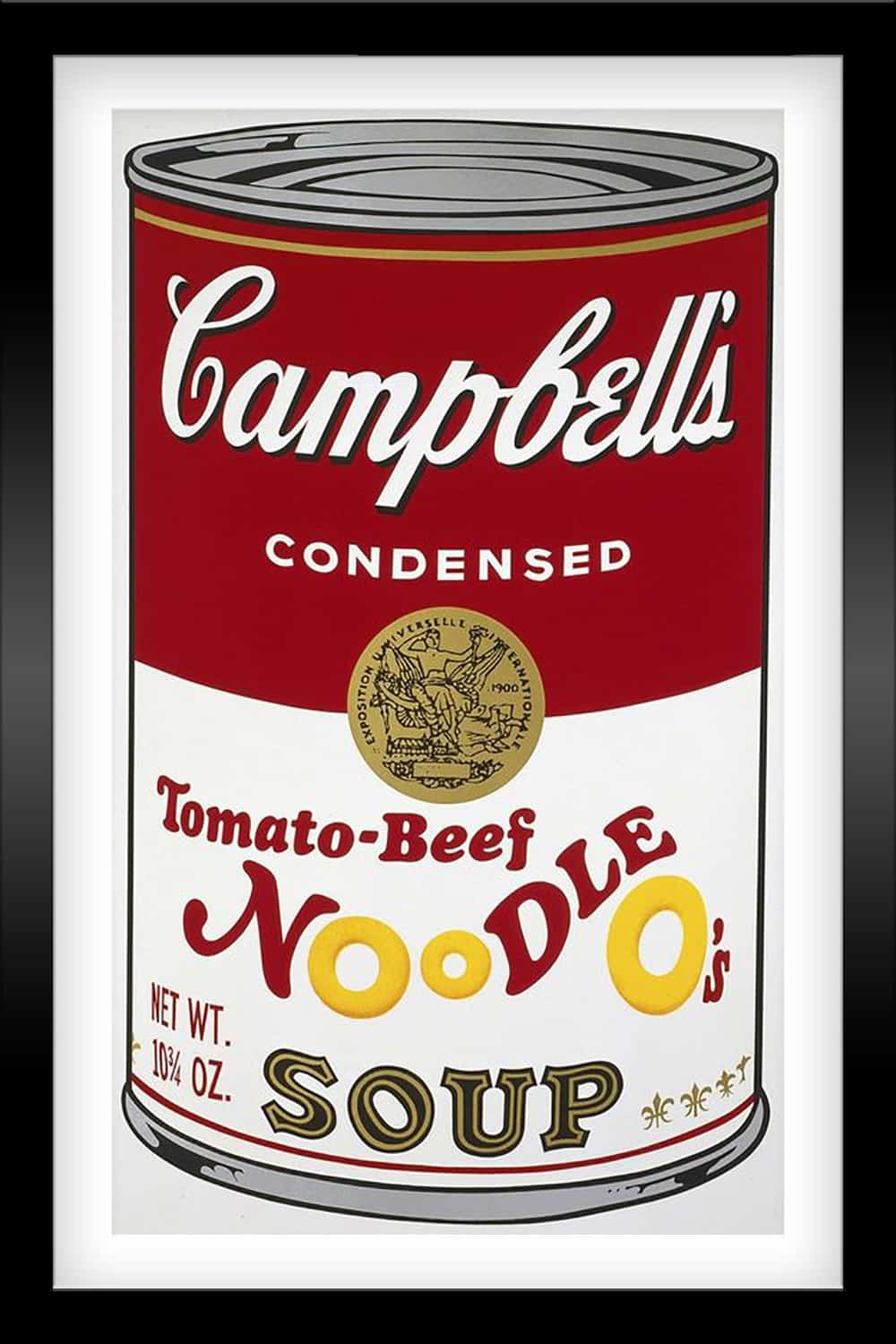 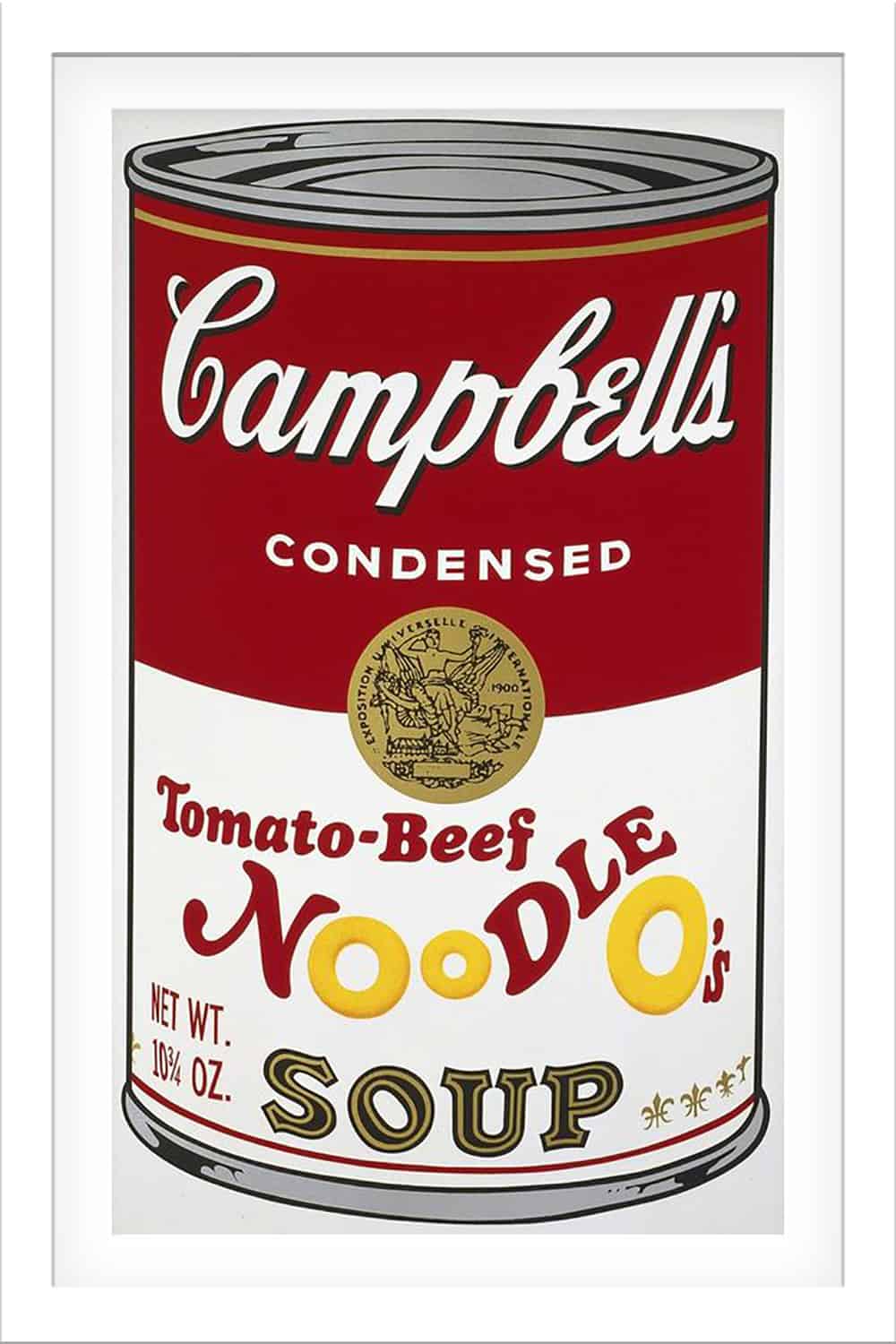 Andy Warhol Tomato Beef-Noodle Soup, from the Campbell's Soup II Portfolio, 1969 is without a doubt one of the most recognizable modern art images in the world.  A simple Campbell's soup can, blown up to fill the 35x32 inch sheet, is depicted in flat colors and graphic lines, unassuming and innocuous in its simplicity. This simplicity, which lays out this staple of American consumerism without any additional flair or embellishment, has made Warhol one of the biggest figures in art history; having these everyday objects unapologetically presented as art challenged the entire concept of what art is. Half a century later, Warhol's Campbell's Soup Cans remain one of the most ubiquitous and important art works, instantly recognizable and iconic.

Created in 1969, this color screenprint on paper is hand signed by Andy Warhol (Pennsylvania, 1928 - New York, 1987) in ink on verso. Numbered from the edition of 250 with a rubber stamp on verso, this work is printed by Salvatore Silkscreen Co., Inc., New York and published by Factory Additions, New York.

Andy Warhol Tomato-Beef Noodle Soup, from the Campbell's Soup II Portfolio, 1969 is fully documented and referenced in the below catalogue raisonnés and texts (copies will be enclosed as added documentation with the invoices that will accompany the sale of the work).